Zahira Kamal
'With Maha, you didn't just say it. You did it,' remembers Zahira Kamal, Palestinian Women's Affairs Minister, of her friend who died this month 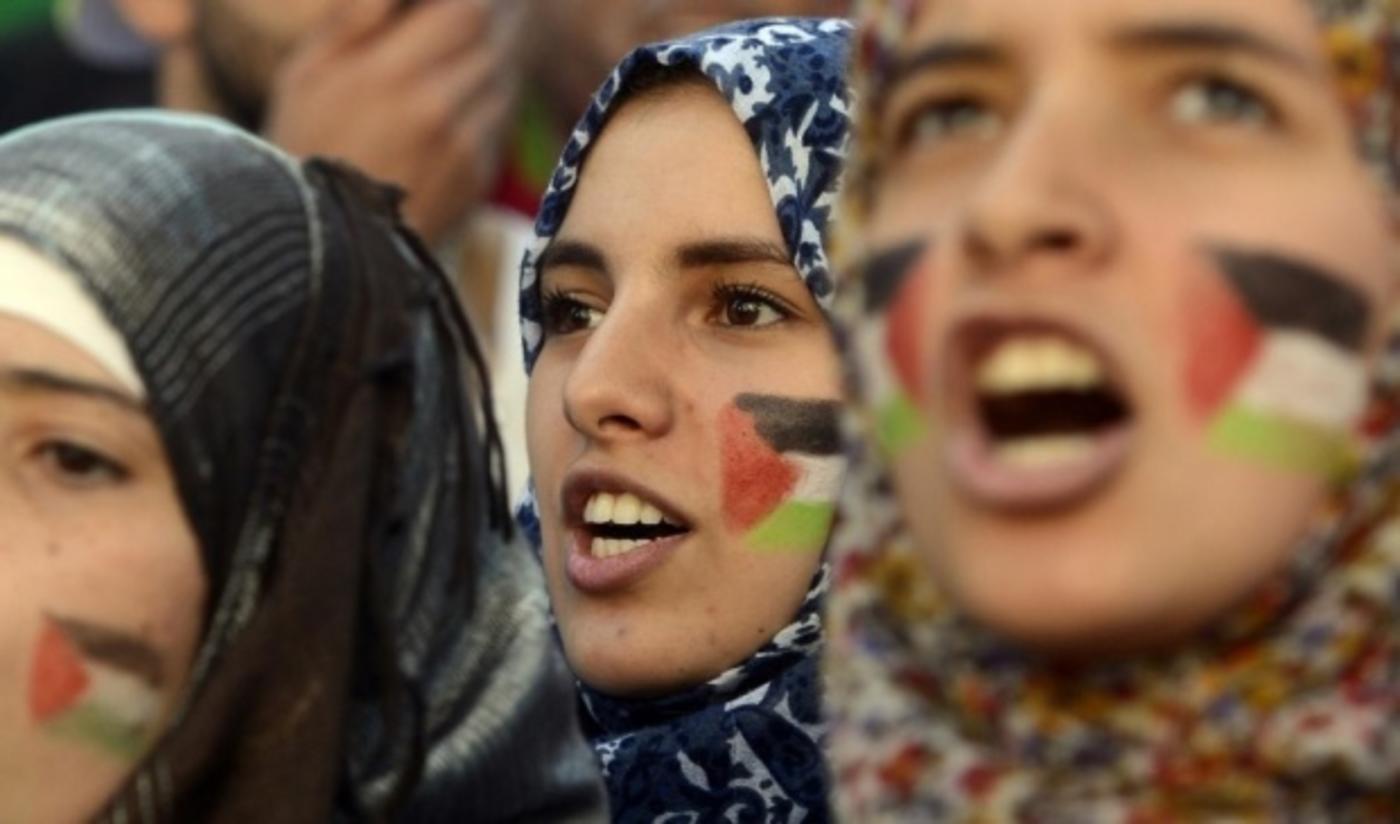 I first met Maha Abu-Dayyeh 40 years ago, at the beginning of her career. She was teaching English at Ramallah Women's Training College. I was a physics teacher there, and it was clear that we had the same ideas about women and equality. We were collegues; we quickly became friends.

When Maha left the college to continue her education, we kept in contact. She took her Master's Degree, and returned to Palestine to teach at Birzeit University. After a short time, she left to work with Quakers to help Palestinians, and particularly prisoners, who had been affected by Israeli policies.

By 1989, over a decade since we first met, I was heading an organisation called the Women's Action Committee (WAC), and we had the idea to start a unit that gave legal aid and counselling to women. At the time, WAC was a very active organisation, but those women that were a part of it were very politically affiliated and heavily involved – activists in the Democratic Front and Democratic Union (FIDA). We hoped to create something with the same vision, but which could help all women - a centre to benefit everyone. This would become the Women's Centre for Legal Aid and Counselling.

We began to put together a board of trustees, and looked for someone who could be director of the centre. We needed a fighter, someone who was not afraid to express their opinions and who had a strong vision. Maha, a feminist, a fighter for human rights, and a woman with strong ideas, who could hold a message and put it out to the world, was the immediate choice.

The centre was starting from scratch. We had no budget, no salary, no sponsors, nothing really. The salary we could give Maha was much less than she took from the Quakers. But it was up to Maha to put everything together and to go to market, selling the idea of the centre, convincing donors to support a place like it, and to make it a reality.

I remember up to now her face when she accepted. I said, “You can think about it”. She simply replied, “When do you want be to start?” In 1991, the WCLAC Centre began.

Many talented women came to work for WCLAC and the board was then – and is now – excellent, with a great vision. But with Maha, that vision could become reality: something more than just a blueprint on paper. With Maha, you didn't just say it, you did it. She gave this push for the idea, and it grew to become something that could be a model for other Arab countries, and that's now well-known worldwide, too.

By the end of 1993, I was working with the UN Development Programme, starting the Women in Development Unit. In UNDP and in Palestine, we were thinking carefully about what the women's movement demanded. There were three points, and Maha, the new organisation, and others, were very aware of this and organising their work around it.

Secondly, it seemed we were becoming a state, so we needed to know what laws were being put in place, what the gaps that discriminated against women might be, and how the laws could be changed to protect women and defend their rights.

Third, it was a kind of “who's who” among Palestinian women. Whenever we discussed women taking leadership positions, people said they didn't know who these women in leadership were or could be. There was a need to collect the names and experience of women who could be in positions like these, and to share them.

WCLAC mostly worked on issues related to the laws: going through the laws and to see how they discriminated against women, reforming them, and challenging them.

Maha knew that change had to come from different levels. You can make change from above, or you can make it happen from the bottom up. WCLAC worked on both ways. First, it raised women's awareness about their rights, allowing them to begin to fight for those rights – that was organising from the bottom up. Secondly, it worked to convince decision makers to put good laws in place , ones which would enable women to actually fight for their rights.

Then, in 1996, we had the elections. It was first time Palestinians had a legislative council, and it was Maha's idea to create a shadow parliament: a place where women could advocate for their rights with decision makers, to say how they thought the legislative council should work and what sort of decisions they should make. It was Maha, in 1998, who made it happen.

In March of that year, the new project had a meeting in Ramallah. We had experts from all over the world, and women from Palestine – children who had been raped, women who had suffered violence. Many important voices shared their stories.

That was also that time that Maha discovered that she had cancer in her throat. She started radiotherapy and it was very, very difficult for her. “It is burning inside,” she told me. But she came to the meeting, even though she was not able to speak.

It wasn't easy. People tried to talk against the project. They said it was imported from the Western world, that we were communists, that we were taking the people away from God. In the mosque, they were talking about specific women in the communities. It was a very hard time. But Maha didn't give up.

Now, we've just finished documenting the experience with the shadow parliament. It’s an important record of Maha's work. When I was writing the introduction, she kept telling me that I'd have to finish it quickly, that she wanted to read it all before she passed away. I didn't want to hear that at the time, of course. But I'm happy to say that the book was finished in time, in the weeks before Maha passed away.

I hope that this record will make an impression: it's important to Palestine of course, but all over the world it will give the younger generation an opportunity to see how people have been able to persevere with what they believe. So many people are afraid to defend their beliefs, but here, because we had strong people like Maha who had a strong vision and beliefs, we were able to succeed.

Supporting other women was always a crucial part of Maha's work. She wasn't afraid to work with strong women. That's not normal – many people are afraid to do it, but Maha knew that by working with strong women, you become stronger. We weren't easy people to work with, and there were plenty of things we agreed on, and things we disagreed on, too. We had different styles of management and of work. But because we have the same vision, the same values and the same beliefs, we continued working together. We added to each other.

Maha was all about helping other women to grow and develop, and her hard work and solidarity is part of the reason that many Palestinian women are in the positions they are now. She supported women at the centre to earn their Master's Degrees while working there, or helped them with scholarships. When positions came up outside the centre, she wasn't possessive about her staff. Soraida Hussein is now Director of the Women's Technical Affairs Committee, a role Maha encouraged and supported her to take. Randa Senora is heading the Independent Commission for Human Rights. Shada Odeh was in WCLAC's health unit, she's now heading the health working committee. Luna Saadeh is now with Unifem. The list goes on. There are many women taking these high positions.

This is something very special about Maha's work. Everything she did brought women forward, as individuals, as a group demanding representation, rights and opportunities. She built a model for women, as a fighter, a feminist, and a national figure. A look at the individuals in attendance at her funeral showed simply what a remarkable person she was.

Until the last moment, she was working. She didn't want to see anyone have pity for her. After chemotherapy on Monday, she came to the centre. I think if she didn't do that, she might not have kept going as she did: her work, perhaps, enabled her to continue until now.

She will leave a huge gap: for her friends, who were used to talking to her every day, seeing her at the centre and having her call them with new, exciting ideas. We have lost of a visionary person, a person with warmth and humour and humanity. It is a loss for her family, for the organisations she worked with, for Palestinian women, and a loss for our country.

She cannot be replaced. But everything she did to support other women and organisations will mean her work will continue. And it's this – continuing with the work that Maha did, and with the work of the centre – that can help us take out the sorrow of her passing away. 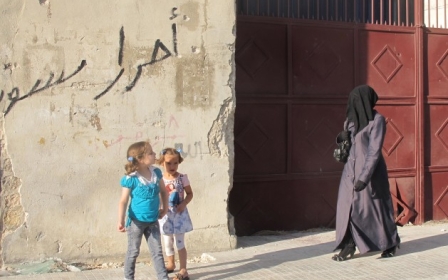 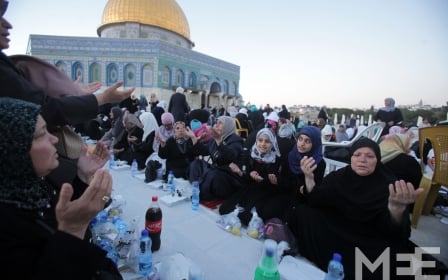 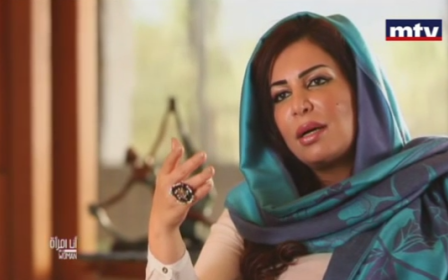