Liberal media war-mongering about bombing of Iraq and Syria

Gregory Shupak
Several left-wing authors have advocated bombings to stop IS atrocities, bombings which are atrocities in their own right 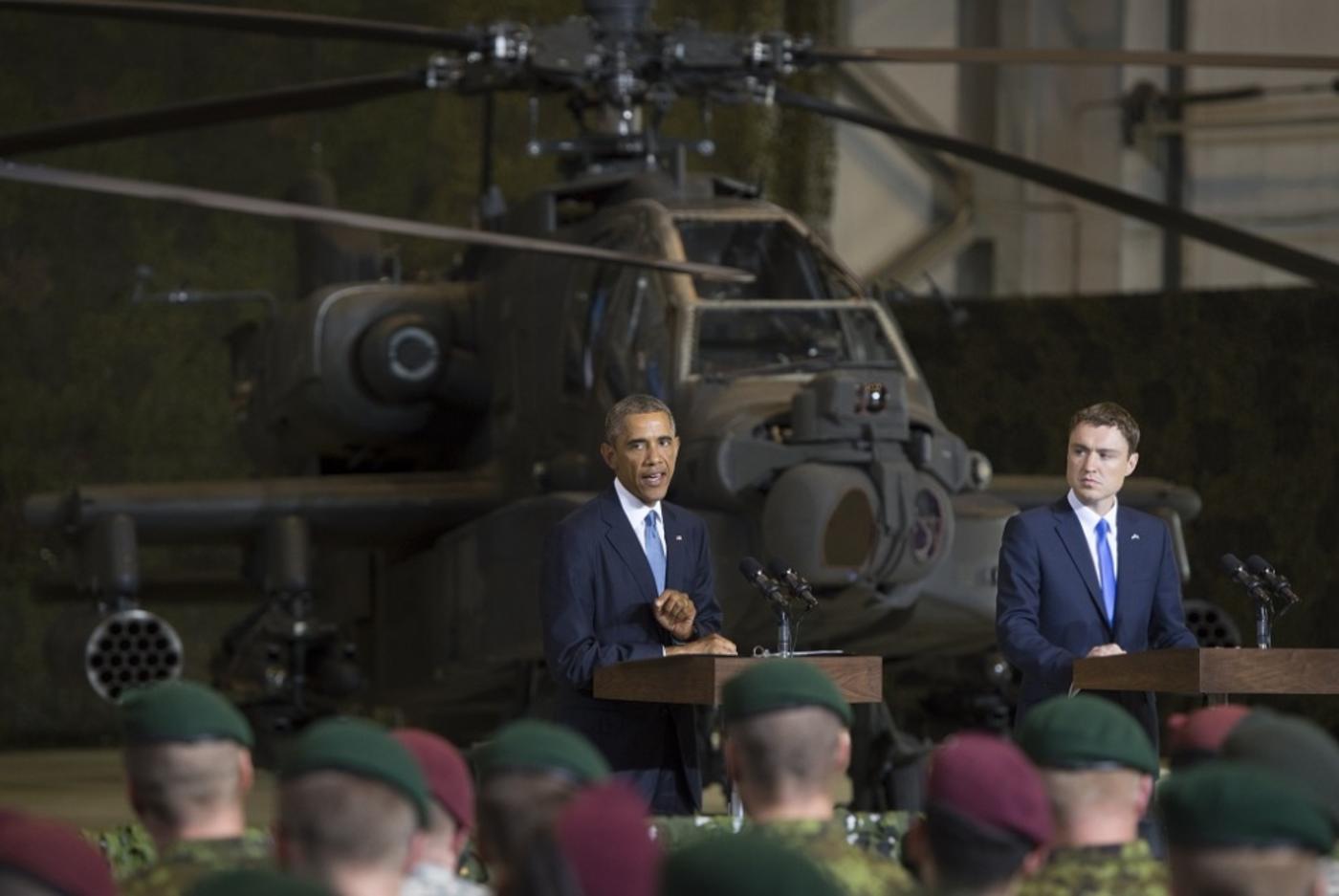 Once again the bleeding hearts are primed to make brown bodies bleed. Much of the liberal media commentary on the Obama administration’s airstrikes against Islamic State (IS) targets in Iraq and Syria has characteristically been an exercise in misinformation and warmongering.

Authors such as Jeffrey Goldberg, Nicholas Kristof, and Leon Wieseltier have advocated bombings as a strategy for stopping IS’s past and potential atrocities with western airstrikes that are atrocities in their own right. Goldberg, Kristof, and Wieseltier can be understood as war-mongers in that they say nothing about the ways that the West could help address the IS crisis without bombing Iraq and Syria.

Other liberal historians, journalists and writers have taken a more rounded approach.

For example, Vijay Prashad, a professor at Trinity College in Connecticut, points out that the United States can, “urge the former Syrian Contact Group - Egypt, Iran, Turkey and Saudi Arabia - to conceive a regional strategy to de-escalate the war in Syria, urge a unity government in Iraq and put pressure on Turkey to cease its open-door policy for international jihadis.”

Institute for Policy Studies’ Phillis Bennis similarly suggests that the West could play a constructive role by establishing a comprehensive arms embargo, “pressuring US ally Saudi Arabia to stop arming and financing IS and other extremist fighters,” and “drastically increasing “humanitarian contributions to UN agencies for the now millions of refugees and IDPs [internally displaced persons] in and from both Syria and Iraq.”

Palestinian journalist Mouin Rabbani also argues that IS can be defeated if “political transition [is] actively pursued, not only in Syria . . . but equally in Iraq” and that “the emergence of institutions enjoying sufficient popular - and not necessarily electoral - legitimacy can address deep-seated grievances and peacefully resolve the conflicts that allow movements such as the IS to thrive.”

Yet, instead of considering these courses of action, The Atlantic’s Goldberg, New York Time’s Kristof, and the New Republic’s Wieseltier advocate intensifying violence in the region. Western bombings constitute the addition of a new form of violence – and in the case of Iraq the return of – and merely add another form of mass killing to the area. In this way western action has to be understood as an escalation of conflict.

Absent sound reasons for thinking that airstrikes will help Iraqis and Syrians threatened by IS, people with sincere concern for IS’s previous and possible victims would oppose adding another dimension to the conflicts in those countries.

But Wieseltier takes for granted that western airstrikes will benefit people in the region by defeating IS and Goldberg and Kristof acknowledge that the bombings may not have that effect but nevertheless endorse them.

It is hard to say which of these positions is more absurd:  assuming both that bombings carried out in the Levant by one of its chief tormentors will make life better in the Levant - and that sectarian violence can be undone by effectively intervening on one side of a sectarian war - or recognising that killing people from the air is not especially likely to help end the conflicts, but approving of that killing anyway.

If they were serious about protecting minorities and anti-IS Sunnis from IS, these writers would urge western powers to address the inter-linked, underlying conditions that have allowed the group to thrive. These issues include: the US destruction of Iraq and subsequent support of a Shiite regime that oppresses Iraqi Sunnis, Syria’s civil war, sectarianism exacerbated by the proxy war between Iran and the Saudis and their respective allies.

IS has not gained power because of insufficient US military involvement in the region. Precisely the opposite is true.

When Goldberg, Kristof, and Wieseltier endorse airstrikes in Iraq and Syria, they are taking a stance that is about as likely to be objectively favourable to IS as it is to harm them.

Airstrikes can create the perception that the west is intervening to support Shiites in sectarian conflicts with Sunnis, thus strengthening IS’s base among Sunni fearful of Shiite. Western bombings could also build support for IS among people living in its domain who may come to see it as the only force capable of fighting off a western attack, an outcome that increases in likelihood roughly in proportion to the deaths caused by western airstrikes. In this sense, what Goldberg, Kristof, and Wieseltier are doing is justifying a western war that will kill more Syrians and Iraqis and could well have exactly the opposite effect as its stated aims.

The hawkish right in western societies will favour essentially any bombing undertaken against people living in the global south until, or unless, such wars are deemed too expensive.

However, there is a segment of the population in western countries that has at least some concern for the welfare of people in the Middle East. This constituency can be won over either by those who favour the current ill-conceived, lethal escalation of war, or by those who take the opposite position.

When Goldberg, Kristof, and Wieseltier support airstrikes partially on human rights grounds, they bolster pro-war sentiment among a segment of western society that might conceivably help inhibit their governments from taking such a deadly and potentially disastrous course.

By preaching to the not necessarily converted, this group renders a service to the imperial state that is far more valuable than that which is performed by the likes of Fox News and far more harmful to the people of the Middle East as well.

- Gregory Shupak is an author and activist who teaches Media Studies at the University of Guelph in Canada.