The lies US presidential candidates tell about Palestine

CJ Werleman
If Americans continue to believe GOP lies, there won't be pressure on a US president to act as an honest broker for Middle East peace 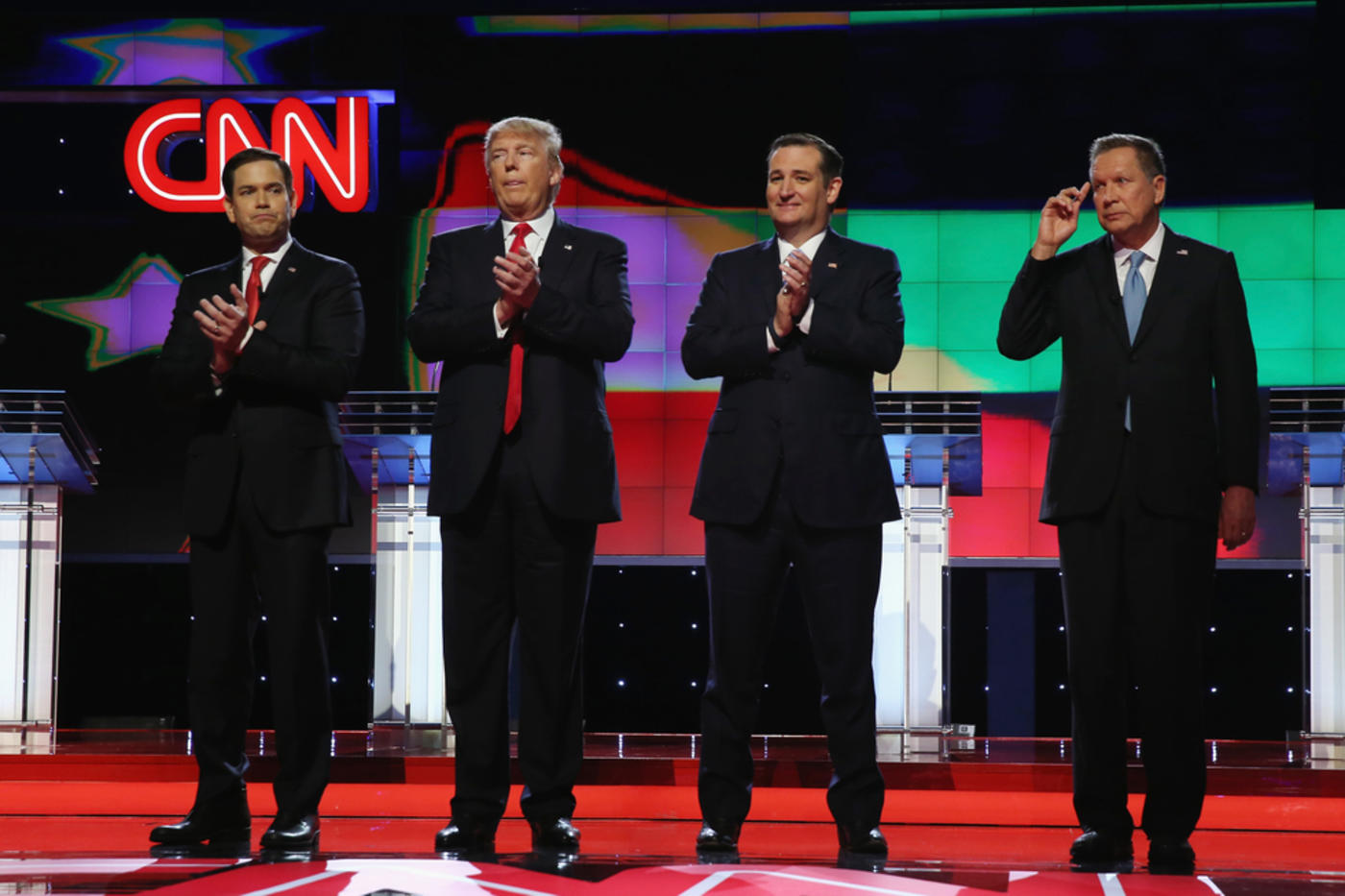 While there hasn’t been a single question about US support for Israel in any of the dozen or so Democratic presidential debates, the Israel-Palestinian conflict has returned to centre stage on the Republican side of the 2016 presidential race.

The reason the conflict has again become relevant to US conservatives, consuming as much time as other any topic during any of the past few GOP debates, is Donald Trump promised to be a “neutral” broker for peace.

Trump’s promise has given his GOP presidential rivals an opportunity to attack him from the right, which means Ted Cruz, Marco Rubio, and John Kasich have dusted off their very best Israel Lobby generated talking points.

Chief among them is the one that posits all Palestinians as maniacal suicide-bombers in waiting. “The notion of neutrality is based upon the Left buying into this moral relativism that is often pitched in the media. Listen, it is not equivalent. When you have terrorists strapping dynamite around their chests, exploding and murdering innocent women and children, they are not equivalent to the IDF officers protecting Israel. And I will not pretend that they are,” thundered Trump’s nearest rival Cruz.

In mainstream US political discourse, Palestinians are presented as blood-lustful Jew killers, living alongside an Israeli state that is portrayed as a “Fort Apache,” surrounded by indigenous savages who don’t want peace.

“The Palestinian Authority has walked away from multiple efforts to make peace - very generous offers from the Israelis,” Rubio asserted. "Instead, here's what the Palestinians do: They teach their four-year-old children that killing Jews is a glorious thing. Here's what Hamas does: They launch rockets and terrorist attacks against Israel on an ongoing basis.”

This Israeli narrative is often wrapped up with the failed 2000 Camp David peace talks, which falsely accuses Yasser Arafat of walking away from a deal that offered Palestinians 90 percent of what they want. “It is a terrible myth that Arafat and only Arafat caused this catastrophic failure. All three parties made mistakes, and in such complex negotiations everyone is bound to…No one is to blame,” a US special envoy to Jerusalem told The New York Times.

Even Israel’s lead negotiator, Shlomo Ben-Ami, remarked, “Camp David was not the missed opportunity for the Palestinians, and if I were a Palestinian I would have rejected Camp David as well.”

The Palestinian Authority urged the United States to kick-start multilateral peace talks as recently as November 2015. “Netanyahu wants to convince Obama and the world that the issue is Palestinian hatred of Israel,” said Husam Zomlot, a senior aide to PA president Mahmoud Abbas. “Palestinians, like all others, hate injustice, occupation and decades-long denial of their basic rights.”

The Palestinian request was denied by Israeli Prime Minister and ignored by the US.

Since Oslo, the number of Israeli settlers living in the West Bank and East Jerusalem has increased from 250,000 to 750,000. Clearly, it’s the Israelis who reject peace, not the Palestinians.

A new Pew poll found that nearly 50 percent of Israelis believe Arabs should be expelled from Israel, which, by some definitions, means nearly half of Jewish Israelis support ethnic cleansing. In 2008, another poll found that 64 percent of Jews expressed high levels of hatred toward Palestinians, bearing in mind this poll was taken three years after the end of the Second Intifada, and three years without a terrorist attack.

Pushed ever further right by a growing and more politically active settler demographic, the Israeli government speaks increasingly in a language that is hostile towards peace. Netanyahu has said that a two-state solution will never happen on his watch. Naftali Bennett, Israel’s education minister, has said the time has come for Israel to officially “annex the West Bank”, and Israel’s justice minister has called for a genocide on the Palestinians.

Padraig O’Malley, who helped negotiate a peace in Northern Ireland and authored The Two State Delusion, notes that Israel’s changing demographics suggest “a coming Israel will be a more anti-Palestinian Israeli, with a disturbing propensity to express expressions of hatred; more ultra-nationalistic; more suspicious of the Arab world, more right wing; less committed to democratic values; less tolerant and will have little trust in most institutions other than the defense forces.”

Following the failed Camp David talks, Yossi Ginossar, a member of the Israeli delegation and former Shin Bet official, said Israelis are unable to think about a peaceful resolution to the conflict because Israel society has so effectively dehumanised the Palestinians. “I have believed that until Israelis humanise Palestinians as a society and as individuals, and thus also rationalise the Israeli-Palestinian conflict, the conflict will not be ripe for the conclusion of any peace agreement. [Our governments have] failed to humanise Palestinian society in the eyes of the Israeli public and make Israelis see Palestinians as normal society… As a society we must learn to treat Palestinians as human beings who have the same authenticity that we ascribe to ourselves… I believe we are not yet ready to do so,” remarked Ginossar.

An easy to way to determine which side genuinely seeks peace is to ask which side benefits from maintaining the status quo, and it doesn't take a high level of sophisticated enquiry to know 1.8 million Palestinians do not benefit, economically or socially, by being imprisoned in Gaza’s cage, nor do the nearly 2 million Palestinians living behind the West Bank’s apartheid barrier.

In Israel’s mind, peace talks are a threat to the status quo, for peace talks bring into question Israel’s commitment to peace, and no Israeli government has shown a willingness to end either the occupation of the West Bank and East Jerusalem, or the blockade of Gaza.

And while Americans continue to believe the lies GOP presidential candidates tell about both the Palestinians and the nature of the conflict, there will never be enough political pressure on a US president to act as an honest broker for peace. 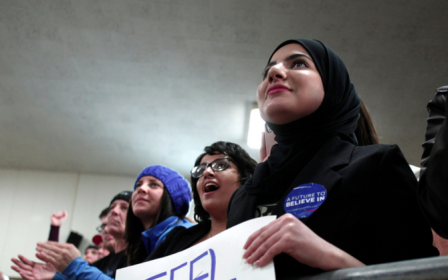 USA 2016
Arab Americans a 'swing constituency' in US presidential election 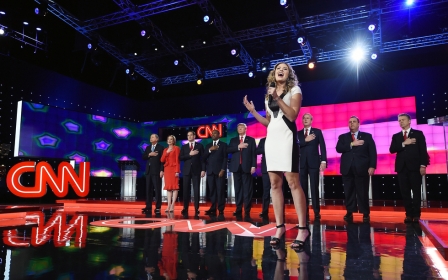