Mechanisms of denial in the Israeli peace camp

Michal Zak
When pacifists in Israel refuse to address the true roots of the Palestinian-Israeli conflict, they become part of the problem, not the solution 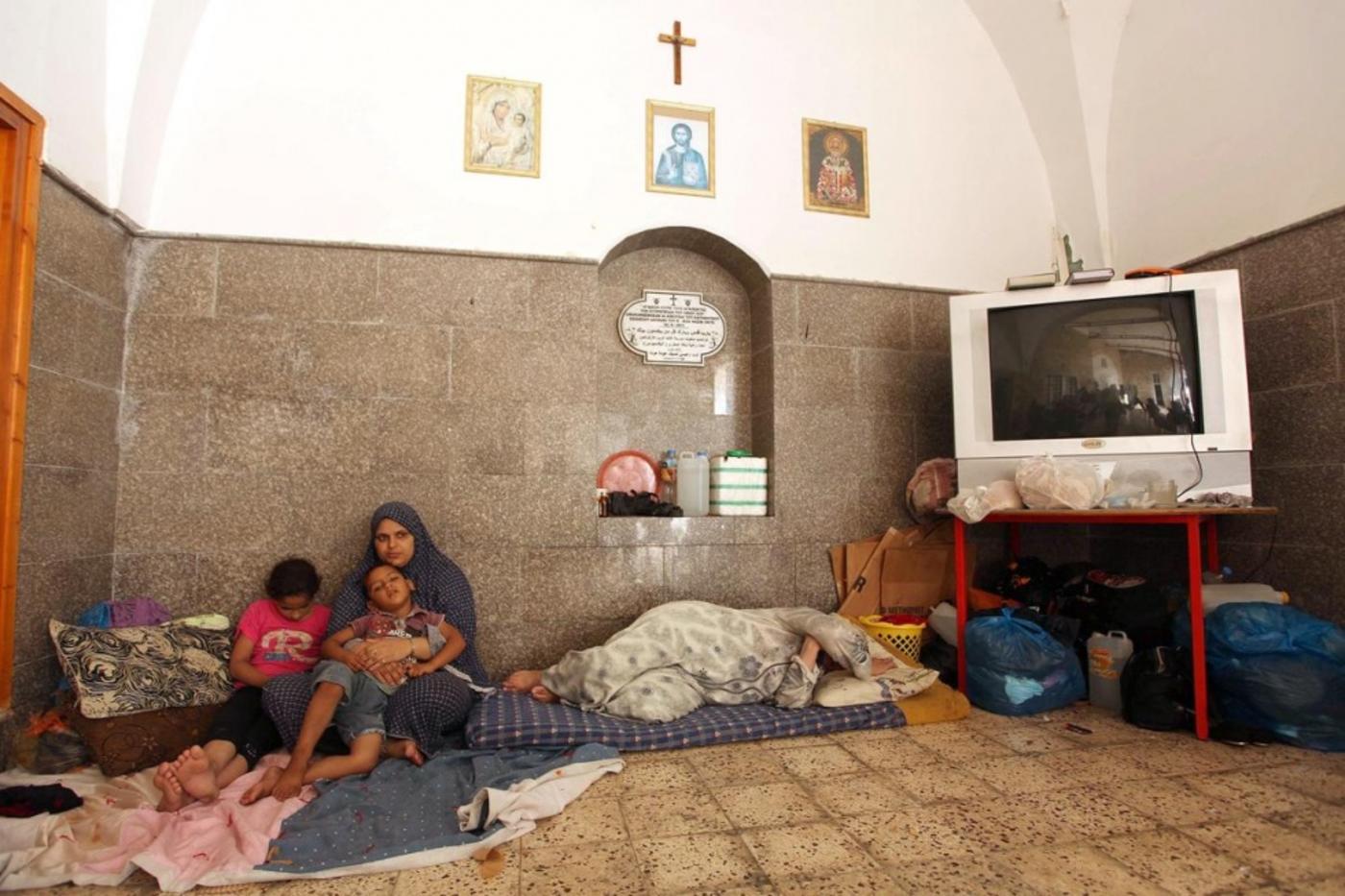 A look at the details of Israeli media coverage of the war on Gaza may help illuminate the mechanism of denial in Israeli society.  The explanation that "we had no choice" is to be interpreted as: "We only respond as is necessary to the violent enemy.  We ourselves are neither violent nor vindictive."  The killing of children in Gaza is referred to as "tragic deaths," implying that they were not actually bombed and killed, since we don't kill children, but rather they were victims of an oversight, a technical mistake, as if they died by some force of nature beyond our control.  Another interesting word is "alleged," as in "alleged victims in Gaza."  But my favorite one is: "The home front is strong," as if we, members of civil society are another unit or brigade in the Israeli army.

An examination of this discourse may be the key to understanding how, among the 58,000 soldiers who picked up arms to participate in the killings in Gaza, we find people who regard themselves as a part of the Israeli zionist left.  This is a major part of the Israeli peace camp. These same people who oppose wars and think Israel should negotiate a peace agreement, believe in the two-state solution and educate their children to be tolerant and moral. But at the end of the day, when they are recruited, they do what is asked of them.  They rename the war on Gaza as a war for the security of Israel and they join the war machine.

How does this happen again and again?  In each of the last three wars (the second war on Lebanon in 2006, the war on Gaza in 2009 and again in 2012) there were fewer than 5 soldiers and reservists who openly refused to serve. I believe this happens because Israel is a collective society which is extremely obedient when it comes to the military. There are individual, collective and institutional mechanisms that influence this collective nationalistic culture.

Over the past year, for example, the board of education launched a huge educational program called The Other Is Me. It dealt with getting to know the "other," reducing demonization of the other, reducing racism, hate, marginalization of social groups and increasing tolerance.  If you look closely at this program, you will see that there is no reference to the Israeli-Palestinian conflict in the curriculum. The Palestinians are not even an "other."  There are lesson plans about the Arabs, but they are portrayed as "religious and cultural" others.  Political identity and history are not part of their otherness. Much like the public discourse of the peace camp in Israel, such educational programs have very little self-criticism and they see the problem and the solution in the other.

A recent edition of the Ha’aretz daily newspaper provides another example that can shed light on this discourse and on much of the Israeli peace camp.  Ha’aretz is a small but important newspaper (about 5% circulation).  It represents the liberal zionist left and it is the voice of the Israeli academic and cultural elite. If you want to learn how the peace camp thinks, Ha’aretz is a good place to start. In July 2014, Ha’aretz held a conference about the possibilities for peace in our region. The newspaper published a special magazine in English and in Hebrew for the occasion. The editors asked 64 analysts, politicians, intellectuals, and journalists "to examine past failures in the attempt to achieve peace” and consider possible answers to the question: "Where do we go from here?"

After reading the first article, I was amazed to see that the writer did not mention the Nakba or 1948.  There was a list of good suggestions about how to solve the conflict, but it did not include any suggestion that a peace agreement needs to address the injustice done to the Palestinians in 1948.  I expected to see reference to history.  I also expected to see suggestions for future forms of reparation and reconciliation such as truth committees and compensation and I thought I might find a call for the return of refugees.  I decided not to jump to conclusions about the entire magazine on the basis of one article, so I went on to read the other 47 articles.  Many of them also provided interesting analyses and ideas.  But out of the 48 articles in the magazine, only 12 mentioned the Nakba or the refugees. Out of these 12 articles, six of the writers were Arabs.

I have been conducting dialogue between Israelis and Palestinians for over 25 years and I have seen, time and again, that liberal left-wing Jews prefer to speak about the conflict as if it began with the occupation of the West Bank and Gaza in 1967.  They prefer to see the settlements as the mother of all evil and as the obstacle to peace. They try to avoid the issue of the deportations, the massacres and the destruction of 500 villages in 1948. They also try to avoid discussing their own military culture.

I believe they do this because of a triple cover-up mechanism: individual, collective and institutional. The individual cover-up happens, because those belonging to the peace camp have something to lose. People want to feel moral, they know they and their parents have done something immoral, so they scratch it out of the picture.  They construct 1967 and the occupation as the relevant beginning of the conflict.  They can then blame someone else for the continuation of the conflict. Usually it is the settlers and the right-wing government.  Sometimes it is the Palestinians who are called upon to stop whining about their losses and stop living in the past.

Demanding that settlers leave their homes and return to Israel proper has nothing to do with them (since all of the peace camp lives in Israel proper). They demand a price that someone else needs to pay. If the discussion moves to the issues that go back to 1948, it shifts the responsibility to the Labor governments, which were responsible for the deportation of the Palestinians, the birth of the refugee problem, the destruction of 500 villages and the military rule over the Palestinians who remained in Israel. All these crimes are the responsibility of the hegemony and the peace camp is part of that hegemony. If the conflict is addressed starting in 1948, it is the hegemony which will have to give up privileges, land, moral superiority and economic advantages.

So who is this hegemony that restricts the conflict and its solution to the evils of the occupation?  If we use Ha’aretz Magazine as any indication, we can begin to understand how the zionist left sees itself.  The magazine has articles by forty men and only eight women.  This elite group of Israelis includes thirty Ashkenazi (Western Jews) and only five Mizrahi (Eastern Jews), although the percentage of Mizrahi Jews is much higher.  The magazine has only six Arab contributors, less than their percentage in our region.

Although some of the ideas in the articles are good, as a whole this group that Ha’aretz gathered under one roof is a reflection of the high walls that the peace camp constructs to protect itself.  It excludes the voices of Mizrahim, religious writers, Arabs and women.  It is a reflection of the Israeli peace camp's irrelevance in its present shape, disconnected from the broader context of the conflict.

Maybe what Israeli society needs is to expose the mechanisms of denial and recognize those crimes that cannot be blamed on the other alone - the crimes of the fathers and the mothers in 1948.  Without acknowledging, owning and addressing our history, the peace camp may be a part of the problem, lacking any real potential to offer a viable solution to the conflict.

- Michal Zak is a political educator, expert in Jewish-Palestinian dialogue and a resident of the Palestinian –Jewish community of Wahat al Salam-Neve Shalom, in Israel. 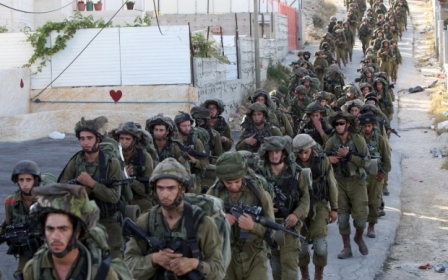