Ben White
Over the past 10 months, English-language news agencies have whitewashed details and context around Palestinian deaths 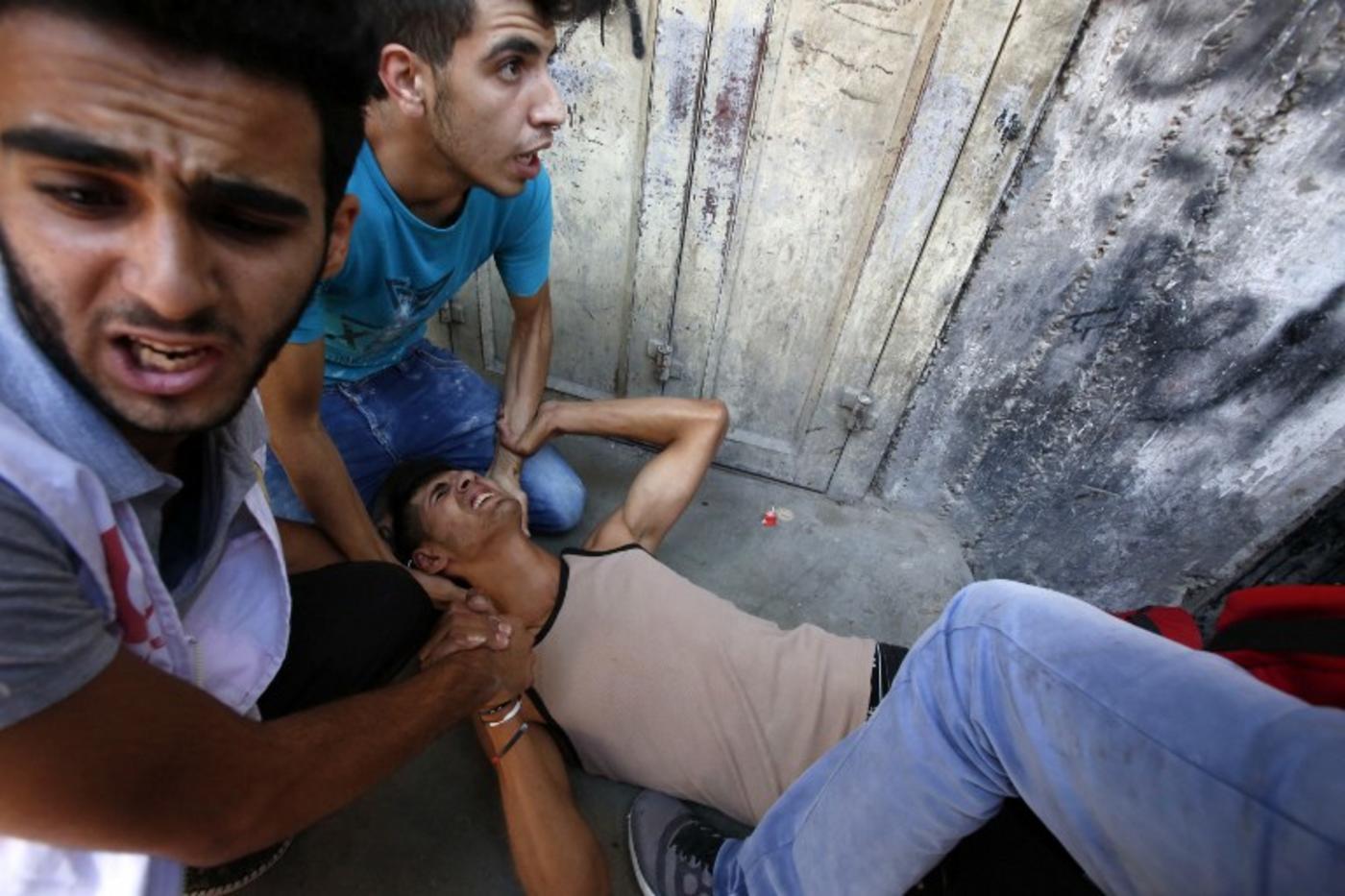 An Israeli military spokesperson said the raid was an “operational activity to uncover weaponry". Palestinian residents described it as an unprecedented attack on a beleaguered refugee camp.

Photographs from the camp showed soldiers posted on rooftops, sniper-style, and a reconnaissance drone flying overhead. Before Israeli forces withdrew that night, after a whole day in the camp, they had shot and killed 17-year-old civilian Muhammad Abu Hashhash, and injured a further 45.

The Associated Press report on the deadly raid included this copy and paste-style context paragraph: “Palestinian attacks have killed 34 Israelis and two visiting Americans since September. Over 206 Palestinians have been killed in the same period, most of them identified as attackers by Israel.”

And thus, in the very same article, the death of Hashhash – and those like him – is disappeared by the throwaway line, "most of them identified as attackers by Israel". Unfortunately, this has been standard fare from international news agencies over the past 10 months.

AFP’s summary graph read: “A wave of violence since October has killed 220 Palestinians, 34 Israelis, two Americans, an Eritrean and a Sudanese, according to an AFP tally. Most of the Palestinians killed were carrying out knife, gun or car-ramming attacks, Israeli authorities say.”

Reuters, meanwhile, wrote: “Since October, Palestinians, many of them acting alone and with rudimentary weapons, have killed at least 33 Israelis and two visiting Americans. At least 207 Palestinians have been killed, 140 of whom Israel said were assailants. Others died during clashes and protests.”

Reuters at least acknowledges that Israeli forces have shot dead dozens of Palestinian protesters. But in general, the whitewashing of colonial violence continues – and in all three cases, the Israeli authorities’ version of events – not Palestinians, or even a United Nations agency – is cited.

On 14 July, the Palestine Red Crescent stated that 218 Palestinians had been killed by Israeli forces since October, of whom 139 were described as assailants or alleged assailants. In the same time period, 3,917 Palestinians were injured by either live ammunition or rubber-coated metal bullets.

That makes 79 Palestinians killed outside of the context of attacks or attempted attacks: 79 Palestinians shot dead by Israeli forces either as they sat minding their own business, in unarmed protests, or as they confronted a heavily-armed occupation army with stones and Molotov cocktails.

You get no sense of that from English-language media summaries – nothing about the Palestinians gunned down at the Gaza border fence, or the children shot dead in the West Bank.

In addition, the "context" paragraph also omits the fact that Palestinian attacks have overwhelmingly targeted Israeli occupation forces and settlers.

Even according to Israeli authorities, just 21 of 119 – 18 percent – of stabbing attacks and alleged attacks between October and June occurred inside the Green Line. In other words, the vast majority of attacks are “carried out inside the occupied West Bank by the Palestinians who live there".

The violence used by Israeli occupation forces thankfully does receive criticism: it’s "heavy-handed," some say, perhaps a violation of international humanitarian law. But rarely is it framed in the context of a colonial, military regime - and nor are Palestinian efforts to confront Israeli forces.

When a Palestinian is killed, Israeli spokespersons know that all they need to do is claim that the individual concerned was "throwing a Molotov cocktail" during a "riot," or preparing to do so, or perhaps simply throwing stones in a way that caused "risk to life".

"Palestinian killed in clashes." Who was it? Who cares. Did they use violence? Well, in which case they were asking for it.

Maybe the Palestinians killed in the refugee camps where they were born and raised were bystanders, or maybe they were doing their best to resist an occupation army, as is their right, that for generations has run their lives and enforced their displacement and segregation.

Photo: A Palestinian youth is being evacuated after he was wounded during clashes with Israeli soldiers conducting searches in the Palestinian al-Fawwar refugee camp, south of the West Bank city of Hebron, on 16 August 2016 (AFP)