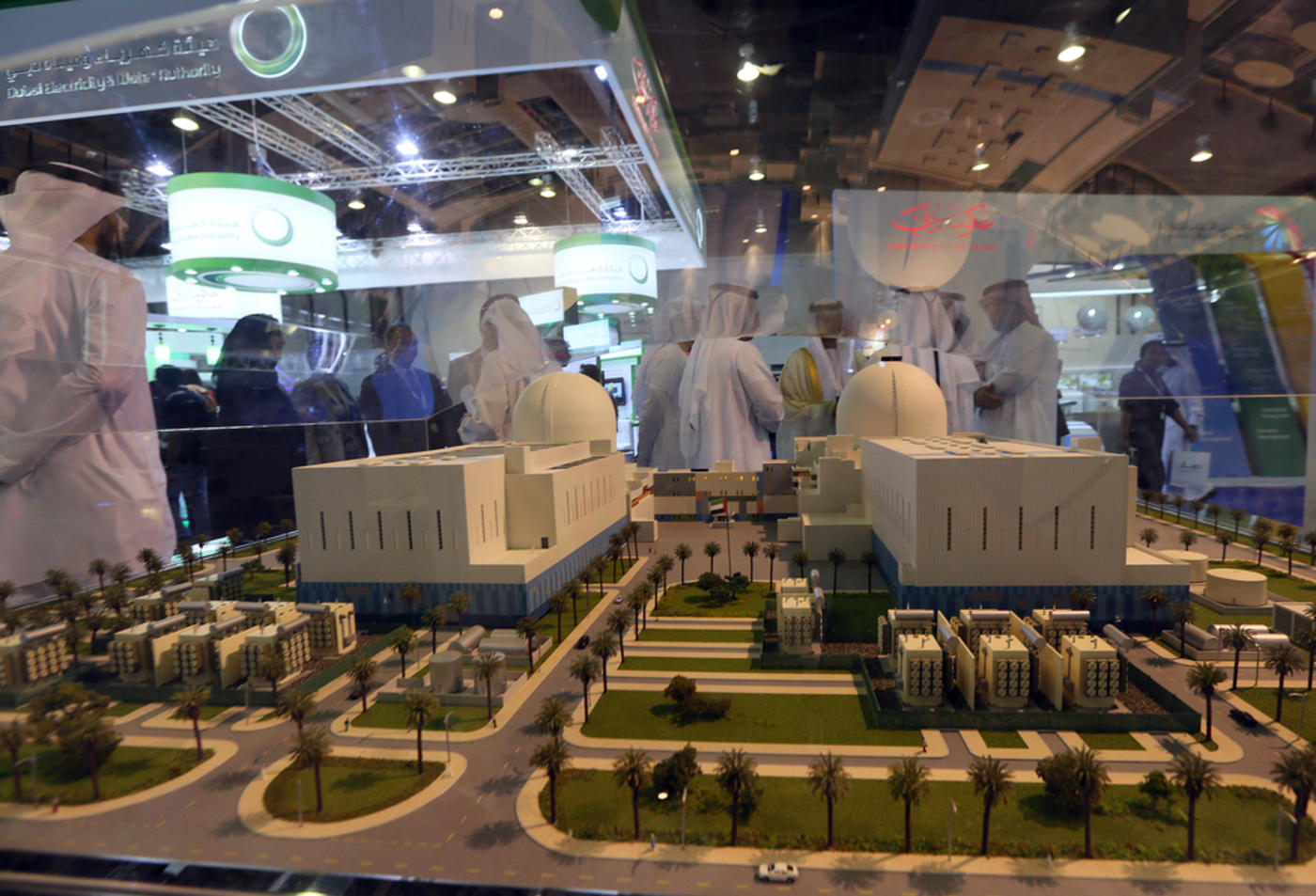 A nuclear power bonanza is underway across the Middle East and North Africa.

Following the disasters at the Chernobyl and Fukushima power plants, many countries either cancelled or put on hold projects for nuclear power facilities but in the Middle East region at least 25 plants are planned and many more are being talked about.

Some studies indicate that up to a total of 90 nuclear facilities, – both big and small - are in the pipeline.

Supporters of nuclear power say the plants are vital in order to secure energy supplies in a region where electricity use over the next decade is forecast to grow by 7 percent – twice the global average.

Opponents of the plans say going nuclear in what is one of the world’s most volatile geopolitical regions poses serious safety and security issues. Among other concerns there are the eye watering costs involved in nuclear building programmes and unresolved problems over radioactive waste disposal.

The nuclear salespeople have been busy across the region in recent years: in the United Arab Emirates, the Barakah nuclear power facility in Abu Dhabi, built and operated by the South Koreans, is due to come on stream next year, aiming to supply up to 25 percent of the UAE’s electricity.

Saudi Arabia plans to have its first nuclear power plant on stream by 2022, with another 15 facilities of varying size in the pipeline. Jordan and Egypt have signed agreements with Rosatom, the Russian state nuclear conglomerate, to build and operate reactors.

Despite recent tensions between Turkey and Russia, Rosatom is continuing construction of Turkey’s first nuclear power plant on the country’s southern coast.

Tunisia and Algeria have also been in nuclear discussions with the Russians and other suppliers.

The rationale for pursuing nuclear power differs from state to state: for the UAE and the Saudis, diversifying energy supply away from oil and gas is paramount as they make efforts to rebalance their economies.

For Jordan and Egypt, with few energy sources of their own, this is about guaranteeing security of supply: Power blackouts are a common feature of life in Egypt.

Supporters of nuclear also boast that nuclear power – being what is termed carbon neutral - is an important element in the fight against climate change in an area considered to be among the most vulnerable to global warming.

On the other hand, there are a number of arguments against such a vast nuclear power programme in the region. Israel, which has never disclosed its nuclear capabilities – for power or for military use - has launched air strikes against nuclear facilities in both Iraq and Syria.

If war was to break out somewhere in the Middle East would nuclear reactors in the region become targets? The consequences of such action would likely be devastating.

There is ongoing controversy about Iran’s nuclear programme and the potential for nuclear power to be used for military purposes.

Would other rival states in the region be tempted to use their nuclear knowhow for military means? Or could Islamic State or other terrorist groups seize nuclear material or take over a nuclear reactor, holding a state to ransom?

Despite years of building and development, nuclear power is on the decline in many parts of the world with its share of global electricity decreasing from 18 percent in 1996 to around 11 percent today according to the International Energy Agency.

Nuclear has become unfashionable in several countries not just because of the Chernobyl and Fukushima disasters: New safety requirements mean the cost of building nuclear facilities has been rapidly mounting.

The cost of the UAE’s Barakah plant is estimated at between US$25 bn and $32 bn, most of it being paid out of state funds. The initial cost estimate of Saudi Arabia’s nuclear programme – involving French, Chinese, Argentinian and South Korean companies building facilities both for power generation and for desalination - is $80 bn.

Egypt and Jordan are not in a position to finance their nuclear projects – the former costing more than $20bn, the latter $10bn. Russia is offering generous loan terms on both projects but that raises other issues.

There is speculation that Russia is using its nuclear industry as part of its overall geopolitical strategy in the Middle East.

By supplying finance and the fuel and expertise to run nuclear facilities, Moscow can exert considerable political influence over its nuclear clients.

Another area of concern is nuclear waste, and the as yet unresolved problem of disposal.

Waste disposal is a very expensive business: decommissioning a nuclear power plant when its life span is exhausted can be as much as its build cost.

There is a long list of other concerns regarding nuclear power in the region. Though the UAE and others are making efforts to train personnel, there’s a chronic lack of nuclear expertise, not just in the region but worldwide.

Concerns have also been raised about the availability of water, a vital ingredient in most nuclear power processes, in an area subject to acute water shortages.

The solution to the region’s energy problems for many is not nuclear but, for the Gulf countries in particular, a fundamental readjustment of economies.

For too long, Saudi Arabia and others have indulged in wasteful consumption habits, granting overly generous subsidies to the energy sector and encouraging massive wastage.

Energy analysts say that rather than spending billions of dollars on prestige nuclear projects, subsidies should be eliminated to curtail usage and alternative energy sources should be developed.

The use of solar power is still minimal in many countries in the region yet it has enormous potential.

Experts say countries across the Middle East and North Africa should follow the example of Morocco, where the giant Noor solar power plant has recently come on stream. Rabat says that when fully operational the plant will supply 15 percent of the country’s electricity.

Photo: Visitors stand close to the Emirates Nuclear Energy Corporation presentation, during the opening the World Energy Forum 2012, at the Exhibition Centre, in Dubai, on 22 October, 2012 (AFP). Energy
Energy wars of attrition: The irony of oil abundance