Military aid to Israel must be cut for regional stability

Kristin Szremski
In exchange for the Iran deal, Israel wants to be appeased with new weapons. But the only way toward peace is to cut off all US aid to Israel 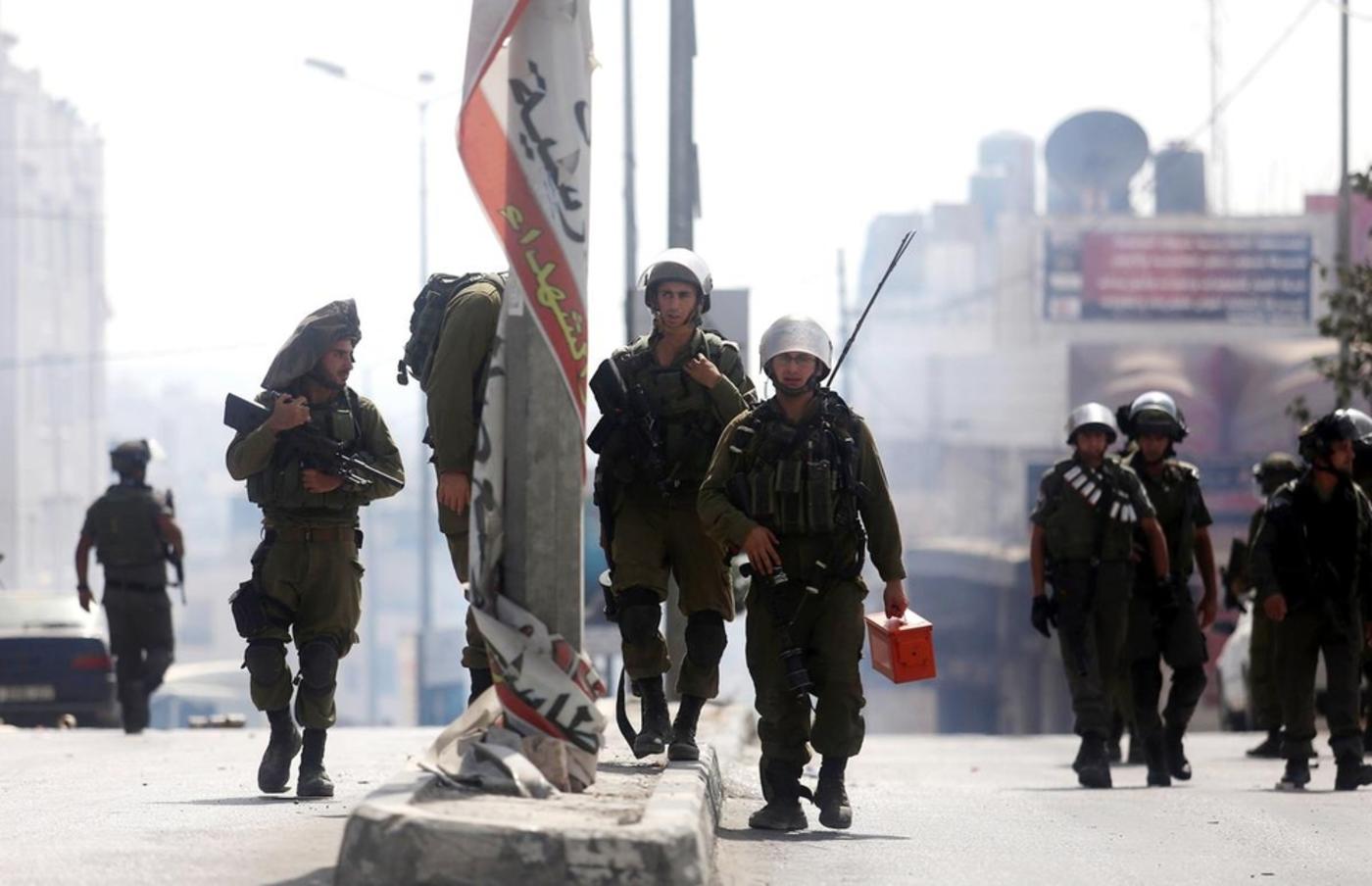 Much has been written about how Israel and its supporters in the United States, the American Israel Public Affairs Committee (AIPAC), suffered a blow when they were not able to stop the Iran deal this month.

Despite threats, tantrums and a congressional visit last March that defied presidential official protocol, Israeli Prime Minister Benjamin Netanyahu was unable to sway Congress to defeat the Joint Comprehensive Plan of Action, a pact that avoids war in part by allowing for international inspections of Iran’s nuclear sites. AIPAC and its newly created Citizens for a Nuclear Free Iran spent nearly $40 million on television ads and funding trips for US congressmen to Israel, but they came away empty-handed.

Israel may end up being the biggest winner after all, at the expense of regional stability and peace for the Palestinians. If President Barack Obama and Congress move forward on promises of appeasement by, among other things, increasing the sale of F-35 aircraft, delivering "bunker busters" and increasing US aid to Israel to $4.5 billion annually beginning in 2018, they will enable Israel to unilaterally attack Iran as well as ensure Israel’s military occupation of Palestine for decades to come.

To be sure, Israel is not the only country clamouring for increased military aid because of the Iran deal. The Gulf states, too, will receive increased assistance. But American law ensures that Israel maintains a qualitative military edge. In other words, American handouts to Israel go above and beyond anything we give all other countries in the Middle East.

Furthermore, several former Israeli intelligence officers say the Iran deal is “their best option” and is in their “national security interests”. Israel is the region’s only nuclear power, a fact it once hid from the United States, despite securing American aircraft to protect the Dimona nuclear site in the Naqab in the 1950s. A variety of analysts estimate Israel has between 80 to several hundred nuclear warheads, but it has never signed the Nuclear Non-proliferation Treaty nor allowed international inspections.

Israel’s budget is fungible, so our funds allow it to spend its own money in other areas, such as in supporting settlement construction, subsidising settler mortgages, building the apartheid wall and so many other aspects of its occupation.

US foreign military financing accounts for 25 percent of Israel’s defence budget. More than one quarter of those funds can be spent on Israeli-manufactured equipment, known as off-shore procurement, definitely helpful in building its own military industrial complex. Our largess, unique to Israel, has allowed it to grow into the world’s sixth largest arms exporter.

Israel is not a tiny country surrounded by hostile neighbours as its propaganda continues to suggest. It is a powerhouse that not only has the most advanced military capability in the Middle East but has a nuclear arsenal as well.

So why the demands for “bunker busters” and increased military aid, including funds for missile defence systems?

Simply put, with the newly reconstructed 30,000-lb “massive ordnance penetrators,” Israel would be able to attack Iran on its own with bombs powerful enough to reach fortified bunkers well below the earth’s surface. Currently, the US is near the end of a 10-year, $30-billion aid package to Israel. It expires in 2017 and already President Obama has pledged to renew the Memorandum of Understanding at the increased level of $45 billion through 2028. It’s true that this is separate from appeasement deals currently being cut. But taken as whole, it is clear Israel will continue to exploit the Iran deal until it gets what it wants.

Time and again, international studies, such as the Goldstone Report, the UN’s Independent Commission of Inquiry on the 2014 Gaza Conflict, and reports by Defense of Children International – Palestine section, among others, have shown that in contravention of international law Israel uses its weapons against a civilian population; that it has used chemical weapons such as white phosphorus; and that military forces routinely subject children to arrests, abuse and torture, for example. The US Arms Export Control Act forbids a recipient of US foreign aid from using American weapons or weapons purchased with American money against a civilian population.

Israel violates these laws with impunity. Until the United States ties its rhetoric on human rights, settlement expansion and ending the occupation with an economic incentive - that is, withholding US aid until Israel complies with international and American laws - things won’t change and, in fact, could get worse. Throwing more weaponry and money at Israel to quiet its anger over the Iran deal will just inflame the situation.

A diverse group of 11 social justice organisations in the United States is trying to avert new weapons and funds transfer to Israel. To date, nearly 50,000 people have signed the #NoWeapons4Israel petition targeting President Obama.

While coalition members realise it will likely not stop a process already in motion, the hope is that by gathering such a significant number of signatures the Obama administration will have to accept the fact vast numbers of Americans do not want to pay for the military subjugation of the Palestinian people or for Israel’s war on Iran. And as the grassroots says “no weapons for Israel,” tens of thousands of people also are saying the only way toward peace and regional stability is to end the occupation by stopping the transfer of US aid and military assistance to Israel.

- Kristin Szremski is an award-winning journalist, who has covered Middle East issues for the past 15 years. She currently is the director of media and communications for the American Muslims for Palestine, a national education and advocacy organisation. She is based in Washington DC.