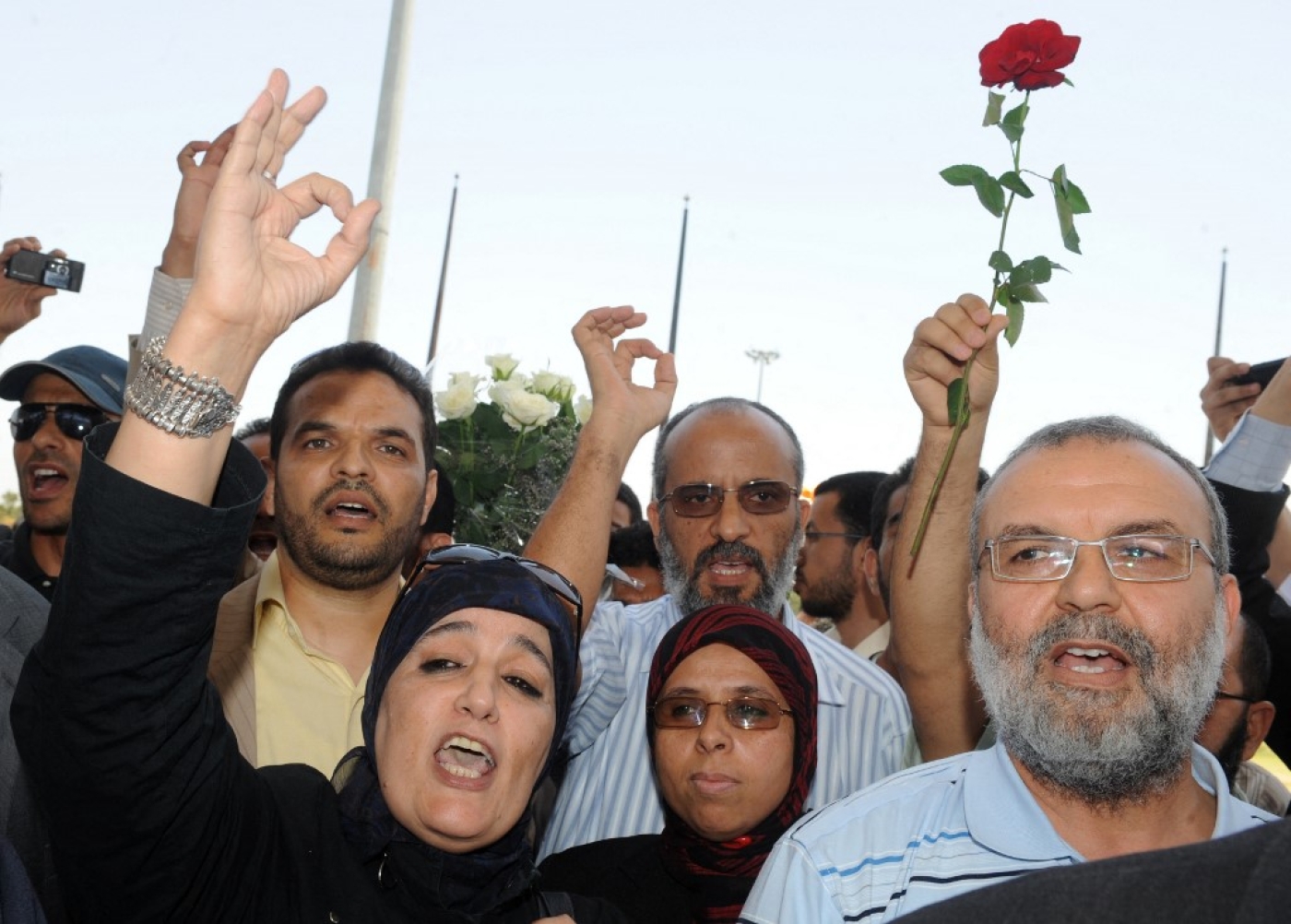 War is generally associated with chaos, struggle, and destruction, as we are amply reminded by the sobering reality of current international events.

But there are other kinds of wars that are equally fierce, albeit much less spectacular. A classic example is the decades-long squabble between Morocco’s governing institution, the Makhzen, and the highly influential Islamist association, Al Adl Wal Ihsane (Justice and Spirituality).

Waged by means of executive mandates and judicial rulings, the Moroccan government’s covert war is highly aggressive. But Moroccan news outlets and the international media rarely cover this coordinated and longstanding offensive - and when they do, it tends to come from an anti-Adlist perspective.

Attacks of any kind on Islamist movements, which are systematically and often falsely linked to terrorism, are enthusiastically greeted by Morocco’s ruling elite, and endorsed by western nations that have little understanding of local realities.

Thus, for the past two decades, the Moroccan government has implemented a series of retaliatory measures and restrictions to stifle the activities of Al Adl Wal Ihsane. The objective is to limit the association’s activities and to isolate the movement from the general population.

To suppress the country’s leading Islamist force, the Makhzen has resorted to tried and tested law-and-order methods. The first, which could be described as the gentler option, consists of refusing to approve the establishment of any association with possible links to Al Adl Wal Ihsane - which, while being tolerated by the government, is technically illegal.

This method is heavy-handed, to say the least: if a given association is suspected of having even a single sympathiser, its request for official recognition could be turned down, or the group could be forbidden from holding meetings.

When all else fails, the government brings out the big guns: the interior ministry, which can petition the judiciary to dissolve the association.

Such manipulations and abuses are clearly illegal, but since the judiciary is entirely in the regime’s service, lodging a complaint or taking the matter to court is a pointless endeavour. Thus, Al Adl Wal Ihsane demonstrations, conferences and other events are systematically banned by Moroccan authorities, in the name of such vague and quasi-surreal legal pretexts as "public order", "security" and "morality".

Such terms suggest that Al Adl Wal Ihsane promotes violence, while observers agree it does not. In any event, it is not as though questions of "morality" are of great import in Morocco, where Marrakech has come to be considered a new mecca of international sex tourism.

The second method used to impede the activities of Al Adl Wal Ihsane is slightly more coercive, targeting the property and homes of its supporters. Adlists have been arbitrarily evicted from their homes, with neither a warrant nor a complaint from the municipality, for making home improvements without a permit - minor urban planning violations, which are common and generally never prosecuted. 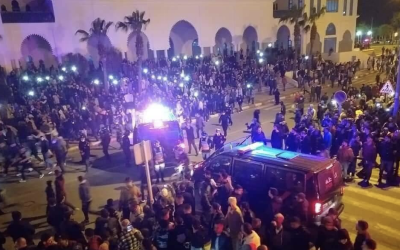 Morocco: Repression is no answer to fear of a new popular uprising
Read More »

In 2006, the Oudja home of Al Adl Wal Ihsane’s secretary general, Mohamed Abbadi, was sealed off, with his furniture and personal belongings inside. Various other members have faced the same fate - a measure deemed illegal by many observers, but routinely justified by media with ties to the Moroccan regime.

Beyond accusations of complicity with the Islamic State, which have never been substantiated, another factor is driving the government’s relentless assault: Al Adl Wal Ihsane is among the kingdom’s rare political movements that have not succumbed to state control, and it openly refutes the Alawite rulers’ claims to directly descend from the Prophet Muhammad.

Families impacted by these unlawful expulsions have tried going to court, with Kafkaesque results. While courts have been quick to fine the “dangerous” Adlist offenders and order that they return their homes to their original state, police have refused to hand over the keys.

Thus, the condemned homeowners are expected to “return the premises to the original state” without being able to enter to make alterations.

This shows the sense of impunity of Moroccan police - whose director, Abdellatif Hammouchi, also heads the General Directorate for National Security - and their contempt for any judicial decision that could contravene the designs of the elusive deep state.

While sealed-off houses in Morocco are legally entitled to protection from vandalism, several have been looted and ransacked, without police taking action. Squatters recently set fire to an Adlist’s home in Fez, and police did not intervene.

There have been many other victims in this hidden war, with dozens of competent senior officials affiliated with Al Adl Wal Ihsane having been dismissed from their government posts.

Such persecution is clearly political, as the government’s pursuit of new targets demonstrates. No longer satisfied with going after Al Adl Wal Ihsane alone, the regime has in recent years turned to other organisations, such as the Moroccan Association for Human Rights (AMDH), the largest NGO of its kind in Morocco.

The hardening of the Makhzen, its sense of omnipotence, and the return to policies reminiscent of the 'Years of Lead' do not bode well

The group’s headquarters in Rabat has been subjected to countless attacks, and its activities throughout Morocco are systematically obstructed. Using methods tried and tested on Al Adl Wal Ihsane, Moroccan authorities have refused to recognise legally established AMDH regional branches, with no justification provided. The group says the government has interfered with the registration of dozens of local branches.

The perennial reaction of the authorities has been radio silence. For years, the association has reported these blatant violations through proper government channels, but to no avail. Deep state interests always win out in the end.

Unlike the Adlists, however, AMDH activists have yet to have their homes sealed off - “for the time being”, one concerned observer of Moroccan politics noted. The observer added that the hardening of the Makhzen, its sense of omnipotence, and the return to policies reminiscent of the "Years of Lead" do not bode well. 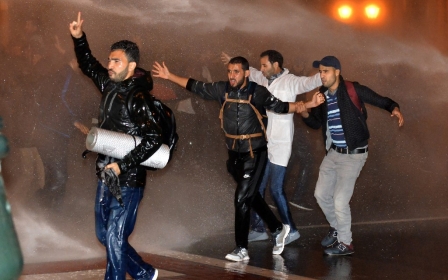 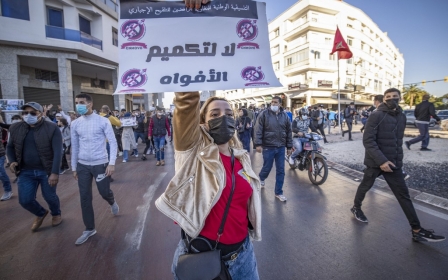 Inside Morocco
Morocco: Rising social unrest should be a wake-up call for tone-deaf regime
Aziz Chahir 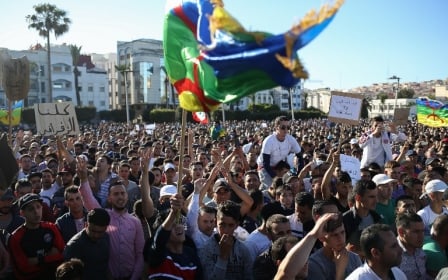