Morocco's skirt length battle: What are the deeper questions?

Myriam François
What women can or can’t wear speaks to the underlying question over the very nature of Moroccan society, and who gets to define it 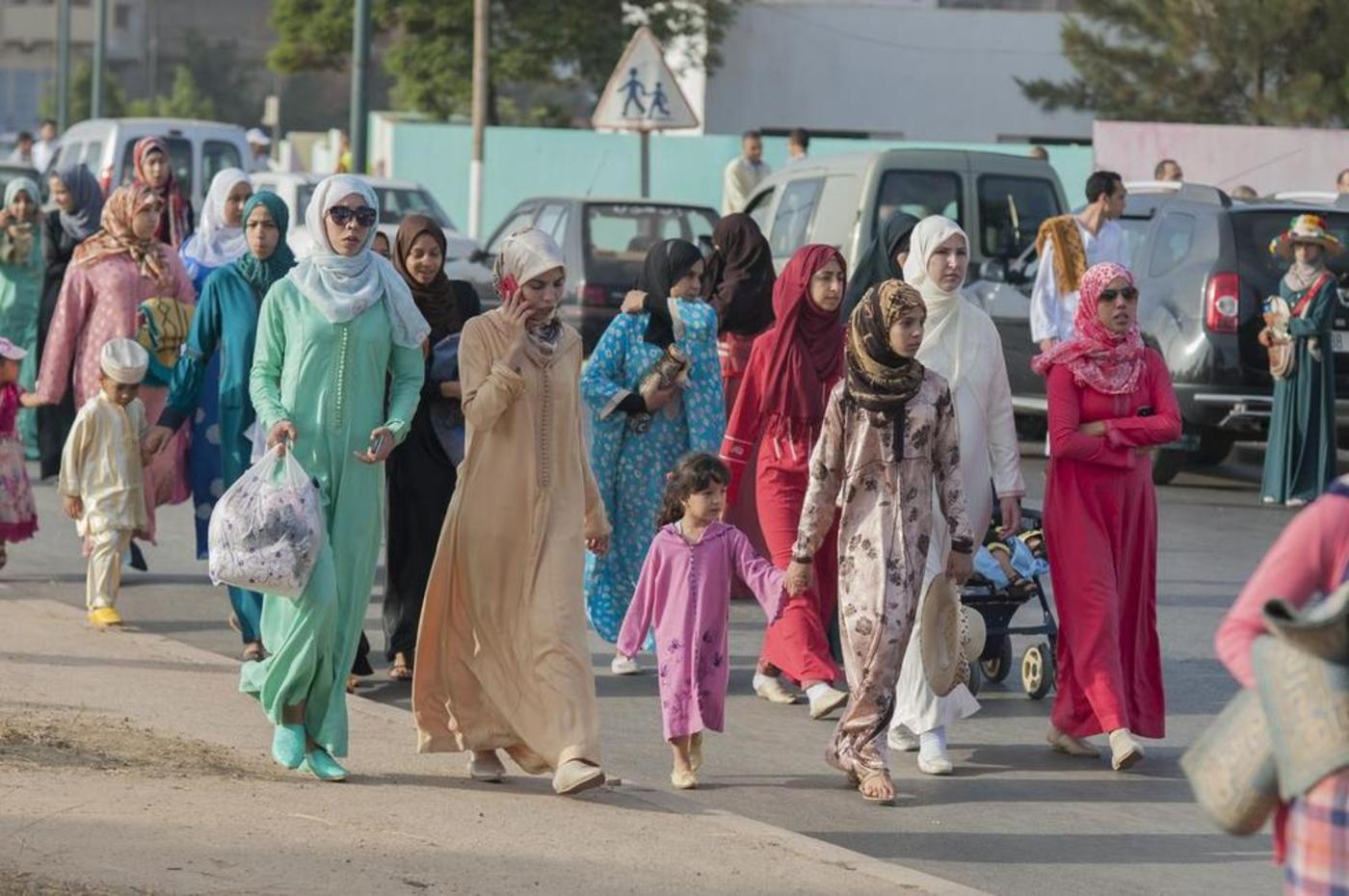 When two Moroccan women were accused of gross indecency earlier this month, for wearing clothing deemed “too tight” as they walked through a market in Inezgane, near the southern city of Agadir in Morocco, the headlines were focused on yet another Muslim country’s seeming obsession with women’s sartorial choices.

In an indication of the inflammatory nature of such issues, rallies in support of the two women were held in both Agadir and Casablanca, while hundreds of lawyers offered their services in defence of the women.

Certainly the issue of what women can - or can’t - wear in Morocco continues to cause debate, whether on the streets where women, whether in the traditional djelaba or in short skirts, invariably experience some form of sexual harassment, or on the pages of the nation’s dailies. And although the question is tied into a broader struggle for women’s greater autonomy and individual freedom in a deeply patriarchal context, the debate also speaks to a much deeper, underlying question over the very nature of Moroccan society, and who gets to define it.

The issues at stake are far wider than women’s hems.

In particular, Moroccan law in the form of Article 483 of the penal code, carries a penalty of up to two years in jail for anyone found guilty of committing an act of “public obscenity”. In recent years, women’s groups in particular have sought to challenge what they perceive as undue restrictions on women’s choices enshrined in law, as well as a lack of legal protection for women in cases such as marital rape or domestic violence more broadly, among a range of other issues.

Just last month, one of Morocco’s most critically acclaimed film directors, Nabil Ayouch, was summoned to court on charges of “pornography, indecency and inciting minors to debauchery” for his portrayal of the Moroccan prostitution industry, in his latest film Much Loved (“Zine Li Fik” in Moroccan Arabic). Thousands called for the film to be banned and the Minister of Communication Mustapha al-Khalfi, from the Islamist-inclined Justice and Development Party (PJD), decried the film as undermining “the moral values and dignity of Moroccan women”.

And in June, two Moroccan gay men were sentenced to jail in another case which caused uproar, after they were arrested as they posed for a photograph in the political capital of Rabat. One of the country’s most provocative, French-speaking publications, Tel Quel, regularly enflames such debates by featuring nudity and sex in its pages, and most recently, an editorial describing “consensual love between two adults” as “not a crime,” despite homosexuality remaining illegal in the kingdom.

Such incidents are merely the fault lines of an ongoing struggle between old and aspiring elites over the cultural references which should delineate the contours of Moroccan society, particularly as related to issues of morality - itself at the heart of the question of identity.

For Islamists and social conservatives more broadly, preserving and enhancing Morocco’s Islamic identity is key to reasserting an independent national identity, free of the legacy of colonial influence, while their opponents regard the use of religion in the political sphere as a tool of social control, which unduly restricts individual choices.

Although the women involved were acquitted, the case sent ripples through Moroccan society, where a petition supporting them garnered over 27,000 signatures and debates were reignited over the limits of personal freedom in a conservative society, in which Islam is the constitutionally established religion of the state.

The case is the second such scandal relating to morality and women’s clothing in the kingdom of late, with American singer Jennifer Lopez’s performance at the Mawazine festival in Rabat in May, currently the subject of an investigation ordered by the Prime Minister Abdelillah Benkirane, after it was aired on Morocco’s public TV network, 2M.

Benkirane, also from the Party for the Justice and Development (PJD), deemed the show "sexually suggestive" and thus in violation of the country's audio-visual laws, describing the decision to air as “indecent and provocative to the religious and moral values of Moroccan society".

From a working-class socially conservative background himself, Benkirane regularly denounces the gulf he perceives between the social mores of the Moroccan elites and the sensibilities of the masses and believes in upholding existing limits which preserve Morocco’s conservative customs, rather than seeking to reform them. In this view, he is challenged by campaigners such as Fouzia Assouli, head of the LDDF women’s rights organisation, who lauded the acquittal of the women and whose organisation campaigns for Article 483 of the penal code to be revised.

While the case has largely been described as one of divisions over women’s freedom of choice, Amnesty International condemned the trial as “part of a pattern of discriminatory laws and practices” in the country, pointing out that “The case has all the hallmarks of a discriminatory use of the law against women”. While the rallies in support of the women were often interpreted as being solely about the right to choose one’s clothing, they reflect an increasing vocality among a range of Moroccan women, from religious conservatives to more liberal voices, over discriminatory practises against women, despite the kingdom having enacted a number of progressive reforms to the country’s “moudawana” (the official family code) and having signed up to the UN Convention on the Elimination of All Forms of Discrimination Against Women (CEDAW) .

The envisaged solutions to women’s problems, however, invariably differ. With the growth in popularity of the Islamist political party, the party for Justice and Development from 2002 onwards, public debates have increasingly reflected a schism between two visions of Morocco, one in which the Islamic heritage of the modern state should increasingly define its outlook and parameters, and those for who favour a more secular nature of both state and society.

Women’s clothing is often a lightning rod issue in post-colonial Muslim societies, where differing views on the primacy of individual freedom versus socially conservative social mores reflect a broader divide over the very nature of the society aspired to. In Morocco, issues of personal freedom, from the right to have sex outside of marriage, to the right to break the Muslim fast openly during the month of Ramadan, or the right to publicly identify as gay in a country in which homosexuality remains illegal, all regularly spark national conversations, dividing those who wish to see the monarchy, headed by a king who doubles as a religious leader, bearing the weighty title of “leader of the believers,” maintain a conservative religious ethos, and those who would like to see Morocco move closer to a European style liberal democracy in which the monarchy itself would take on a far more symbolic role.

In evidence of the deep roots of current debates, the arrest of the gay men was met by demonstrations in front of the French embassy in Rabat, where protestors chanted “This is Rabat, not Paris,” in reference to suspicion the men had been taking their cues from French Femen protestors who’d been deported after kissing as part of a topless protest.

The reference to French influence reflects an underlying divide over the continuing legacy of colonial influence over the form and direction of contemporary Morocco. For some, liberal mores and practises, including secular principles, reflect an ongoing colonial legacy which conflicts with a presumed essential “Islamic” nature of Moroccan society, in a glorified reimagining of pre-colonial Morocco. But the divide is itself complex, with Westernised elites identified with a corrupt, exclusive cast which continues to enrich itself at the expense of an impoverished majority, for whom Islamic principles reflect a call to social and economic justice expressed in the idiom of the masses.

Disputes over clothing and the polarising impact they appear to have should therefore be assessed within the broader struggle within Moroccan society over the nature of the state and society and specifically, which cultural references – those of a francophone elite, or a more traditional majority, get to assert the ethical parameters of not only the Moroccan state, but more critically, Moroccan identity. 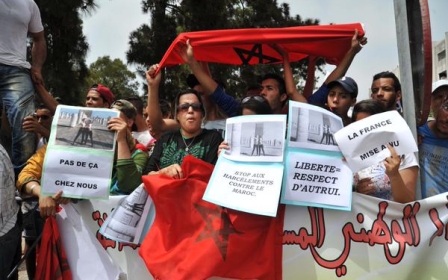 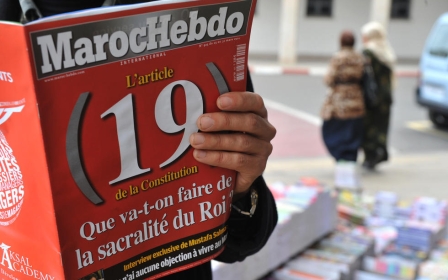 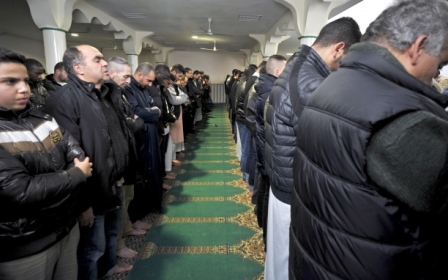 Human Rights
From Paris to Copenhagen: What lessons not to learn
Myriam François