Murder in Jordan should make us rethink Islam and cartoons 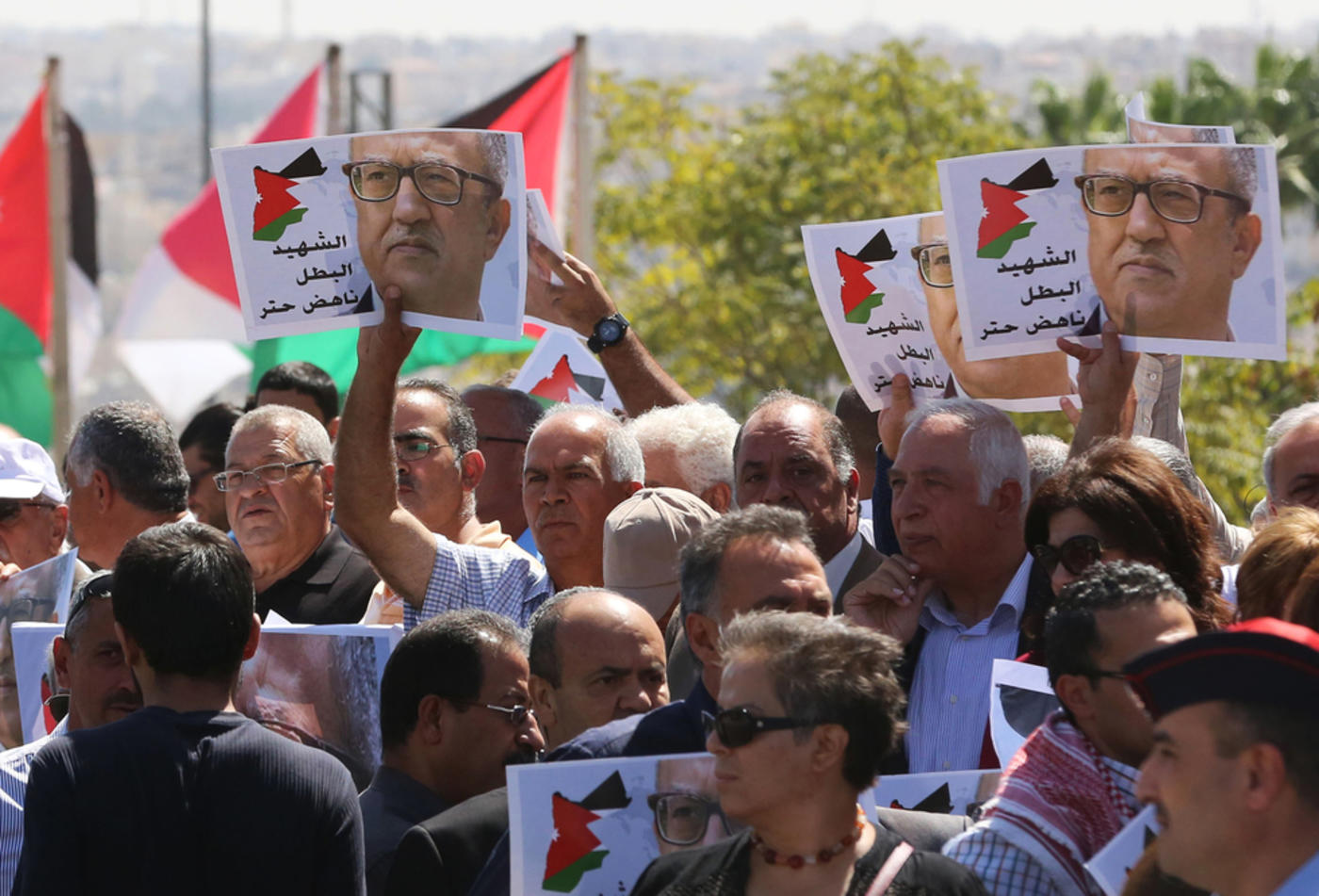 On Sunday morning, Jordanian writer Nahed Hattar was shot dead on his way to a court hearing. He was facing charges for sharing a cartoon that depicted a god in servitude of an irreverent believer who lay in a bed with two women, ordering more nuts and wine.

The brutal murder has sparked debate about Islam's compatibility with progressive politics. Pundits are once again tasked with understanding why cartoons – these seemingly benign and childish squiggles – stir the ire of religious extremists.

One assumes that they would have bigger fish to fry, but in some ways, the debate over cartoons is emblematic of the larger dilemmas confronting Muslim societies.

The general unease felt by some Muslims towards any portrayal of Allah, the Prophet Muhammad or his companions, is perceived in the West as tacit support for extremists, proof of Islam's violent and austere nature.

On the other hand, rising Islamophobia in the West tends to paint Muslims with the same brush, reducing entire communities to caricatures of their most flawed elements.

However, a deeper inspection into the guiding principle of the Islamic ban on religious portraiture simultaneously complicates the positions held by both camps, opening a way for reconciliation.

Painting all Muslims with the same brush

First of all, it needs to be understood that every act of religious vigilantism takes place in its own unique context (not much to compare between Hebdo and Hattar), and more often than not, Muslim communities do not share many common characteristics between themselves.

A recent New York Post headline described the Chelsea bomber as a fervent hater of America, homosexuals, and “culture”.

To speak of culture as if it were a singular, homogeneous social territory delineated by the American victims of global terrorism, positions ordinary Muslims as outsiders

To speak of culture as if it were a singular, homogeneous social territory delineated by the American (read: white) victims of global terrorism, positions ordinary Muslims as outsiders, denying them the right to be complicated in whatever way they wish and still be able to identify themselves as Americans.

It also implies that Islam is a religion of cretins with no culture of their own and many Muslims take offence at this insinuation, demanding that their identities be accommodated in Western societies, too.

Historically, some Muslim sects, such as the Sufis and Shias, have drawn images of the Prophet, under Muslim rule, without attracting state prosecution or public outcry. In fact, perched above the press seating area inside the US Supreme Court chamber is a marble image of Prophet Muhammad, celebrating him as one of the greatest lawgivers in human history. No one is up in arms about it.

Many Muslims argue that other groups unfairly pin the focus of the discussion on the issue of depiction, while ignoring the question of the intent of the artist.

Unfortunately, when someone like Hattar is put on trial and then gunned down for sharing a cartoon that obviously intended to mock the megalomania of Islamic State (IS) group supporters, it becomes difficult to accept the argument that this sort of violence can be stopped with good intentions.

In such hopeless circumstances, it becomes incumbent on thinking Muslims to reassess the theological foundations of the laws that govern speech and expression in the Muslim world.

The right to be complicated

Most Muslims adhere to the banning of religious portraiture in the belief that any depiction of the divine can blur the lines between the literal and the symbolic, and encourage people to make gods out of mere mortals.

As cartoons are essentially an exercise in dis-figuration that serves as an irreverent critique of human fallibility, vanity and conceit, any such depictions of God's infinitude can only amount to belittlement.

A cartoon – or art in general – releases its subjects from literal representations, transforming them into an otherworldly experience of the absurd, the beautiful and the macabre

The disagreement over both – the act of the cartoonist (or one who shared the cartoon) and the gun man who shoots him dead – leaves most ordinary Muslims in an awkward fix, expected to pick sides.

However, the guiding principle behind the proscription opens an opportunity for Muslims to think about this issue in a different way. If God is to be set free from all literal representations, we can safely deduce that he is meant to be sanctified as an abstraction, a dislocated reality beyond human comprehensibility.

And if Prophet Muhammad was worried about his image ever being used as an object of worship, then he obviously did not want to be treated with anything resembling the sycophancy and idolatry that some literalist forms of political Islam espouse today.

If God's nature is so mysterious that it cannot be articulated by human intellect, but only felt with a deep sense of awe, joy and terror, then religion cannot be anything more than a labour of interpretation; a process through which one can make sense of the mutable, indefinable nature of the divine, adequate to their life circumstances. This leaves little room for any human to claim absolute knowledge over anyone else.

A cartoon – or art in general – releases its subjects from literal representations, transforming them into an otherworldly experience of the absurd, the beautiful and the macabre. By bridging the gap between the material and the metaphysical, it creates a disarmingly childish world that can be made and remade with a simple stroke of the pen.

It illuminates the flexible, malleable nature of human perception and demonstrates our potential to imagine the world in a different way. It carries all the innocence of every thing evanescent and hence, is all the more precious for it.

What truly frustrates extremists is the sense of attachment one feels to ephemeral things. It is not disbelief that subverts their nihilistic world-view, nor the misconduct of the infidel, but the possibility that people might find something that humbles them, something they wish to preserve and cherish.

The cartoon Hattar shared illuminated this aspect of extremism – its cynicism and opportunism. It was imbued with contempt for those who read the inconceivable nature of God as an argument for their demagoguery. His parting message was a simple one: these “believers” do not serve god, they use him. And that is what we ought to remember when we remember him.

- Farhad Mirza is a freelance journalist from Lahore, Pakistan. In 2015, he and a team of other journalists and illustrators launched Pakistan's first comics-journalism project. You can follow him on Twitter @FarhadMirza01