Muslim travel ban: Why I refuse to go to America

Imran Awan
It’s at times like this that, as individuals, we must work together in sending a message to the Trump administration 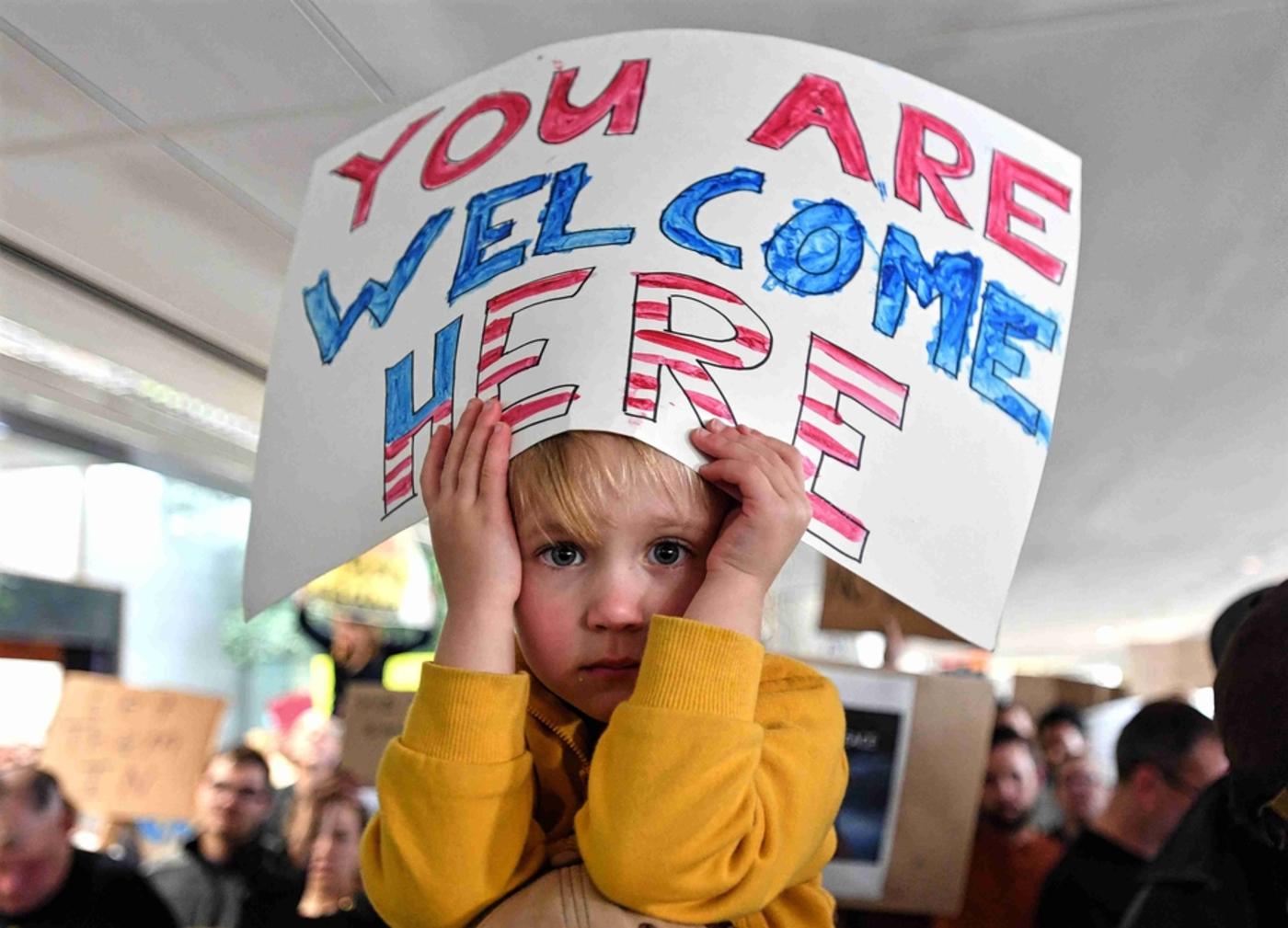 Earlier this month, I was invited to attend a prestigious event in the United States to talk about my research on Islamophobia. I must admit, as someone who has never been to the US before, that I was both excited and nervous. Eventually I made the decision to go and began packing my suitcase.

But following the announcement by the Trump administration to ban immigration from seven Muslim-majority countries, I have had to rethink my position.

I was in shock during the weekend as I watched events unfold at airports across the US, with families being turned back following the new directives.

In Philadelphia, a Syrian family of six were placed on a return flight to Doha, because the executive order signed by Trump has denied Syrians entry into the country.

Late on Saturday night, I was ringing family and friends who are currently in the US who told me how they were worried and fearful for their future.

After much thought and self-reflection, I decided to cancel my trip.

I've been invited to give a talk in the U.S. in February! I've decided not to go in protest at the #DonaldTrump #MuslimBan #protestmuslimban

Ultimately, my reason for not going is a statement of solidarity with those individuals who, because they happen to be Muslim like myself, would be barred from entry into the US.

There are an estimated one million Iranian-Americans in the US who could be impacted by this executive order.

It also impacts the wider academic community and has implications for students and academics. Indeed, an online petition set up by academics in the US currently has more than 12,000 supporters, more than 7,000 faculty members and 40 Nobel Laureates as signatories.

This morning, I received an email from the organisers of my event, who completely understood my decision not to accept their invitation, albeit with some personal advice.

Where is UK leadership?

UK Prime Minister Theresa May should have used her visit to the US last week as an opportunity to bridge the barriers between Muslim communities and Trump. This could have been a moment when the UK government was celebrated for its decisive action on this matter.

When the ban was announced just hours after May left Washington, it afforded an excellent opportunity for London to send a strong and powerful message to the Trump administration, at a time when people are being discriminated against because of their faith.

What we needed was a response that would give hope to Muslims in the UK and elsewhere that we are united with you. Instead we have had little reaction from political leaders within the UK government against this draconian policy.

Justin Trudeau, the Canadian prime minister, summed up what our government should have been saying.

To those fleeing persecution, terror & war, Canadians will welcome you, regardless of your faith. Diversity is our strength #WelcomeToCanada

And amid all this chaos and confusion, Donald Trump simply said: “You see it at the airports. You see it all over. It's working out very nicely and we're going to have a very, very strict ban.”

Calls to ban Muslims from entering the U.S. are offensive and unconstitutional.

And on Sunday Trump again took to Twitter to justify the Muslim travel ban. In his words:

But a recent study has shown that 46 Muslim-Americans were associated with violent extremism in 2016, a 40 percent drop from 2015.

Interestingly, few of these individuals – nine out of 46 - had family from the seven countries that the Trump administration has banned.

Each time we point the finger of blame at refugees, we are doing the work for militants, such as Islamic State, who want to foster a "them vs us" culture.

Then there are the refugees. As part of its actions, the Trump administration has completely suspended the US Syrian refugee programme, which had previously accepted 12,486 Syrians.

What Trump doesn’t seem to understand is the huge contribution refugees make to our society. These are people who have lost everything from their homes, belongings, family members and relatives. The trauma and psychological impact they have faced is heart breaking.

These are people with dreams and aspirations -  they are not terrorists

These are people with dreams and aspirations -  they are not terrorists.

Indeed, when we see images of children like Alan Kurdi, who was trying to make that dream a reality, but was swept aside and drowned alongside his mother off the coast of Turkey, then we need to ask tough questions about the Trump administration.

In the same way we should stop blaming religion and Muslims for all the evils that groups like IS are perpetuating.

As a British-born Muslim, my faith makes it clear that killing anyone is the same as killing all of humanity. This moral panic plays into the hands of extremists like IS and ignores the facts about refugees.

If we allow such incidents to dictate immigration policies then surely we are going against the democratic principles of freedom of movement without fear of persecution.

This is a point in history when we will be judged by our actions not our dissociation. The Trump Muslim ban was announced on the eve of Holocaust Memorial day, echoing another dark chapter in US history when Jewish refugees were turned away by the US government.

Sadly, this ban will only act as a catalyst for groups such as IS, who will be using it as a propaganda tool for their “them vs us” narrative.

It’s at times like this that, as individuals, we must fight back and work together in sending a message to the Trump administration, loud and clear. “We are united as one community. Peace and hope over hate and intolerance.”

I don’t have any plans on going to the US while Donald Trump remains in power: I will reconsider if there is a new administration that respects diversity and human rights.

- Imran Awan is an Associate Professor in Criminology and an expert on issues related to Islamophobia, cyber hate, policing, security and counter-terrorism. He is the author of a number of papers and books in this area and is editor of Islamophobia in Cyberspace: Hate Crimes Go Viral (2016).

Photo: One young protester against the ban at San Francisco International Airport on January 29, 2017 (AFP)