Neither Washington nor Moscow: Egypt plays both sides but so does Russia

Alexey Khlebnikov
They stand to benefit significantly from even closer ties, but will Russia and Egypt continue their hot pursuit? Only time and the Trump administration's strategy will tell 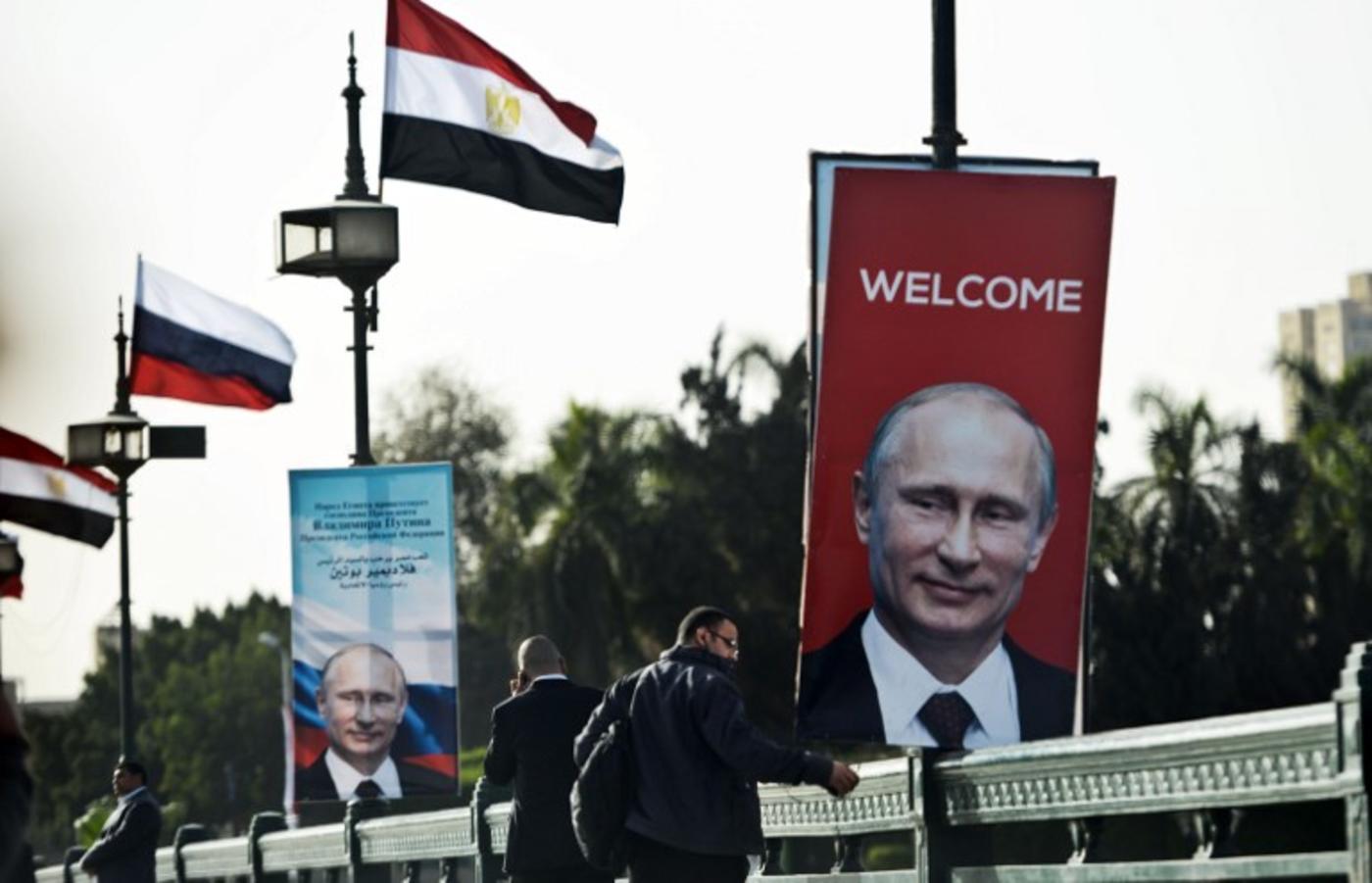 The first stop on Shoukry’s three-country European tour, it was one which underlined Cairo’s foreign policy priorities, including growing Russia-Egypt relations which started to intensify in 2013 following the overthrow of president Mohamed Morsi and improved with the election of Donald Trump to the White House.

Moscow has realised how to exploit regional trends and America’s diminished appetite to its benefit. In this context, Egypt poises a key opportunity

In Moscow, the two parties discussed a wide range of issues on the regional and international agendas, with emphasis on the need to work together to promptly resolve the crises in the Middle East and North Africa, including those in Syria, Libya, and Yemen. Considerable attention was paid to the issues related to the joint fight against terrorism and extremism.

Just two weeks later, Sisi and Putin met on the sidelines of the BRICS summit in China, soon followed by the completion of a two-year-old deal which will see Moscow build a nuclear plant on Egypt's coastline and teach Egyptians how to run it.

While acknowledging Egypt’s important role in the region, Russia, which is seen by many in the Middle East as a rising and important actor, is also concerned with regional dynamics and the new US administration’s approach, especially to Cairo.

Moscow clearly understands that, under Trump, the US will remain the key force in the Middle East although with a diminished appetite for involvement similar to that of the Obama administration.

But with its increased influence in Syria over the past two years, Moscow has realised how it can exploit regional trends and the American’s relatively reduced presence to its benefit. In this context, Egypt, for Russia, poses a key opportunity to further enhance its regional partnership portfolio.

Traditionally, the American approach to security has been based on relations with Israel, Saudi Arabia and, particularly since the 1970s under the leadership of Anwar Sadat, Egypt.

But in 2011, when Egyptian President Hosni Mubarak resigned under the pressure of mass protests, Egyptian elites believed the US had betrayed them. Washington had done nothing to save its prized ally. Then two years later, adding insult to injury, the US suspended $1.3bn in annual financial aid after the Egyptian military coup that ousted the Muslim Brotherhood.

As a result of these events, Cairo treated US policy in the region with a big grain of salt and began to work on diversifying it partnership portfolio, including its relationship with Russia.

Starting in 2013, Russia and Egypt intensified their ties, initiating “2+2” meetings which brought both the ministers of foreign affairs and defence together for talks, a format usually reserved for high level of cooperation between partners.

Since then, in addition to the now inked nuclear plant deal, Russia has signed several multi-billion dollar arms deals with Egypt that should eventually see the deliveries of new fighter jets, helicopters and coastal defence systems.

The improvement in Russia-Egypt relations have not only included arms and energy deals, but also joint military exercises in Egypt and anti-terrorism efforts which have created a solid basis for future development.

But even while Russia and Egypt have cosied up, the US has remained among Egypt's biggest economic and trade partners, including its annual $1.3bn financial aid which was restore in 2015.

Egypt has also been buoyed since 2013 by more than $35bn in aid, grants, investments and zero-interest loans from Gulf countries which have helped keep the economy afloat, allowed for arms purchases and, as a side benefit, have largely restrained Sisi from public criticism of Saudi’s regional policies.

However, this is not to say that Cairo simply takes the same approach as Saudi Arabia or the UAE towards Iran, Yemen or Syria, for example. In fact, it holds quite different positions and won’t change them overnight.

It is in this context that Egypt has become an even more valuable partner for Russia as its views and approaches are different from those in the Gulf and in Washington, yet Egypt remains important to the latter given its population size and peace treaty with Israel. Egypt’s willingness to go its own way opens up room for Russia to fill.

Jitters with the US

In turn, there is no doubt that Egypt views Russia as an important partner which allows it to play off and counter balance American influence while getting the best deals from both.

However, with the new US administration and its more traditional approach to the region, Cairo may easily restore its military-political cooperation with Washington to the level of the pre-Obama years.

If Trump’s Middle East policy demonstrates its commitment to Egypt as it has so far with regard to Saudi Arabia, this scenario is likely to come to pass. In the end, from economic and technological perspective, the US has more money and technology to offer than Russia which just can’t compete with Washington given its own economic problems.

But will this happen? The recent US cut of $300m in financial aid to Egypt over concerns with human rights and its relations with North Korea certainly hasn’t engendered more trust between Cairo and Washington.

Still, it is unlikely that this situation will bring much of a change to the US policy towards Egypt. The move is a temporary one. Cairo is still set to receive $1bn in US aid in 2017. Washington has made similar moves in the past and, in the end, aid is always resumed.

That said, Washington’s move is interpreted in Cairo as another indication that it cannot be trusted, further convincing Egypt that improving its ties with Russia is a smart move.

One critical issue that Egypt and Russia may move forward on together is Syria. Importantly, after his talks with Shoukry in Moscow, Lavrov praised Cairo’s positive role in negotiating de-escalation zones in Syria which marked a new role for Egypt.

“De-escalation zones are being created with the active participation of our Egyptian friends, who have held several meetings in Cairo that made it possible to agree on such zones in Eastern Ghouta and Homs,” Lavrov said.

Egypt is important for Russia as a partner able to unite different opposition groups in order to make progress in Syria. In this sense, it is also notable that Egypt serves as an additional channel of communication between Russia and Saudi Arabia-led GCC.

Another important aspect of the current Russia-Egypt relations is security cooperation. Since October 2015, when a Russian jet crashed over Sinai, Russia banned direct flights to Egypt which seriously damaged its tourist industry. So far, Moscow is not ready to re-open air-communication with Egypt arguing that it has not fulfilled security requirements.

However, after the recent talks with Shoukry, Lavrov noted progress in this work and said that prospects for resuming direct air travel will be clear in the very near future, a point Putin reportedly reiterated at the BRICS summit. Critically, the situation gives Moscow leverage over Egypt: as long as the direct flight ban exists, Russia has a bargaining chip which could keep Cairo from abrupt moves that might hurt Russia’s interests.

Egypt is also Russia’s gate to Libya, where Moscow intends to play a constructive role assisting reconciliation among competing factions and fighting terrorists. Importantly, Russian and Egyptian paratroopers held the first-ever joint anti-terrorist drills in the Egyptian desert in October 2016 and their navies held the first joint maritime exercises in the Mediterranean near Alexandria in June 2015.

Those drills certainly had a military-political rather than pure military goal. They aimed to show the new level of relations between Russia and Egypt, to demonstrate that Russia is ready to assist Egypt in its fight against terrorism which threatens Egyptian security from Libya and Sinai.

Moreover, it sent a signal to the United States that Egypt wants to diversify its partnerships. This month, Russian and Egyptian paratroopers are schedule to hold joint military exercises in Russia which  reaffirms the approach Egypt has chosen.

It is quite clear that both Russia and Egypt are interested in developing their ties as both find their connection beneficial. Cairo wants to be sure that it maintains a diversified network of international partners which gives it a chance to pursue a much more independent policy than it does right now. The continuous turmoil in Libya and Russia’s ambitions to play a constructive role there would seem to predetermine Moscow’s reliance on Cairo.

At the same time, Moscow wants to ensure that no major power shift - the creation of a new security bloc for example - will happen in the region, while simultaneously reaping the benefits for itself in terms of economic and security cooperation.

It remains to be seen what policy Trump’s administration will settle on for Cairo. And this will decide whether Egypt keeps Russia at its disposal or will put all its eggs back in the American basket. 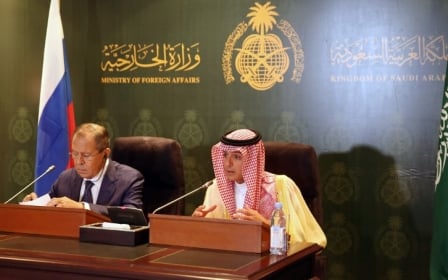 Egypt Turmoil
US aid cuts to Egypt: A wink to the region's dictators
Rania al-Malky