Ahmed D.Dardir
Language in former president's memoir conceals American injustices in order to impose the USA as a model that its internal and external victims should identify with 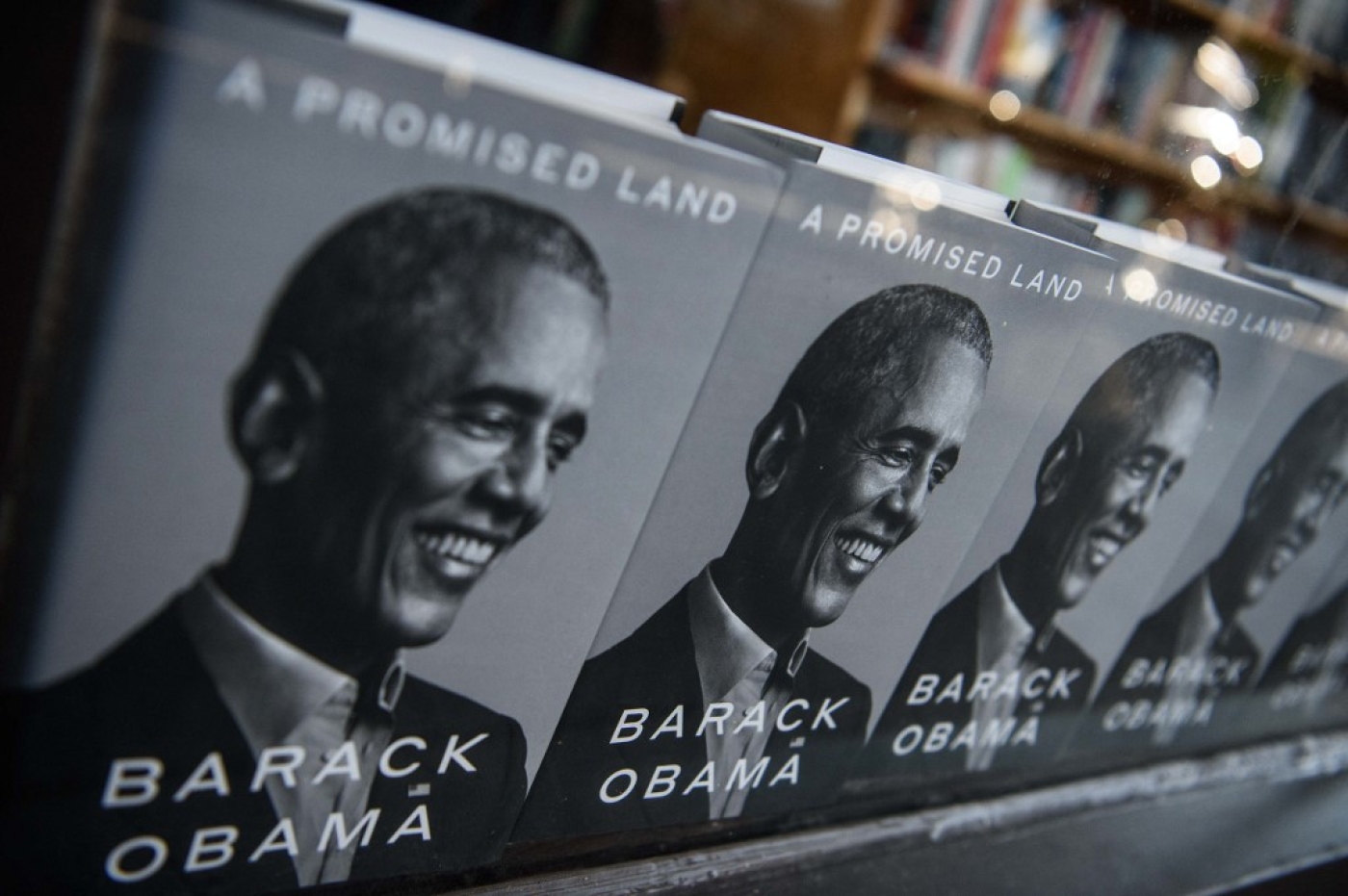 The title of former US President Barack Obama’s memoir, A Promised Land, does more than hark back to the Old Testament, the story of exodus and historical Palestine. It highlights the biblical roots of the dominant ideology of the US, and how the country was imagined - since its inception and through to the present day - as the new promised land.

This neo-biblical conception of the US dates back to the early Protestant settlements in the New World. Committed as they were to the literal word of the Bible, these early settlers, and especially the English Puritans, fancied living their lives as a reenactment of the story of the “children of Israel”. Their failure to impose their strict interpretation of the Bible in Europe was thus experienced as Egyptian and Babylonian captivity - and their settlement in the Americas as exodus from bondage and delivery to the promised and holy land.

The proclamation “America is our promised land” dates back to 1620 and is attributed to William Bradford, the leader of the first wave of extremist Puritan settlers who would found the Plymouth Bay colony and would later be mythologised as the forefathers of America. Together with later waves of settlers, they created segregated communities in which to practise their strict interpretation of the Bible, and provoked large-scale genocidal wars against Native American populations resistant to their Puritan ways, their encroachment on their lands and intervention in their politics.

The imagination of the US as the promised land further lent support to these wars, even as they took genocidal turns. If the Puritan settlers were neo-Israelites, then the native inhabitants of the promised land were neo-Canaanites, the extermination of whom was mandated as per the Puritans’ strict and literal reading of the Book of Joshua (the same reading that would justify the ethnic cleansing of Palestine four centuries later).

The book constructs a mythical US, divorced from its reality and deferred to an ambiguous futuristic horizon

As the Plymouth Bay colony was consecrated, through the Thanksgiving mythology, as one of the founding myths of the US, Bradford’s proclamation reverberated through the country’s history - and it is echoed in Obama’s title.

What is concerning, nevertheless, is not the religious-biblical roots and terminology (though they expose the persistence of Protestantism at the heart of modern secularism and liberalism). No, most concerning is the ideological work these references perform; the ways whereby the language of the promised land conceals American injustices for the sake of imposing the US as a model that its internal and external victims should look up to and identify with.

The book constructs a mythical US, divorced from its reality and deferred to an ambiguous futuristic horizon, where the promise of equality, inclusion, freedom and prosperity is, or will be, realised.

American history, since its mythologised roots in 1620, thus becomes a long march to this promised land - and while Obama acknowledges throughout the book that the realities of American politics may have digressed from this march, he attempts to fix his presidency as a step on the road to this mythical and promised country.

To do so, Obama appropriates not only the Bible and the story of the Israelites, but also the African-American tradition of turning the biblical story into a metaphor for their own captivity in the US and their march towards freedom.

In the course of his tedious account of his electoral campaign, a story stands out wherein Pastor Otis Moss Jr, who used to be an associate of Martin Luther King, reportedly confided to Obama: “Every generation is limited by what it knows. Those of us who were part of the [civil rights] movement … we are the Moses generation … We got us out of Egypt, you could say. But we could only travel so far. You, Barack, are part of the Joshua generation.”

Obama then proceeds to describe a “pilgrimage” to Selma, where he performed an electoral gimmick hosted by a fellow congressman (thus, the tradition of resistance that Selma represents becomes appropriated and absorbed into the establishment and electoral politics): “And so we went,” Obama recollects, in terms that invoke both the Israelite march to Palestine and the marches of the civil rights movement, “the morning sky a glorious blue, crossing the bridge over a muddy brown river, voices rising sporadically in song and prayer.

“With each step, I imagined how these now elderly men and women must have felt forty-some years earlier, their young hearts beating furiously as they faced down a phalanx of armed men on horseback … The fact that they were still engaged in the fight and, despite setbacks and sorrow, hadn’t succumbed to bitterness, showed me that I had no cause to be tired. I felt renewed in my conviction that I was where I was supposed to be and doing what needed to be done.”

The book opens by quoting a spiritual heralding a “great camp-meeting in the promised land”. Indeed, such spirituals belonged to the tradition of slavery and located the promised land, which symbolised redemption from American bondage, outside of the US as we know it (in some cases, it was unambiguously in Africa, as with Rastafari culture). In other words, they were resistance hymns that expressed hope for deliverance from the US - only to be appropriated by Obama in his memoir as American propaganda. Barack Obama's memoir is a desperate attempt to seal a legacy. It fails
Read More »

Obama, who descends from white slave owners on his mother’s side, and who served the white establishment throughout his career, appropriates the plight and dreams of African slaves yearning for delivery from the US, for the purpose of pinning it as their and the world’s promised land. Ultimately, Obama seeks to achieve this ideological effect not only on the level of the American population, but also on a global scale.

Despite “conquest and subjugation, a racial caste system and rapacious capitalism” (which, Obama concedes, have been characteristics of the American system), he insists: “I’m not yet ready to abandon the possibility of America - not just for the sake of future generations of Americans but for all humankind.”

Ahmed D.Dardir
Ahmed D. Dardir holds a PhD in Middle Eastern Studies from Columbia University. His forthcoming book is tentatively titled Licentious Topographies: Global Counterrevolution and Bad Subjectivity in Modern Egypt. He is a regular contributor to a number of media outlets. His personal blog can be found at https://textualtrimmings.blogspot.com. Diplomacy
Barack Obama's legacy in the Middle East: Six things we learned from 'A Promised Land' 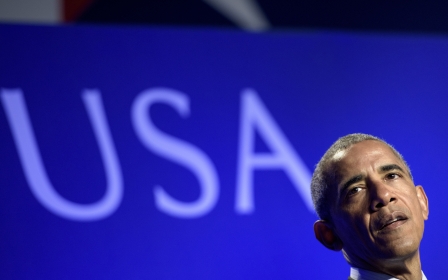