Taha Ozhan
After years of ups and downs, how Trump proceeds in the coming days with Gulen and Syria will set the tone for the relationship going forward 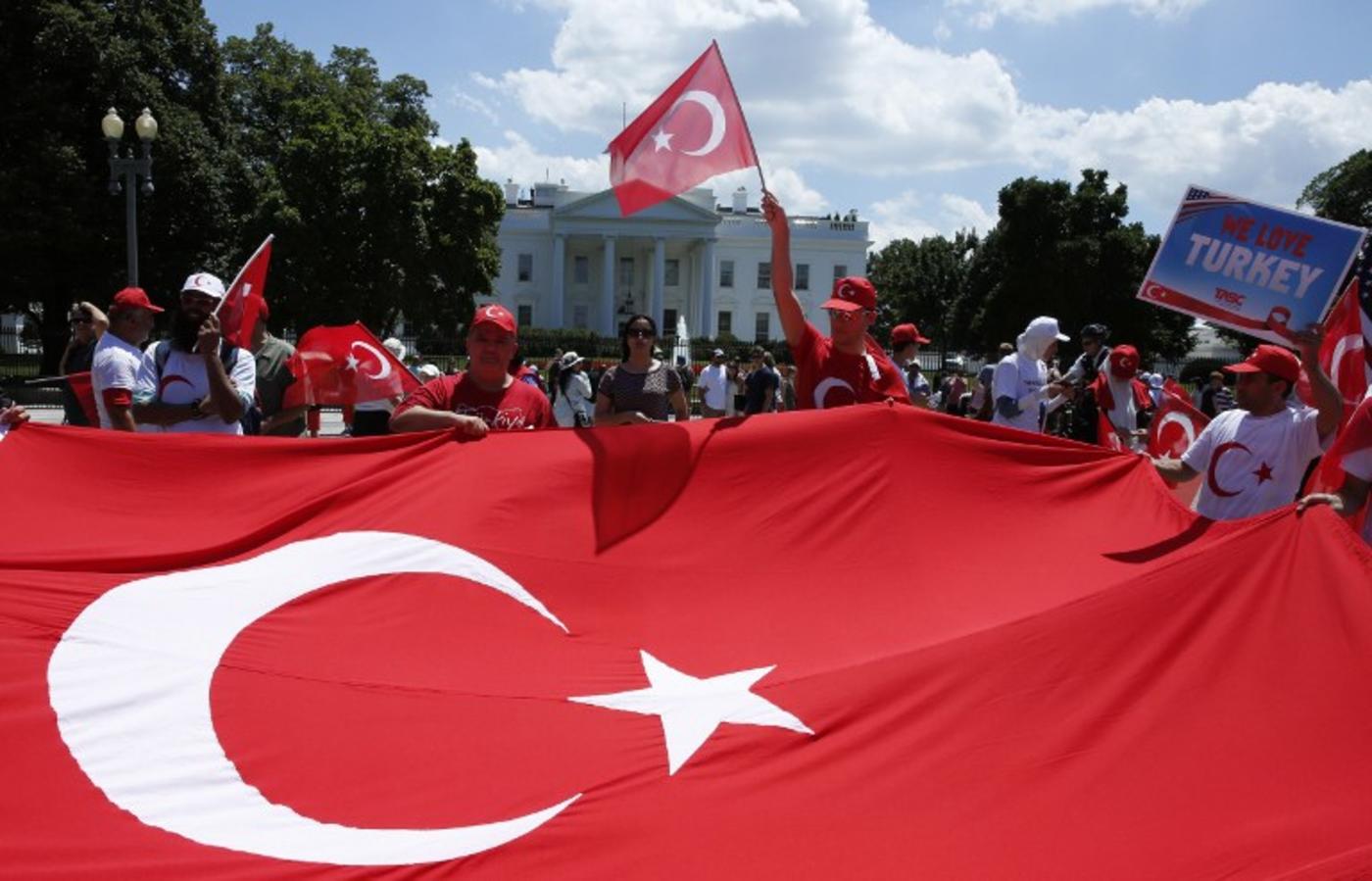 It is not yet clear what kind of a relationship the new American administration will establish with the Islamic world and the Middle East.

Most recent analyses on how the US's regional policy will shape up are mere speculation based on the biography of incoming appointees. There are also big questions about how the US will now work with Russia, China and Europe.

However, the uncertainty over how the new administration’s Middle East and European policies will evolve is not a neutral situation. On the contrary, the crises caused by the previous administration’s political apathy and indecisive pacifism have reached a critical point. Turkish-American relations sit on this very fault line.

Responsible, bilateral steps taken quickly could move relations into a positive direction while unstable and insufficient measures may simply compound the problems caused by the previous US administration.

Almost all the peaks and troughs of the Turkish-American ties during the Obama years stem from the radical changes in the practical, political, diplomatic, and military steps of Washington's own making.

The current Turkish leadership has been in place since 2002 and worked with both Bush and Obama. More so than other US allies, Turkey has worked very closely with the US in problem areas. In 2003, the AK Party government rejected the Bush administration’s offer to invade Iraq. Despite these circumstances, it was still able to work with the Bush administration for another six years.

The same leadership in Ankara survived eight years of ups and downs with the Obama administration that opposed the occupation of Iraq. Now the Trump administration has to manage issues with yet again the same Turkish leadership. Continuity in Turkey may be an advantage for both the US and Turkey.

From radical interventionism to radical pacifism

Relations between the US and Turkey should be seen not only through a 9/11 prism, but at the post-Iraqi invasion period which provides a rich background to analyse diplomatic ties. From 9/11 to 11/9, Trump’s election as president, this relationship has faced many great challenges and opportunities.

In both periods, extreme tendencies and decisions could not be prevented. The Bush administration made radical decisions to invade Afghanistan and Iraq. As a result, a political tsunami engulfed the Middle East and North Africa.

The Obama administration attempted to repair the harm Bush had caused by working on America’s image. Obama's radicalism was rhetorical, calling for democracy and change in the region. His key 2009 speech in Cairo was perceived as backing for the Arab Spring and, indeed, it was a call for change, meaning change in government.

The most legitimate and bloodless way to accomplishing this change was through the ballot box. In 2012, Egypt accomplished just that. But when Sisi took power in 2013, Egypt was left alone. Washington was not even able to call a bloody coup a coup.

Obama's red line on Syria regarding the use of chemical weapons was violated by the Assad regime, but the violation was ignored. These decisions and the deep crises that resulted from them were as radical as the decisions to invade Afghanistan and Iraq - and they stopped Turkey from developing rational relations with the Middle East and Europe.

The most important decision the new US administration now faces is how - and if - to rationalise the decisions of the previous administrations over the last 15 years. During that time, the US vacillated from radical interventionism to radical pacifism. Establishing an equilibrium between those two extremes is a high priority.

There are other pressing issues that will be on the Trump administration's agenda - America's view of Europe, the nature of its relations with the Islamic world, and whether it will open a new page with Russia, to name a few.

And also issues that will not only deeply affect the region, but will also have global repercussions: whether to pursue a rational and just policy towards Israeli occupation or not, move the US embassy to Jerusalem or declare the Muslim Brotherhood a terrorist organisation.

Then there are three issues critical to the Turkish relations with the US: Iraq, Syria, and the Fetullah Gulen Terror Organisation (FETO).

Starting from the invasion of Iraq to the country's 2010 elections, which established a tacit and unnamed American-Iranian order in Iraq, Turkey remained critical of all approaches that the US put forward. The transformation of Iraq into a sectarian-ethnic entity was a mistake as grave as the invasion itself, and has led to major internal chaos and fighting culminating in emergence of the Islamic State (IS) group and IS-like groups, and the loss of life of hundreds of thousands of Iraqis.

Day by day after the invasion, Iraq moved away from any sense of normality in the wake of acute turmoil. In the post-2010 period, as the US administration denied the Iraqiyya movement the space it deserved as a result of elections, greater chaos in Iraq became inevitable.

The Iraqi crisis of the past 37 years has become the womb for many of today's regional and global security issues and repeating post-2010 mistakes will only give birth to more crises. Ankara-Washington cooperation is needed in order to stop the 40-year long instability in Iraq and ensure lasting results in the fight against IS.

The patronising and ethnic-sectarian approach of Baghdad governments operating out of the green zone has not re-established order in Iraq, but instead has fed chaos and confrontation in Iraq as the US looks on. Taking a different approach in itself could constitute a solid beginning for both the region and Turkey-American relations.

If left to the American administration, Syria could even have been part of the invasion wave in 2003. Although the idea was kept alive, no action followed.

But interestingly, once the probability of toppling the Assad regime emerged, the Americans left the Syrians who wanted change to their own devices, just as they had left the other Arab Spring countries. The US administration, which was in quite a cooperative and effective working relationship with Turkey, slipped into a deep state of indecision and absence of policy.

It is now engraved in everyone’s mind that the minimal cost for demanding change in the region was Egypt, while the maximum cost was Syria

The preferences of the Obama administration were as radical as the previous administrations' move to invade Afghanistan and Iraq. His decision to give a green light to the coup against the first elected government in Egypt was at least as radical as those of the Bush administration. Chemical weapons were used in Syria at the same time as the Rabaa massacres in Cairo. It is now engraved in everyone’s mind that the minimal cost for demanding change in the region was Egypt, while the maximum cost was Syria.

From this point on, the Syrian crisis evolved into three crises. The first is the proxy wars, including the terror organisations, battling it out in Syria, the second is the globalisation of the terrorism issue, and the third is the refugee crisis. Turkey is directly in the firing line of all three.

Turkey is on the same page with the US on the fight against IS and the global fight against terrorism; no problem thus far with that. The major conflict between Turkey and the US is over Washington’s approach to fighting against the terror organisations in Syria. The US wishes to continue its support for one of the two terror organisations conducting operations in Turkey, and hopes that Turkey will watch this silently.

First, Washington’s cooperation with the Democratic Union Party (PYD) which conducts terror and suicide bombing attacks in Turkey, is not only unacceptable, but also unsustainable. Even as the PYD refuses to deny that it is part of the Kurdistan Workers' Party (PKK) terror organisation, America’s insistence on not listing the PYD as a terror organisation is not justifiable, and cannot be maintained indefinitely.

To maintain this stance, the tale of PYD’s fight against IS is all too often told, tiring everyone. The most important change the new US administration can bring about should be the rationalisation of the radical and marginal foreign policy decisions of the previous administration. Foremost of these decisions must be a speedy severance of relations with the PYD which simultaneously flirts with Iran, Russia, and the Assad regime.

Extradite Gulen - or else

Finally, the US continues to harbour the leader of the terror organisation that perpetrated the bloody coup attempt in Turkey last July. This is how the Turkish people sees it. As a result, America’s image in Turkey is at an all-time historic low.

America has not taken a single serious step in the past seven months against the FETO organisation that attempted the coup; this multiplies the number of conspiracy theories about the US in Turkey and the crisis in the relations between the two countries deepens further.

To refer the FETO issue to the courts is a non-starter for the people of Turkey. Continued US residency for the leadership of a terror organisation responsible for killing hundreds and wounding thousands of unarmed civilians is simply inexplicable in terms of diplomatic relations, international law, and the binding extradition agreement between the two countries.

The American administration must, without further delay, detain and surrender to Turkey the leader Fetullah Gulen and the administration of the terror organisation.

Following the coup attempt, all American authorities were provided information and evidence of Gulen's involvement, and a demand for extradition was officially filed. It is highly probable that while the American administration lingers and fails to take steps with regard to FETO, serious problems will emerge in many areas of common concern, cooperation in the fight against terrorism being chief among them.

It is expected that the new US administration’s line on FETO and Syria will become clear in the coming days. In both of these matters, cooperating with Turkey must be not only Turkey’s wish, but also Washington’s rational preference. Anything else will be a deviation that will harm relations irreparably.

Photo: Supporters of Turkish President Recep Tayip Erdogan rally outside the White House in Washington, DC in July 2016 after the attempted coup (AFP) 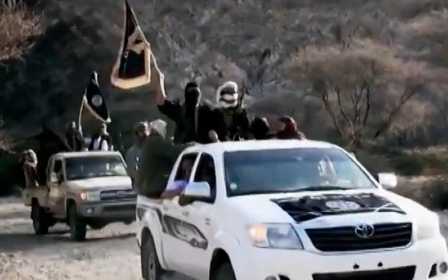 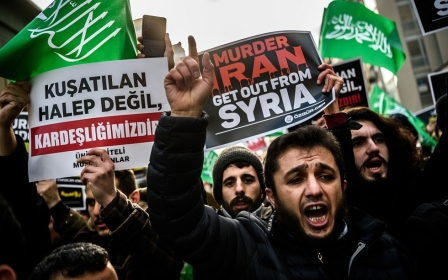