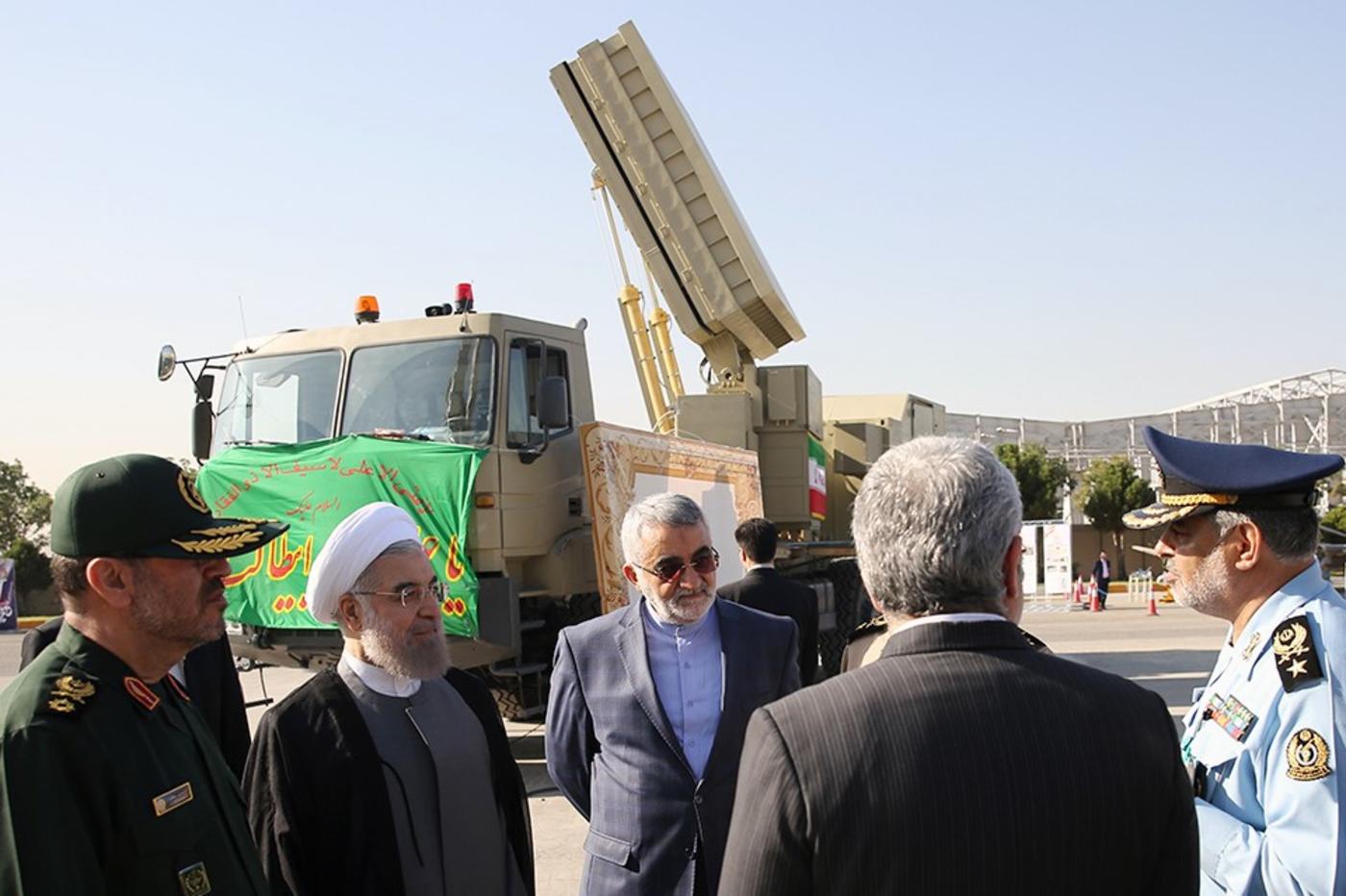 The firing of a ballistic missile at Riyadh on Tuesday, which was reportedly intercepted by the Patriot missile defence system, underscores the potential for escalation in the nearly three-year-long Yemen conflict.

In view of the Houthis' demonstrable ability to target sensitive Saudi sites, the kingdom is likely to be more cautious in its bombing campaign of Yemen

The latest missile strike came on the heels of a highly dramatic presentation by Nikki Haley, the United States' ambassador to the United Nations, which purported to show "undeniable" evidence of an Iranian connection to the missile strikes on Saudi Arabia.

The setting of the presentation, at an air force hangar in Washington DC, was instructive, as was Haley’s standing in front of the "charred remnants" of what the US Pentagon claims was an Iranian-made ballistic missile fired at King Khaled international airport in early November.

The firm US conviction as expressed by Haley is more based on politics than evidence. It is instructive that a UN panel of experts investigating the ballistic missile strikes found no "smoking gun" as to the specific maker or supplier of the missiles.

In a report to the Security Council on 24 November, the independent panel of UN monitors said the remnants of four ballistic missiles fired into Saudi Arabia by Yemen's Houthi rebels appear to have been designed and manufacture by Riyadh's regional rival, Iran.

However, the panel said it "as yet has no evidence as to the identity of the broker or supplier" of the missiles which were likely shipped to the Houthis in violation of a targeted UN arms embargo imposed in April 2015.

Beyond technical issues, there is a clear strategic logic for the IRGC to help the Houthis develop deterrent capabilities, especially in the context of Saudi escalation

On 9 December, another UN panel submitted a report to UN Secretary-General Antonio Guterres on the implementation of UN sanctions and restrictions on Iran.

According to the report, described as confidential, UN officials have found that "the missiles had similar structural and manufacturing features which suggest a common origin", but they were still investigating US and Saudi claims that Iran supplied them.

In fact, UN investigators looking at the shrapnel of projectiles fired between July and November have reportedly discovered both Iranian and American hardware in the missiles, thus strengthening the hypothesis that the deployment of these missiles may have more to do with Yemeni Houthi ingenuity than a direct Iranian supply network.

Irrespective of the missiles’ origin, their strategic impact is already evident, as demonstrated by Haley's dramatic and - in part - desperate presentation. By demonstrating its ability to strike deep inside Saudi Arabia, the Ansar Allah movement (aka the Houthis) have established a sufficiently strong deterrent capability which is set to influence the outcome of the war.

At the heart of Haley and the Pentagon's case is that the short-range ballistic missiles fired at Saudi targets since July bear remarkable resemblance to the Qiam-1, a short-range, liquid-fuelled ballistic missile first unveiled by Iran in August 2010.

Rhetoric aside, the sole technical aspect of Haley's case against Iran is the questionable assertion that Qiam-1 is the only ballistic missile in the world without stabiliser fins. If this is the strongest technical aspect of the case, then as sceptics have pointed out, it leaves key questions unanswered.

Established in the mid-1980s at the height of the Iran-Iraq War, Iran's ballistic missile industry has been owned from the outset by a specialised wing of the Islamic Revolutionary Guards Corps (IRGC). Today this specialised wing is housed in the aerospace division of the IRGC commanded by Brigadier-General Amir Ali Hajizadeh.

Whilst Iran produces and deploys up to a dozen different type of ballistic missiles  – differentiated by fuel type, accuracy, range and size of warhead – at the conceptual level most of them can be traced to the Soviet Scud-B and Scud-C ballistic missiles.

Specifically, the Qiam-1 is a variant of the Shahab-2, originally modelled on the Soviet Scud-C. The Shahab family of missiles is the crown jewel of the Iranian ballistic missile programme, in so far as they demonstrate a relatively high degree of innovation and indigenous capability.

Latest models include the Shahab-3, a medium-range ballistic missile which carries a warhead payload in excess of 1,000kg.

Hitherto, there has been only one officially verified operational use of the Qiam-1; that occurred in June when the IRGC struck so-called Islamic State group targets in eastern Syria in retaliation for the group's twin terror attacks in Tehran earlier in the month.

Whilst the apparently successful deployment of Qiam-1 in June tends to lend credence to the US charge that they have been supplied to the Houthis – in the confidence that they can be deployed successfully in an operational setting – Haley and the Pentagon have left at least three technical questions unanswered.

First and foremost, in view of the blockade imposed on Yemen, and more specifically the forensic scrutiny applied to any potential Iranian access to Yemeni ports, how was it possible for the IRGC to ship sophisticated and high-maintenance ballistic missiles to Yemen?

Second, US and Saudi charges of an Iranian connection completely fail to take into account Yemen's pre-existing stockpile of ballistic missiles. When the Houthis took over Sanaa in September 2014, the Yemeni armed forces were in possession of at least 85 ballistic missiles.

Just under half was comprised of Scud-B missiles directly supplied to South Yemen by the former Soviet Union in late 1979.

An additional 45 Hwasong-6 ballistic missiles were supplied to Yemen by North Korea in the period 2001-2002. This connection led the South Korean intelligence service to assess that the Hwasong-6 was fired at Saudi Arabia during the early phase of the war.

More broadly, the firing of missiles at the early stage of the conflict was instructive, in so far as it hinted at a pre-existing Yemeni national defence strategy to use missiles against a proximate adversary in the event of war. This reality speaks to the complexity of the issue and undermines the US and Saudi obsession to attribute the Yemenis' missile capability entirely to Iran.

Third, if the IRGC is supplying the Houthis with ballistic missiles, they could have done better by giving them shorter range and more accurate missiles. For example, the short-range Fateh-110 (first developed in the 1990s but only fully deployed since 2002) has relatively advanced control and guidance systems.

While the Fateh-110 cannot reach Riyadh from northern Yemen, nevertheless it can cause devastation to Saudi defence installations in the south of the country. More importantly, it is easier to de-assemble, transport and re-assemble than the Qiam-1.

None of this of course proves that there is no Iranian connection to the missile strikes on Riyadh. But it does point firmly to the US's incomplete case against Iran and the highly politicised nature of Haley's presentation.

Independent experts not connected to the US Defense Intelligence Agency are likely to form a more expansive background, situational and operational assessment of the recent missile strikes on Saudi Arabia.

Beyond technical issues, there is a clear strategic logic for the IRGC to help the Houthis develop deterrent capabilities, especially in the context of Saudi escalation. It is clear that the targeting of Riyadh has rattled both the Saudis and the Americans, thus prompting Haley's frantic presentation.

American and Saudi fears are compounded by emerging reports that the US-supplied Patriot missile defence system may have failed to destroy the missile aimed at King Khaled international airport.

In view of the Houthis' demonstrable ability to target sensitive Saudi sites, the kingdom is likely to be more cautious in its bombing campaign of Yemen. Saudi leaders are now all too aware that any serious escalation, particularly high-casualty attacks, may prompt the Houthis to target Riyadh in retaliation.

A measured and timely use of ballistic missiles could even shorten the duration of the war and torpedo Saudi plans to inflict a decisive military defeat on the Houthis.

A possible Iranian hand in this approach can be discerned from the rhetoric of Iranian defence and national security leaders.

Alluding to the deployment of ballistic missiles by the Houthis, former defence minister Ahmad Vahidi, claimed on Thursday that the US is "hostage" to Iran's regional strategy of "resistance". 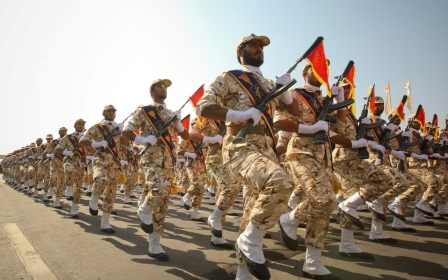 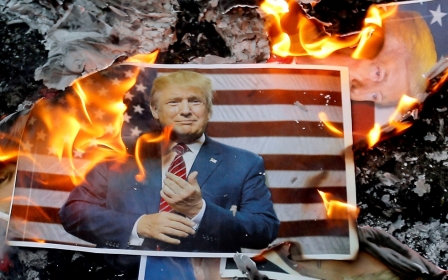