Not in my name 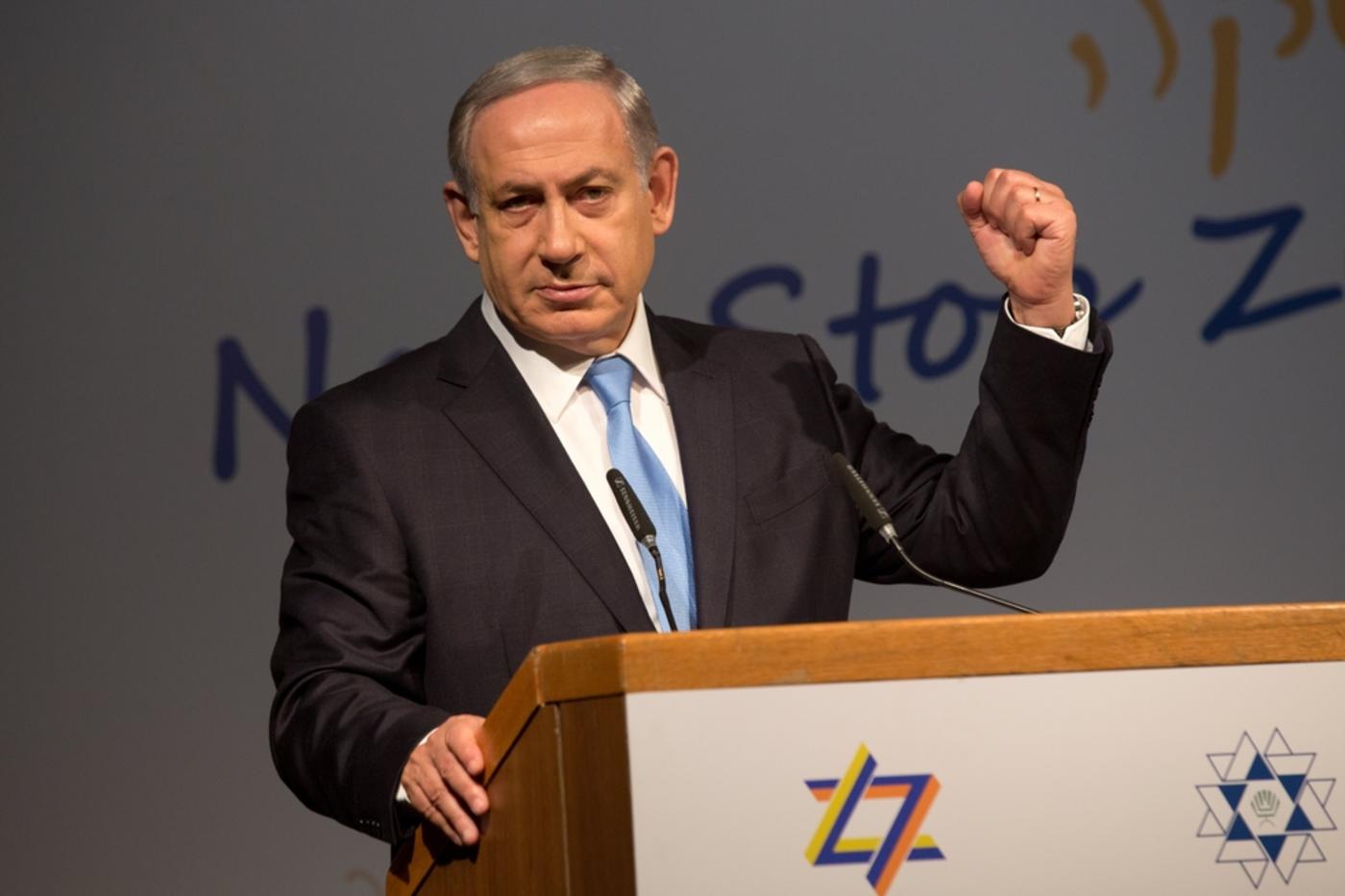 For people who injected a fair amount of drama into the business of raising two children in post-war suburban North London (“it’s not as if I am buying a submarine” my mother would complain when kept waiting in a shop) my parents’ accounts of their childhood in Nazi Vienna were sparse and factual. There was little sense of drama in what was, by definition, a dramatic story.

The day, for instance when anti-Nazi graffiti appeared on the wall outside my grandfather’s dental practice in the fashionable centre of the city, and the Nazis forced the Jewish dentist to erase the paint daubed on the wall - with a toothbrush.

My grandmother told me how she was handed a bucket and mop by her concierge and forced to wash several flights of steps up to her flat. I remember my mother’s intriguingly sympathetic description of her primary school teacher, a woman torn between her maternalism and her Nazism. She told her Jewish pupils, “And you are also my children.” My mother remembers the inflexion in the word “also”.

I soon realised that vital ingredients were missing from their account: trauma and anger. My father, whose name was on a list of Jewish and Communist activists, narrowly escaped death as a 17-year-old.

But he was not angry about it. Many years later, he recalls meeting Leni Riefenstahl, Hitler’s inspired filmmaker and photographer, who directed Triumph of the Will and Olympia. He told her: “If your boyfriend had had his way, I would have been a lampshade.”

If anger and trauma exist anywhere, it lives on in Benjamin Netanyahu’s Israel. This is now the incubator of Jewish Israeli rage. And what is more interesting, the anger is growing and mutating. As each generation becomes more distant from the Holocaust, over whose memory Israel claims a state monopoly, the trauma and the fear it generates grows.

For a psychotherapist this process would be familiar. It is called transfer trauma, whereby the trauma experienced by one generation grows as it is transferred onto another. The inheritors of trauma are angrier than those who originally experienced it.  Transfer or transgenerational trauma pops up in many forms.

It is present, for instance, in the emotion generated by the words “never again”. It starts as, “Never again will Jews undress and walk passively into the gas ovens.”

But “never again” today has a different target. It is not the people who actually took part in the industrial-scale killing - Germans, Poles, Latvians or Western Ukrainians. Israel’s wrath does not fall on Latvian nationalists, who until recently celebrated their involvement with the SS in an annual parade.

No-one, except the Russians, noticed a torchlit ceremony in the city of Lviv held by 15,000 members of Svoboda in honour of Stepan Bandera, who led the fascist Organisation of Ukrainian Nationalists. Bandera’s forces killed 90,000 Poles and many Jews between 1943 and 1944. Israel’s ties to Ukraine are closer than ever before.

The transferred or inherited wrath falls now onto Palestinians.

To establish the narrative of Arab complicity in Jewish suffering, Israel has lent heavily on the experience of the Mizrahi Jews, who are from Iraq, Egypt and North Africa. The Jews of Egypt were subject to waves of repression from 1948 till 1967, which were related to the wars Egypt fought with Israel. In 1948 there were between 75,000 and 80,000 of them in Egypt. Today there are only eight Egyptian-born Jews living in Cairo. Roughly one million Jews were forced to flee North Africa and the Middle East after the creation of Israel.

But that is not enough for this all-consuming rage. On Tuesday Benjamin Netanyahu went further, by claiming a Palestinian - the Grand Mufti of Jerusalem, Haj Amin al-Husseini - planted the idea of the extermination of European Jewry in Hitler’s mind.

Netanyahu told the World Zionist Congress in Jerusalem: "Hitler didn't want to exterminate the Jews at the time, he wanted to expel the Jew. And Haj Amin al-Husseini went to Hitler and said, 'If you expel them, they'll all come here (to Palestine).' According to Netanyahu, Hitler then asked: "What should I do with them?" and the mufti replied: "Burn them."

This is an historical nonsense. Al-Husseini met Hitler in November 1941. Heinrich Himmler instructed the Einsatzgruppen to kill all Jews and card-carrying Communists in the lands Germany had captured from the Soviet Union on 13 March that year. Hermann Goering first talked of the “complete solution to the Jewish Question” on 31 July. 33,771 Jews were murdered in Babi Yar in September and Operation Reinhard, to construct the camps in Poland, began in October.

Prof Dina Porat, chief historian at Yad Vashem, the World Center for Holocaust Research, strongly implied that Netanyahu had made the conversation up. She told Haaretz that the meeting between Hitler and Al-Husseini was minuted only in general terms and there was no record of the alleged exchange Netanyahu quoted.

“The mufti did not speak to Hitler in terms of ‘you should do this,’ or ‘what do you think of a final solution?’ Nor is it recorded that the mufti told Hitler to ‘burn them.’ Hitler never asked anyone what to do with the Jews,” Porat said. Hitler told the mufti that he would “’continue his plans,’ meaning that he had already begun, and certainly not because the mufti asked him to.”

Netanyahu was widely condemned for playing into the hands of holocaust deniers. Zionist Union leader Isaac Herzog wrote on his Facebook page: "This is a dangerous historical distortion and I demand Netanyahu correct it immediately as it minimises the Holocaust, Nazism and…Hitler's part in our people's terrible disaster."

Meretz leader Zehava Galon said, "This is not a Jorg Haider speech. It's not a part of [Mahmoud] Abbas' doctorate. It's a real quote from Israeli Prime Minister Benjamin Netanyahu," she said. "Maybe the 33,771 Jews murdered in Babi Yar in September 1941 – two months before the Mufti and Hitler met - should be exhumed and updated that the Nazis didn't mean to destroy them."

Arab Joint List leader Ayman Odeh accused Netanyahu of rewriting history in order to incite against the Palestinian people. “The victims of the Nazi monster, among them millions of Jews, have become cheap propaganda in the service of peace rejectionism. Netanyahu proves every day how dangerous he is for both peoples, and how far he's willing to go to cement his rule and justify his disastrous policies."

Netanyahu has played fast and loose with the facts before. He used his own name to claim the following: "The attempt by many to describe the Jews as foreign colonialists in their own homeland is one of the great lies of modern times. In my office, I have a signet ring that was loaned to me by Israel's Department of Antiquities. The ring was found next to the Western Wall, but it dates back some 2,800 years ago, 200 years after King David turned Jerusalem into our capital city. The ring is a seal of a Jewish official, and inscribed on it in Hebrew is his name: Netanyahu. Netanyahu Ben-Yoash. That’s my last name.”

No it is not. Benjamin’s father, the historian Benzion, was born in Warsaw under the name of Mileikowsky. Netanyahu is the family’s adopted name. Nor for that matter is Hearst the original family name. My father had to change it very quickly as his unit was about to take part in the landing at Salerno. The British Army could not have an officer in combat called Hirshtritt.

Everything, even the memory of six million dead, is subservient and subordinate to this task. He is indeed a very dangerous man. He is toxic to any possible resolution of this conflict. If Jews around the world had any thought for preserving their ghastly collective memory from this desecration, they should tell him - and all Israelis who vote for these people - “Not in our name.” 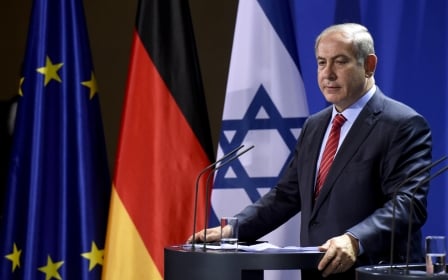