Obama: Realistic or Rudderless on Syria? 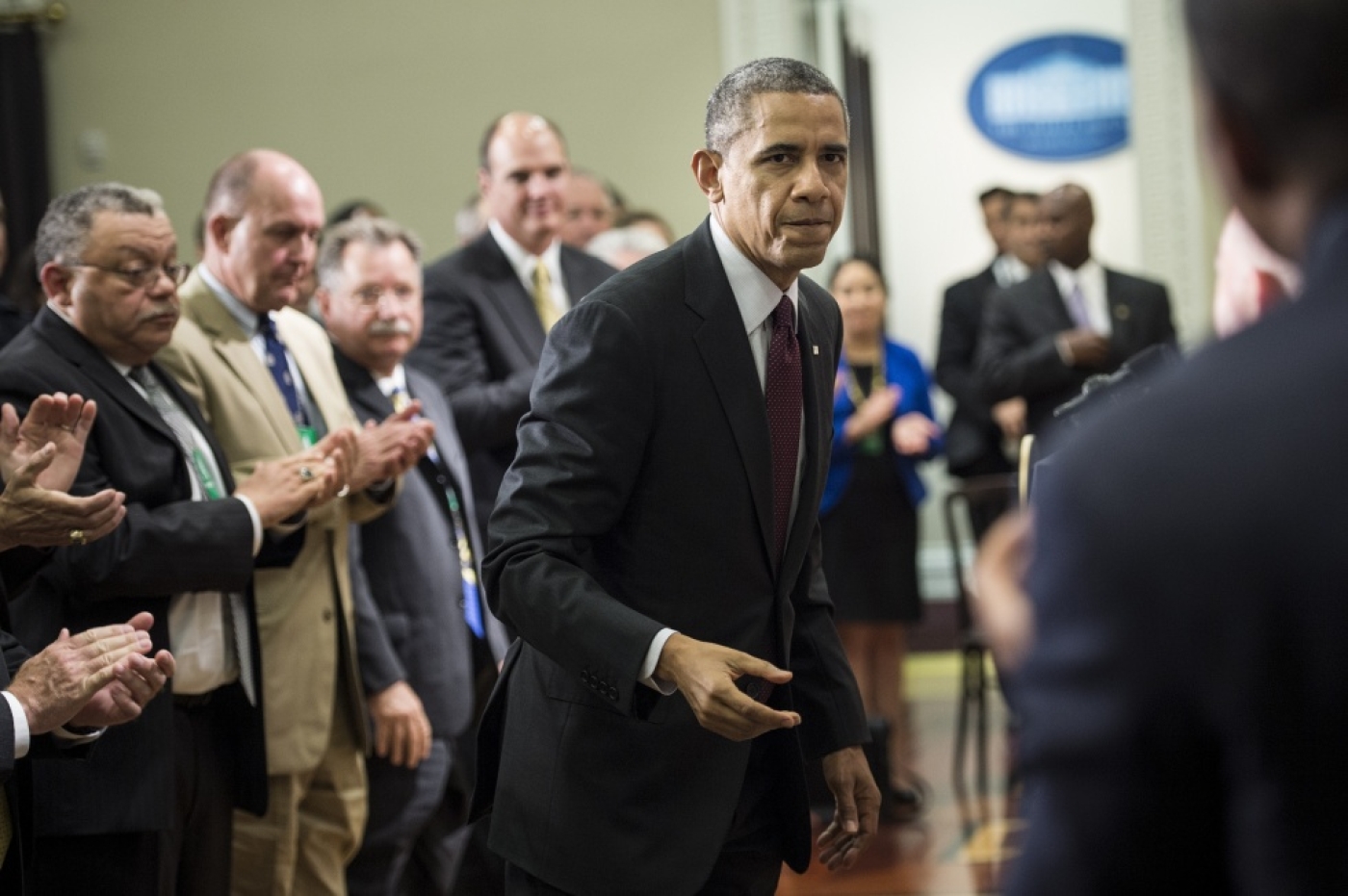 US airstrikes strikes against Islamic State in Iraq this month have inevitably revived the long-running debate over Obama's Syria policy.

Hawkish commentators leapt on an interview by Hillary Clinton where she appeared to blame IS's rise on the president's refusal to arm Syria's secular rebels in 2012, saying it, “left a big vacuum, which the jihadists have now filled.”

Supporters of Obama responded, as did the president in his own interview, by dismissing such views as “fantasy”.

Aside from the usual political point scoring, these two reactions reflect a wider contest already waging among Washington commentators to define Obama's foreign policy legacy, and his Syria stance is key. One sees the president's approach as realistic, the other as rudderless.

The rudderless camp boasts not only the usual neo-cons, but also many who have served the administration, including the former ambassador to Damascus, Robert Ford and former special advisor for transition in Syria, Fred Hof.

Lack of leadership is a common criticism, portraying the president as reactive, without clear goals other than a general aversion to military action. Many add that the primary concern is how actions play in the domestic news cycle.

Obama is painted as aloof and high-minded, seeking advice only from those who reinforce his opinions and dismissing experienced views from the State Department and elsewhere. A small inner circle of close advisors, notably Ben Rhodes, Susan Rice and Denis McDonough, instead determines policy.

To critics, Obama’s approach to Syria is a catalogue of reactive errors. By mid-2011, Obama was convinced, as were most advisors and the state department, that Syrian president Bashar al-Assad would be swept away by the Arab Spring, and so publically called on him to step down.

However, this was not followed up by a clear plan of how Assad’s fall would be achieved, beyond ineffective economic sanctions, condemning rhetoric and diplomatic support for the opposition.

Then-CIA director David Petraeus, supported by Clinton and others, drew up a plan to arm and train the mostly secular rebel militias, but Obama refused. Instead, other actors - notably Qatar, Turkey, Saudi Arabia and a host of private donors from the Gulf - armed the rebels, often encouraging Islamist leaning fighters. This weakened the secularists, diminished US influence over the rebels, and created the vacuum that Clinton claims IS filled.

Obama then exacerbated matters by backing away from a proposed airstrike of Syria in August 2013 after Assad had crossed Obama’s self-declared “red line” of using chemical weapons. By accepting a Russian plan that removed Assad’s WMD peacefully, Obama showed a caution that emboldened Assad and further convinced the armed rebels that Washington was not coming to help, accelerating the attraction of radicals like IS.

However, Obama’s supporters who view his policies as realistic refute this view.  While they accept that the White House made errors, notably the assumption that Assad would fall quickly, since then it has responded intelligently. The rebels - who Obama himself characterises as, “former doctors, farmers, pharmacists and so forth” - would never have defeated a well-armed state backed by Russia, Iran and Hezbollah. Any major armaments plan would likely have sucked the US further into an unwinnable conflict and various academic studies have shown that the Syrian conflict

Syria resembles the kind of classic civil war that research suggests external intervention only prolongs, rather than resolves.

Recognising that the US has never held much sway in Syria, unlike Egypt and Iraq, Obama has instead sought to contain the conflict’s fallout. If read in this way, his policies have been relatively successful.

As Steven Simon, Obama’s former National Security Council senior director for the Middle East, wrote: “US strategy is working well enough, to the extent that it entails staying out of asymmetric engagements in a civil war in a country where American interests are limited.”

Obama has acted when he deems US interests are threatened, and when he believes he can actually achieve a positive result. The rebels have received enough support to survive, including a recent proposed extra $500 mn in training and equipment, but not enough to drag the US in further.

From this perspective, the chemical weapons red line policy actually worked. Obama, who has historically opposed WMD proliferation, succeeded in using the threat of force to remove chemical weapons from the conflict.

Supporters also dismiss notions that Obama didn’t widely consult experts. The problem, insiders argue, is that those calling for more intervention in Syria never presented the president with a satisfactory plan. There was too much ambiguity over the potential radicalisation of armed rebels, the response of Iran and Russia, and mission creep. There was a full and open discussion, which the experts calling for more intervention in Syria lost. Many of these defeated experts now lead the rudderless camp.

At the heart of the debate are two contrasting worldviews. The ‘realistic’ camp is conscious of the limits on US Middle East policy, still reeling from George W. Bush’s failed attempts to remake the region at huge costs in blood and treasure. This has prompted a narrow reading of US priorities and interests, and Syria does not qualify. They would reject the pejorative ‘declinist’ label, but broadly agree with the idea of an increasingly unstable and dangerous multi-polar world and favour offshore balancing over direct intervention. They may question whether any single ‘grand strategy’ is even possible.

In contrast, the ‘rudderless’ camp draws from a US national security establishment that, according to Michael Glennon is, “still committed to trying to run the world”. While they also reject the grand ambitions of Bush, their view of US national interests is much wider. Intervention in Syria is a way of landing a blow to Iran, supporting long-term regional allies and, more recently, defeating the regional jihadist ambitions of IS.

The strikes on IS in Iraq can therefore be read in these two different ways, pointing to different conclusions as to Obama’s future Syria policy. To the rudderless camp, Obama has finally realised the danger of IS. Having blundered in underestimating them in June, he now sees the physical and ideological threat they pose. A strike on their positions in Syria will surely soon follow.

From the realistic camp, no such Syria attack will come. Obama hit IS with very specific and narrow goals, stated as protecting the Yezidis, US personnel already on the ground and Kurdish allies in Erbil. Moreover, it was at the invitation of the Kurdish and Iraqi governments. This fits in with the idea of acting only when US interests are genuinely threatened and when a limited set of goals can realistically be achieved.

No such parallel exists for attacking IS’s positions in Syria: there are no US personnel on the ground and no invitation from the loathed Assad government. Any such strike would require a redefinition of US interests around the wider threat of IS that Obama’s opponents are clamoring for.

However, unless IS suddenly steps up its anti-US activity from Syria, such an attack would not fit the realistic approach his supporters insist he has followed all along. Indeed, it truly would fit the description of a rudderless president.