Obama’s admission not enough: US spin on Middle East violence must change 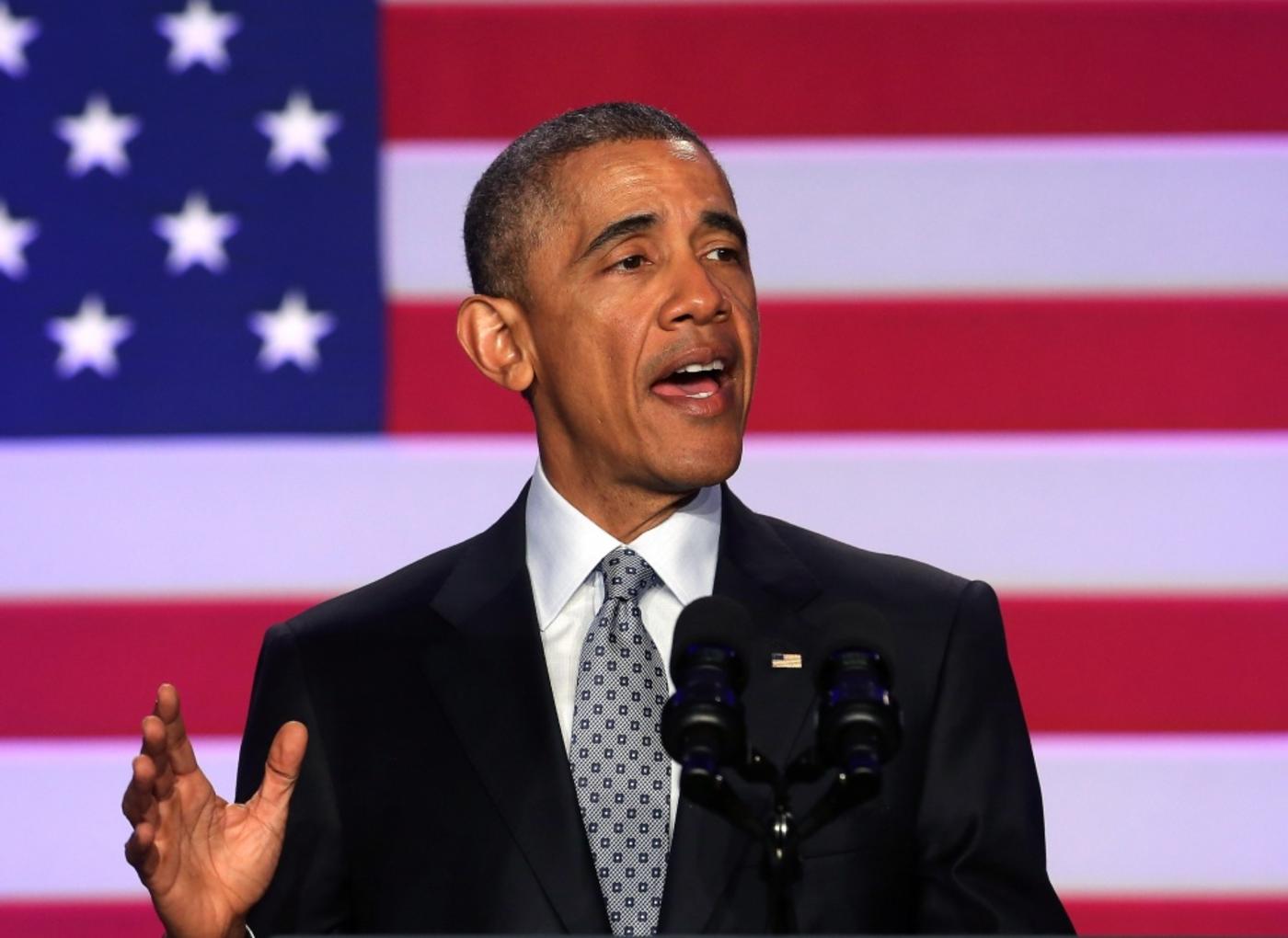 Truly, US President Barack Obama’s recent call to address the root causes of violence, including that of the so-called “Islamic State” (IS) and al-Qaeda was a step in the right direction, but it is still miles away from taking the least responsibility possible for the mayhem that has afflicted the Middle East since the US invasion of Iraq in 2003.

“The link is undeniable,” Obama said in a speech at the State Department on 19 February “When people are oppressed and human rights are denied - particularly along sectarian lines or ethnic lines - when dissent is silenced, it feeds violent extremism. It creates an environment that is ripe for terrorists to exploit.”

Of course, he is right. Every word. However, the underlying message is also clear: it’s everyone else’s fault but ours. Now, that’s hardly true, and Obama, once a strong critic of his predecessor’s war, knows it well.

Writing at MSNBC.com, Sarah Leah Whitson went a step further. In “Why the fight against ISIS is failing,” Whitson, criticised the anti-IS alliance for predicating its strategy on militarily defeating the group, without any redress of the grievances of oppressed Iraqi Sunnis, who, last year welcomed IS fighters as “liberators”.

“But let’s not forget how Iraq got to that point,” she wrote, “with the US-led Iraq war that displaced a dictator but resulted in an abusive occupation and destructive civil war, leaving more than a million dead.”

Spot on, well, almost. Whitson considered “displacing of a dictator,” as a plus for the US war, as if the whole military venture had anything to do with overcoming dictatorship. In fact, the “abusive occupation and destructive civil war” was very much part of the US strategy of divide and conquer. Many wrote about this to the extent that that the argument itself is in fact, history.

At least, however, both arguments are a significant departure from the pseudo-intellectualism that has occupied the larger share of mainstream media thinking about terrorism and violence. Not only does the conventional wisdom in US media blame the bloody exploits of IS on the region itself, as if the US and western interventionism are not, in any way, factors, at least worth pondering. (In fact, for them US intervention is a force of good, rarely self-seeking and exploitative.) Even worse, no matter how they unravel the argument, Islam somehow ends up being the root of all evil - a reductionist, silly and irresponsible argument, to say the least.

It is also a dangerous one, for it infers the kind of conclusions that will constantly point the arrow to the direction of a self-destructive foreign policy, the kind that has set the Middle East ablaze in the first place.

But that is not your everyday diatribe. The constant injection of all sorts of bizarre arguments, like that of Graeme Wood’s recent piece in the Atlantic, is aimed at creating distractions, blaming religion and its zealots for their “apocalyptic” view of the world. Wood’s argument, designed to be a methodical and detached academic examination of the roots of IS is misconstrued at best, disingenuous at worst.

“That the Islamic State holds the imminent fulfilment of prophecy as a matter of dogma at least tells us the mettle of our opponent. It is ready to cheer its own near-obliteration, and to remain confident, even when surrounded, that it will receive divine succour if it stays true to the Prophetic model,” Wood concluded with the type of liberal positivism that has become as galling as religious zeal.

Mohamed Ghilan, an Islamic law scholar,  dissected Wood’s argument with integrity based on real, authentic knowledge of both Islam and the Middle East region. “An analysis of what ISIS is about and what it wants that looks to Islam as a causal source of their behaviour is not only misguided, but also harmful,” he wrote.

“It obscures the root causes for why we have an ISIS, an al-Qaeda, an Ansar Bayt al-Maqdis, and any of the other groups that have risen and continue to arise. It creates further confusion and contributes to a rising Islamophobic sentiment in the West. And when given the guise of academic rigour, it accomplishes all of this rather perniciously.”

Indeed, the age-old ailment of shallow, lacking writing about the complex and involved reality in the Middle East persists, even after 25 years of full American military engrossment in the region.

Since the first Iraq war (1990-91) until this day, America’s mainstream intellectuals and journalists refuse to accept the most prevalent truth about the roots of the current crisis; that military intervention is not a virtue, that war begets chaos and violence, that military invasion is not a harbinger of a stable democracy, but invites desperately violent polices predicated on winning, regardless of the cost.

Nonetheless, that very admission came from former United Nations Secretary General, Kofi Annan, who, by virtue of his previous position should indeed be able to assess the link between the US war on Iraq and the current upheaval. Although he rightly blamed regional powers for exasperating the conflict, he laid the blame where it surly belongs: the Iraq war, invasion and the way the occupation was handled afterwards. “I was against this invasion and my fears have been founded. The break-up of the Iraqi forces poured hundreds if not thousands of disgruntled soldiers and police officers onto the streets,” he said.

That was indeed the backbone of the initial home-grown resistance in Iraq, which forced the US to shift strategy by igniting the powder keg of sectarianism. The hope then was that the “disgruntled soldiers” of Iraqi resistance would be consumed in a civil war inferno involving Sunni-based resistance against Shiite-based militias, themselves working for or allied with the US and US-imposed Shiite government in Baghdad.

“The aim of creating democracy without the existing institutions ushered in corrupt sectarian governments,” Annan said. For Annan, the war and invasion come first, followed by the sectarian-mismanagement of Iraq, also by the Americans, an admission that is rarely echoed by US officials and media as demonstrated by the obstinately deficient media coverage.

One is rarely proposing to ignore existing fault lines in Middle Eastern societies, standing sectarianism, fundamentalism, brewing, unresolved conflicts, and of course the monster of authoritarianism and corruption. None of this should be unheeded, if indeed a peaceful future is to be made possible. On the other hand, the argument that desperately seeks every possible pretence - from blaming Islam and believers of some strange apocalypse to everyone else but the US and its allies - is a poor attempt at escaping a heavy moral, but also political responsibility.

The danger of that argument lies in the fact that its promoters don’t mind seeing yet another war, like the one that was visited upon the Middle East a decade or so ago, the one that wrought al-Qaeda to the region, and orchestrated the rise of IS, and the bloodbath that followed. Islamic State
IN PICTURES: Relatives of Egyptian Christians killed by IS speak out