Gareth Porter
One of Obama's biggest failures is letting his policy in Syria be determined primarily by the ambitions of Qatar, Saudi Arabia and Turkey 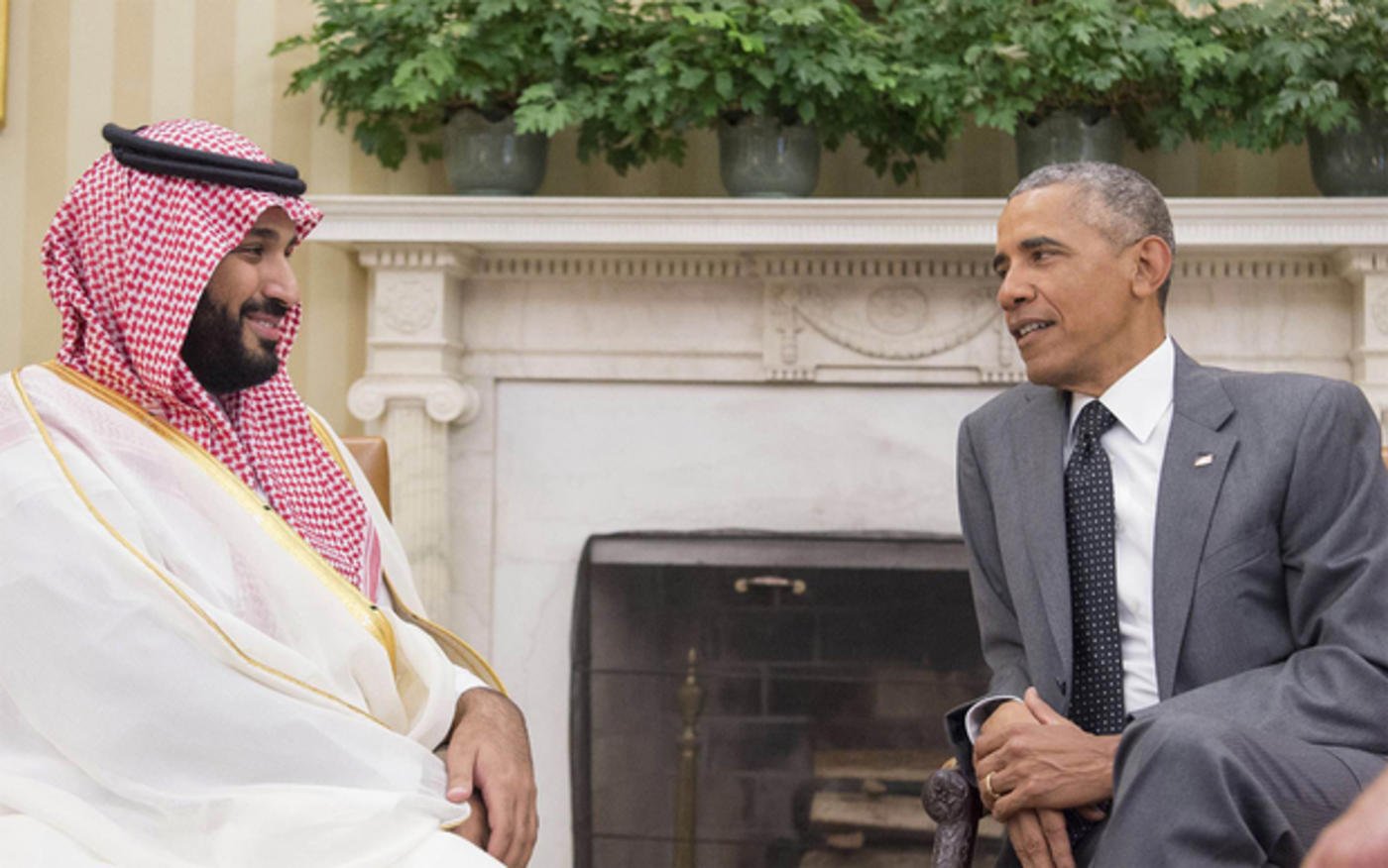 With the collapse of the US-Russian ceasefire agreement and the resumption and escalation of the massive Russian bombing campaign in Aleppo, the frustration of hawks in Washington over the failure of the Obama administration to use American military power in Syria has risen to new heights.

But the administration’s inability to do anything about Russian military escalation in Aleppo is the logical result of the role the Obama administration has been playing in Syria over the past five years.

The problem is that the administration has pursued policy objectives that it lacked the means to achieve. When Obama called on President Bashar al-Assad to step down in September 2011, the administration believed, incredibly, that he would do so of his own accord. As former Hillary Clinton aide and Pentagon official Derek Chollet reveals in his new book, The Long Game, “[E]arly in the crisis, most officials believed Assad lacked the necessary cunning and fortitude to stay in power.”

Administration policymakers began using the phrase “managed transition” in regard to US policy toward the government, according to Chollet. The phrase reflected perfectly the vaulting ambitions of policymakers who were eager to participate in a regime change that they saw as a big win for the United States and Israel and a big loss for Iran.

Secretary of State Hillary Clinton would be out front pushing for a United Nations Security Council resolution calling for a “transition” in Syria.

But US regional Sunni allies - Turkey, Qatar and Saudi Arabia - would provide the arms to Syrian fighters. The only US role in the war would be a covert operation devised by then CIA director David Petraeus to provide intelligence and logistical assistance to those allies, to get arms to the groups chosen by the Sunni regimes that would pay for them.

Of course there were those, led by Clinton herself, who wanted to go further and create a “no-fly zone” where the insurgents could be trained and operate freely. But Obama, supported by the US military leadership, would not support that invitation to war. The US was going to play the great power role in Syria without getting its hands dirty with the arming of an opposition force.

But within a few months it was already clear that the administration’s “managed transition” had gone terribly wrong. Al-Qaeda, firmly ensconced in Iraq, had begun to show its hand in a series of attacks in Damascus and elsewhere in Syria. By August 2012, it was widely recognised that the jihadists were rapidly taking over the anti-Assad war.

Ed Hussein of the Council on Foreign Relations observed in the Christian Science Monitor that Syria was becoming “a magnet for jihadis globally,” just as Iraq had become after the US invasion. The Defense Intelligence Agency identified al-Qaeda, the Salafists and the Muslim Brotherhood as the three major strains in the rapidly growing anti-Assad war.

Within a few months it was already clear that the administration’s “managed transition” had gone terribly wrong.

Furthermore the administration knew that Turkey, Qatar and Saudi Arabia were sending weapons, including shoulder-launched anti-tank RPGs not to secular groups but to Islamic extremist groups in Syria, who were bound to work with al-Qaeda and other jihadists. Chollet, who was working on Syria for Clinton’s policy planning office and later moved to the Pentagon, recalls that the administration was “concerned” that “the wrong elements of the opposition – the extremists, some affiliated with al-Qaeda, were being strengthened".

'Skin in the game'

One might expect the administration then to call a halt to the whole thing and clamp down on its allies, especially Turkey, which was the main entry point for arms pouring into Syria. Instead, as Chollet recounts, Clinton and the then CIA director, Leon Panetta, were pushing for a major CIA programme to create, train and arm a Syrian opposition force – not because it would prove decisive to the outcome but because it would give the United States “leverage” with its Sunni allies by acquiring “skin in the game”.

Obama rejected that argument about “leverage” in 2012, but then reversed himself in 2013 under the pressure of the allegations of use of chemical weapons by the government. Like so much of what passes for justification of aggressive US military and paramilitary activities around the world, the argument made no sense. The leverage the United States has with Turkey, Qatar and Saudi Arabia is the range of political-military and economic benefits that each of them derives from a formal or de facto alliance with the United States.

I asked Chollet recently why the CIA’s ginning up our own anti-Assad forces in Syria would give the United States more “leverage” over Sunni allies. His reply was: “Because then the whole thing would collapse around us!”

But of course the growing US “skin in the game” didn’t give the administration leverage over the Sunni allies’ policies in Syria; it did exactly the opposite, making the US complicit in the Sunni project of using the jihadists and Salafists to maximise the pressure for the overthrow of the Syrian regime. Not a shred of evidence has ever surfaced suggesting that the US has done anything to pressure its allies to cut off the channels of arms that were strengthening the al-Qaeda-linked militant group, al-Nusra Front.

As a result, the Sunni arms-to-jihadists strategy and the US support for “moderates” were two parts of a broader political-diplomatic strategy of pressure on Assad to step down. As former US ambassador Robert Ford observed in February 2015, “For a long time” the administration had “looked the other way” while the US-supported forces were coordinating with Nusra Front.

That strategy was upended when the Russians intervened forcefully in September 2015. Obama, who was firmly committed to avoiding any direct conflict with Russia over Syria, vetoed any threat to use force in Syria in response to the Russian intervention. For almost a year, Obama relied on cooperation with the Russians as his primary political-diplomatic strategy for managing the conflict, producing two ceasefires that ultimately failed.

But underlying that failure is the larger reality that the Obama administration has allowed its policy in Syria to be determined primarily by the ambitions of its Sunni allies to overthrow Assad. The administration has claimed that it never favoured the destruction of Syrian institutions, but that claim is contradicted by its acquiescence in the Sunni allies’ support of Nusra Front.

US complicity in the hundreds of thousands of deaths in the Syrian war, and now in the massive civilian casualties in the Russian bombing of Aleppo, does not consist in its refusal to go to war in Syria but in its providing the political-diplomatic cover for the buildup of the al-Nusra Front and its larger interlocking system of military commands.

A US administration that played a true superpower role would have told its allies not to start a war in Syria by arming jihadists, using the fundamentals of the alliance as the leverage. But that would have meant threatening to end the alliance itself if necessary – something no US administration is willing to do. Hence the paradox of US power in the Middle East: in order to play at the role of hegemon in the region, with all those military bases, the United States must allow itself to be manipulated by its weaker allies. 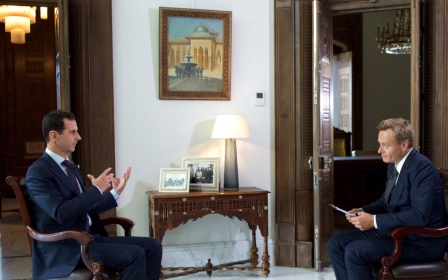