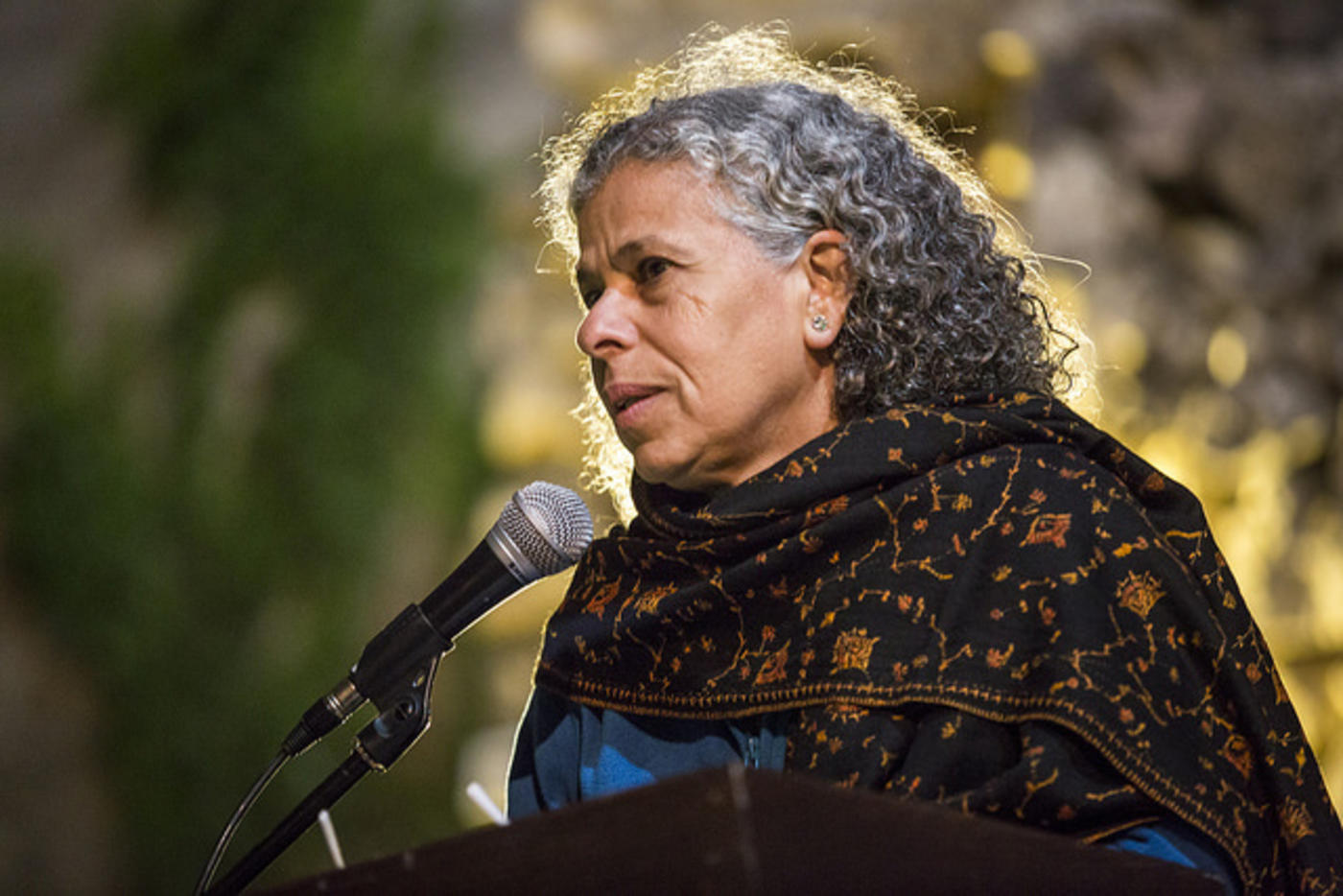 “We would love you to come on PalFest 2014. What do you think?” That was the e-mail I got from Ahdaf Soueif, writer and Founding Chair of Palestine Festival of Literature. Another

e-mail from Omar Robert Hamilton, producer of Palfest, suggested staying on after the festival to teach a four-day workshop on cultural journalism, organised by the British Council, for young writers in Ramallah.

I agreed, immediately, for two reasons: firstly, for me, an Iraqi, a visit to Palestine is a fulfilment of a dream far beyond the ugliness of the occupation. Secondly, it is a privilege to join a group of distinguished writers, artists and poets who came to witness the daily multi-layered siege imposed on Palestinians by the Israeli military occupation.  Moving from Ramallah to Jerusalem, Hebron, Bethlehem, and Nablus, we the lucky foreigners with British, Canadian and American passports, endured, though for a few days,  the banality of evil manifesting itself by the presence of the ever-expanding  apartheid wall, checkpoints, and watchtowers inhabited by dangerously bored and armed Israeli soldiers. Palestinians with their restricting IDs have to endure the humiliation every day.

On the first day of the workshop, at the Sakakini Cultural Centre in Ramallah on Saturday, 7 June, half of the students were late. I gave Suha Khuffash, the arts programme manager at the British Council a questioning look. “They will come,” in her gentle way she assured me, and arrive they did. The reason for their delay? The killing of a 31-year old Palestinian man by Israeli forces. They shot him at a checkpoint in the central West Bank on 2 June. The Israeli army claimed the man was shot after he opened fire on soldiers, but Palestinian eyewitnesses say that the young man, a trader, was waiting to receive goods and did not fire at the soldiers.

Protests against the killing meant extra delay in a country mutilated by checkpoints, a form of collective punishment. The Qalandiya checkpoint at the entry to Ramallah is the last of many barriers people have to cross coming to the town from al-Quds and rest of the world. Qalandiya "was the point of connection with the rest of the world until 1967, and became the symbol of disconnection, isolation, segregation and fragmentation in 2000." Students travelling from other cities arranged to stay with friends in Ramallah rather than risk delays or fail to attend the workshop.

At the workshop, 20 students of varied levels were present; an actor and a stage manager, a columnist, a press officer, a poet, two dancers, and a translator. They are from al-Quds, Nablus, Haifa, Hebron and Ramallah.

No one from Gaza. Gazans, under comprehensive Israeli siege for the seventh year running, are cut off the rest of Palestine on all levels including cultural.

The group’s first exercise was to write 300 words in half an hour on how to introduce oneself to a new audience. The exercise was intended to demonstrate the importance of making the written piece interesting and to convince editors to accept it. I then asked them to each read their written texts aloud in 3-minute intervals. This proved an effective way to break the ice. The voice mirrors how the piece is read. Discussing the reasons behind their choices developed into defining cultural journalism, the role of literature, the tradition of writing for literary pages, who they considered as good writers and whether we have this genre in the Arab world or not? This lively discussion, while itself a vehicle of introduction, was essential in evaluation of the students’ capabilities which paved the ground for skills’ development.

Asking for short articles (about 600 words) set up the frame work for the next sessions. Discipline for writers in Arabic is important, due to the distinctive poetic character of classical Arabic which lays the foundation for the sound, rhythm and structure of Arabic prose. However, this dominant poetic character can hamper effective and informative writing, leading often to producing lengthy meandering and opaque cultural articles.

Working either individually or in groups of three, we completed four exercises. The first was to write 500 words on a five-word quote on the Arab poetess al-Khansā, (died about 630), known for her elegies on her two brothers. In the students’ pieces, a simple quote was turned into a lesson in history and modern time imagery, using al-Khansā’s grief as a symbol for Palestinian women’s plight and resistance at the same time. Her life and personal tragedy of losing her brothers and father were well researched but, “what do we know about her mother?” I asked. "Only her name,” was the answer.  "Why is that?" Discussion on gender, research and verification of information, planning, clarity of ideas, focusing, quoting or plagiarism and impartiality and emotional style followed.

The second exercise was to analyse two essays by two different authors.  This exercise helped clarify the flaws and strengths in writing an essay using a reader’s lens and to discuss issues addressed in the texts themselves. The third exercise was to write a review of a two-minute film on cultural resistance.  The images and songs in the film touched them deeply, and their texts conveyed strong feelings. Questions arose; how to address occupation, racism, sexism, and class inequality by a cultural essay while avoiding making it downloaded with rhetoric and propaganda? What about impartiality? Isn’t the reader entitled to form his own opinion based on the presented facts? The most engaging questions were; Who do we write for? In the absence of statistics on readership, newspaper circulation, and the high level of illiteracy, who do we write for? When the political situation and human rights violations, under occupation, weigh heavily on our daily life, what is impartiality?

The final exercise was to write an article on topics of individual choice. Before which we summed up our discussions on the importance of technical aspects, on clarity, how to distance oneself from a topic but remain passionate, to respect readership by presenting facts and analysis and how to enlighten while challenging the established norms, including religion and traditions.

The students’ final essays encompassed a wide range of topics, such as the cultural aspects of identity, evaluating the Palestinian media, the refusal of Druze youth to join the Israeli army, and the struggle of al-Ka'ak al-Maqdisi (al-Quds bagel) , a unique sesame bread, to keep the traditions of al-Qud’s heritage alive.

While reflecting on the skills they developed in the workshop, the outcome, to my delight, has mirrored the thought-provoking, imaginative and challenging points of views that characterised the students themselves in their daily struggle to contest and resist the policy of subjugation and dominance of a brutal power. Above all, it was a way of asserting their humanity under an inhuman occupation.

-Haifa Zangana is an Iraqi author and co-founder of Tadhamun Iraqi Women Solidarity organisation. She is also the founding member of the International Association of Contemporary Iraqi Studies. 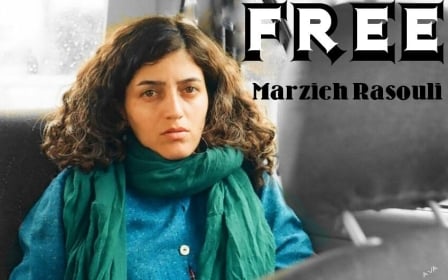