Palestinian Resistance: an icon for those who long to live free

Susan Abulhawa
There are nations and peoples, other than the Palestinians, who understand what it means to prefer to die fighting than die on their knees 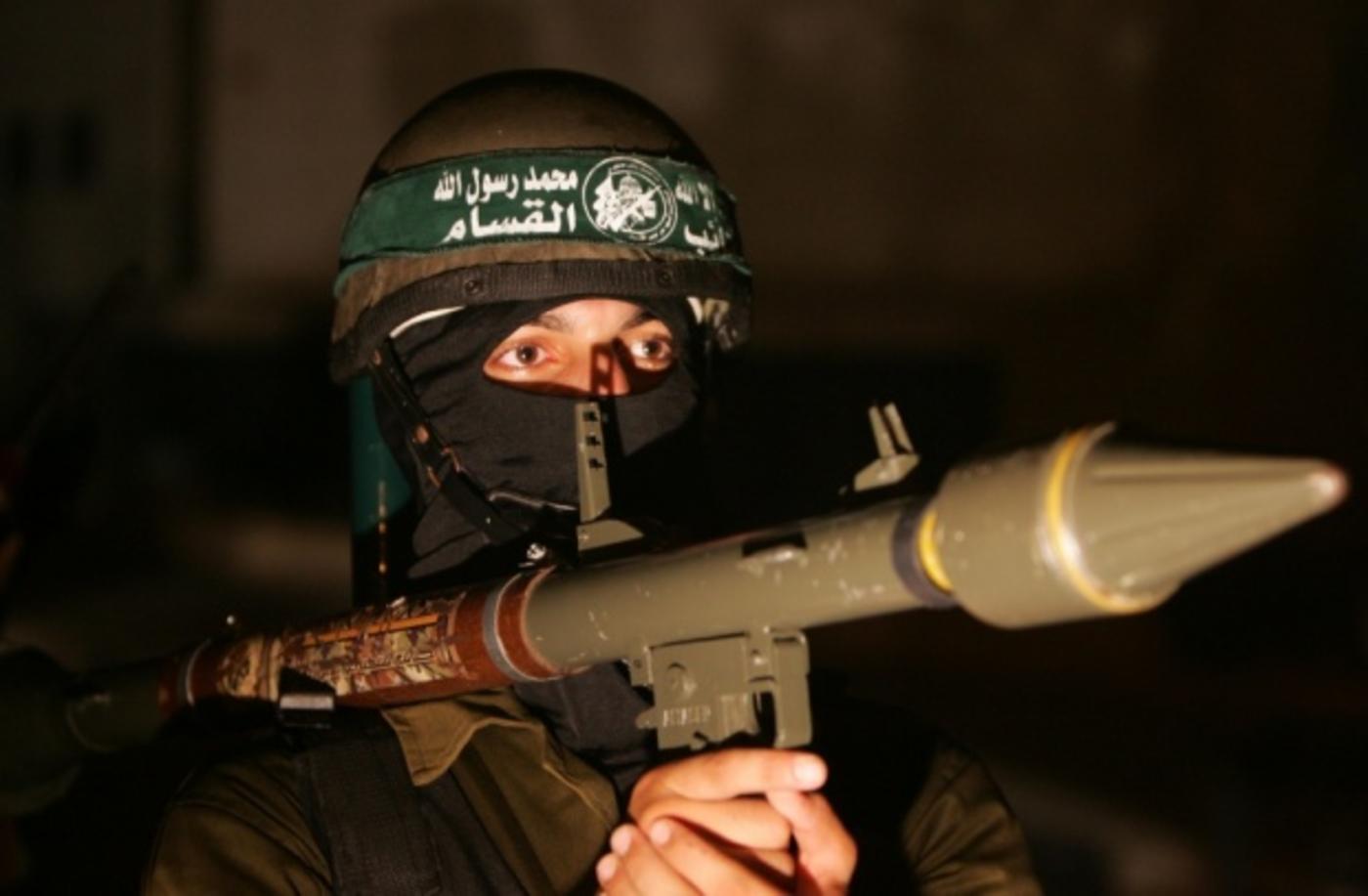 As Palestinians bleed and burn in darkness without water, shelter, adequate food or medicine under Israel’s barbaric onslaught, Israeli propaganda is blasting full force across the world, western media in particular, and the usual list of US politicians and media moguls are eager participants. The central theme is to blame the victims. They are cynical, surreal sound bites that many people swallow wholesale, unquestioningly.

The ever faithful to Israel, Bill Clinton, summarized Israeli talking points, saying “[Hamas has] a strategy to force Israel to kill their own civilians.”  Perhaps Clinton is trying to lay some political groundwork with AIPAC for his wife’s run for the presidency, but the abject cynicism of such a statement smacks of the worst propaganda since Goebbles.  It’s the equivalent of saying a woman in a tight dress is forcing men to rape her. No one is forcing Israel to kill unarmed civilians in their homes. No one is forcing them to bomb hospitals, rehabilitation centers, water treatment plants, bakeries, or children playing soccer on the beach.  They’re doing it all on their own. Willfully and deliberately. They are using guns and bombs and planes and warships and drones and snipers of their own volition against a defenseless civilian population in one of the most densely populated places on earth. Together with Egypt, they have besieged all borders, so there is no place for people to run or take cover. There is just no refuting this simple fact.

They have the most sophisticated military hardware and surveillance equipment in the world and they see precisely what they’re hitting. It fatigues imagination that Israeli naval ships could have mistaken four children playing with a ball in a wide open beach area. If they made a mistake with the first hit (a very generous assumption), the second artillery strike - while the boys were running away in terror - could not have been.  This sniper, too, saw that he was killing an unarmed man searching the rubble for his family during a 2-hour humanitarian ceasefire.

Benjamin Netanyahu has been given hours of airtime to pour Israel’s racist, dehumanizing and spurious messages into living rooms across the United States. Among the most disingenuous and audacious was his assertion that he is very sad to have to kill so many babies; that Israel is trying to protect Palestinians but Hamas is pushing them into the fire. “What choice do we have?” he asks. Then, promoting colonial images of the savage native, he says Palestinians want more dead, so we can pile them up for TV. That Hamas uses “telegenically-dead Palestinians,” for our cause. The suggestion is that Palestinians, unlike all creatures of our planet, lack the human impulse to protect our children. What is worse, Wolf Blitzer (himself a known Zionist and Israel supporter) said nothing to challenge such obscene propaganda.

“What would you do?”

Western media continues to frame Israel’s hysteric killing spree as self-defence. Massive monies have been poured into campaigns with images of rockets raining on western cities and a caption “What would you do?”  Indeed, I would like to ask, ‘What would you do’ if a belligerent military occupation sealed you and everyone you love into a small enclave, whereby the most basic requirements of living were banned from entering? Where you could not leave or hope to leave, ever? Where naval ships shoot at you and sink your boat if you try to fish in God’s sea? Where you must burrow tunnels in the earth and crawl in treacherous conditions like rodents to smuggle books, diapers, pasta, and pencils? Where you are subject to extrajudicial executions, regular bombings, polluted drinking water, kidnappings, and arbitrary arrests? What would you do if you were subject to night raids, endless checkpoints, and constant daily harassment from soldiers and rabid settlers from Brooklyn who come to claim your home and heritage as some divine real estate prize because God loves them more? What would you do if your son was forced to swallow gasoline and then burned alive because he was born into your family, which is, according to the laws of the state, unworthy of equal rights. A sort of lesser human of a lesser god.

What would you do if you had to spend 2 hours making a trip that should take 10 minutes, because you are not allowed to travel certain roads? If your color-coded ID allowed you movement only within a small radius and you would be imprisoned if caught beyond your allotted space of ground? What if you could not work, if you were barred from worshiping in your holiest of cities just 10 minutes away? What if your children, as young as 10, were taken by heavily armed soldiers to be interrogated alone, imprisoned, tortured, forced to sign confessions in a language they cannot read and imprisoned by military courts? What if your family’s ancestral olive groves were confiscated by the state or burned by illegal settlers, your livelihood and history wiped away? What if you were forced from your home into a refugee camp so Jews from all over the world could take your place and have an extra country, dual citizenship, one in their own homeland and one in yours? What if your entire nation was terrorized and brutalized because someone killed three Jewish settlers, for which no evidence was ever presented and no trial conducted? If leaders of this military occupation in the highest offices called for your blood and the blood of your children, whom they call “little snakes,” and their intellectuals called for the rape of your mothers and sisters to deter your instinct to fight back?

Would you throw rocks and molotovs at their armored tanks? Would you fire rockets at their iron dome? Would you march weekly, peacefully against the concrete wall slicing through your village? Would you boycott, divest and sanction? Would you negotiate with your tormentors for freedom and all else that is non-negotiable? Would you plead with the UN? Go to court? Write essays like this for deaf ears?

The right to resist

Palestinians have done it all. We choose resistance, always, in all its forms. We resist because it is our right. Because we are the indigenous people of the land and we have nowhere else to go or belong. Because our parents, grandparents, great grandparents and on and on are buried in this soil. Because we are right and our cause is just.  We resist passively and actively. We resist violently and non-violently. It is our legal and moral right to resist with whatever means available to us against what has been accurately called “incremental genocide.” We have tried everything to gain the simplest of human dignities. We gave up our legal, historic, moral, cultural, and ethnic right to 78% of Historic Palestine in order to form a state on the remaining 22%, of which Israel cannot claim an iota of sovereignty. But Israel has never acted in good faith, choosing instead to colonize more than half of that territory in the time period when we tried to negotiate statehood. Now some Palestinians have chosen to take up arms again. Although the rockets launched from Gaza amount to firecrackers that have hurt no one, firing them makes perfect sense. If this minimal disruption of normality in Israeli lives is all we can do, then that is what we should do. If the most Palestinians can do is to make it inconvenient for an Israeli couple to enjoy a day of beach, gym and coffee shops while they tear our children's bodies apart, then that is what we should do. These rockets are symbolic and radical assertions of an indigenous people's unbending will to live with dignity in their ancestral homeland. They are minimal acts of self-defense of a people against whom unspeakable crimes have never ceased in over 60 years.

There are people in the world who understand what I am saying. People who have lived under the terrible, cruel, humiliating boots of another people. People who dreamed and agonized for the sweet breath of freedom and justice. Who had to fight and die for it against a vastly superior military force. That is why South Africa stands with us. Why the Irish are with us. Why Bolivia, Venezuela, Chile, Cuba, DR Congo, and others are with us. Civil societies, if not governments, in every part of the world stand with us. Thank you, we say. Thank you, our brothers and sisters for your solidarity. We shall not forget it.

There are those who understand what it means to prefer to die fighting than die on their knees. Why Gazans, in their ineffable grief, fear, insecurity, and misery are choosing to support the muqawama, the resistance. Some people remember the Warsaw uprising, where Jews fired their own version of firecrackers at their highly armed tormentors, and so, many of our Jewish brothers and sisters around the world are standing with us, upholding what is noble and human.

But the powerful of this planet are blaming us for our own misery. They stand behind Israel, a terrorist colonial state armed with the most technological death machines, and they call on us to “disarm.” We know these same governments will soon boost Israeli arms exports, which can now claim the lucrative label: “Field Tested.” We know that they know Israel uses Palestinian bodies as cannon fodder for profit.

We also know, more clearly now than ever, that we have only ourselves and people of conscience to effectuate our own liberation. Gaza is teaching us this every day. They are also teaching us that we can put aside our differences and unite as a people.

What we also know is that tables turn quickly in our part of the world. Israel hasn’t been here long enough to understand this basic truth of the land. Someday, the sun will shine on Palestine again and it will be the pluralistic, multi-religious, multi-cultural place it had been before Israel. This is the peace we are fighting for. We are fighting for the peace of justice and dignity that affords life and hope to human beings without regard to their religion or any other arbitrary feature. And some day we will have it. We will swim again on the shores of Haifa, watch the waves beat against the walls of Akka. We will fish as far as our boats need to go from Gaza. We will pray in Al-Aqsa and the Holy Sepulcher.  We will harvest our oranges in Jaffa, grapes in Hebron, and olives everywhere. That old picture of patriarchs, Muslim and Jew and Christian, playing cards in Jerusalem, will be a reality once again. And we will honor those who died, fought, withstood, and paid the price for it all.

-Susan Abulhawa is a Palestinian-American writer and human rights activist. She is the author of a bestselling novel, Mornings in Jenin and the founder of a non-governmental organization, Playgrounds for Palestine.