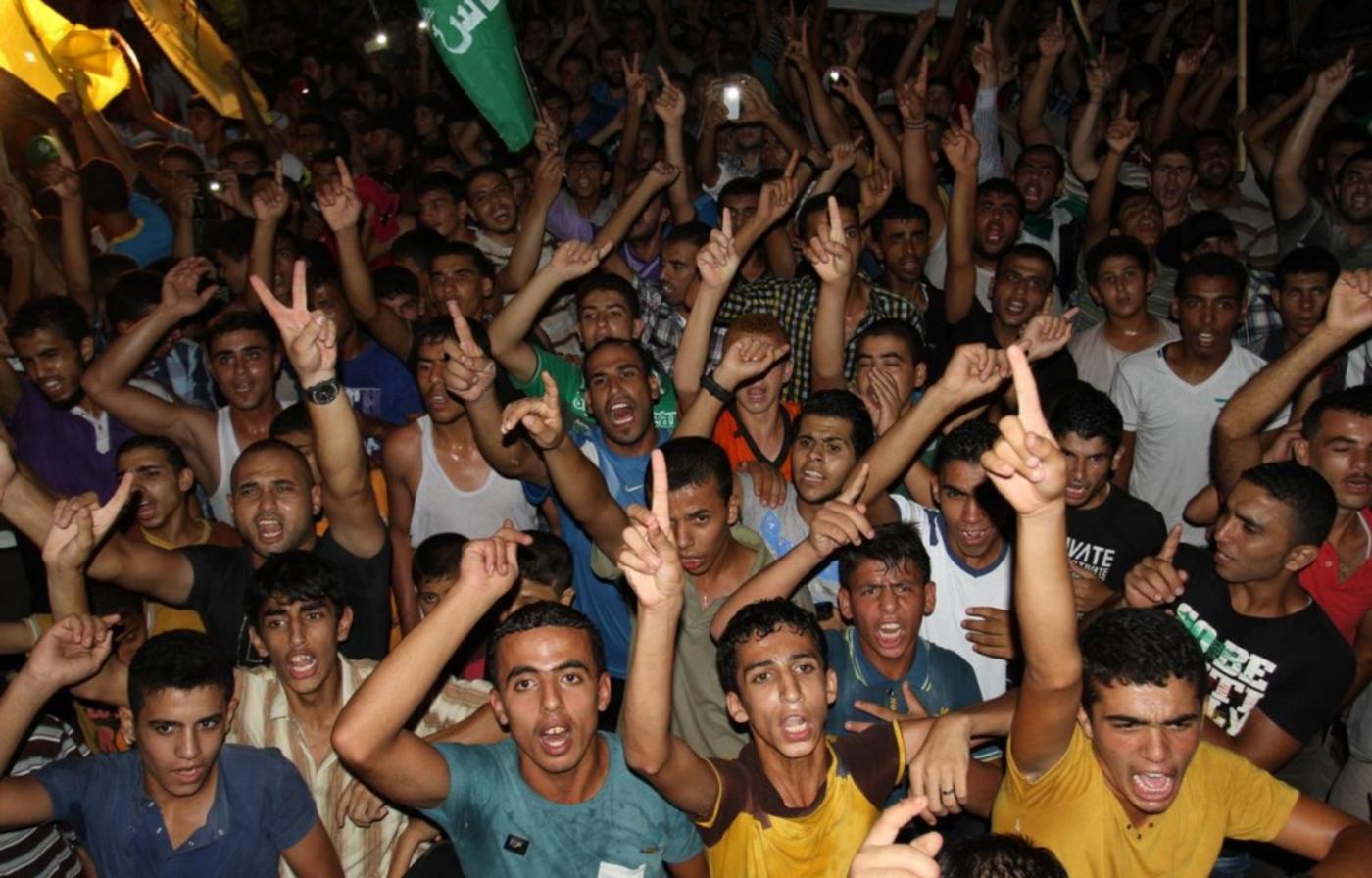 Compare the statements Netanyahu and the IDF made at the start of his war on Gaza to the silence, thus far, about what they have achieved. The tunnels still exist. Hamas has not been demilitarised or defanged. Their rockets kept firing up to the last moment. There is not one word in the agreement about Israel’s security needs. Indeed according to Moussa Abu Marzouk, the deputy chairman of Hamas’ political bureau, Israel committed itself to stop assassinating resistance leaders. All border crossings between Israel and Gaza are to be opened.

Netanyahu said that they had never felt a blow like this before. But who, in truth, is he talking about ? Hamas or Gaza? Hamas can recover and if history is anything to go by , becomes a bigger military threat. Gaza will take years.

The large wrecking ball that Israel has swung around one of the world’s poorest and most populated enclaves for the last 50 days did not distinguish between civilian and military targets. But nor did that ferocious and cruel force discriminate between Israel’s tactical and strategic interests.

One of those was to maintain the siege of Gaza. There is now not a government in Europe or America that believes that helping Israel maintain the siege is a good idea. Disarmament of Hamas is also off the agenda and preventing Hamas from rearming is a different policy. One sign of the shift in position from insisting on Hamas’ disarmament to preventing rearmament was an interesting document representatives of Germany, France and the UK gave to Israel’s national security adviser Yossi Cohen and which would have formed the basis of a UN resolution.

The second strategic aim of successive Israeli governments was to keep the Palestinians divided. This has been the cornerstone of a strategy to prevent a viable Palestinian state being born and it is being eroded as a result of this war, although Mahmoud Abbas’s personal hatred of Hamas can never be underestimated. It was Israel’s most brutal onslaught yet on Gaza, but no, it was not without its consequences. Things are not back to where they were 50 days ago.

The celebrations seen in Gaza last night have provided some evidence of that. The political unity deal between Fatah and Hamas is less important in this regard, and particularly more fragile,  than the military aspect of this. Hamas did not succeed in breaking the siege and the second round of talks in Cairo on a seaport and airport could never start, or more probably, never conclude.

But what the 50 day war did in Gaza was to restore the concept of military resistance as a route to Palestinian unity. And that is what Gazans and Palestinians the world over were celebrating. This was not part of Netanyahu’s playbook. Remember when he started the war 50 days ago, he was told that this was a good time to strike Hamas. Israel and particularly the Palestinian Authority calculated that Hamas was unpopular in Gaza and that Gazans would revolt if put through the misery of another war. Netanyahu thought that Hamas was starved of funds from Iran, and weapons from the Sinai, now that Egypt had closed all the tunnels. There was talk of Mohammed Dahlan being re-installed in a post Hamas Gaza.

The opposite happened. Hamas fought their way back into relevance. Even at the height of the second intifada Fatah were regarded as co-leaders of the resistance, largely because of their history. Today, there is no doubt on the Palestinian street who leads the resistance now - al Qassam Brigades - and who is the leading figure of that resistance Mohammed Deif. The war leaves the al Qassam Brigades at the apex of a larger resisting force which includes other Palestinian factions which are affiliated to Fatah. Resistance supercedes factions and ideology, and managed to break the Hamas-Fatah divide on the battlefield.

The shift in the balance of power between the two main palestinian factions was reflected too in a stormy meeting in Doha between Abbas and Khaled Meshaal. Meshaal laid into Abbas for the recent crackdown on protesters in the West Bank and Abbas accused Meshaal of attempting to mount a coup against him, referring to an oddly sourced story in the Israeli media. Meshaal scornfully replied that no-one can mount a coup when the whole of the west bank is occupied. Meshaal then demanded to know when Abbas would sign the Treaty of Rome which would allow the non-member Palestinian State to join the International Criminal Court. All Palestinian factions have signed, except of course, Abbas himself. Meshaal wanted to know when. Abbas would not tell him, an informed source told me.

The other consequence of the war was to expose who was whispering in Netanyahu’s ear and why both Israel and Egypt thought they could bypass their common donor America. Saudi Arabia’s, Egypt’s and the United Arab Emirates’s support for Israel  which before the war was covert became overt. Israeli officials could not stop bragging about it.  Israel found that Abdel Fatah al-Sisi and Mohammed bin Zayed, the Crown prince of Abu Dhabi, wanted Hamas’ destruction even more than they did. The Gulf states saw the war against Gaza as part and parcel of their campaign against the Muslim Brotherhood and Islamists in general throughout North Africa.

It is no coincidence that the week before the ceasefire the UAE using Egyptian airports bombed Islamist and Misratan targets in Tripoli to prevent the international airport falling into their hands. A proxy war in Libya had become one in which Gulf planes and Egyptian bases were directly involved. The Americans were so furious they leaked it to the New York Times. The same states wanted and needed the destruction of Hamas.

The conflict of course is not finished and Hamas’ objectives have also not been achieved. There is no seaport or airport opening for the foreseeable future and nor have they got back the prisoners taken when Israel launched its crackdown on the West Bank after the three settler youths were kidnapped and killed.

However much Hamas tried to resist it, Egypt remained in the nominal position of negotiator as both Qatar and Turkey were ruled out by Israel. And the tensions of Egypt’s role continued  right up until the ceasefire announcement. Neither Egypt nor Abbas wanted Hamas to claim victory. This was another failed war aim of the informal Israeli-Saudi-Emirati coalition : to install Sisi as a regional leader. Another case of work in progress.

Hamas calculated that it would be better to negotiate in a united delegation. That however meant Hamas was under pressure to accept what it regarded as a limited deal. The pressure from the other Palestinian delegates increased as a result of Israel’s tactic of bringing whole tower blocks down in Gaza City, dramatically increasing the post war issue of homelessness. As it is nearly 450,000 are without homes, 2,143 Palestinians are dead, more than 10,224 are injured. This is a heavy toll to pay.

The future now depends on to what extent Hamas can consolidate the popular support it has achieved. Will it be able to formalise the return of the PA security apparatus to Gaza without confrontation, given that the crackdown in the West Bank and Jerusalem is likely not only to continue but to intensify? Israel can not rearrange the furniture in Gaza, but it can in areas under its direct control. Will the blowback from Gaza have any effect on the Arab regimes that supported it? And will the siege of Gaza finally be lifted?

None of these questions can yet be answered. Gaza Under Attack
Netanyahu: "The blow that they have now felt, they have never felt" before 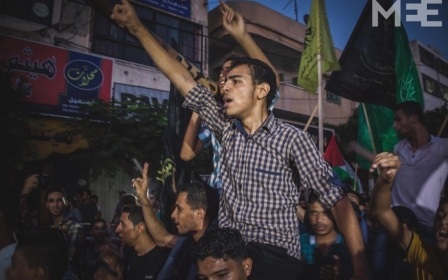