Passing on nationality to children should be an Arab woman's right

Nadine Sayegh
Governments in countries such as Jordan, Lebanon, Iraq and Syria must eliminate discriminatory legislation that allows only fathers to pass on citizenship to their children 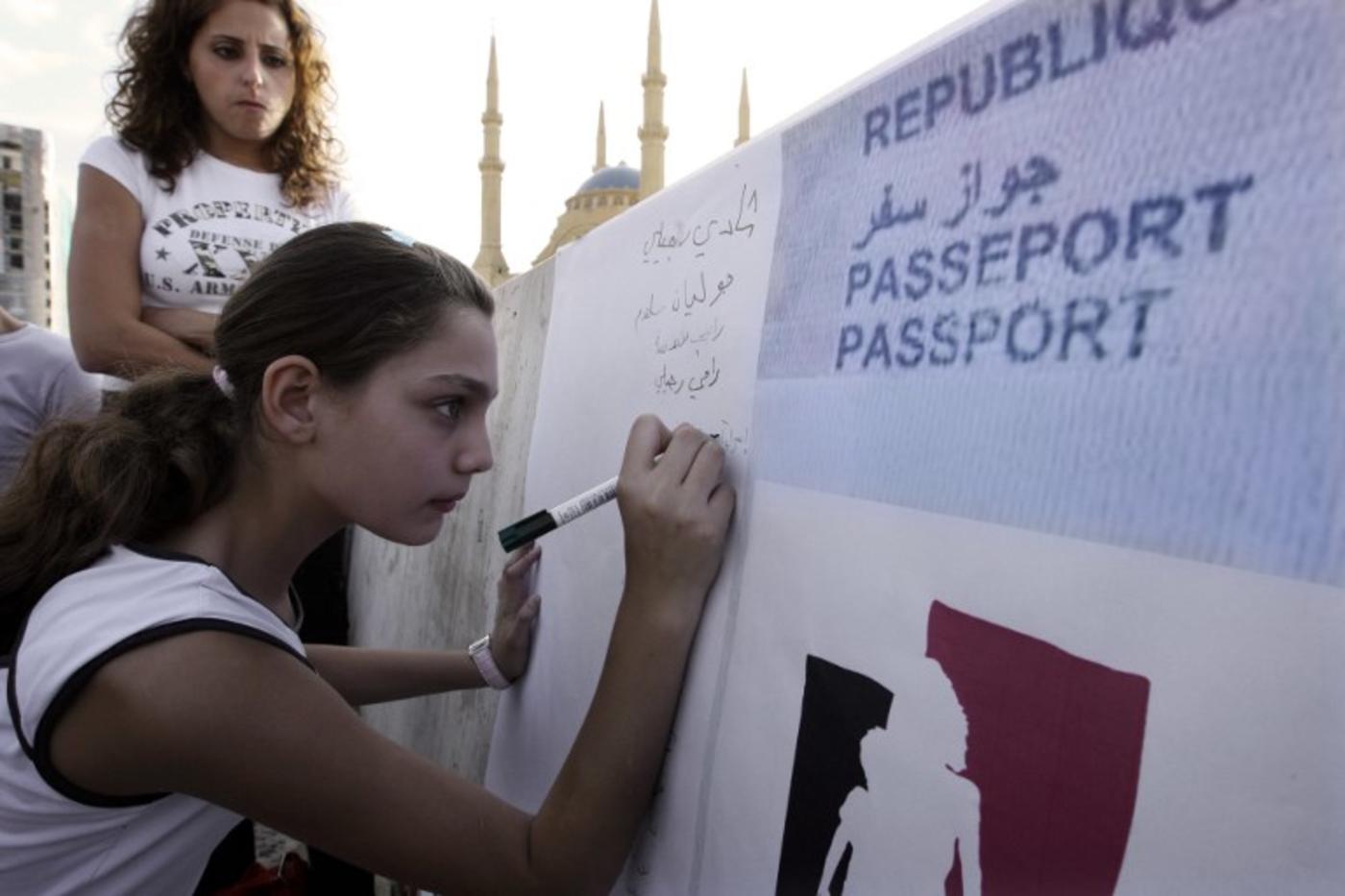 Imagine being born stateless, being denied the right to education and healthcare in the country of your birth - for a number of children born to Lebanese mothers this is a reality.

Many women are unaware of the law's existence and had therefore not taken into account their husbands’ nationality when deciding whom to marry. They only learn the consequences of their decision when they try to register the birth of the child and are told that their child cannot be added to the family's register because the child is not considered Lebanese.

Lebanon is not alone in this discriminatory practice. Countries such as Jordan, Iraq and Syria also do not recognise the right of a mother to pass on citizenship to her children or spouse.

While regional politicians may argue that this is a deep-seated sociopolitical issue, it is time to recognise it for what it is: blatant gender discrimination.

This conversation recently resurfaced through massive efforts by community-based organisations in Jordan, Lebanon and Tunisia to successfully repeal sexist laws condemning survivors of rape to marry their rapist. The cultural and legal justification was to shield the “honour” of the victim, but the ultimate effect was a consequence-free crime for the rapist.

The debate surrounding the repeal of these laws opened up space for conversations about gender equality and the persistent discrimination that women in the region must endure - including the inability of a mother to pass on her nationality to her children.

In Jordan, Mahmoud Kharabshe, a self-described retired general intelligence officer and former parliamentarian, has been involved in a heated debate. On the youth talk show Shabab Talk, hosted by Jaafar Abdul Karim, Kharabshe said: "I am against allowing citizenship to the children of Jordanian women without their marriage to Jordanian men."

He followed this with a bizarre claim about how it could enable more Egyptians to find employment in a climate of high unemployment among Jordanians: "The Egyptian wants to work but what’s important is that Jordanians can't find jobs. First, let them find work, then we can employ Egyptians."

In the process of making this statement, he repeatedly cut off commentary from a female audience member, raising his voice over hers. In addition, when a young Jordanian woman spoke about sexual harassment in Jordan and questioned the response from authorities, Kharabshe replied: "Jordanian women aren't like this, they don't make appearances in the media. Don't speak on their behalf. Are you Jordanian? Show me your ID!" When the woman began to speak again, noting that she was 21, he sardonically interjected: "Twenty-one and you have all this experience!"

This segment is crucial to understanding the central issue: that many older men believe they have more experience than women and are therefore entitled to make decisions on behalf of women.

The general argument banning women from passing on their citizenship in Jordan has been attributed to the large Palestinian population in the country, with fears that Jordanian women marrying into this population could disrupt the social balance. This would threaten the state’s national identity, and many fear that those with refugee status could claim nationality and ultimately become settlers.

Ironically, the General Fatwa Department last year stated that this is discriminatory - and in fact, as men are allowed to marry four wives in Islam, they pose more of a risk of diluting the gene pool.

The statement explains that “mixing genes and harming their purity is an act undertaken by Jordanians (men and women) who marry non-Jordanians, and logic requires that only women should be allowed to grant citizenship to their spouses and children because men can potentially create four times more damage to Jordanian national identity”.

There is a similar argument in Lebanon, where maintaining the status quo is a priority for the overtly sectarian government. Here also, the argument is centred on fears over the integration of the refugee population.

Foreign Affairs Minister Gebran Bassil has said that he would support women passing on their citizenship as long as there was an exemption for women married to Syrians and Palestinians.

But in March 2017, the Lebanese government launched a campaign urging male emigrants - those who could trace their lineage back a century - "to apply for Lebanese nationality and to benefit from their business, financial, consular, personal, social and political rights as Lebanese, wherever they are". As such, it is difficult to accept that religious or national demographics are the primary concern.

In reality, there is no rational argument for why the privilege of passing on citizenship is granted to men and not women. The government's primary argument holds little weight, because demographics can as easily be affected by male nationals marrying non-national females and passing on their citizenship.

The reality means that many children are made stateless, unable to attend public schools or access healthcare; in essence, they do not exist.

Hidden in plain sight: Life as a mixed-Lebanese
Read More »

This culture of sexism must stop and governments must eradicate these discriminatory laws. Using unemployment and demographic changes as arguments against doing so will not stand.

Governmernts must solve issues of unemployment and refugees without denying the basic rights of women to pass on nationality to their children.

- Nadine Sayegh is a researcher at the WANA Institute, specialising in Human Security and Countering Violent Extremism.

Photo: A Lebanese girl signs her name on a mural demanding the right for Lebanese women to pass on their citizenship to their children during a 2008 protest in downtown Beirut (AFP) 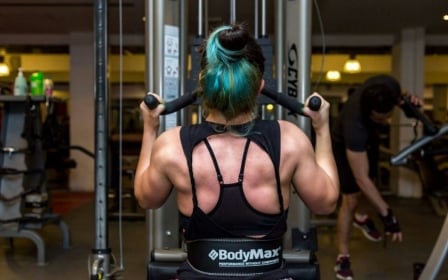