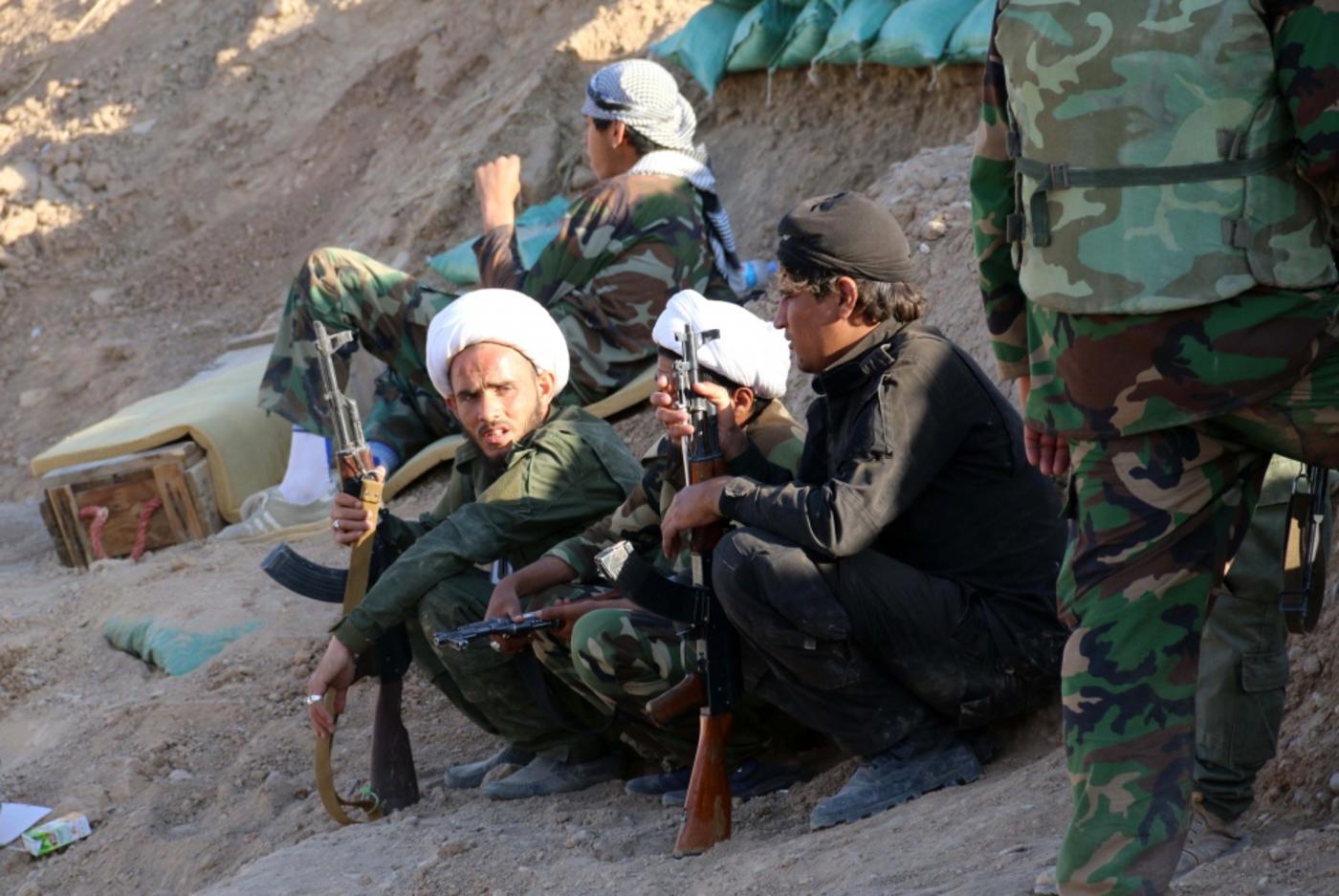 Secretary of State John Kerry said on 9 April the US would support any Middle Eastern state that felt threatened by Iran, and would not "stand by" if Tehran destabilised the region. It would be naive to think that this is a display of American altruism. This is about money, particularly in the form of weapons sales. After all, war - or even just the threat of it - is profitable, especially for those supplying arms but not actually fighting.

Weapons exports provide massive economic benefits, which translate to political benefits, domestically and in terms of influence with clients. The Middle East and North Africa has long been a theatre of combat - often on numerous fronts - and hence among the most lucrative markets on the planet. However, weapons purchases have skyrocketed in recent years as unrest, tension and war between and within states have increased markedly.

The US accounts for almost half of all arms sales to the Middle East, followed by Russia and the UK. Weapons sales to member states of the Gulf Cooperation Council (GCC) rose by 71 percent over the past five years, accounting for 54 percent of imports to the Middle East. Saudi Arabia and the United Arab Emirates have become the world's second and fourth largest arms importers respectively.

The very countries that bemoan regional conflict - the US, Russia, China and European states - fuel and sustain it by enthusiastically selling many billions of dollars of weaponry to warring parties. Bleating on about loyalty to allies and the need for diplomacy is a facade - war means business, and business is booming.

Arms suppliers derive maximum benefit from just the right amount of destabilisation: enough to make clients bulk-buy, but not enough to existentially threaten them or disrupt energy supplies. That is why, for example, the US profited so immensely from the Iran-Iraq war of the 1980s - it armed both sides, resulting in a war of attrition that lasted almost a decade.

Similarly, the Arab Spring, Arab-Iranian tensions and the rise of the Islamic State, among other current crises, have been an economic boon to those who wipe away crocodile tears with one hand and sign weapons contracts with the other. Operation Decisive Storm over Yemen will no doubt add to the buying frenzy.

Russia's arms industry has benefitted from the turmoil in Syria and Egypt, as well as threats of an American or Israeli military attack against Iran. Weapons exports to Damascus have increased since the Syrian uprising began.

Moscow is a major supplier to Iran, whose military expenditure is on the rise amid increasing involvement in the conflicts in Syria and Iraq. This week saw an agreement to deliver the S-300 anti-missile rocket system to Tehran, despite strong American and Israeli objections.

Russia also benefitted from the souring of American-Egyptian relations following the partial US cut in military aid to Cairo amid the latter's crackdown on dissent. Egypt, wracked by increasing violence - in particular a growing insurgency in the Sinai - swiftly turned to Russia to fill the gap.

Moscow, the world's second-largest weapons exporter after the US, has happily obliged. In August last year, President Vladimir Putin promised Cairo that it would speed up delivery of billions of dollars in arms. The American response has been to lift its restrictions on weapons deliveries to Egypt. It was reported last month that this will allow for shipments of 12 F-16 aircraft, 20 Harpoon missiles and up to 125 M-1 Abrams tank upgrades.

This highlights the by-product of military sales: that suppliers turn a blind eye to their clients' abuses, citing only those committed by their rivals' clients. As such, selective talk of human rights has led only to more repression regionally and a heightened sense of impunity. These arms sales "do not just provide military support for abusive regimes, they also send a clear sign of political support," said Andrew Smith of the Campaign Against Arms Trade.

The Arab Spring, proxy wars between Iran and Arab states, and the spread of jihadism - all interrelated - have contributed to a heightened sense of external and internal threats across the region. These phenomena are largely a result of repression, and have been addressed the same way, with a focus on military power and authoritarianism rather than reforms and rights.

Little wonder, then, that the talk these days is of cooperation with the region's autocrats - they are the ones buying the most weapons. A democratic, peaceful Middle East and North Africa is far less profitable. Arms exporters will never say so, but peace does not pay the bills.

Photo: Iraqi Kurdish Peshmerga forces and al-Hashd al-Shaabi factions hold a position close to the village of Bashir in the Qatqa Daquq district (45 km south of Kirkuk) on April 18, 2015 as they launched an operation aiming to recapture nearby villages from the Islamic State (IS) group. (AFP)