Emile Nakhleh
Many policy makers in the West, and curiously in several Arab countries, have equated mainstream political Islam with radical and terrorist groups 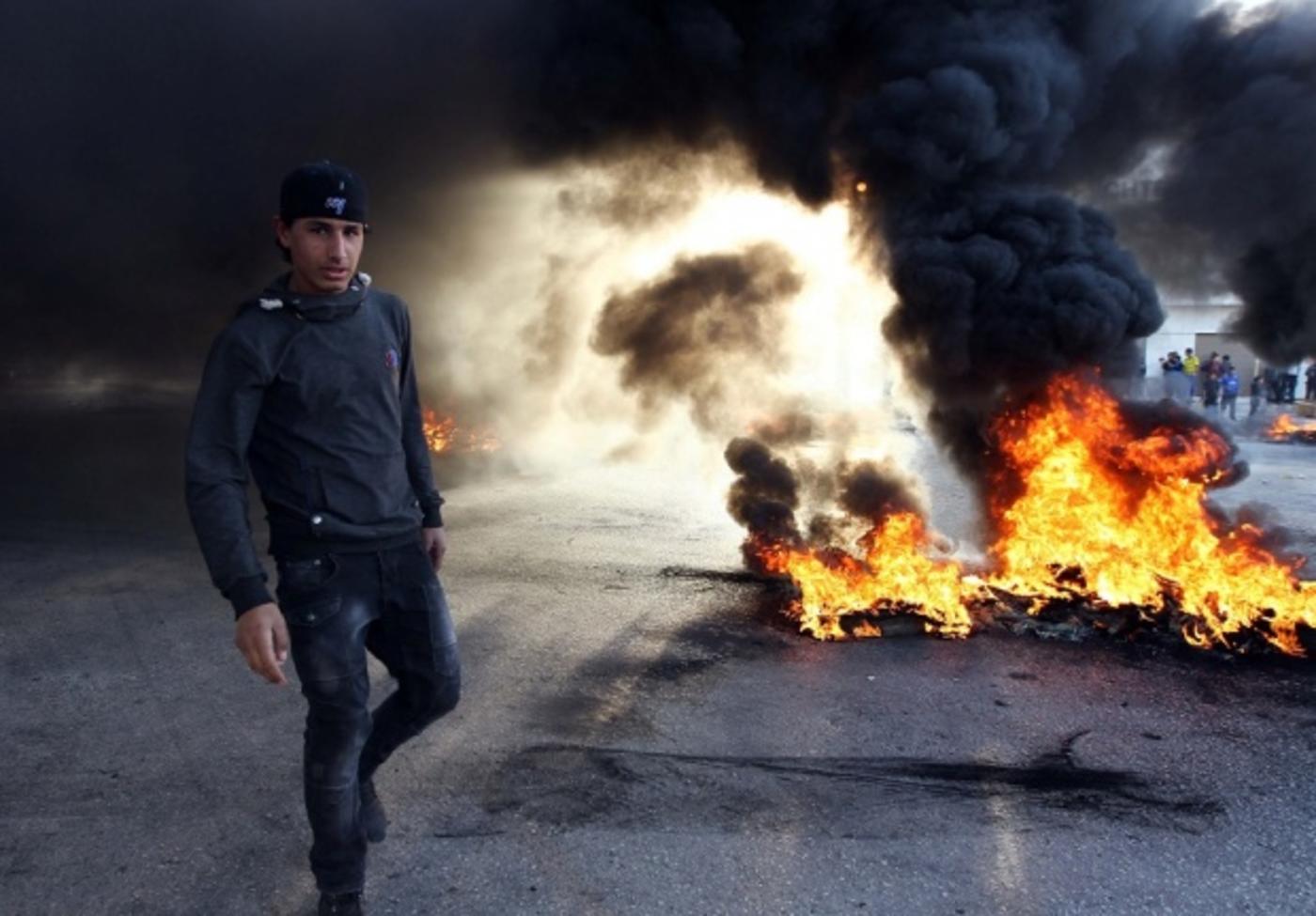 WASHINGTON, United States - This year, Arab political Islam will be greatly influenced by US regional policy, as it has been since the Obama administration came into office six years ago. Indeed, as the US standing in the region rose with Obama's presidency beginning in January 2009, so did the fortunes of Arab political Islam.

But when Arab autocrats perceived US regional policy to have floundered and Washington's leverage to have diminished, they proceeded to repress domestic Islamic political parties with impunity, American protestations notwithstanding.

This policy linkage, expected to prevail in the coming year, will not bode well for political Islam. Like last year, the US will in 2015 pay more attention to securing Arab autocrats' support in the fight against Islamic State forces than to the mistreatment of mainstream Islamic political parties and movements, which will have severe consequences in the long run.

Since the middle of 2013, the Obama administration's focus on the tactical need to woo dictators in the fight against terrorist groups has trumped its commitment to the engagement objective. America's growing support for Arab dictators meant that Arab political Islam would be sacrificed.

For example, Washington seems oblivious to the thousands of mainstream Islamists and other opposition activists languishing in Egyptian jails.

What is political Islam?

Several assumptions underpin this judgment. First, "political Islam" applies to mainstream Islamic political parties and movements, which have rejected violence and made a strategic shift toward participatory and coalition politics through free elections.

Arab political Islam generally includes the Muslim Brotherhood in Egypt and Jordan, Hamas in Palestine, Hezbollah in Lebanon, al-Nahda in Tunisia, and al-Wefaq in Bahrain.

The term "political Islam" does not include radical and terrorist groups such as the Islamic State (ISIS, ISIL or IS), al-Qaeda in the Arabian Peninsula, North Africa, Iraq, and Syria, or armed opposition groups in Iraq, Syria, Yemen, and Libya. Nor does it apply to terrorist groups in Africa such as Boko Haram, al-Shabab, and others.

Unfortunately, in the past three years, many policy makers in the West, and curiously in several Arab countries, have equated mainstream political Islam with radical and terrorist groups. This erroneous and self-serving linkage has provided Washington with a fig leaf to justify its cozy relations with Arab autocrats and tolerance of their bloody repression of their citizens.

It has also given these autocrats an excuse to suppress their Islamic parties and exclude them from the political process. In a press interview late last month, Egypt's President Abdel Fattah al-Sisi forcefully denounced the Muslim Brotherhood and pledged the movement would not enter the Egyptian parliament.

Egypt's recent terrorism laws, which Sisi and other Arab autocrats have approved, provide them with a pseudo-legal cover to silence the opposition, including mainstream political Islam.

They have used the expansive and vague definitions of terrorism included in these decrees to incarcerate any person or group that is "harmful to national unity". Any criticism of the regime or the ruler is now viewed as a "terrorist" act, punishable by lengthy imprisonment.

The 28 December arrest of the Bahraini Sheikh Ali Salman, the secretary general of al-Wefaq, is yet another example of draconian measures against peaceful mainstream opposition leaders and parties in the region. Regime repression of these groups is expected to prevail in 2015.

Second, whereas terrorist organisations are a threat to the region and to Western countries, including mainstream political Islam in the governance of their countries - in the long run - is good for domestic stability and regional security. It also serves the interests of Western powers in the region.

Recent history tells us that exclusion and repression often lead to radicalisation. Some youth in these parties have given up on participatory politics in favour of confrontational politics and violence. This phenomenon is expected to increase in 2015, as suppression of political Islam becomes more pervasive and institutionalised.

Third, the serious mistakes the Muslim Brotherhood and al-Nahda made in their first time ever as governing parties should not be surprising since they lacked the experience of governance. Such poor performance, however, is not unique to them. Nor should it be used as an excuse to depose them illegally and to void the democratic process, as the Sisi-led military coup did in Egypt in 2013.

Although Islamic political parties tend to win the first election after the toppling of dictators, the litmus test of their popular support lies in succeeding elections. The recent post-Arab Spring election in Tunisia is a case in point.

When Arab citizens are provided with the opportunity to participate in fair and free elections, they are capable of electing the party that best serves their interests, regardless of whether the party is Islamic or secular.

Had Field Marshall Sisi in 2013 allowed the Muslim Brotherhood and President Mohammed Morsi to stay in power until the following election, they would have been voted out, according to public opinion polls at the time.

But Sisi and his military junta were not truly committed to a genuine democratic transition in Egypt. Now, according to Human Rights Watch reports, the current state of human rights in Egypt is much worse than it was under former President Hosni Mubarak.

The US and political Islam

Upon taking office, President Obama understood that disagreements between the United States and the Muslim world, especially political Islam, were driven by specific policies, not values of good governance. A key factor driving these disagreements was the widely held Muslim perception that America's war on terror was a war on Islam.

The Obama administration also realised that, while a very small percentage of Muslims engaged in violence and terrorism, the United States must find ways to engage the other 1.6 billion Muslims worldwide. That drove President Obama early on in his administration to grant media interviews to Arab broadcasters and give his historic Cairo speech in June 2009.

However, as the wars in Iraq and Afghanistan dragged on, and as drone strikes caused more civilian casualties in Yemen, Afghanistan, and elsewhere, many Muslims became more sceptical of Washington's commitment to sincere engagement with the Muslim world.

The Arab uprisings beginning in 2011 known as the Arab Spring and the toppling of dictators prompted the United States to support calls for freedom, political reform, dignity, and democracy.

Washington announced it would work with Islamic political parties, particularly the Muslim Brotherhood and al-Nahda, as long as these parties were committed to peaceful change and to the principles of pluralism, elections, and democracy.

That unprecedented opening boosted the fortunes of Arab political Islam and inclusive politics in the Arab world. American rapprochement with political Islam, however, did not last beyond two years.

Much as one might disagree with Islamic political ideology, it's the height of folly to think that long-term domestic stability and economic security in Egypt, Bahrain, Palestine, or Lebanon could be achieved without including the Muslim Brotherhood, al-Wefaq, Hamas, and Hezbollah in governance.

Coddling autocrats is a short-term strategy that will not succeed in the long run. The longer the cozy relationship lasts, the more Muslims will revert to the earlier belief that America's war on terrorism is a war on Islam.

The Arab countries that witnessed the fall of dictators, especially Egypt, will, with Washington's acquiescence, revert back to repression and autocracy, as if the Arab Spring never happened.

Emile Nakhleh is a former Senior Intelligence Service Officer, a Research Professor at the University of New Mexico, and author of A Necessary Engagement: Reinventing America’s Relations with the Muslim World.

The views expressed in this article belong to the author and do not necessarily reflect the editorial policy of Middle East Eye. It was originally published by IPS and is used with permission.

Photo: A young man at a demonstration in Benghazi, Libya. "Political Islam" applies to mainstream Islamic political parties and movements, which have rejected violence (AFP) 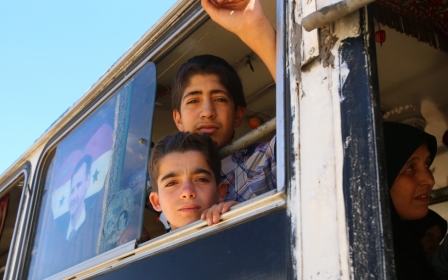