The politicisation of Turkey's presidency 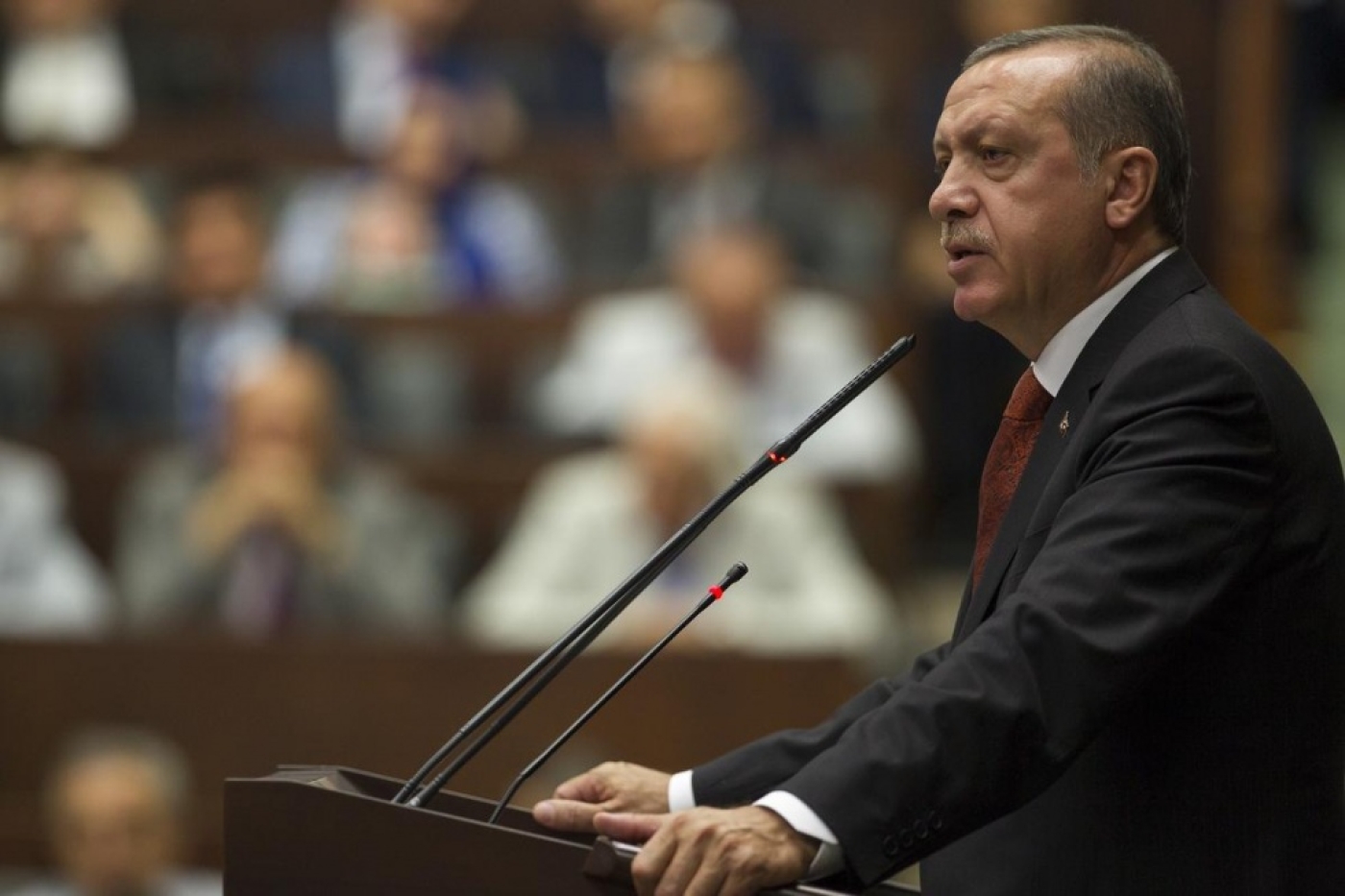 Since 2007, with 68% of the Turkish electorate voting in favour of the constitutional reform package, stipulating the election of the president of republic by popular vote, the transformation of the parliamentarian regime towards presidential regime has been a dominant debate in Turkish politics.

Prime Minister Recep Tayyip Erdogan has always expressed his keenness for the change, while the opposition parties have been more reticent as they were concerned with losing the more constricted political leverage that they essentially exert through legislative processes. This divergence was, in fact, pointing to a shared perception by all political groups that the direct popular vote could be a first step towards ending the “supra-politics” position of the office of presidency towards its active political involvement, by hinging the sources of its legitimacy upon the voters’ approval.

In all four constitutions of the modern Turkish state, the office of the presidency has been designed as the foremost symbol of the country’s harmony and unity. Its main function was set as arbitrating between state institutions, and representing, with impartiality, the Republic of Turkey and its fundamental values. The president of the republic was nominated by the national assembly out of the political race, and once elected the candidates could not have any affiliation with political parties.

Within the standing constitutional framework, the new president will theoretically continue to fulfil the same functions. However the attempt at politicization through popular vote is likely to open the next chapter in Turkey’s democratic struggle.

Vision and profile of the candidates

According to public opinion polls, Erdogan comes forward as the favourite to win the race and possibly in the first round (albeit depending on the voter turnout). This is actually what he is deeply eager to achieve as obtaining more than 50% of the votes in a race against all the opposition groups could be served up as the confirmation of “people’s support” for the type of President that he aspires to be.

Erdogan declares that the article 104 of the constitution, mainly by giving the president the right to assemble and head the council of ministers when he deems necessary, provides the president with executive powers almost in equal terms as the prime minister. In Erdogan’s perspective, the Turkish regime is already akin to a “semi-presidential” system and his precursors’ preference to act as “protocol presidents” reflects an erroneous political understanding.

Erdogan wants to “sweat, run”, and, “order” alongside the prime minister. As president, he would most probably strive to extend his powers and act as a decision maker through regular meetings with the council of ministers, in an infrequent fashion within the Turkish political culture.

Among all ten presidents of the republic, only Turgut Özal had adopted a comparable approach. Still, he assembled or headed the council of ministers only during critical junctures, most particularly the first Gulf War. His successor, Suleyman Demirel has headed the council of ministers only once, at the end of his term for a couple of minutes, as a gesture to bid farewell to the Ecevit government. None of the other eight presidents, including the most recent and Erdogan’s companion Abdullah Gul, have ever made recourse to this executive capacity. By tradition, such recourse has been accepted to have several conditions, primarily being grave security threats to the nation.

It is in line with this tradition that the opposition candidate, Ekmeleddin Ihsanoglu, would probably reason over his office, if elected. He considers the presidency as a supra-political position and its executive duties as secondary compared to the more traditional functions of representing national unity. His rhetoric represents also a balanced tone: he defines himself as an extra-political candidate without any affiliation with any political party, and rejects any connection with any ideology or political group.

Behind his nomination, there may be justifiable motives. Scholar of Islamic studies and former secretary general for the Organization of Islamic Cooperation (OIC), Ihsanoglu has the potential to attract conservative votes. He has connections also within the AKP circles, and even Erdogan had lobbied for him during his OIC campaign. With his rather secular lifestyle, he could also attain the consent of the urban and secular voters. Contrariwise, his candidacy could also be seen as a gamble, notably for the CHP, Turkey’s biggest pro-republican and laic party. If Erdogan wins in the first round, CHP leader Kilicdaroglu will most probably have to tangle with a significant intra-party opposition, as many prominent CHP deputies describe Ihsanoglu as a  figure in political Islam.

Concerning Selahattin Demirtas, the co-chair and candidate of the PDP, the intra or supra-politics position of the president are secondary issues. The elections are reckoned more important than their outcomes, as they would divulge the feasibility of the Kurdish movement’s new political enterprise, aiming at opening itself to new social fractions. Compared to other pro-Kurdish parties, PDP says it aims to represent a more diverse platform, composed of all groups feeling excluded or marginalized by the dominant culture, including other minorities, socialists or the LGBT community. Cherishing social diversity in his discourses, Demirtas intends to give uniting messages, however the PDP cadres’ ongoing affiliation with the PKK is likely to limit his potential votes mainly to the pro-Kurdish social segments. His main objective would be obtaining over 6.6% of the votes, the party’s latest score in the municipal elections.

What to expect from the elections?

It seems like all three candidates attribute very different meanings to Turkey’s first direct presidential elections. Focusing on the content analysis of their messages, one would almost presume that they are entering in three different races in three different countries, but the sole intersections in their discourses, being each other’s names that they pronounce in belligerent phrases, remind us that we are well talking about Turkey.

As the Turkish society is more and more fragmented and continues to lack consensus on a shared world view – Weltanschauung - it is the spirit of the time - Zeitgeist - which principally shapes the dominant attitudes. Today, as the increasing social tensions and polarizations indicate, this spirit is that of aggression. This is also valid for the country’s politicians. It is almost an inevitable destine for all three candidates to be absorbed by the spirit of aggression, and this appears to be the greatest triumph card in Erdogan’s hands.

Compared to other candidates, Erdogan seems to be better trained for appealing to Turkish society’s dominant psychology and attitudes in an attempt to generate alienation from his rivals. In his election campaign, while other candidates had built their strategies on emphasizing unity and “common sense”, Erdogan baffled them by comfortably talking about their ethnic roots, religious affiliations, social backgrounds,  and claiming their unfamiliarity with Turkey’s facts.

Eventually, Erdogan had a rather fruitful campaign, putting his rivals in defensive positions and orientating political debate as he anticipated. This could also be an important reason to question the main opposition parties’ choice of Ihsanoglu, who as an extra-political figure, was not a tactician like Erdogan.

In the case that he wins, which is the most likely scenario, Erdogan can be expected to continue to engage in the country’s “Zeitgeist” and actively take part in political debates, an intention also indicated by his insistence on the article 104 of the Constitution. This could mean the eradication of the concepts of “balance” and “impartiality” from Turkish politics, as the “president of republic”, main arbitrator within the polity, would henceforth pursue his own political agenda.

“President Erdogan” would continue to see other political parties than the AKP as his opponents, and he would most probably seek to convert his presidency into a new arm in his quest for power.