Post nuclear accord: Will Iran’s hardliners stop their anti-American rhetoric?

Muhammad Sahimi
Will a Lausanne accord bring about any change in the attitude of the Islamic Republic - more precisely its hardliners - toward the US? 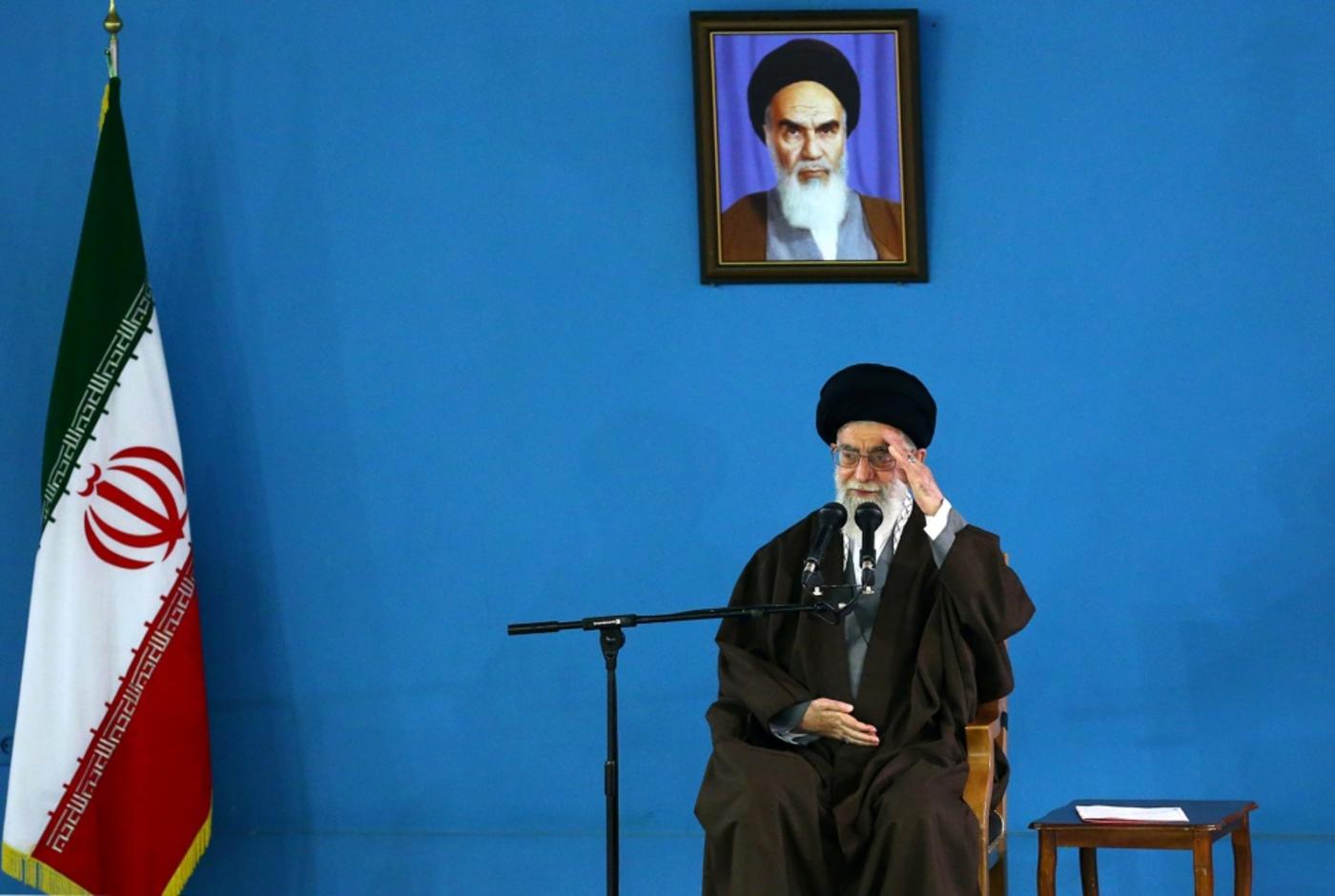 On 2 April, 12 years after negotiations began between Iran and major world powers, the two sides finally announced an agreement in Lausanne, Switzerland, for the political framework that will address all aspects of Iran’s nuclear programme, and lifting the crippling economic sanctions that have been imposed on Iran by the United States and its allies. It is not an exaggeration to say that most of the world let out a huge sigh of relief on the announcement - as failure of the negotiations would have most likely led to another destructive and bloody war in the Middle East, this time against Iran.

The question is: will the agreement bring about any change in the attitude of the Islamic Republic - and more precisely its hardliners - toward the West and in particular the United States? Will Iran’s hardliners phase out their anti-American rhetoric and ideology if the crippling economic sanctions imposed on Iran by the US and its allies are terminated over a short period of time?

The agreement was greeted jubilantly by the vast majority of Iranian people living in Iran, and at least a majority of Iranians living in the diaspora. There were street celebrations in Tehran and other major cities around Iran. Editorials in the reformist media were all supportive of the Lausanne Accord, and many statements of support were issued by the political groups, both inside and outside Iran. A poll taken right after the announcement of the agreement indicated that nearly 83 percent of the people supported the agreement.

But the same poll also indicated that the remaining 17 percent of the population did not support the agreement, presumably because in their view the administration of President Hassan Rouhani had made too many concessions to the West without receiving significant sanctions relief. Poll after poll and elections after elections in Iran have also consistently indicated that the hardliners enjoy the support of 15-20 percent of the population, consistent with the percentage of the population that opposed the agreement.

That a relatively significant portion of a nation’s population may be opposed to a major foreign policy agreement does not pose a problem in a democracy. The problem is that Iran is not a democracy. Elections are regularly held in Iran that are typically competitive with unpredictable outcomes, but they are not democratic because the potential candidates are vetted by a state organ.

The Supreme Leader, Ayatollah Ali Khamenei, rather than the President, is the head of state and he has vast power. They are many major centres of power controlled by unelected hardline officials that report only to the Supreme Leader. The anti-American rhetoric is currently espoused by the same hardliners. However, in the West it is Iran as a nation that is routinely characterised as anti-Western with a population that is vehemently anti-American. The reality is far more complex and has a long history.

To be sure, the Iranian revolution of 1979 was an anti-imperialist revolution in which the people made the West, and especially the United States, the target of their wrath. They viewed Shah Mohammad Reza Pahlavi’s reign as illegitimate and a result of the CIA coup of 1953 that had toppled the democratically elected government of Iran’s national hero, Dr Mohammad Mosaddegh. The hostage crisis of 1979-1981 was a symptom of that anger.

The eight year war with Iraq, during which the West supported Iraq and the downing by the US Navy of Iran’s passenger airliner over the Persian Gulf in July 1988, killing 290 people, including 66 children, only added to the anger. Thus, shouts of “death to America” were routine, and could be expected from practically every stratum of Iranian society.

But, after the end of the war with Iraq in 1988, repression and crackdown on the dissidents continued. The people recognised that the hardliners were using the threat of the United States, either real or perceived, as their excuse to accuse the dissidents and pro-democracy groups of being “foreign agents,” “counter-revolutionaries,” and “anti-Islam”.

To be sure, the United States did help the hardliners by following a destructive policy toward Iran. When then-Iranian president Akbar Hashemi Rafsanjani, a pragmatist, offered a large oil contract to the American oil company Conoco in 1995 as a gesture of reconciliation, even though it was a European firm that had won the bidding for the contract, the Clinton administration not only prevented Conoco from carrying out the project, but also imposed total economic sanctions on Iran in May 1995. In the same year Congress passed the D’Amato Act - formally known as the Iran Sanctions Act - that was named after former senator Alfonse D’Amato (R-NY) which banned investment in Iran’s oil and natural gas sector.

But the election of the reformist Mohammad Khatami as Iran’s President in May 1997, his efforts for opening up the political space in Iran and allowing more freedom of the press, and his proposal for a “dialogue among civilisations,” gradually created a more positive image of the political atmosphere in Iran, lessening the hostile attitude toward the United States and the West - particularly because the hardliners tried to block Khatami’s reforms.

After the terrorist attacks in the United States on 11 September 2001, Iranians held candlelight vigils, expressed their sympathies with the United States, and Khatami was one of the very first foreign leaders who sent a message of condolence to the American people. Ever since then, the anti-American rhetoric in Iran emanates almost exclusively from the hardliners.

So, if the anti-American ideology of the Iranian hardliners is to be eliminated or at least isolated, the hardliners themselves must be marginalised and isolated. That will not happen unless the Lausanne Accord results by the end of June in the lifting of the crippling economic sanctions imposed on Iran, in return for Iran carrying out its obligations under the accord.

Iranian conservatives are already agitating in the political arena to cause the failure of upcoming negotiations for implementing the Lausanne Accord. The most potent weapon in their agitation arsenal is their call for lifting the sanctions the day after the final agreement is signed, which has also prompted both Khamenei and Rouhani to support it.

Elections for the Majles (parliament) will be held in late February 2016, and there is already a lot of manoeuvring by all the political groups to try to take advantage of the negotiations with the US and the Lausanne Accord. Rouhani and his allies, Rafsanjani, Khatami and their supporters have repeatedly emphasised the significance of the upcoming elections.

If the nuclear agreement delivers tangible economic benefits to the Iranian people by the end of the current year, it will help isolate the hardliners. The reformists, moderates and supporters of the Green Movement would like to be in a position to point out the benefits of accommodation with the United States. The hardliners, on the other hand, will try to use any sign of weakness by the Rouhani administration in the negotiations to claim that they were right in their distrust of the United States.

The next elections for the Assembly of Experts will also be held simultaneously with the Majles’ elections. The assembly is a constitutional body that appoints the Supreme Leader and can, at least in theory, fire him as well. With all sorts of rumours about the state of Khamenei’s health – he was hospitalised last September and was also recently absent for two weeks – the elections for the assembly have taken on extra significance.

Hardliners have been accusing the moderates and reformists of plotting to take control of the Assembly and reduce the power of the Supreme Leaders. Both Rafsanjani and Rouhani are members of the current assembly, and Rafsanjani has been talking about the importance of the next elections for the assembly. If Khamenei leaves the scene in the near future, the next assembly will have to choose his successor, and several names are being mentioned as his possible successor.

The elections for the assembly will also be influenced by the outcome of the nuclear negotiations. If Rouhani succeeds, it is likely that the next assembly will have more moderate members. Then, if the time for choosing Khamenei’s successor arrives in the next few years, the moderates will play a critical role.

Chink of light from Khamenei

There is also evidence that Khamenei may tone down his anti-American rhetoric. In a speech on April 9 he said:

“Now, this [nuclear negotiations] is a new experience. If the other side [the United States] sets aside its bad behaviour, this will become a new experience for us, one that will tell us that, well, we can also negotiate with them about other issues. But, if they repeat the same behaviour and take the wrong path, it [the negotiations] will only reinforce our past experience.”

Coming from Khamenei, this is a highly significant statement. The same man who banned the government for years from having any contact with the United States, and then allowed negotiations only over the nuclear issue, is now viewing them and contacts with the United States in a new light. Khamenei is effectively saying that if Iran gets the right accord with the US – and in his view the right agreement is one that leads to an almost immediate lifting of the sanctions – then he might take up other issues with the United States. Within the context of Iranian politics, this is truly a breakthrough.

Why is Khamenei apparently thinking about an opening with the United States? Perhaps he recognises that President Obama and his administration give him the best chance to resolve at least some of the major issues between the two nations, and that the next president of the United States may not be as accommodating.

Khamenei also recognises that the radical Sunni groups of the Middle East present the most critical threats against Iran’s national security, and that the US is also hostile toward the same groups. Thus, the two countries can work together, at least implicitly, to defeat such groups. A defeat for Sunni radical groups will also be a major defeat for Saudi Arabia and its allies in the Persian Gulf Area, Iran’s arch rivals in the region.

Finally, only Khamenei is fully aware of the state of his own health and therefore he may wish to resolve a critical issue facing his nation, namely, relations with the United States before leaving the scene. That would be part of his legacy, just as it would be part of President Obama’s legacy and his most important foreign policy achievement. If that happens, the anti-American ideology would be dead in Iran. 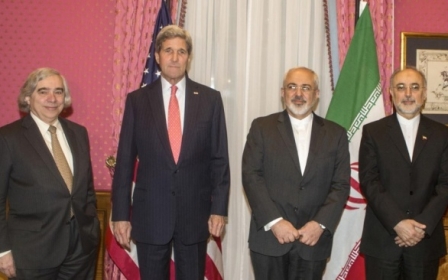 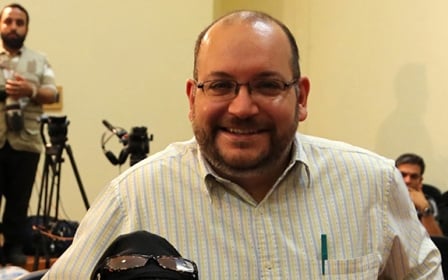 Inside Iran
Iranian-American journalist held in Iran charged with espionage