Nabila Ramdani
If the ‘warrior prince’ really wants to do some good in the world, he should end his links to the military-industrial complex 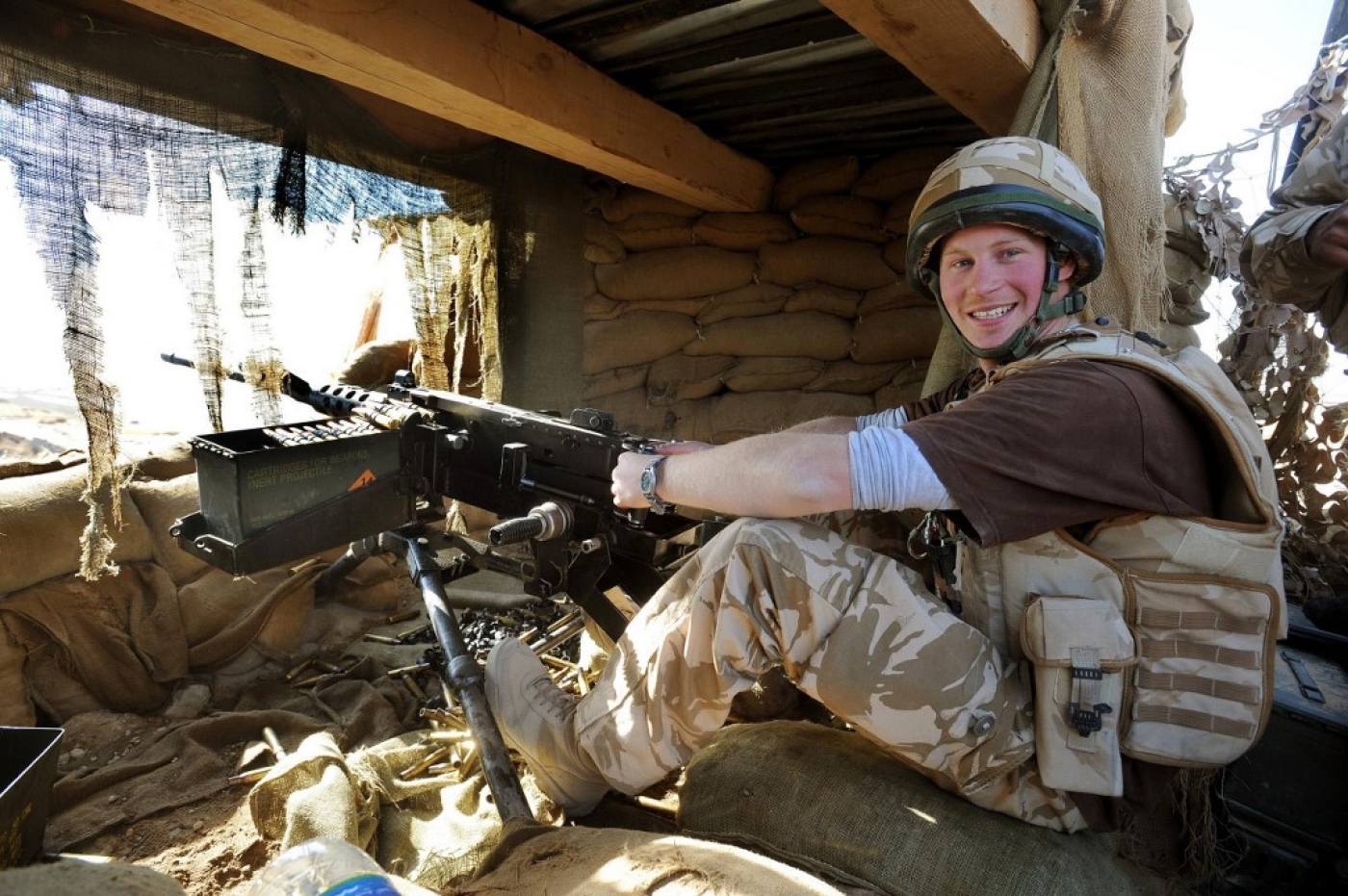 Choose any futile war over the past 50 years, and there is inevitably an abiding photograph that has come to define it.

In Vietnam, it was the picture of a nine-year-old naked child running away from a napalm attack. It encapsulated an assault on innocence, and the abject horror of a 20-year conflict that claimed hundreds of thousands of lives while achieving next to nothing.

For me, images of a grinning Prince Harry firing a .50mm calibre machine gun at Afghans in their own country says everything about the equally pitiful nature of a war that is fast approaching two decades in length. The relaxed young royal posed for the Instagram-style snaps and videos during a short tour of duty in 2008, commenting: “This is the first time I’ve fired a .50 cal. It’s just no-man’s land … They poke their heads up and that’s it.”

We presume that “they” referred to the Taliban, the insurgents battling Western forces since the US invasion of their homeland in 2001.

However, all kinds of innocents, including thousands of children, have been cut down by high-powered Western gunfire in Afghanistan, but they appear to be of little consequence to a Hollywood-style public relations operation on behalf of an image-conscious celebrity.

Harry also tried his hand at decimating his enemies as a gunner in an Apache attack helicopter, equipped with the particularly terrifying 30mm M230 chain gun, Hellfire missiles and CRV7 rocket pods - all of which have the ability to massacre human targets with a capacity that is as indiscriminate as it is ruthless.

Now that Harry is reinventing himself as a global humanitarian campaigner, his silence about the ongoing slaughter in Afghanistan is notable

At least 32,000 civilians have been killed and 60,000 wounded in the last decade of the Afghanistan war alone, according to the United Nations. Most were dressed in sandals and flimsy clothes before being ripped to pieces, yet former combatants such as Harry seem to ignore this issue. Instead, some project their stints killing and maiming, using the latest multimillion-dollar hardware, as being somehow admirable, and indeed even honourable.

Now that Harry is reinventing himself as a global humanitarian campaigner, his silence about the ongoing slaughter in Afghanistan is notable. Rather, he is currently focusing on Angola, urging people not to forget the work of his late mother, Diana, Princess of Wales, in clearing landmines from the African country.

During a recent speech at Chatham House – the Royal Institute of International Affairs in London –Harry echoed Diana’s claim that landmines “are a humanitarian issue, not a political one”, saying that civilians and wild animals were among those harmed by the “remnants of war”.

In fact, war and its legacy are very important political issues - which brings into question Harry's reliance on some of the biggest arms manufacturers in the world to back his charity work.

It was only last month that BAE Systems, the British multinational that supplies fighting forces the world over, announced a two-year “partnership” with Invictus Games, the Olympic-style competition held every two years, and headed by Prince Harry. Those taking part are wounded service personnel who are helped with their reintegration back into civilian life. Rear Admiral Jim Macleod, head of Invictus UK, said at the time: “We are delighted to announce that BAE Systems is Invictus UK’s new presenting partner.”

The games are hugely admirable, yet there is something perverse about linking them with a company that has made billions from some of the most infamous wars in recent history, not least of all in Afghanistan and Iraq. Many of the Invictus participants were damaged for life in these conflicts.

What’s more, BAE’s third-biggest market is currently Saudi Arabia, which is in the midst of prosecuting a murderous offensive in Yemen. Some of the £5bn worth of fighter jets sold by BAE are being used to bomb hospitals, schools and other public facilities. Hundreds of thousands have been killed, wounded or displaced by British-made planes and bombs.

BAE is by no means the only arms manufacturer on Invictus’ list of partners -  the 2018 Invictus Games in Australia included Boeing, Lockheed Martin and Raytheon - but as the biggest weapons supplier in Britain, and because of its close links to the Saudi royal family, it is arguably the most controversial. 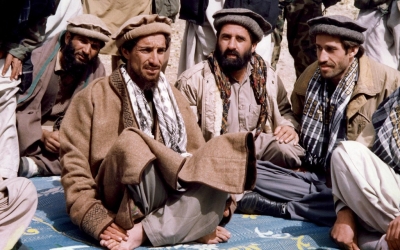 Weapons are, at best, an amoral business, and those who profit from them might see nothing wrong in using the victims of war to promote their wares. If Prince Harry and his ambitious wife, Meghan Markle, who first supported Invictus in Canada in 2017 and who has attended numerous events since, intend to help change the world with their high-profile benevolence, they could win over hearts and minds immediately by ending their links with the military-industrial complex responsible for so much of the world’s carnage.

When I first approached The Invictus Games Foundation, the event's main organisation body, to give them the opportunity to justify their links with BAE Systems, there was distinct unease. A spokesman initially flatly denied that either BAE Systems, Boeing, Lockheed Martin, or Raytheon were sponsors, before conceding that they were indeed involved with the games.

An email to me from The Invictus Games Foundation stated that it maintains “an exclusion against organisations that has [sic] as its sole purpose the manufacture or sale of weapons.” BAE Systems subsequently refuted this – saying it was very much an Invictus Games partner.

Arms companies played a key role in funding the 2018 competition in Australia, just as they will at the next games in Holland in 2020. It is all part of a very muddled policy from the Invictus family that needs changing.

Just as importantly, Harry should acknowledge the true legacy of the conflict in the country where he made his name as a “warrior prince”. More civilians are currently being killed by US and pro-Western forces in Afghanistan than by the Taliban.

Fat order books for weapons manufacturers mean that the threat to civilians and wildlife are likely to continue for years to come. They will pose far more of a danger to innocent lives than any ordnance left over in Angola.

Harry’s deployment to Afghanistan has been exploited to the full for publicity purposes. Now, it is about time that he faced up to the scale of the disaster there, and finally used some of his star status to try and resolve it.

Nabila Ramdani is an award-winning French-Algerian journalist, columnist, and broadcaster who specialises in French politics, Islamic affairs, and the Arab world. On Twitter: @NabilaRamdani

Analysis
Strong but insecure, Israel can no longer leave the dead in dignity
Analysis
Celebrating victory over the Nazis is the next Israel-Russia row
Analysis
Israel's al-Aqsa aggression risks an intifada it would be unable to contain 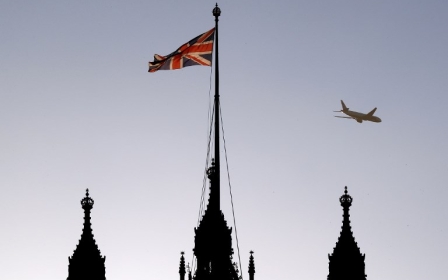 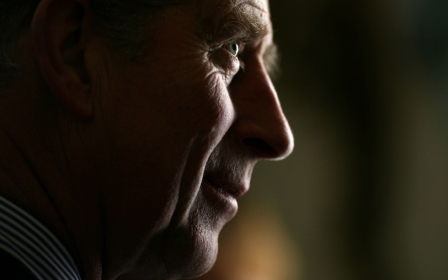