Putin, Trump and refugees: A nightmare to which we may awaken 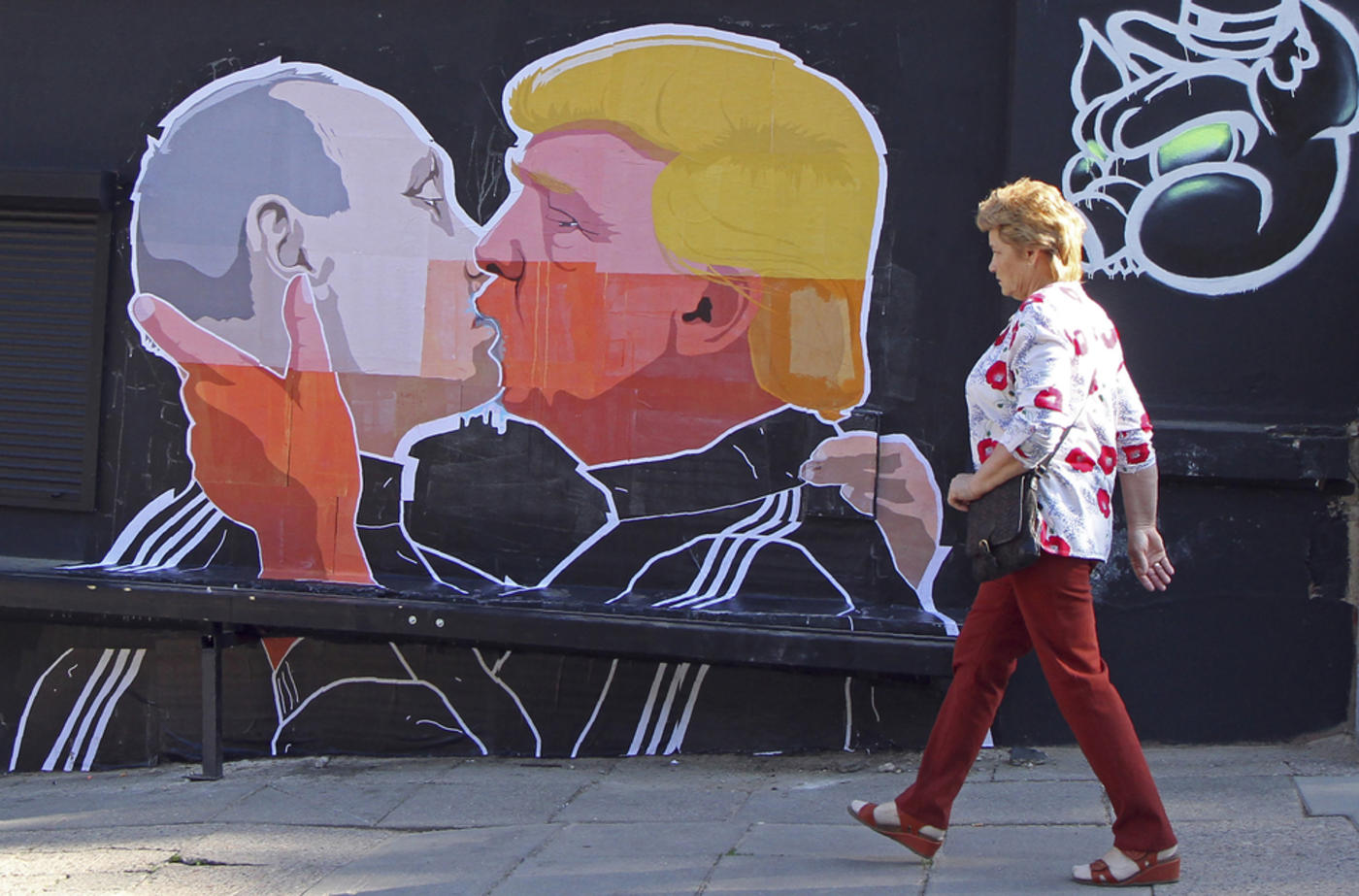 Syrian President Bashar al-Assad has launched a ferocious ground offensive against besieged rebel holdouts in east Aleppo, about 250,000 civilians including women and children, with lethal help from his staunch ally Russia and its leader Vladimir Putin.

If the worst were to happen in November and a newly elected Trump became a very rich stooge for Russia, there can be little doubt that the world would be Putin’s oyster

EU officials have called the assault a “breach of international humanitarian law”, but of course, the problem with international law is that there is no actual sheriff to enforce it.

At the United Nations, US Ambassador Samantha Power accused Russia of "barbarism" during a Security Council emergency meeting called to demand that Moscow rein in Assad and halt its air strikes. In response, Russia said the tone of such rhetoric was “unacceptable”.

For his part, the fact-free Assad has simply denied everything, saying dismissively in a recent interview that if people in Aleppo were under siege, “how could they still be alive?”

Ceasefires and diplomatic accords have recently collapsed into rubble along with the apartment buildings, hospitals and rescue centres that have become targets for modern Russian airpower employing bunker-busters, incendiary munitions and mass-killer cluster bombs.

Half a million people have already died in this brutal civil war amid its entangled multiplicity of militant actors and puppet-master governments.

“Internally displaced people” (IDP) is the new term for those who flee their homes to save their lives, often huddling together in refugee camps and thus presenting new targets for mad bombers Putin and Assad. Syria has almost seven million such people, according to the United Nations High Commissioner for Refugees (UNHCR).

This civil conflict has truly devolved into a “war without mercy” that has swept across Syria like a virulent plague since it was sparked by the 2011 Arab Spring demonstrations that the dictator Assad found so displeasing.

From war to instability

When Syrian IDPs - many having left home, been bombed multiple times and lost family members - become desperate enough, some hit the refugee trail for the EU, where they hope against all odds to find some respite from war, some safe harbour where they can raise their children. About 5 million have fled to neighbouring countries and a million have moved on to the EU in search of asylum.

Premier Angela Merkel’s government of Germany, which accepted a million refugees last year, many of them Syrians, has found itself increasingly unpopular with voters in various parts of the country as the anti-immigrant party, AfD, has made gains in local voting and now threatens to bring down the ruling coalition in the next national election.

Some Eastern European nations simply refuse to accept any refugees. The UK is still reeling from Brexit, and anti-immigrant political parties are making big inroads in France, Holland and other countries struggling under the enormous tide of refugees and migrants fleeing from war, political unrest and poverty in the Middle East, North Africa, Afghanistan and Pakistan, about 21 million souls all told, the UNHCR says.

Merkel took responsibility for her party’s local election losses and reportedly said: “If I could, I would turn back time by many, many years to better prepare myself and the whole German government for the situation that reached us unprepared in late summer 2015.”

Putin looks on with his poker face, seeming to occasionally lick his chops at the prospect of growing political instability among the NATO countries of Europe.

Chances seem slim that Russia, while claiming to seek a peaceful solution in Syria, will actually cease blasting civilian populations into corpses, IDPs and refugees

While the West is preoccupied with a Middle East that is aflame and the resulting influx of refugees that present such vexing political problems at home, Putin has annexed the Crimea and pushed into Eastern Ukraine.

More refugee problems and an ever-higher level of instability in the EU through the next few election cycles might eventually allow the former KGB man to begin reconstituting his own personal version of the Soviet Union. So the chances seem rather slim that Russia, while claiming to seek a peaceful solution in Syria, will actually cease blasting civilian populations into corpses, IDPs and refugees anytime soon, as that would in no way serve Putin’s ambitions of imperial expansion.

And his ally Assad seems to be fine with his domestic opponents being slaughtered en masse or driven out of Syria. If the bandied-about “political solution” were eventually allowed to take shape, Assad might even find himself sweeping to victory in a free and democratic election, having buried or driven out many millions of the potential voters who were opposed to him.

Still, Putin’s ultimate prize would be a US President Donald Trump, who enjoys financial ties with politically connected Russian oligarchs and has already declared a fawning admiration for the Russian strong man, suggesting repeatedly at campaign rallies “how nice” it would be to work with Russia rather than opposing its aims, to applause from his legions of true believers.

No wonder the Russians are skillfully inserting themselves through cyber attacks, subsequent leaks of damaging information and straight-up propaganda from its “news agencies” into the US electoral process, doing their best to swing the vote in favour of the billionaire con-man who lies more often than not, as he always has in his relentless, life-long pursuit of more wealth.

Pulitzer Prize-winning PolitiFact has rated 70 percent of the Trump statements it has checked as mostly false, false or “pants on fire”.

And Trump has actually encouraged Russia to commit espionage against his opponent, something unprecedented in US history, as well as indicating publically that NATO allies were of little importance to him.

In light of these developments, left-of-centre tech mogul Rob Glaser has funded a new website called PutinTrump.org, which The Atlantic says is “intended to highlight the connections between the Republican presidential nominee and Russia’s authoritarian president”.

Still, if in November the worst were to happen and a newly elected President Trump became a very, very rich stooge for Russia, there can be little doubt that the world would then be Putin’s oyster.

- Michael Millard is an editor for Middle East Eye. He previously worked at Bloomberg and Reuters.

Photo: A woman walks past a mural on a restaurant wall depicting US Presidential hopeful Donald Trump and Russian President Vladimir Putin greeting each other with a kiss in the Lithuanian capital (AFP)