Revolution helped unleash jihadism in Tunisia. Democracy can resolve it 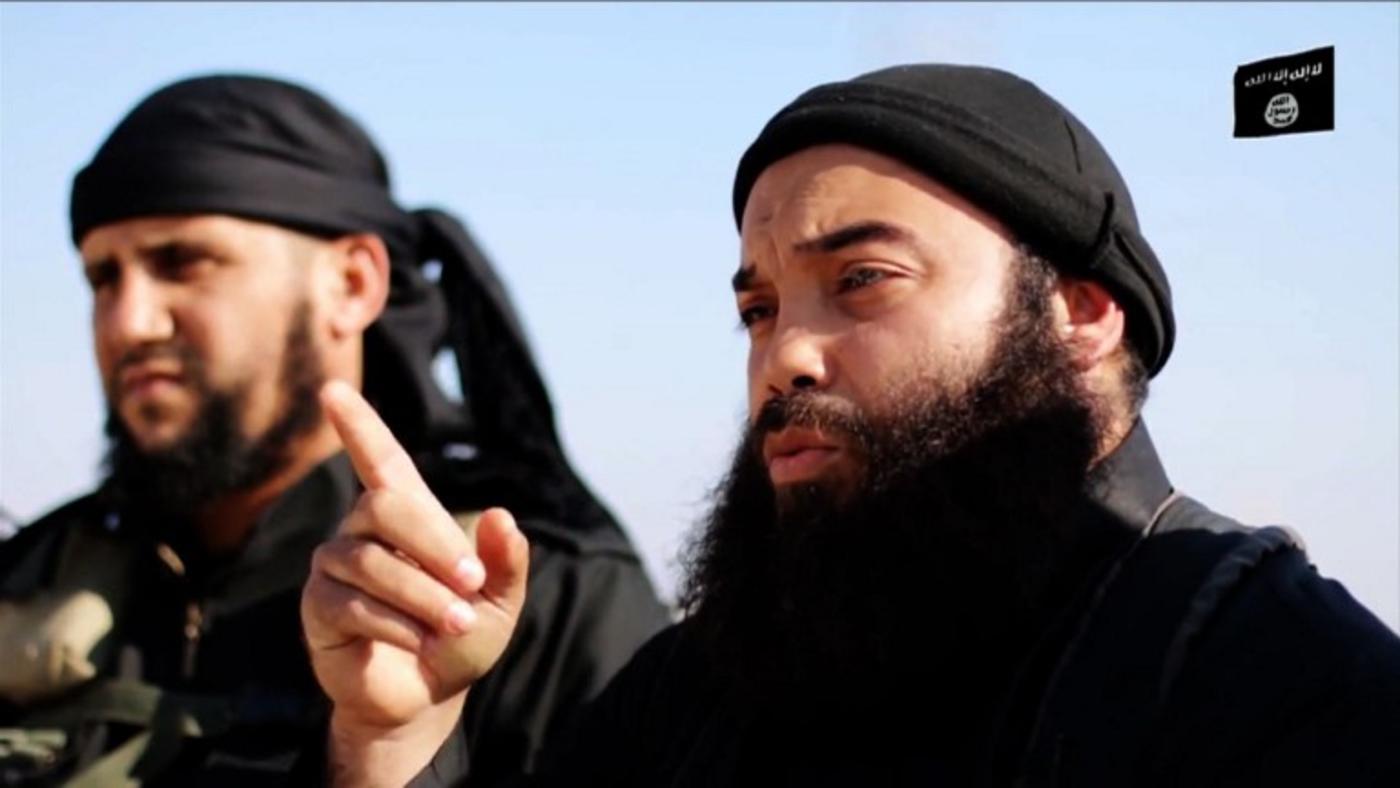 Tunisia is not simply a “jihadist beacon”, but that may be the only thing you associate it with given the way some European commentators have discussed the country recently.

Democratisation, if anything, has provided Tunisians with the ability to seriously investigate the environment and context that has created jihadism

Against all the odds - deep ideological rifts, a fragile state in a chaotic regional context, and post-revolutionary economic upheavals - Tunisia’s democratic transition has succeeded.

Still, some argue that the frequency of the involvement of Tunisians in terrorists acts reflects a transition gone awry and encourages a certain nostalgia for dictatorship.

This kind of sentimentality in a post-revolutionary era is to be expected, but it should not colour the debate on why so many Tunisians have gone to fight in regional conflicts.

But equally, it is essential for Tunisians not to look the other way in denial. Instead, we should try to understand these trends in a rational and strategic manner.

This is not as obvious a proposition as it sounds so long as most Tunisians refuse to even accept the reality that militants will be returning home at some point.

Recently, the simple statement by the Tunisian President Beji Caid Essebsi that the state cannot refuse to allow them back into the country, as the constitution requires, was met by mainstream indignation and paranoia, even though he emphasised that they will be put in jail, not released, according to Tunisia’s anti-terrorist law.

After so many rough estimations, on New Year’s Eve, Essebsi declared that exactly 2,926 Tunisians are currently fighting abroad and that Tunisian security forces know where most of them are located.

The presence of Tunisians in the different fronts, especially in Syria, Iraq, and Libya, is very visible

With a population of fewer than 10 million, Tunisia is not among the most populous nations of the Muslim world. Yet the number of Tunisians active in Salafi militant movements is proportionally more than most countries and this is not since Tunisia has become a democracy.

Throughout the 2000s, according to various sources, notably the Sinjar Records – a cache of al-Qaeda documents that the US obtained in 2007 - the presence of Tunisian militants was highly visible, especially in the structures of al-Qaeda in Iraq.

One of the facilitators smuggling foreign fighters through Syria, according to these records, was a Tunisian known as Abu Umar Al-Tunisi.

Before that, in September 2001, two Tunisians posing as journalists killed Ahmad Shah Massoud, the Afghan military and political leader of the rebel Northern Alliance, an anti-Taliban and anti-al-Qaeda group.

Tunisians were responsible for many of the suicide bombings in Iraq, notably in Samarra, igniting the sectarian war in the country in the mid-2000s.

After the revolution, the number of Tunisian militants rose, but most are field operatives or at most mid-level leaders, according to a Tunisian Institute for Strategic Studies (ITES) study based on police reports.

In al-Qaeda and its franchises, there are no leading Tunisian figures. Even al-Qaeda’s Tunisian branch, Katibat Uqba Ibn Nafi, is still led by Algerians.

In the case of the Islamic State (IS), no Tunisian is known to have been chosen for the highest military, religious, or political ranks.

Yet their presence in the different fronts, especially in Syria, Iraq, and Libya, is very visible. In other words, as much as they are present in high numbers, they do not seem to have access to key decision-making positions.

Unlike the Iraqis, Syrians and Libyans, Tunisian fighters are not trained militarily in their country from an early age.

According to leaked information, around only seven out of the 2,926 militants originate from security and military forces. The rest are overwhelmingly made up of workers and students and most sources agree that the majority of them are in their 20s.

So we have many Tunisian fighters in number, but they have limited skills when it comes to fighting. This means that they have been essentially sidelined, which would not encourage them to defend IS to the end.

Roots of rise in fighters

According to a December 2014 Tunisian Institute for Strategic Studies report on Salafi militancy in the country, and also the national strategy that was in place when I served in the government as an adviser to then president Moncef Marzouki, it is clear there are several factors that can help determine the reasons for the high numbers of Tunisian fighters.

It is true that the Salafi militant movement existed before the Tunisian revolution. Leaders were already active; others were in prison.

But there is a clear correlation between the rise of fighters and the country’s post-revolutionary phase.

The Tunisian Salafi jihadist movement represented mainly, but not only, in Ansar al-Sharia (founded in May 2011) took advantage of the wave of freedoms that came after January 2011.

They benefited from a general amnesty in February 2011, which saw the release of more than 500 prisoners being held for political offences, even though many of them had taken part in violent militant activities within Tunisia and abroad.

They cleverly used the general sentiment of forgiveness and sympathy towards all opponents of the regime to their advantage.

In this context, they developed a very sophisticated network of public services that offered charity to local people, including medical services for those in the poorest areas of the country.

It was only in April 2013 when Ansar al-Sharia were banned from organising an annual conference that there were any acts limiting the freedom of militant Salafists.

Another major factor is that the wave of freedom released deeply oppressed, extreme religious sentiments among the youth who found little spirituality in the rudimentary religious discourse of the despotic system and, for two decades, fell victim to internet and satellite channels holding extremist Wahabi views.

Salafi militancy in Tunisia became another element of the anti-revolutionary movement, rejecting democracy and freedoms

In other words, there were generations of young people who were not connected to local, credible religious institutions and opted for the more attractive Salafist school.

Another factor was the failure of the post-revolutionary elite, notably the political elite, to respond to the expectations of the youth, who became quickly disillusioned with the state.

Some found refuge in the absolute and solid truths of Salafi militancy and their closed society, with its own system of signs and symbols and tools.

In this way, Salafi militancy in Tunisia became another element of the anti-revolutionary movement, rejecting democracy and freedoms.

Other factors include a fragile state with a weakened security system, the lack of a strategy to rationally tackle the ramifications of this movement, the dangers posed by a fragile neighbour such as Libya and the longstanding jihadist movement in neighbouring Algeria.

It was these ingredients and others - not the Arab Spring nor the democratic transition in Tunisia - that has created a jihadist monster in Tunisia.

Democratisation, if anything, has provided Tunisians with the ability to seriously investigate the environment and context that has created jihadism, and has created the possibility of forming a strategy that might tackle its deep sources.

- Tarek Kahlaoui is a former adviser to Tunisia's first Arab Spring president Moncef Marzouki and the former director of the Tunisian Institute of Strategic Studies. He is currently an assistant professor of Islamic history and art at Rutgers University in New Jersey

Photo: Image grab taken off a video posted online on 18 December 2014 by al-Itisaam media foundation, one of the Islamic State (IS) group's media arms, allegedly shows Abu Muqatil - an IS militant wanted by Tunisian authorities for murder whose real name is Abou Bakr al-Hakim or Boubaker el Hakim - speaking next to fellow militants and claiming the 2013 twin assassinations of Tunisian secular politicians, Chokri Belaid and Mohamed Brahmi. (AFP/Al-Itisaam media foundation).

This article is available in French on Middle East Eye french edition.