Revolutionary purity from Trotsky to Baghdadi

Eric Walberg
Revolutionaries such as the Islamic State will languish if they refuse to accept the platforms of other liberation movements, primarily: Hamas’ struggle for Palestinian freedom 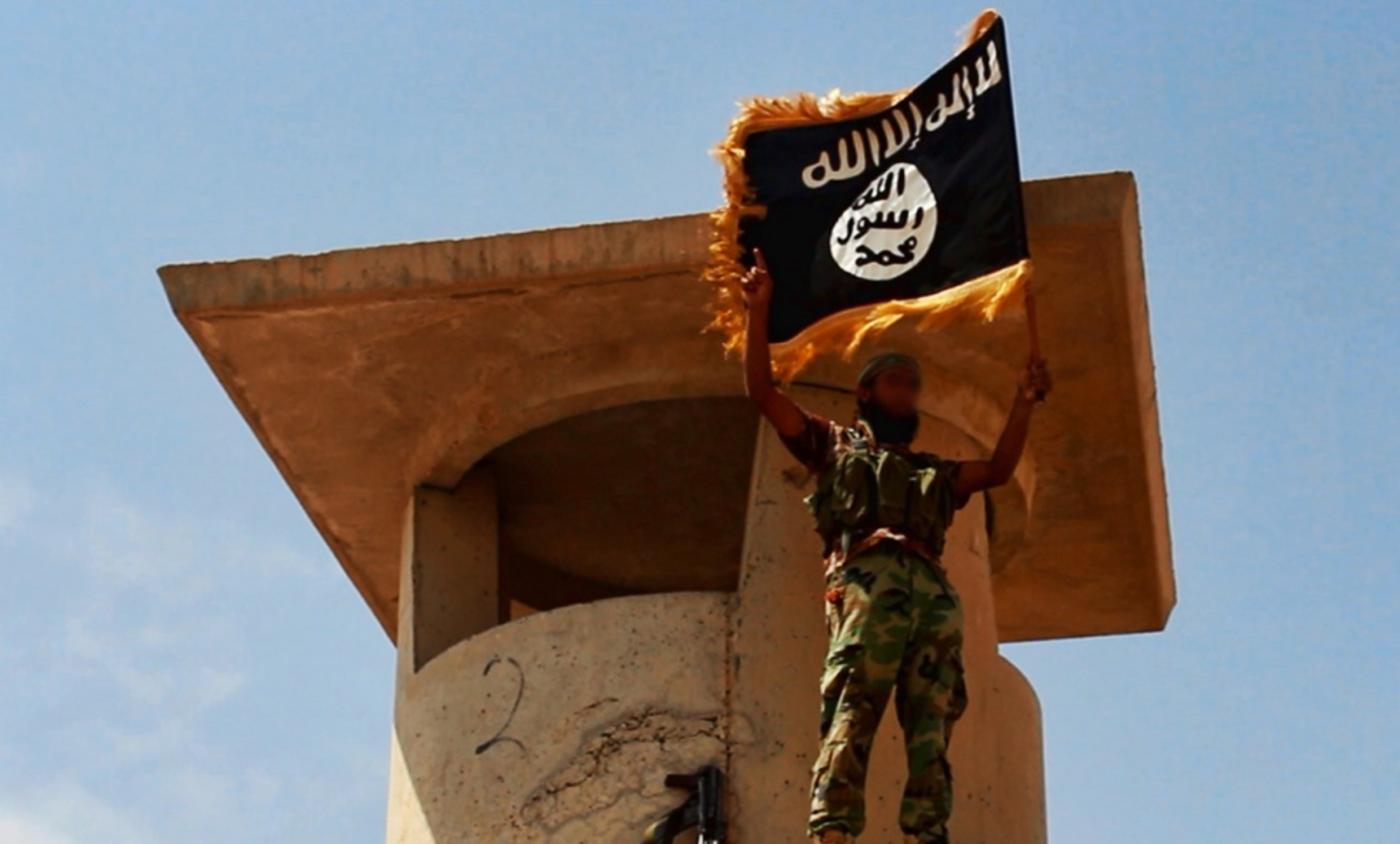 The declaration by the Islamic State (IS) leader, Abu Bakr al-Baghdadi, of a new Islamic civilization on lands where Islam flourished over a millennium ago is a heady call, and has been welcomed by many frustrated, angry Muslims, anxious to see the end of US-Israeli hegemony in the region. This reminds one of the excitement generated by the Russian revolution of 1917, where a small band of revolutionaries seized power and declared a communist state, soon to become a world united under the new selfless creed.

The parallels and contrasts between Islamists - Muslim Brotherhood vs Salafi/ al-Qaeda - and revolutionary movements of the left in the twentieth century - Communist vs Trotskyist/ Maoist - are both eerie and instructive.

That IS’s caliphate is dismissed by senior Sunni ulama [scholars] such as Yusuf al-Qaradawi, who said that the declaration “is void under sharia,” Egypt’s al-Azhar sheikh, Abbas Shuman, who delcared that “The Islamic caliphate can’t be restored by force,” and of course, Saudi officials, which is only to be expected. However, Muslims are tired of fatwas which do nothing to seriously challenge the injustices to which they are subjected. No matter what sins IS has committed or may commit, it can count on implicit support by many Muslims, just as Bin Laden did, and just as many leftists often blindly supported ruthless revolutionary movements in the twentieth century.

How can this be? In the first place, for better or for worse, all these revolutionaries - secular and jihadist - must be considered the “real thing”: genuinely committed revolutionaries, incorruptible and willing to sacrifice themselves to pursue a selfless agenda. For those in the Muslim world, who are weary of choking on oppressive secularists who preside over societies awash in corruption, this is important.

Even as they unwittingly adopt many of the imperialists’ arms and strategies (compromising the goal of communism or renewing Islamic civilization,) their personal morality is very different from that of the imperialists. While serving imperialism inadvertently, as do, for example, Bin Laden and Zawahiri (by sowing confusion, promoting chaos and death primarily in the Muslim world, and blackening Islam,) these leaders still build their own following through personal moral uprightness and incorruptibility, just as the anarchist terrorists did of the nineteenth century and militant leftists from 1917 and onwards.

Bin Laden fasted (the full-day dry fast) two days a week throughout his adult life and lived with no luxuries, giving away his wealth to support individuals in need and the causes he supported. According to former CIA chief of the Bin Laden issue station (1996–1999) Michael Scheuer, Bin Laden was “pious, brave, generous, intelligent, charismatic, patient, visionary, stubborn, egalitarian, and, most of all, realistic ... wars are only won by killing.” It is not enough to merely dismiss them as psychopaths - which they may well be - and to assume that they are only pretending to be devout, however misguided their interpretation of devotion may be.

Critics of Islamists point to their willingness to die for their beliefs as evidence that they are nihilists. “al-Qaeda boasts that while we fear death, they embrace it,” and, “They don’t respect life, not even their own.” But this willingness to die for one’s beliefs was always the avowal of believers of all faiths throughout the ages, and for long was proudly asserted by leftist revolutionaries (Fidel Castro’s “Liberty or Death”), not to mention US revolutionary Patrick Henry. The fact that leftists, Christians, etc are much less likely to lay down their lives for their beliefs today, merely highlights that western belief systems no longer inspire people, who are happy to live compromised but comfortable lives.

As for terrorism, anti-capitalist, non-governmental “terrorism” has a long tradition, dating to at least the nineteenth-century anarchists, whose terrorism inspired latter-day groups such as Baader Meinhof (Germany), the Red Brigades (Italy) and Students for a Democratic Society (US) in the 1970s.

The most troubling parallel between al-Qaeda/ Salafi types and leftist purists such as Trotskyists (only the workers know what’s up) or Maoists (“It’s the peasants, stupid!”) is with respect to Palestine. Gaza’s prime minister, Ismael Haniyeh has gone more than half way to accommodate his al-Qaeda-type extremists, condemning the killing of Osama bin Laden by the US, calling him a “martyr” and an “Arab holy warrior.” (The US government condemned his remarks as “outrageous.”) This respect for their Islamic nemesis is not reciprocated by Salafis and in particular IS.

In fact, most of today’s Salafi jihadist movements have no interest in the Israeli-Palestinian conflict, regarding it as secondary. Instead, their call is to attack governments headed by Muslims (and their Muslim civilians). As reported by Ali Mamouri, one Salafi tweet states, “The Hamas government is apostate, and what it is doing does not constitute jihad, but rather a defence of democracy [which Salafists oppose].” Another says, “Khaled Meshaal [head of Hamas’s political bureau]: Hamas fights for the sake of freedom and independence. The Islamic State: it fights so that all religion can be for God.”

Egyptian Salafist sheikh Talaat Zahran condemns Hamas as equivalent to Shia, since they receive funding, arms and training from Iran and Hezbollah. Salafis see conflict with an allegedly illegitimate Hamas government as a first step toward confrontation with Israel. Salafists prefer to fight Hamas first and engage Israel later, justifying this by appealing to the struggle against apostasy under the first caliph Abu Bakr, and Salah al-Din’s assertion of Sunni Islam over the Shia’ Fatimids in the twelfth century prior to the liberation of Palestine. Some IS fighters even burned the Palestinian flag during the Israeli invasion of Gaza in July 2014, because they consider it a symbol of nationalism.

This makes any meeting of anti-imperialist minds impossible in the Muslim world. It means rejecting any strategic compromises with existing anti-imperialist movements. Only when the masses and their leaders are ideologically pure can the liberation of Muslim lands be pursued.

In the case of Trotskyists, they dismissed early on, the Soviet Union under Stalin as at best a “deformed workers’ state,” “state capitalism,” or at worst, a fascist state, no better than Nazi Germany. For them, it was more important to fight apostates (Stalin’s terror also destroyed countless sincere communists in the name of purity). This meant that they soon became irrelevant, a gadfly buzzing around the body politic, disrupting serious leftist politicking.

In league with the enemy

By the 1950s, not a few Trotskyists threw in the towel and reinvented themselves as anti-communist hardliners, the precursors of the neocons today. The Chinese Maoists are the world’s best capitalists - complete with extreme income disparities - and haven’t skipped a beat.

The parallel with the Salafis here is creepy: the Salafi Saudis are the Trotskyist-turned-neocons, the bulwark of empire. Their followers in Egypt helped undermine the Muslim Brotherhood, supporting the 2013 coup, no doubt under instructions from Riyadh. But their unforgivable actions fit their beliefs like a glove. Their lack of fervor for the Palestinian struggle - along with their more militant IS rivals - puts them in a direct league with US-Israel against the Palestinians.

Can there still be any doubt who is working with Israel and the US to subvert the Palestinian cause? How is it possible for Salafists to join ranks with Israel and the US against Hamas, against Egypt’s Muslim Brotherhood, to stifle the yearning of the Muslim Arab world to give genuine Islamists a chance to govern?

The Salafis and their al-Qaeda fanatical brothers are inspired, not by the intent of the Quran, but by a thoughtless reaction against all modernity, while at the same time using modernity’s technological advances in the field of killing and modernity’s strategy of terrorising civilians, the bedrock of twentieth century totalitarian rule.

Just as the quixotic communists were the logical heirs to the imperialist order in the twentieth century, the Bin Ladins are the dying gasp of the imperialist order today, sharing the stage with their American and Saudi/ Salafi nemeses. The al-Qaeda types took Qutb’s 1960s Trotskyist-like revolutionary strategy to a fatal extreme, and have compromised more thoughtful efforts at Islamic renewal. Just as no one talks about “Catholic terrorism” in reference to the IRA, it would be more accurate to call the terrorism emanating from the Muslim world “Qutbian terrorism,” and the suicide bombers as Islamo-anarchists, followers of “a western tradition of individual and pessimistic revolt for an elusive ideal world” according to Olivier Roy, rather than imbued with the true Quranic concept of martyrdom.

And while Salafists/Saudis piously distance themselves from this terrorism, they are cut from the same cloth as their more radical Salafi offshoots. They all live in an ultra-purist world, reminiscent of what on the secular front Lenin once called ultra-leftism - ”an infantile disease.” The violent twentieth century secular movements petered out or joined the enemy, and unless IS can move quickly to recognise the Palestinian struggle as the first order of business, moderate its social policies and evolve towards a functioning social order, it will die out too, though after much pointless trauma.

- Eric Walberg is a journalist specialising in the Middle East, Central Asia and Russia. An economics expert he has written widely on East-West relations since the 1980s. Eric has previously worked as a UN advisor and currently writes for PressTV and Al Ahram. He is the author of Postmodern Imperialism: Geopolitics and the Great Games and From Postmodernism to Postsecularism: Re-emerging Islamic Civilization.
This views expressed in this article belong to the author and do not necessarily reflect the editorial policy of Middle East Eye.
Photo: An alleged member of the Islamic State (AFP)