Rewriting Palestinian history: The Crusaders' war against reality in Bethlehem

Joey Ayoub
Why is it so easy to erase indigenous populations’ voices when they do not fit the narrative one wishes to push? 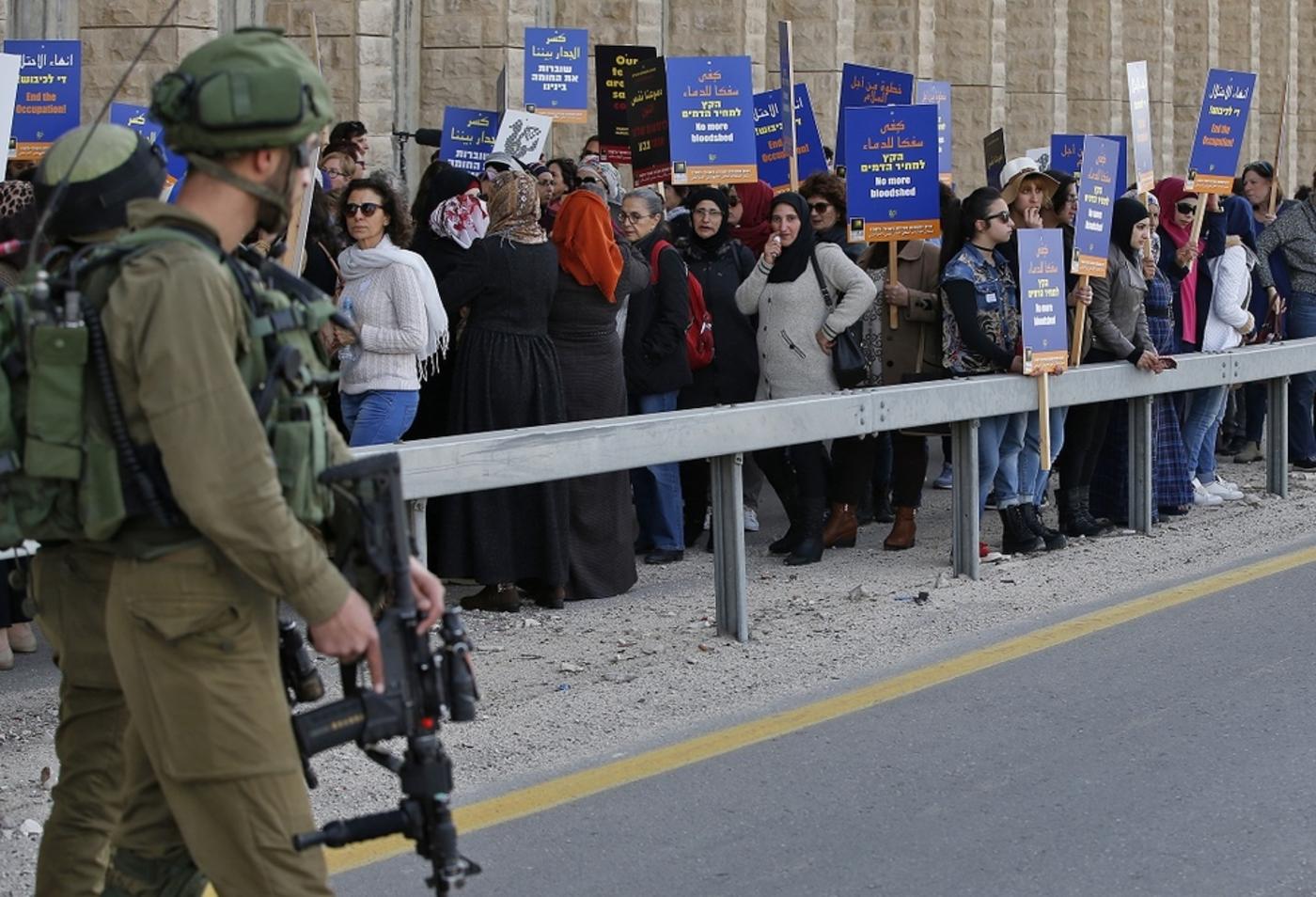 When a 20-second long video by Canadian blogger and self-appointed “crusader” Faith Goldy from The Rebel TV went viral on Twitter it prompted many responses, notably by Palestinian Christians.

The video shows Goldy standing near a mosque in Occupied Bethlehem, ranting about how the Muslim call to prayer can be heard in the city, and ending it with the crusaders’ battle cry “deus vult”, Latin for “God Wills.”

As is often the case, what is not said can be just as interesting, if not more so, than what is. Goldy ignores the fact that Bethlehem’s mayor, Vera Baboun, elected in 2012, is a Palestinian Christian Catholic.

She also ignores the fact that Baboun herself cited Israel’s Apartheid Wall as a major obstacle to trade and development, saying: “We are a strangulated city, with no room for expansion due to the settlements and the wall." When she took office, the biblical city which is highly dependent on tourism had an unemployment rate of 18 percent.

In fact, Bethlehemites have been at the forefront of the struggle against Israeli apartheid in Palestine, using the fame of their city to bring international attention to the occupation.

Their Jesus is a white military general leading a conquering army, not the Jesus of Bethlehem

In 2005, the popular campaign “Open Bethlehem” was launched as a response to the then newly built Apartheid Wall. It explains how the Israeli wall has been strangling the life out of Bethlehemites: “We feel we must inform the international community of the real threat to the Christian population in Palestine - the military occupation of our land, and the crippling poverty that this has caused,” adding that: “Israeli policy has left Bethlehem in a state of captivity and economic strangulation, from which those with the means to do so, would understandably flee.”

Her use of the battle cry “deus vult” in an era of rising xenophobic nativism in the West answers these questions. Their Jesus is a white military general leading a conquering army, not the Jesus of Bethlehem.

An even more disturbing video shows Goldy in the Israeli village of Sderot at the border of what she called “jihadi-controlled Gaza.”

Those with a functioning conscience might instead describe Gaza as an open-air prison given that Israel’s “military blockade of the Gaza Strip entered its 10th year, continuing the collective punishment of Gaza’s entire population”.

Goldy speaks of the bomb shelters in Sderot and the difficulties of life so close to the Gazan border.

While in no way do I wish to deny that Israelis living in Sderot, particularly children, do suffer from the consequences of the politics of the occupying power, Israel, there is something extraordinarily cruel in not emphasising that Israelis, at least, have bomb shelters.

Gazans, unlike the inhabitants of Sderot, did not have the luxury of opening a “Sderot Cinema” where young Israelis ate popcorn and cheered on as their air force dropped bombs on the blockaded population in 2014.

Instead, at least 2,251 Palestinian were killed, of whom at least 1,462 were civilians, and over 11,200 injured in just 50 days in what was Israel’s third military offensive in less than six years. Israel targeted civilian infrastructure, displacing up to 500,000 people, destroying 20 schools, kindergartens and colleges, destroying or damaging 117 hospitals, clinics and pharmacies and destroying 19,000 homes, meaning about 380 homes per day.

In contrast, six Israeli civilians were killed by mortars or rockets fired from Gaza. There is no comparison.

Goldy then quotes the mayor of Sderot saying that “Gazans are not my problem” because “we are surrounded by Arab countries,” followed by, “why don’t the Saudis help them out? Why doesn’t Iran help them out?”

She also asked: “How many refugees are hanging out in Jordan and Egypt and Lebanon? Why are they all coming to Europe?”

Putting aside the fact that she did not know that Iran is not an Arab country, or that the overwhelming majority of Syrian refugees (more than 4.8 million) are in the neighbouring countries of Turkey, Lebanon, Jordan, Iraq and Egypt - in contrast with her own country of Canada which has taken in and resettled little over 40,000 - the obvious insinuation here is that Arabs should take care of Arabs and Jews should take care of Jews.

It does not matter that the only two countries controlling all access in and out of the Gaza strip are Israel itself and its Arab ally Egypt.

It does not matter that the very existence of the categories “Jew” and “Arab” as being mutually exclusive identities is a recent phenomenon in the history of what we now call the Middle East, erasing in the process Arab Jews or Arabic-speaking Jews whose identities did not necessarily fit this imposed binary - what Ella Shohat called "dislocated identities".

It also does not matter that 1.3 of the 1.9 million Gazans are refugees or descendants of refugees from the lands that are now part of Israel. After all, Sderot was founded in 1951. What happened just three years prior, in 1948?

The sight of a privileged ignorant western blogger with freedom of movement using her privileges to demonise and/or erase those without it is no rare occurrence. In an article entitled “Western journalists build careers in Palestine - and then leave us in the dust”, Palestinian-American writer and activist Mariam Barghouti noted how: “in Palestine, our voices are often heard only when we are suffering or in violent uproar,” raising the issue of representation, or lack thereof.

Indeed, while many will dismiss Goldy as an irrational, attention-seeking, fundamentalist motivated by a cynical worldview and an obsessive need for conflict, it is worth asking why it is so easy to erase indigenous populations’ voices when they do not fit the narrative one wishes to push in the first place.

Image: Israeli soldiers walk past lines of Israeli and Palestinian members of the "Parents Circle Families Forum", an organisation made up of more than 600 families who have seen a family member die in the conflict, as they march in a demonstration on a road close to the West Bank village of al-Khader near the biblical town of Bethlehem, on 10 March 2017. (AFP)