Madawi al-Rasheed
As the Saudi crown prince shifts the historical narrative towards glorifying a narrow Al-Saud base for legitimacy, he will face reactions from the various regions that constitute the kingdom 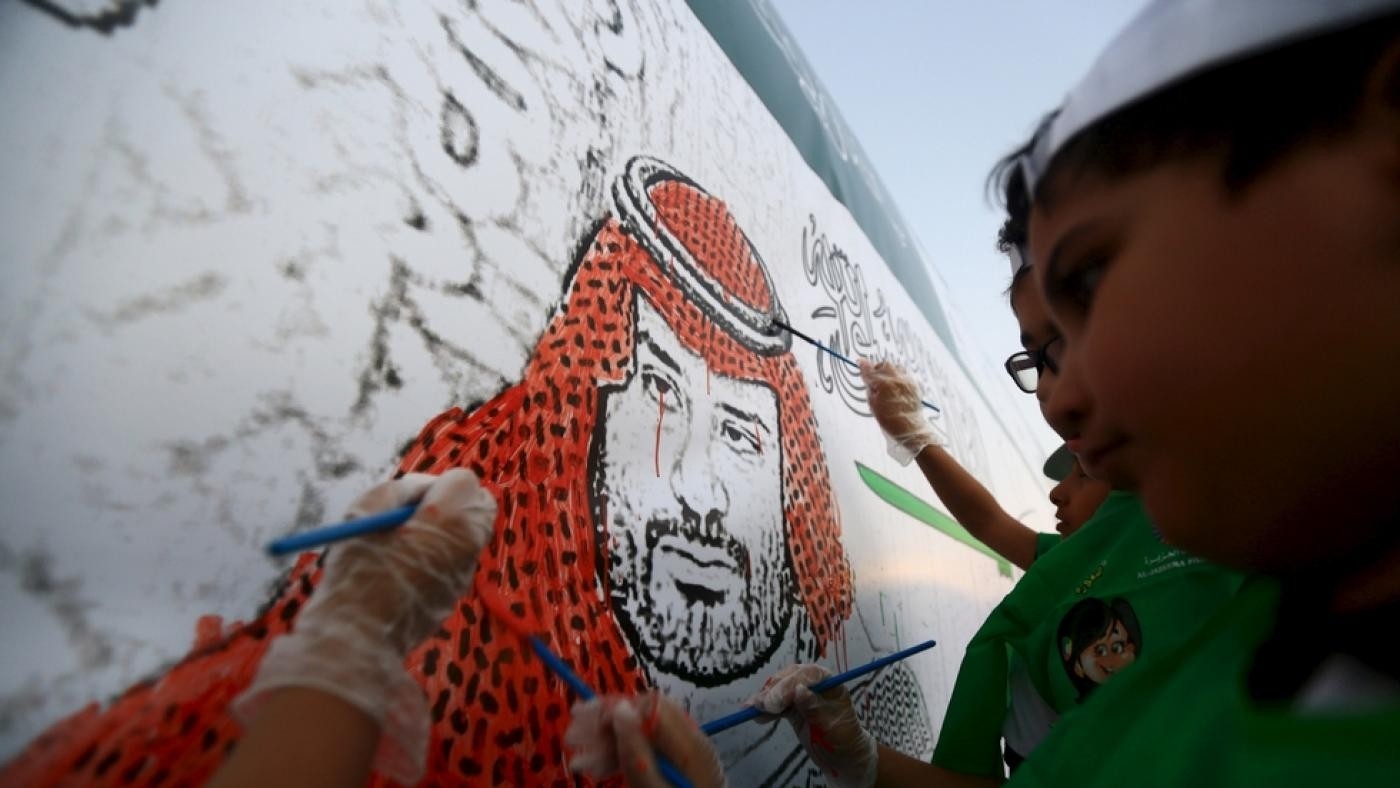 Saudi Arabia seems to be in a state of flux, constantly reinventing its past.

Earlier this week, Crown Prince Mohammed bin Salman suddenly announced a new Foundation Day and designated the arbitrary date of 22/2/2022 to celebrate it for the first time.

The rationale behind this new addition to the calendar is the claim that Saudi Arabia was founded in 1727, the year bin Salman’s ancestor, Mohammed bin Saud, became the emir of Diriyah, a small and insignificant central Arabian town at the time. The year 1727 is chosen as a national public holiday to mark the rise of the Al-Saud dynasty in Najd.

The old National Day on 23 September, marking the creation of the kingdom in 1932, is now of secondary importance as it only refers to the 90-year-old modern state. The new Foundation Day aims to mark the longevity of the Al-Saud dynasty.

Up until 22 February this year, Saudi Arabia’s official historical narrative usually starts with 1744, the date that the emir of Diriyah, Mohammed bin Saud, struck an alliance with Muhammad bin Abd al-Wahhab, the famous Wahhabi preacher, to purify Arabia from blasphemy.

The emir and the preacher pledged to support each other, the first providing an army of converts to spread the call, while the second promised wealth and abundance amassed from imposing Zakat (Islamic tax) on the conquered territories, after the wars they both launched to dominate Arabia. This marked the beginning of the so-called first Saudi state.

This first state was destroyed in 1818 under the pressure of then Egypt's ruler Muhammad Ali and his son Ibrahim Pasha, who invaded Arabia to rid it of the menace of the Saudi-Wahhabi forces. As these forces approached Mecca, they disrupted the pilgrimage season, attacked caravans, and undermined Ottoman authority in the vital region of the Hijaz. Ideological history is written in the present and as such it reflects current political contexts, anxiety and challenges. Now the crown prince wants us to forget the old history and remember only the glory of his own ancestors in Diriyah. The new history takes away from the Wahhabis their past contribution to the consolidation of Al-Saud power. But it is fair to say that without the Wahhabis, the Al-Saud would have sunk into historical oblivion.

The rise and fall of central authority in Arabia was endemic, and without the power of religion and the zeal of the Wahhabis, the Al-Saud would not have succeeded in dominating Arabia. The last attempt in the early 20th century resulted in the creation of the modern state with a new capital, Riyadh.

Banishing the Wahhabis from the new Saudi historical narrative is a deliberate attempt to sideline the religion of the state and marginalise the contribution of its preachers to the project. Mohammed bin Salman decided that they are irrelevant.

The current re-invention of history reflects a crisis of legitimacy in Saudi Arabia. Mohammad bin Salman wants a break from the shackles of the past that had plagued the reputation of the country and contributed to its negative image as a radical Islamic state. He wants his own ancestors to claim the credit and the glory for the creation of the state.

In his vision, the Wahhabis are a mere nuisance, a relic from the past, and a reminder of a dark period that he wants us all to forget. Saudis are now invited to engage in historical amnesia and remember only the Al-Saud. Their loyalty is to the dynasty, not its early preacher and his current followers.

Dropping the Wahhabis and their pact with the Al-Saud is the ultimate Machiavellian triumph of the latter over the ideologues who had empowered their dynasty.

Consequently, the new Saudi generation should embrace the Al-Saud as the focal point around which dynastic Saudi nationalism revolves. It is anchored in the old capital, Diriyah, and celebrated with new songs, dances, and emblems. Pure naked power rather than the old power infused with religion should dominate the historical imagination.

However, rewriting history comes with tension and challenges. As Mohammad bin Salman shifts the historical narrative towards glorifying a narrow Al-Saud base for legitimacy, he will face reactions from the various regions that constitute Saudi Arabia.

Centralised top-down nationalism is bound to create a feeling of exclusion, not only from the Wahhabis, but also the other contributors to the Saudi state project. With only the Al-Saud role in the foundation story, regional nationalism could erupt to claim a slice of the glory as people want to reinsert themselves in the history of the state.

Throughout history we have seen how religion can lend support to central authority in times of crisis, for example, Russian President Vladimir Putin is currently enlisting the Russian Orthodox Church in the war in Ukraine.

One day Mohammad bin Salman might need the Wahhabis as his ancestors did. He may struggle to draw on their support after humiliating them, selectively detaining many amongst them, and now throwing them out of history. Other regional groups might hesitate to rush to his rescue as they have no stake in a realm that doesn’t even recognise them as national pillars in the foundation of the state. Can Saudi Arabia survive without the House of Saud?
Read More »

The Al-Saud will eventually be isolated in the face of alternative visions of the past that may erupt in their face. Marginalised regions, banished preachers, and other forces that contributed to the creation of the state will no doubt write their own narrative on the basis of which new separatist movements can easily emerge to seek representation or even disengagement from a centre that doesn’t even recognise them.

In his quest to celebrate the longevity of the Al-Saud dynasty - now fixed as having started in 1727 - Mohammed bin Salman has exposed his entrenched anxiety. He probably thinks that a long reign means forever.

But we learn from history that legitimacy rather than longevity is what really matters. The Roman Empire lasted for around 500 years, the Ottoman 600 years, and the British 400 years. What ushered their demise is loss of legitimacy under the pressure of new historical consciousness.

Mohammed bin Salman may have accelerated this loss as he randomly selected an arbitrary date to mark the rise of the house of Saud to power as the singular mighty force to the exclusion of others. Media
Saudi Arabia as the Arab media capital? What a joke
Madawi al-Rasheed