The Saudi leadership and Donald Trump? Two sides of the same coin 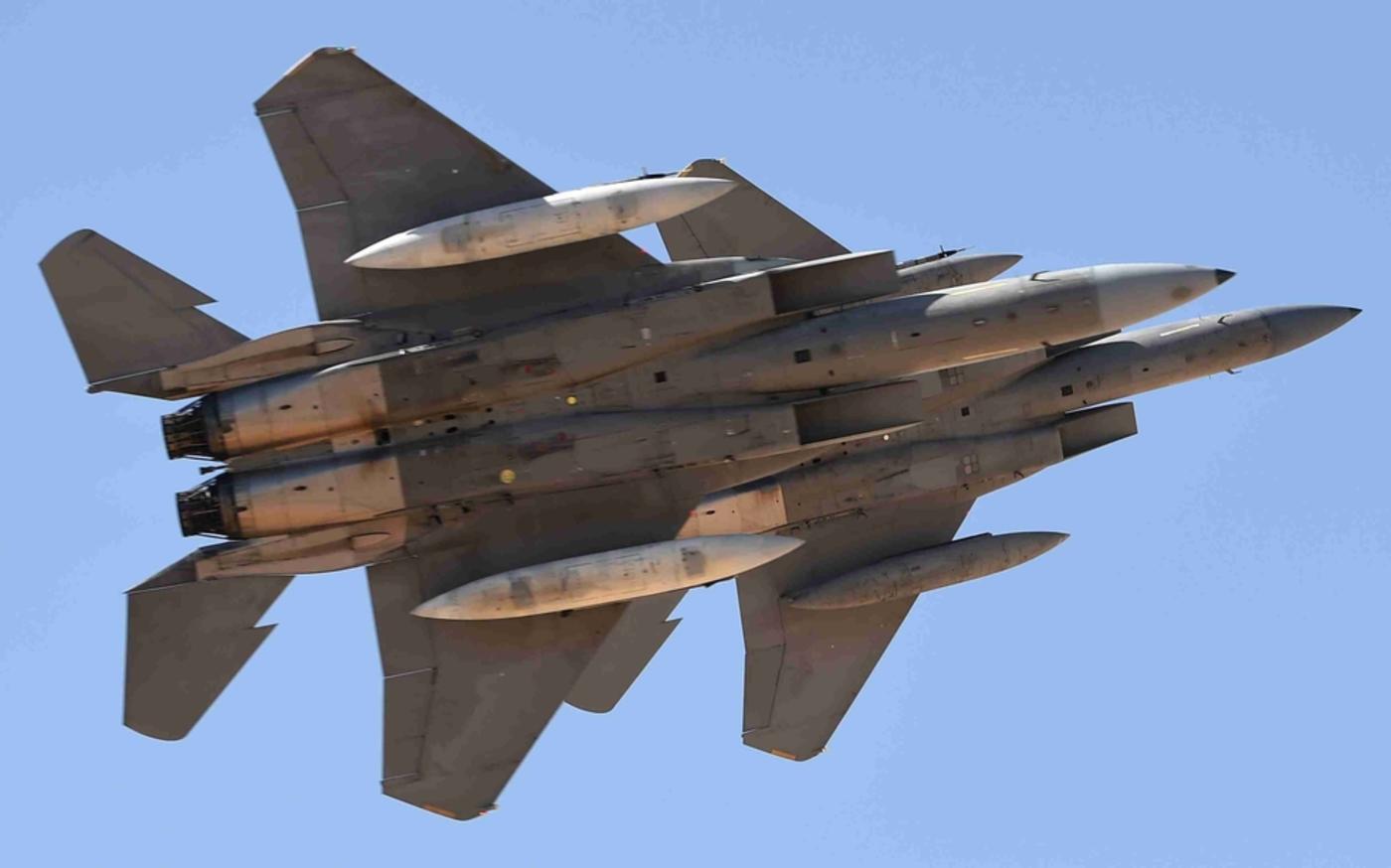 Donald Trump’s first overseas tour starts this week in Riyadh, followed by Israel and the Vatican. This is not an inter-faith pilgrimage to three holy sites, although he and his advisors may think that it is. In Riyadh, the US president has promised many things - but redemption and salvation may not be easy to come by.

On 4 May, Trump announced that when in Riyadh he will begin to construct a new foundation of cooperation and support with “our Muslim allies to combat extremism, terrorism and violence”.

Trump is not a prophet, although he may like to think of himself as one

During a briefing at the White House, HR McMaster, his national security advisor, announced: “What President Trump is seeking is to unite people of all faiths around a common vision of peace, progress and prosperity. He will bring a message of tolerance and of hope to billions, including to millions of Americans who profess these faiths.”

Trump is not a prophet, although he may like to think of himself as one. Riyadh is not Mecca. The majority of Muslims do not recognise Jerusalem as the capital of Israel. During his election campaign, Trump mentioned that Jerusalem should be the Israeli capital. Despite these early ramblings, Riyadh has already promised Trump great booty.

Team Trump: Islam is an ideology

First, the Saudis will summon for him around 50 leaders from the Muslim world for a sort of off-shore American-Arab-Muslim summit.

Trump will deliver a speech to these leaders, among them Turkey’s Recep Tayyip Erdogan, King Mohammad VI of Morocco and Nawaz Sharif of Pakistan. He will use the opportunity to endear himself to those present after several months of antagonising their constituencies with his anti-Muslim rhetoric, propagated by his aides and advisors during the election campaign.

Most of those advisors think of Islam as an ideology rather than a religion. Trump’s defeated executive order to ban Muslims from seven Muslim-majority countries from entering the US did little to change his image as someone who is not, to say the least, welcoming to Muslims.

But many Muslim leaders, including the Saudis, were not so offended. They will welcome him, and applaud after he delivers his “inspiring” speech on Muslim tolerance and extremism.

He will stand as a US false prophet teaching Muslims that their religion is about peace and tolerance, just in case they didn’t know or, even worse, they knew but had forgotten the message.

For this specific mission, Trump has chosen the Saudi regime - historically associated with the most radical interpretations of Islam - to play an important public relations role, improving his image and endearing him to reluctant and suspicious Muslims.

But in the grand scheme of things, Trump can live with a bad reputation among people whom he does not respect nor value as important allies or even acceptable members of the international community. He’d rather not have them on his doorstep in the US.

Trump only recognises regimes who can pay for a wide range of US services, military, economic and otherwise. He believes in their pockets rather than their faith

The president’s general xenophobia and “America first” rhetoric attest to a dangerous hyper-nationalism that is nativist, primordial and ethnic; a real departure from the civic nationalism upon which the US has been built.

Trump only recognises regimes who can pay for a wide range of US services, military, economic and otherwise. He believes in their pockets rather than their faith.

And the Saudi leadership is willing to boost his image and be endeared by him – and pay for the honour of doing so.

The Saudis still hope that Trump will support their bid to be crowned as the leaders of the Muslim umma, now defined as purely and exclusively Sunni, with other unorthodox and heterodox groups excluded forever. Saudi leadership of the Sunni world seems to be strictly dependent on the US and Trump’s endorsement.

A call to arms

Second, Trump has promised that billions in Saudi booty will be invested in the US, especially among his American supporters, who have succumbed to his passionate rhetoric about how to make America great again.

Saudi Deputy Crown Prince Mohammed bin Salman, the erratic young son of the king, made financial pledges when he visited Washington in April, promising to invest more than $40bn in the US economy to generate urgently needed jobs, allowing Trump to reward those deprived regions which voted for him.

Trump shouldn’t be too hopeful, as the young prince has made domestic decisions, for example freezing public sector employment and cutting bonuses as part of his new austerity measures, but less than six months later he changed his mind and abolished these measures.

Rather it’s the shareholders in the arms industry who are more likely to benefit from such promises, including BAE Systems with its 29,500 employees in the US.

There is an argument that continuing to sell weapons of mass destruction to Saudi Arabia protects jobs in both the US and the UK. But this is flawed reasoning, for globally, BAE Systems only has around 83,000 employees.

It is more accurate to say that this small number of employees creates colossal profits for both shareholders and governments, making it a lucrative industry defended by the Western establishment.

Trump has promised that a substantial Saudi booty will be invested in the US, especially among his American supporters

Barack Obama sold weapons worth $115bn to the Saudis during his eight years in office - a record sale by a US president. But now Trump wants to augment those sales and training contracts.

For this, Salman can rely on his new ambassador, Prince Khaled bin Salman, his newly appointed younger brother, in Washington. Both princes will ensure that the US arms industry remains a profitable business. Both princes will honour the Saudi pledge of investing in the US economy, despite shortfalls in their own foreign reserve assets, which continue to decline since oil prices collapsed in 2014.

The meeting of minds

Aside from the tangible outcomes of the Riyadh tour, what else can those rulers and autocrats, summoned from across the Muslim world, offer an elected authoritarian ruler like Trump?

With the exception of a few, many of those leaders assembled in Riyadh preside over undemocratic and unrepresentative governments in countries where extremism and terrorism have become rife.

Ironically, it is the Saudi regime, now given the onerous task of reforming Muslims, who have gone astray

From Riyadh to Kuala Lumpur, Trump will find leaders willing to buy his rhetoric about Islam and its role in producing lethal global jihadist movements.

Trump and many Muslim leaders share an interpretation of extremism and terrorism that blames Islam and those Muslims allegedly ignorant of their own tradition.

In their misguided views, terrorism is a problem of Muslims and of Islam. Ironically, it is the Saudi regime, now given the onerous task of reforming Muslims, who have gone astray.

This is a good trick to divert attention from more embarrassing realities. Repression, extrajudicial killings, disappearances, poverty, corruption, torture and many other factors prevalent in dictatorships across the Muslim world are simply ignored.

Trump, his Saudi hosts and guests in Riyadh will avoid talking about such unpleasant issues, which implicate the leaders present at the summit and their patrons, among whom is the US

Nobody in the US, Trump or his audience, will admit that they had anything to do with the current wave of terrorism.

Trump will find good confidantes among those assembled Muslim leaders, willing to do his, and their own, dirty work without questioning, accountability or transparency

Certainly nobody among those Muslim leaders will be willing to remind Trump that the US bombing of several Muslim countries – among them Somalia, Sudan, Syria, Yemen, Iraq, Pakistan and Afghanistan – during the past two decades is worth mentioning.

Trump will find good confidantes among those assembled Muslim leaders, willing to do his, and their own, dirty work without questioning, accountability or transparency. He will empower them with the latest technology to repress their own people while at the same time improving his own cash flows.

The Saudi leadership and Trump are two sides of the same coin. Both are preoccupied with their own survival at all costs and entangled with narratives about extremism that absolve them from any responsibility.

And they share this concern with those Muslim leaders who will descend on Riyadh later this week, all eager to meet the flamboyant Donald Trump.

- Madawi Al-Rasheed is visiting professor at the Middle East Centre at LSE. She has written extensively about the Arabian Peninsula, Arab migration, globalisation, gender, and transnational Islamist movements. On Twitter: @MadawiDr