Shiite militias as much a threat as Islamic State

Sharif Nashashibi
The international community has not just turned a blind eye, but has exacerbated the problem by supporting Baghdad without assurances that it would rein in the militias 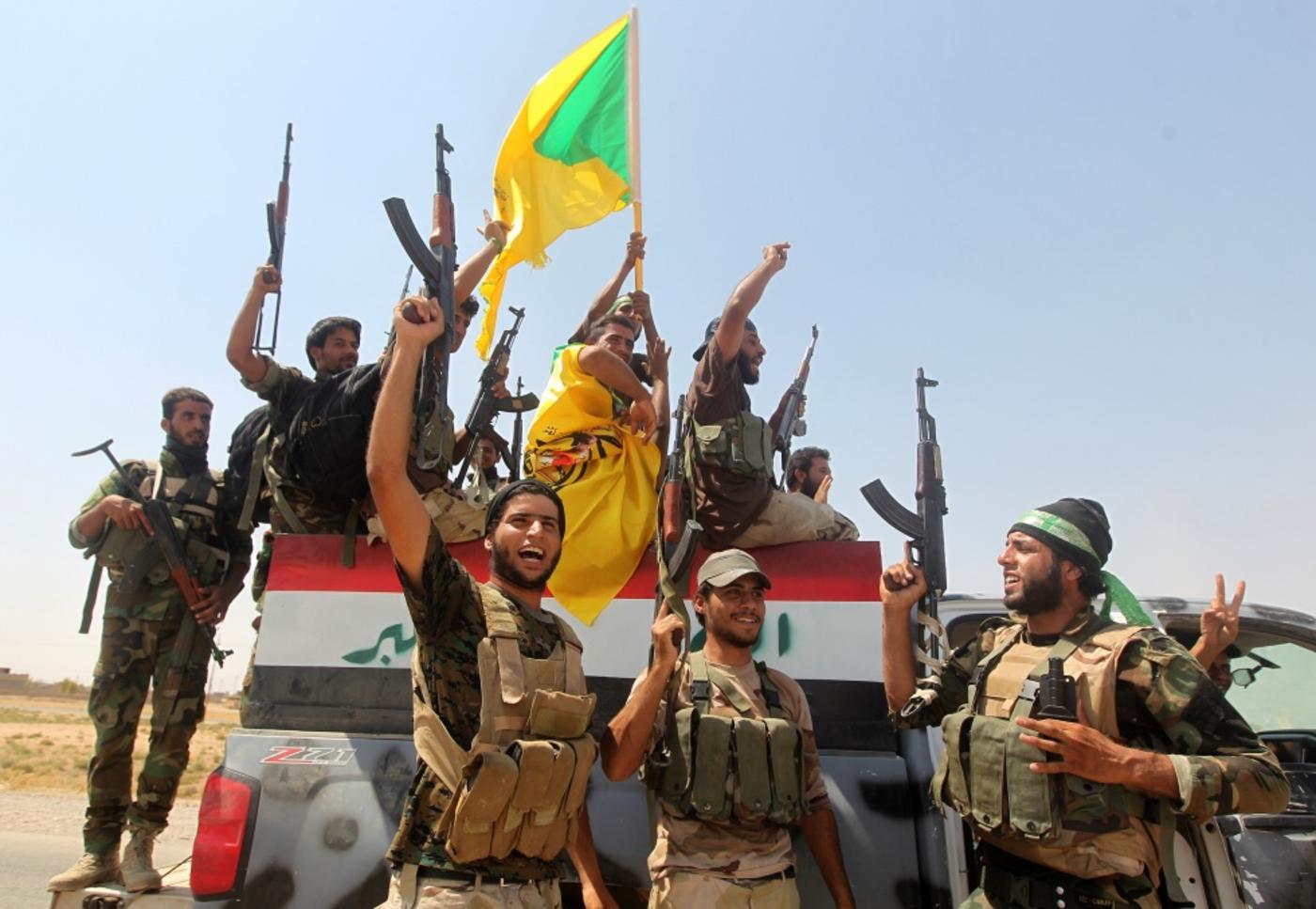 While the international community is focused on the barbarity of the Islamic State, equally heinous acts committed by pro-Baghdad Shiite militias in Iraq are receiving scant attention or condemnation.

The "increasingly powerful" militias "have abducted and killed scores of Sunni civilians in recent months and enjoy total impunity for these war crimes," Amnesty International said in a report published in October. The militias "are ruthlessly targeting Sunni civilians on a sectarian basis," committing "war crimes and other gross human rights abuses."

This was not a revelation. Prior to the Amnesty report, Al-Jazeera English highlighted such atrocities with accounts from eyewitnesses, including Kurdish fighters also battling IS, who said the militias were often Iranian-led.

In July, Human Rights Watch (HRW) documented militia "killings and abductions" that "mark a serious escalation in sectarian violence." In another report that same month, HRW documented "mass extrajudicial killings" that "may be evidence of war crimes or crimes against humanity." Christians are reportedly also being targeted.

In what seems an implicit acknowledgement of such atrocities, Iraq's leading Shiite cleric Ali al-Sistani on Friday urged those fighting IS to "protect the lives of the innocent citizens and protect their property... whatever confession they may belong to. Beware that you touch anything that belongs to them or hurt any of them - that is haram (forbidden by Islam)."

Calls by Amnesty and HRW for the Iraqi government to rein in the militias - whose members number in the tens of thousands - are perfectly justified. However, given Baghdad's arming of, support for and reliance on these militias - something amply stated by both human rights organisations - it is highly unlikely to do so. The government does not even acknowledge the problem - the Interior Ministry has denied any pattern of sectarian killings.

As such, "the Iraqi authorities have effectively granted them free reign to go on the rampage against Sunnis," and are "sanctioning war crimes and fuelling a dangerous cycle of sectarian violence that is tearing the country apart," said Amnesty. HRW added: "The government seems to think that if people blame militias for killings, it can wash its hands of the matter."

The international community has not just turned a blind eye, but has exacerbated the problem by supporting Baghdad without assurances that it would rein in the militias. If governments are arming the Iraqi military, which is arming the militias, then it is likely that weapons meant for the army are being transferred to the militias.

The coalition campaign against IS was largely dependent on the Iraqi government being more inclusive than it was under former Prime Minister, Nouri al-Maliki. This stipulation was explicitly stated by US President, Barack Obama, whose country is leading the coalition. Using and supporting sectarian militias, which was taking place long before IS's lightning gains in Iraq this summer, are the antithesis of inclusivity.

This may cause serious cracks in the coalition if Sunni-majority Middle Eastern members start questioning their participation in a campaign that is propping up the Iraqi government under these circumstances, strengthening militias' power and Iran's influence, and further jeopardising the increasingly tenuous position of Iraq's Sunni Arabs.

There has been no change under Maliki's successor, Haider al-Abadi, despite the latter's promises. Just days after the Amnesty report, Mohammed Ghabban was appointed interior minister, despite vehement Sunni opposition. Ghabban, now in charge of security and police, is a member of the Badr Organisation, which fields one of the largest Shiite militias (the recently appointed human rights minister is also a Badr affiliate.)

"There is little doubt that Hadi al-Amiri, head of the party and its military wing, will wield the real power" in the interior ministry, wrote Washington Post correspondent, Loveday Morris. According to a leaked 2009 State Department cable, Amiri may have personally ordered attacks on up to 2,000 Sunnis.

"Ghabban's appointment cements the Shiite militia leader's - and Iran's - influence over the country's security forces," added Morris. Absurdly, the State Department welcomed the appointment, among others, as part of the formation of an "inclusive" cabinet.

The hollowness of Abadi's rhetoric was on display at a meeting he had last week with Sunni tribal leaders. "When they left, they said the government still hadn't understood their grievances," Reuters reported.

Even if Baghdad mustered the will to rein in Shiite militias, it has become so reliant on them that they would be too powerful an enemy to make, particularly in the context of the government's tense relations with the Kurds and Sunni Arabs, and its war against IS.

"Few" militia leaders "say they plan to give up their arms or their political influence" even if IS is defeated, wrote Matt Bradley, the Wall Street Journal's Middle East correspondent. As such, it is not inconceivable that Iraq could end up like Libya, ruled by a myriad of militias with little - if any - central authority.

It seems the government has unleashed a monster, if not created one. This is hardly surprising, given its own terrible human rights record, which has fuelled Sunni anger and swelled IS ranks. The number of documented abuses this year alone are too many to list, yet governments have increased military aid. It seems atrocities committed by militias or the authorities are somehow less objectionable than those by jihadists.

The various parties involved in the fight against IS do not seem to see the obvious: that the actions of Baghdad and the militias, and those supporting them, are playing into jihadist hands.

They are discouraging Iraqi Sunni tribes (who were pivotal in defeating al-Qaeda years earlier) from fighting IS, and allowing the group to portray itself as a defender of Sunnis and a resistor of Shiite aggression. These tribes are already wary of sticking their necks out again, given that promises of integration and opportunities for their community, made to them by Baghdad for rising up against al-Qaeda, were not fulfilled.

Indeed, the US has acknowledged that the coalition campaign has done nothing to slow the pace of IS recruitment. In addition, Iraqi Sunni tribes that have risen up against the group say they are not receiving the necessary support from the government or the coalition. This has allowed IS to take deadly revenge, including massacres. In the past few days alone, it has executed more than 300 members of a single tribe.

Sunni victims of Shiite militias are, in a sense, in a more difficult position than Shiite and Kurdish victims of IS. Shiites and Kurds have their own heartlands that they can rely on, but these communities are suspicious of Sunni Arabs, who also fear fleeing to territories controlled by IS because it is persecuting Sunnis as well as other communities. As such, Sunnis feel that they have nowhere to go where they will be welcomed.

There must be concerted international pressure on both Baghdad and Tehran to rein in the militias, which pose as much a threat to the viability, territorial integrity and social fabric of Iraq as IS. The question is whether this realisation will come too late.

Photo: Iraqi Shiite militia fighters raise up their weapons as they celebrate pushing back Islamic State (IS) militants on 3 September on the road between Amerli and Tikrit in Iraq (AFP)