Sinai's mosque attack: Why the Egyptian regime failed to prevent this predictable atrocity 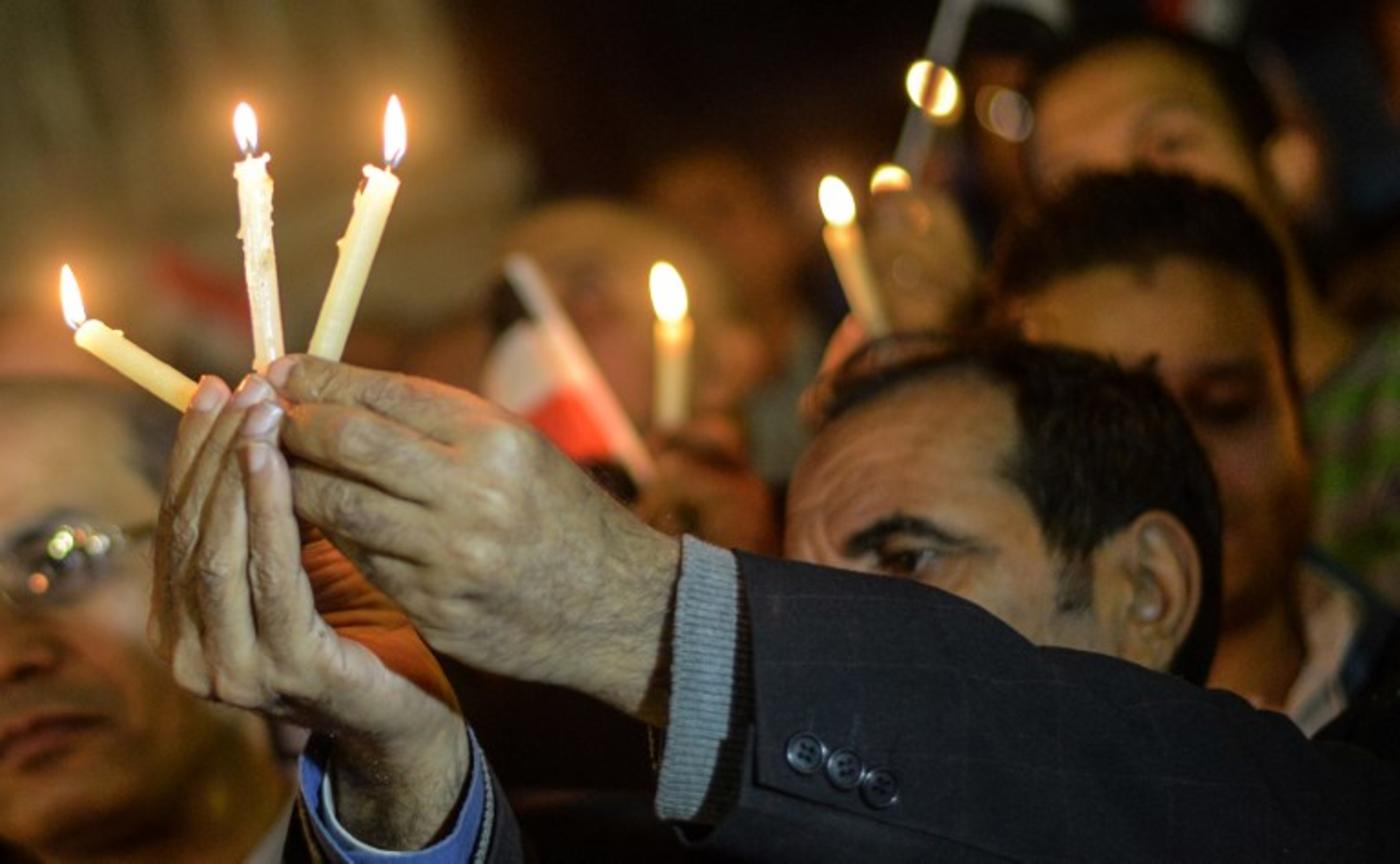 The attack on al-Rawda mosque on 24 November was by far Egypt's worst terrorist massacre in its modern history. The death-toll exceeded 300 victims, well-over the 224 victims resulting from the bombing of the Russian Metrojet flight on 31 October 2015.

Back then, this was Egypt’s deadliest attack. Both attacks, and with them the rise of Egypt's strongest insurgency, happened under a military-dominated regime whose main raisons d'être were security and counterterrorism.

Despite that, Egypt has been suffering from an enduring, mid-level insurgency in its northeast and two low-level insurgencies in the western desert and the Nile Valley. Currently, these insurgencies feature five active armed organisations. This doesn't include dormant and decapitated ones as well as small cells scattered across the country.

The quality and the quantity of the attacks are unprecedented in Egypt’s history. The insurgents have used combinations of conventional military, guerilla warfare, and urban terrorism tactics in a sustained (but not intense) manner, across a wide geographical scope.

The arsenal ranged from a combination of medium (120 mm) and light (60 mm) mortar artillery, guided and unguided surface-to-surface missiles, guided surface-to-air missiles, anti-aircraft autocannons, and heavy machine guns to sniping, automatic rifles, handguns and various types and levels of IEDs. In terms of quantity, the semi-official Ahram Centre for Political and Strategic Studies recorded 1,165 armed operations between 2014 and 2016.

This translates into an operation per day for three continuous years. The author's database on Sinai Province (SP) alone recorded over 800 attacks between 2014 and 2016, and over 300 attacks perpetrated in the first nine months of 2017.

Internationally, the attack is much more lethal than other attacks on mosques

The lethality of the attacks is probably the worst bit of the recorded data. Under the current regime, the two worst terrorist attacks in Egypt’s modern history were perpetrated: the Russian Metrojet bombing (224 victims) and al-Rawda Mosque attack (at least 305 victims).

Internationally, the attack is much more lethal than other attacks on mosques, such as in Baghdad in January 2017 (52 victims), Kabul in June 2017 (150 victims), and Northeastern Nigeria  in November 2017 (50 victims). It is the second deadliest terrorist attack of 2017 to date, after the Mogadishu bombing last October (358 victims). About 25 to 30 gunmen attacked the al-Rawda Mosque during Friday prayers. The mosque is located in the relatively less-restive northwestern Sinai, near the town of Bir al-Abed. It is one of only four known mosques associated with Sufi orders in north Sinai governorate. It is usually attended and serviced by members of the Al Jarir clan of the Al-Sawarka tribe.

The latter is the largest in northern Sinai (with some of the SP commanders and fighters hailing from it). The attack shows a significant change of Sinai Province’s target selection. It is the first time that SP targets Sufis indiscriminately. Before November 2017, the indiscriminate attacks were limited to three targets: the army and security forces, the Coptic Christian community, and Israel.

Those victims were individually selected. In the overwhelming majority of the cases, SP avoided their families and their clans.

But that change of target-selection shows a major security blunder. Just like the case with the Sinai Coptic community, Sinai Province has been threatening and even declaring that Sufi leaders, mosques, and shrines are on its hit-lists since mid-2016.

In January 2017, Rumiyah magazine of the so-called “Islamic State” Organisation (IS) published an interview with the commander of moral policing in Sinai Province.

The latter specifically named al-Rawda mosque/lodge and Al-Jarir clan as deviants, and as a result possible targets. In March 2017, Sinai Province published a propaganda video propagating the Wahhabi dogma and entitled “The Light of the Sharia.”

The expectation was that these mosques would be protected by the security forces or the army. This never happened

It showed that SP militants warned Sufism adherents, kidnapped dozens of them, requested their "repentance", beheaded two well-known Sinai Sufi sheikhs and made it very clear that Sufis are a target.

Given that the Rumiyah interview named three of the very few Sufi mosques/centres in northern Sinai and the northern Canal region (al-Rawda, al-Arab and Sa‘ud), and literally declared that "the Islamic State will eradicate them", the expectation was that these mosques/centres would be protected by the security forces or the army.

This never happened. And if it did, it probably wouldn’t have prevented the attack due to the man- and firepower employed, the determination of the attackers and lack thereof in the soldiers. But it would have certainly reduced the horrific number of casualties.

That same pattern of warnings, then threats, then attacks a year later happened with the Coptic Christian community in northern Sinai.

There are only five churches in the whole of the governorate. But the regime not only failed to protect them, but also displaced most of the community of the northeast to the western banks of the Suez Canal.

The oft-repeated incompetence and/or negligence gave rise to multiple conspiracy theories. Some of the opposition TV channels and figures draw examples from Algeria during the 1990s, when special army units were allegedly involved in massacring villagers and, in other cases, regular units refused to protect civilians from attackers.

They imposed these scenarios on the current Sinai crisis. A false-flag is unlikely, however.

Agent-provocateur and false-flag tactics are not new in Egypt. Perhaps their clearest and most substantiated case goes back to March 1954, when six bombings targeted Groppi Restaurant, Cairo University and other civilian targets.

The bombings were blamed on the Muslim Brotherhood and Communist factions. But more than a decade later, the perpetration by Nasser’s military police was exposed by Abdul Latif El-Boghdadi, the former minister of defence.

His testimony was corroborated by Khaled Mohidyyin, another member of the Free Officers movement and the former Egyptian ambassador in Switzerland, as well as the former president of Egypt, General Mohammed Naguib, in their memoirs.

At least two bombings in the 1990s have similar hallmarks. But no high-level official has confirmed this through a detailed testimony as they did in the case of the 1950s false flag attacks. But the main difference is that these bombings had consistently low-to-no casualties.

They were designed to terrorise the masses into submission, not to massacre them. This is different from the Algerian tragedies. But if there was foul play in Sinai, it is likely to follow that previous pattern, and not what happened in al-Rawda mosque.

If a false-flag can be ruled out for now, the conflict is still likely to transform in the near future. It will probably involve more belligerents, including more members of the Sawarka tribe fighting directly against Sinai Province.

And perhaps more confrontations between SP and other Sinai-based armed organisations, like Jund al-Islam (Soldiers of Islam) which attacked Sinai Province before and strongly condemned the AL-Rawda attack along with the Revolution Brigade (a small organisation which operates in Cairo and the Delta).

These rifts can give rise to transformative patterns similar to the Algerian (1996-1997) or the Iraqi (2006-2008) ones, where infighting and further societal involvement marked an end of a certain phase in the conflicts.

There are two differences, however, in the Egyptian case. First, the counterinsurgency/counterterrorism and socio-political policies of the regime are too rigid and reactionary to capitalise on these rifts (unlike the policies of Algerian President Bouteflika in 1999-2006 and the policies of the coalition forces under General Petraeus in 2007-2008).

More problematic is the current socio-political environment in Egypt, which is repressive enough to produce even more tragedies.

- Dr Omar Ashour is a senior lecturer in security studies at the University of Exeter. He the author of The De-Radicalization of Jihadists: Transforming Armed Islamist Movements, and How ISIS Fight: Military Tactics in Iraq, Syria, Libya and Egypt (forthcoming). He can be reached at [email protected] or @DrOmarAshour

Photo: Egyptians hold candles at a vigil outside the Syndicate of Journalists in the capital Cairo's downtown district on November 27, 2017, in the memory of the victims of a bomb and gun assault that left over 300 worshippers killed in the restive province of North Sinai on 24 November (AFP). 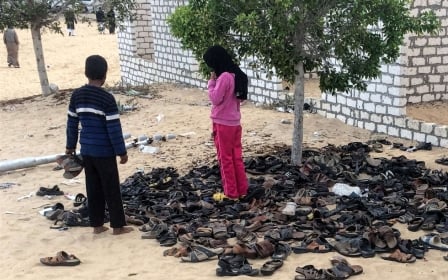