Amr Khalifa
At the very least, President Abdel Fattah al-Sisi of Egypt appears to be a man ill-prepared to perform all the requirements of the presidency 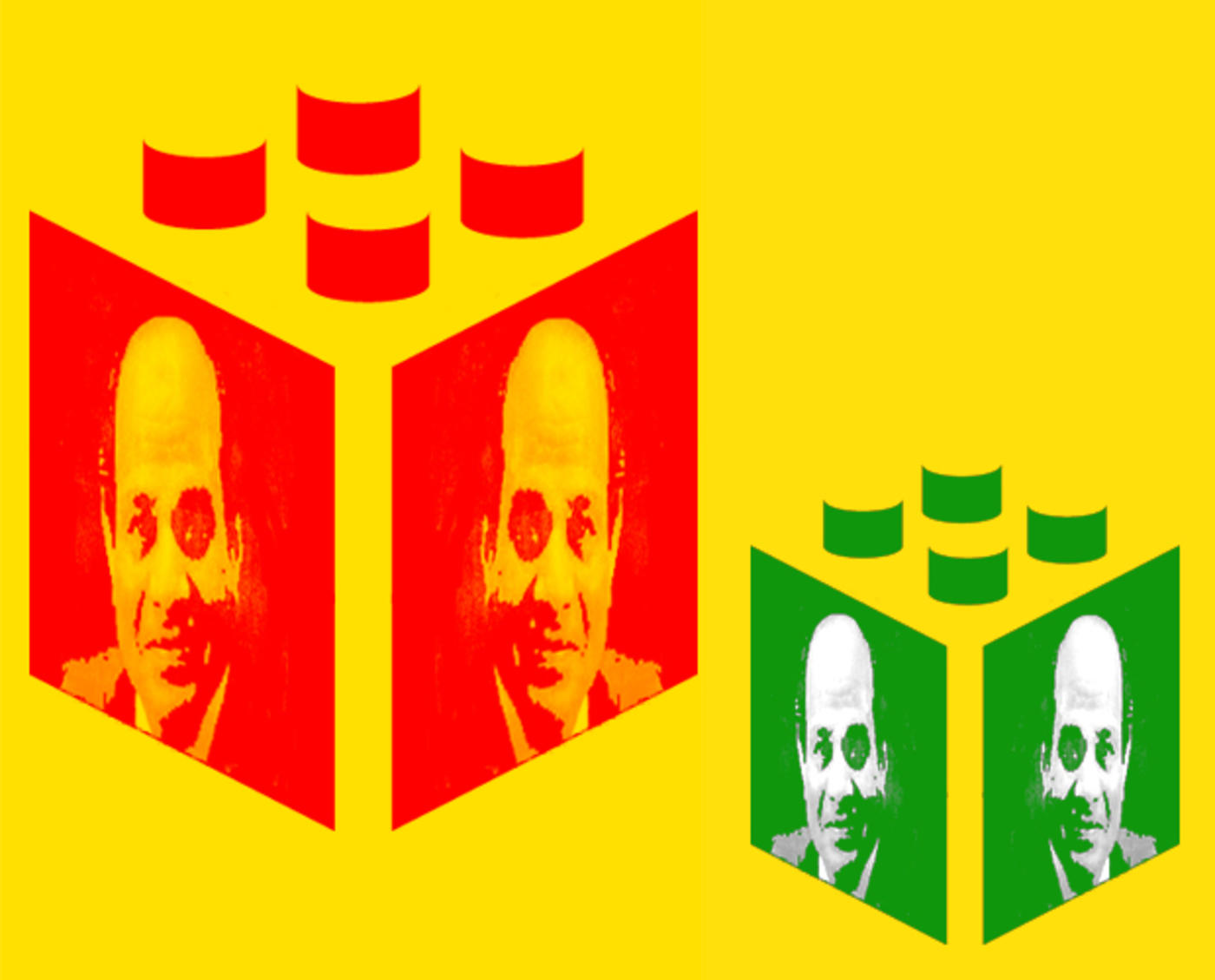 “Mr Sisi is making things worse,’’ said The Economist, the venerable British institution noted for its diplomacy, earlier this month. But diplomacy is not the goal here: instead it is the accuracy and comprehension of the Sisi mindset.

In politics, there are no enemies or friends, only those who advance the nation’s aims - or not. Egyptian President Abdel Fattah al-Sisi rose on the wings of hate and fear, and his list of liabilities dwarf his merits.

To understand what ails Egypt, the once regional political superpower, one must deconstruct the centre of the maelstrom. Unpeeling the Sisi onion is not a luxury, but an essential.

No one is claiming psychiatric prowess, but Sisi’s actions are plain to see for close observers. Open the door to reasoned, factual, psychological and political dissection we must and examining de rigueur characteristics of the nation’s top executive is an ideal place to begin.

So are Legos. As children, many of us played with the small plastic building bricks, known in Egypt as Mi’amari (architect) which super-charged the imagination of millions of children worldwide. Legos hone important skills: organisation, prioritisation and the ability to project and link objects to one another.

Sisi’s inability to see and connect the political, economic and social Legos has been stripped naked by two years of bad governance. If he is unable to master Legos, then how is the ultimate chess match of domestic, regional and international leadership remotely attainable?

Sisi, a man who headed Egypt’s military intelligence before becoming defence minister in 2012, is - hypothetically - well-positioned to lead based on nearly 40 years of military experience.

That experience should have propelled the president to acquire seasoned advisors. Such advisors are even more crucial when the transition is as radical as going from military to politics. But showing both abundant amounts of ego-centrism and inexperience, the Egyptian chief instead hired glorified bureaucrats whose best trait is excellence at shrieking “yes’’.

God, a doctor - and Adele

To absorb Sisi fully, one must factor in military rationale. With four decades of military service under his belt, Sisi knows only one dictum: orders, whether given or received.

Discussion is not part of the military ethos. Disastrously, that leaves the leader unprepared to lead because it contradicts the notion of an executive branch dependent on discussion and advice.

Self-destructively, Sisi believes he is God-sent and heard intently by ‘’leaders around the world, intelligence agency experts, politicians, journalists, and the greatest philosophers’’. Belief in divine right is not, historically, a plus in a ruler.

But this head of state deeply believes that “God made me a doctor to diagnose the problem". If Sisi believes himself the superior of world leaders and philosophers, can you begin to fathom the preeminence he feels towards the average Egyptian?

In the Sisi mindset, he is Adele Setting Fire To The Rain - only there is no rain and the fire is self-immolating.

The wildcard who could spell Sisi's doom

Traditionally, Egyptian autocrats have counted on two major security arms to insulate their presidency: the police and the army. This president won police allegiance through offering a carte blanche for police abuses and increased salaries.

Four months ago, headlines painted a Sisi who applauded security forces after a shooting spree, which included the killing of a street vendor over the price of a cup of tea. His praise came soon after the brutal murder of Italian PhD student Giulio Regeni whom police have been accused of torturing to death.

Egyptian police continue to utilise unspeakable amounts of force in manhandling the populace and were used as the state’s hammer against the 25 April demonstrations; this leaves Sisi vulnerable rather than protected.

Yet Sisi, counter to numerous analysts, has not met with equal success in handling his relationship with the army. Just as Sisi was a mystery when he headed the defence ministry, so Col General Sedki Sobhi, his replacement, is equally undefinable.

But what is known about this wildcard could spell Sisi’s doom. Sobhi is a powerful man, a dual threat as defence minister and head of the Supreme Council of the Armed Forces. No less importantly, he is deeply loved by his troops and is an institutionalist who believes ‘’Sisi made the whole military, as an institution, complicit in his personal bid for power’’.

Many have posited that Sisi displays consistent signs of paranoia, speaking of the ‘’evil forces’’ lurking, both within and without Egypt. When it comes to the army, those fears may be very well founded.

Sisi himself was part of the apparatus that removed Hosni Mubarak, one of its own sons. He may fear that one plus one equals his own premature end.

In politically deconstructive math, history is almost always our guide. Doubt it? Simply turn your eyes back to the 1950s and the Naguib-Nasser binary. It can happen, it has happened. Infighting is not the exception, it is a military elephant in a political room. In reacting to enemies, real and imagined, the dictator becomes self-defeating.

Show me the money

An unrelenting, deep-seated lack of confidence is forcing Sisi to overcompensate publicly, an arrogance that has led Sisi to attempt legacy-defining projects like one million apartments and a new capital city. Strategy, organisation and attention to detail are all hallmarks of leaders of the institution on paper.

However, in Sisi’s case, reality and theory diverge. Since taking office 27 months ago, Sisi has received $17bn to prop up his regime, mostly from Gulf allies like Saudi Arabia, the Emirates and Kuwait.

But with an eye focused on his legacy and another on his enemies, minimal attention has been paid to the economy. Our Egyptian Marie Antoinette has not clocked that people are asking the central question: where has the money gone?

Last week, after the Economist fiasco, Sisi was lambasted by yet another economic behemoth: Bloomberg. No mincing words here: “Egypt’s failing economy is Sisi’s fault” it declared, asserting bluntly that the projected $12bn IMF loan is “likely to be good money thrown after bad’’.

As if to prove these powerful naysayers correct, Egypt has not only purchased super costly French Mistral planes, but did so as its president called for national austerity measures.

So when Bloomberg says ‘’much of the blame can be placed directly on Sisi, who squandered previous aid packages on mega projects of dubious merit’’ it should surprise no one.

These mega projects, including the new Suez Canal, have been nothing short of a waste, with little - if any - cash added to hard currency coffers. The question becomes: what does this do to the psyche of a man believing himself to be an intellectual showstopper? Unquestionably, this infuriates him, causing his tribe of Yes Men to howl, in unison: “Foreign conspiracy!”

And in a catastrophic cycle, this feeds his inner conspiracy theorist. It is a deadly self-contained and self-propelling circle of failure, triggering an inner inferiority complex which sires even more public acts of bombast and further undermining his credibility.

An insistence on glorifying accomplishments that only exist in the presidential mind show that stubborn delusion is at the heart of the Egyptian crisis.

When state of mind is a matter of national security

Relationships are based on trust. As far as Sisi is concerned, this is a currency forged with his public by clear speeches, framed by strong, in-control body language. Extremes of laughter and anger have marked too many speeches.

Speeches do not advance or sink nations, to be sure, but Sisi’s rhetoric trumpets all the wrong things. Rather than end his speeches with his now infamous Tahya Masr (Long live Egypt), he needs to ensure his actions further that very national survival.

But Sisi is only concerned with his own survival. While acquiring his masters degree in the US one decade ago, he was perceived by an insightful professor as ‘’very cynical about the whole push for democracy’’. Yet he had the gall to repeat over and over ‘’don’t listen to anyone except me’’. Many Egyptians did to the national detriment, overlooking warnings like the professor’s.

If, rather than taking responsibility, ‘’war economy,’’ terrorism and corruption are the ready-made excuses (as they were in a recent speech), then the relationship with the public is only further undermined. The numbers bear this out: in a two-month period, Sisi registered a significant drop in reelection support from 81 percent in June to 66 percent in August.

Internal stability is the private domain of most, but matters differ when we are talking about a head of state whose state of mind is a matter of national security. At the very least, Sisi appears to be a man ill-prepared to perform all the requirements of the presidency.

More extremely, the Sisi salad includes no vegetables, only the poisoned fruits of paranoia, narcissism, delusions of grandeur and cognitive dissidence. Egypt Turmoil
VIDEO: The Egyptian Olympian who didn't make it to Rio 2016