The smell of betrayal hangs over Trump's Syria withdrawal

Jonathan Steele
Washington should be collaborating with Moscow to block Turkey's imminent onslaught east of the Euphrates, which will deal a heavy blow to the anti-IS campaign 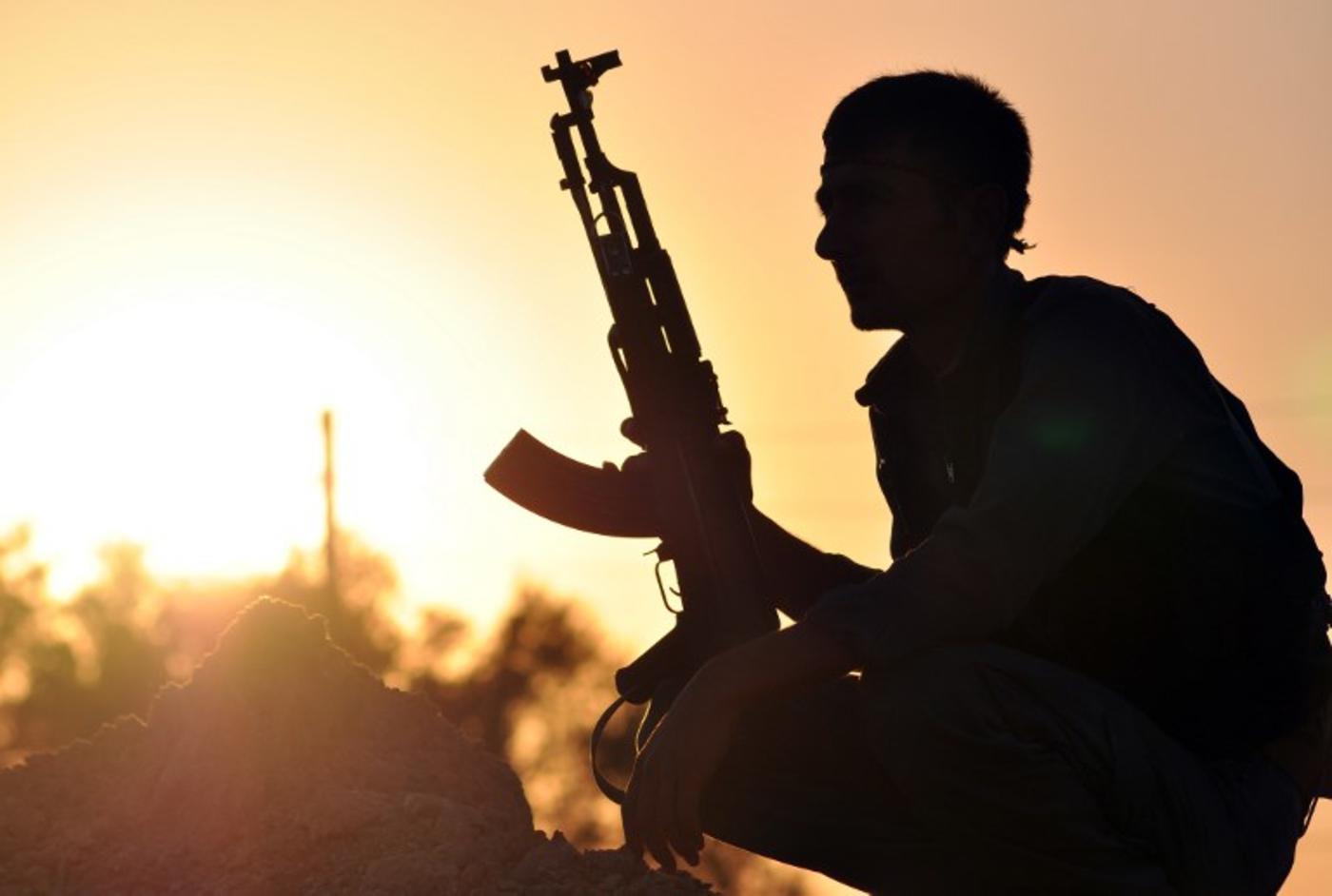 Kurds are well aware from history that friends are often fickle - so US President Donald Trump's latest actions on Syria will be seen as following an ancient pattern of treachery.

His decision to withdraw US troops from their alliance with the Kurdish autonomy fighters in northeastern Syria comes only a few days after Turkish President Recep Tayyip Erdogan threatened to invade Syria and launch an all-out assault on the People's Protection Units (YPG).

Ominously, it follows a telephone conversation between Erdogan and Trump last Friday, in which the US president may have given a green light to the Turkish invasion. This would turn Trump's betrayal of the Kurds into one based on collusion rather than incompetence.

Turkey's invasion of the smaller Syrian Kurdish enclave of Afrin in January gave a foretaste of the human tragedy that is likely to follow if Turkey crosses into the much larger, YPG-controlled regions east of the Euphrates, and brings assorted Islamist and other ill-disciplined pro-Turkish militias with it.

More than 100,000 people were displaced from Afrin, and as Amnesty International reported in August, there have been atrocities, looting and disappearances on a massive scale.

The main beneficiary of the Turkish incursion and the threat of its expansion has been the Islamic State (IS), against whom the YPG, aided by the US, has been remarkably successful over the last three years. Thanks to the YPG and local Syrian Arab tribes who worked with them, IS was driven out of its headquarters in Raqqa and every other population centre in Syria.

Turkey's threat to attack the YPG heartland that the Kurds call Rojava has already forced the YPG to withdraw some forces from the anti-IS campaign. A full-blown Turkish assault would be a godsend to IS, as the YPG is bound to redeploy to protect its heartland.

On Thursday, the New York Times reported that a prominent monitoring group and a Western official of the anti-Islamic State coalition confirmed that Kurdish groups were discussing the release of 3,200 IS prisoners, and 2,080 relatives of the group's members, according to Rami Abdul Rahman, the head of the Syrian Observatory on Human Rights.

Erdogan is on the warpath, and Trump's decision to withdraw support from the YPG and its Arab allies will help him

Erdogan has often equated YPG, the Kurdistan Workers' Party (PKK) and PYD (the political wing of YPG) to the terror group IS. While IS is clearly a terrorist movement with a pernicious sectarian and genocidal ideology, flaunting medieval beheadings, gang rape and other cruelties, by contrast the YPG is an armed, non-state group fighting for local autonomy.

Although in 2015 both PYD and YPG were accused by Amnesty International of committing what amounted to war crimes in Kurdish-ruled areas, the US-supported Kurdish groups vehementaly denied the accusations at the time saying it was not "what was happening on the ground".

And it was Erdogan himself who authorised his officials to accept a ceasefire and negotiate with the PKK between 2013 and 2015, while still designating it a terrorist organisation. The Turkish president should go back to talks with the PKK and look for a political settlement, the only basis for long-term stability in southeastern Turkey.

For the moment, that is not going to happen; Erdogan is on the warpath, and Trump's decision to withdraw support from the YPG and its Arab allies will help him.

What role will Russia play?

A huge question mark hangs over Russia's attitude towards Turkey's accelerating military onslaught. Russia used to be an ally of the YPG, having opened relations with them before the US did. Russian diplomats have canvassed the YPG-backed idea of a decentralised federal Syria, in which Kurdish autonomy in the northeast would be recognised by the government in Damascus. They pressed for the Kurds to be accepted at the Geneva talks on Syria as an independent delegation.

Have the Russians now changed their line, and switched to supporting Erdogan? Moscow welcomed Erdogan's earlier row with Washington over its failure to extradite Fetullah Gulen, the alleged mastermind of Turkey's failed 2016 coup. The Kremlin was pleased that Erdogan annoyed the Pentagon by buying the Russian S-400 missile system.

Is there now a deal between Erdogan and Russia's Vladimir Putin, in which Turkey maintains or even expands its disagreements with Nato in return for Russian support for Turkish aggression in Syria? If so, it would signal that yet another major power is betraying the Kurds. Once again, the beneficiary would be IS.

Trump's instinct in wanting to retreat from Syria is understandable and would be positive, if properly managed. For the US to be engaged in yet another open-ended Middle East war, after the failures in Iraq and Afghanistan, is not domestically popular. What complicated Washington's involvement further was that it had no approval from Damascus, as the US has long taken sides against President Bashar al-Assad.

Now that Assad's forces are close to regaining control of the country - albeit at a massive human cost - the ideal solution would be for the US to resume relations with Damascus, and for the Syrian government to make a political and military deal with the YPG, whereby in return for Kurdish autonomy, the Syrian army would replace US forces on the ground in the fight against IS in eastern Syria, as the Syrian and Russian air forces patrolled the skies.

The pullback from Syria is a blow to Washington's anti-Iran neocon hawks, who alongside their ally Israel will do everything possible to delay or reverse Trump's decision. They have been trying to turn the US engagement in Syria from being an anti-IS policy into an anti-Iranian one, arguing that, even when IS is eliminated, US forces should stay in Syria for the long term.

If the Americans cannot block the corridor in Iraq, where they have several thousands of troops in place, why would a smaller contingent of US troops in Syria do a better job?

Instead of banging the drum about Iran's so-called malign activities in the region, the hawks should recognise that Iran's engagement in Iraq was welcomed by the Iraqi government as legitimate aid in the fight against IS when it came close to occupying the Iraqi capital. Iran and the US had parallel and mutually reinforcing interests in Iraq, as the Obama administration well understood.

In reality, Iran's involvement in Syria was designed to shore up the Assad regime from defeat by IS and other militias, as well as by the secular armed opposition when they still had a significant presence.

In general, Iranian regional policy needs to be deconstructed; it is a series of pragmatic and largely defensive responses to different countries' circumstances and conflicts and the threats they pose to Iran, rather than part of a strategic masterplan for expansion.

What can be done to forestall Turkey's imminent onslaught east of the Euphrates and the damage it will do to the anti-IS campaign? If there was no reason to suspect treachery on the parts of Trump and Putin, the best step would be an emergency debate at the UN Security Council. Both major powers ought to be collaborating to block Turkey and to warn it of serious consequences.

But as long as each is involved in zero-sum thinking and trying to gain influence in Ankara at the other's expense, little can be done. In the meantime, IS receives another grim lease of life.

Photo: A YPG fighter is pictured in the Syrian town of Ain Issi in July 2015 (AFP)

Opinion
When the Saudis and Emiratis fall out
David Hearst
Opinion
Arab regimes are fully on board with India's settler-colonial project in Kashmir
Azad Essa
Opinion
Saudi Arabia and the UK: Jeremy Hunt is not telling the truth about arms sales
Peter Oborne