Syria and the interventionist chorus

Glen Johnson
As the Islamic State advances throughout Iraq and Syria, calls for the US to arm rebel factions, once again, spike 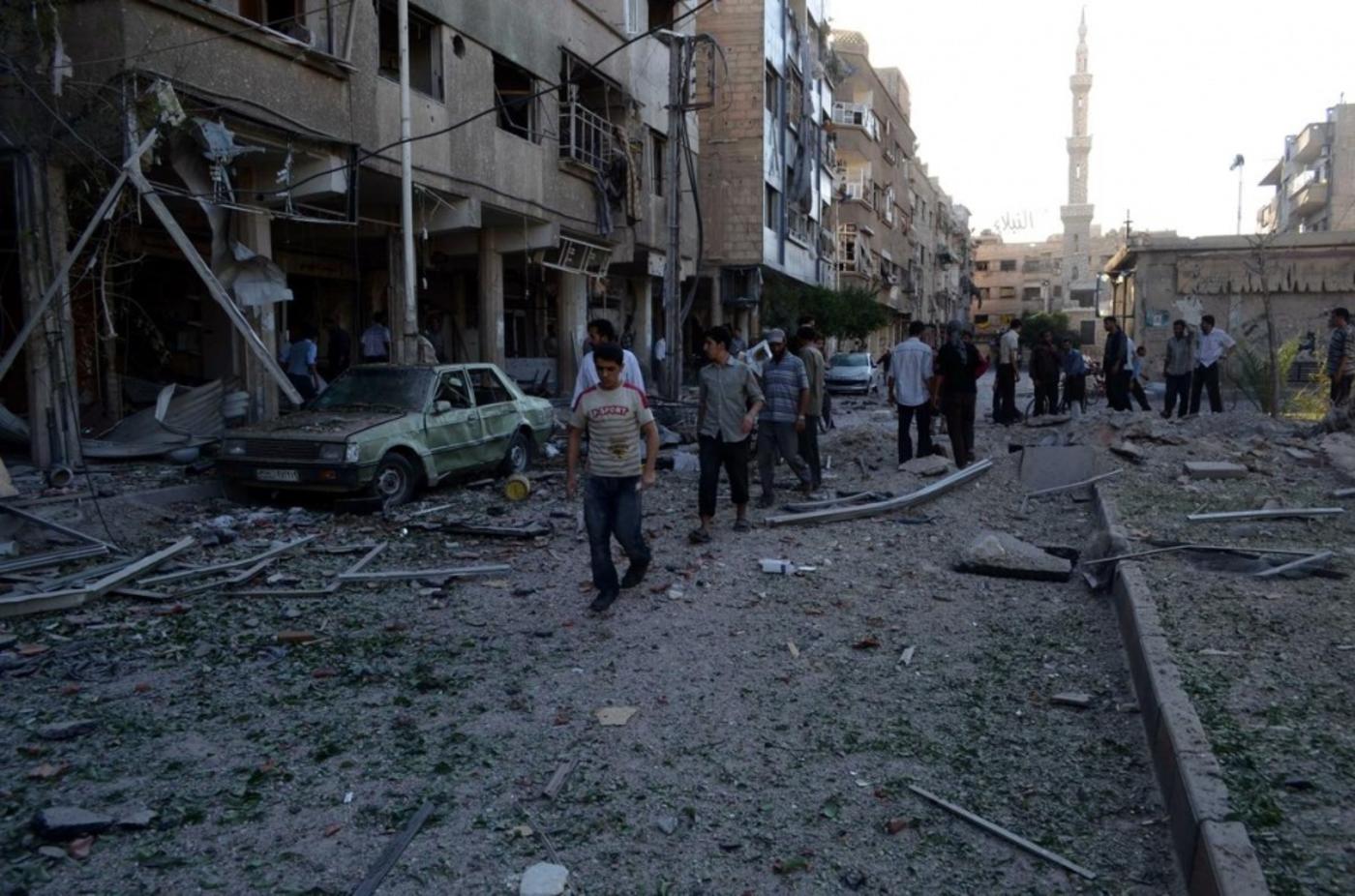 So the US has launched airstrikes in Iraq and the interventionist chorus is once again rising opportunistic, calling for the US to supply so-called “moderate” Syrian rebels with the big firepower. I can’t believe we’re still having this conversation.

The argument runs: with increased military aid, the “moderate” Syrian rebels could stem both the Islamic State’s (IS) and the Syrian regime’s advances, eventually overwhelming both and putting in place a secular, modern, Western-leaning democracy.

If we - the West - had just armed the rebels back in 2011, we could have avoided the meltdown in Syria, they claim. But it’s not too late, we can still arm them now.

The argument is both dubious and nefarious.

Dubious because: the West and its allies did begin arming the rebels back in late 2011. Around 5,000 people had been killed in Syria’s nine-month conflict by November that year. In poured the arms over the following year, ratcheting up the violence and three years later nearly 200,000 Syrians have been killed and many millions displaced. The country has been destroyed, chaos creeps regionally.

Oh, but we didn’t arm them enough, the interventionists argue.

A central reality of the Syria conflict is shifting loyalties. Fighters move between militia based upon which can provide the best resources. That is to say, militia are not stagnant, but in constant flux, as their fighters rotate between a range of factions. Is it really wise to pour firepower into an environment where fighters’ loyalties shift so quickly?

Nefarious because: intervention, including providing logistical support, in the Syrian conflict establishes dubious precedents. It is - and always was - morally unjustifiable. Syria was a dispute between, at its core, two rival factions: the State and its opposition. By backing one side in a domestic conflict, the West and its allies - buttressed by the interventionist chorus - displayed grand imperial hubris and ran rough-shod over the idea of national sovereignty.

Quite simply, 5,000 dead over a nine month period was not severe enough to justify any kind of intervention against a State, certainly not arming one side - moreover, a side which is poorly defined and most likely does not share our values - in a domestic dispute. But, the precedent is now set.

Well, Saudi Arabia has been building an army in Syria. It is called the Islamic Front (IF). It’s basically a collection of extremist militia, including the Salafist Ahrar al-Sham and the Muslim Brotherhood’s Liwa al-Tawhid. It, despite significant support, failed to turn the tide against the regime. That came after the disintegration of the Free Syrian Army, who interventionists also advocated arming. But, hey, third time lucky, right?

The west has no natural allies in the Syrian context. We have no interests in Syria, outside of limiting the regime’s support of the Hezbollah in neighbouring Lebanon. Nothing to gain through involvement. The well-spring of the Syrian insurgency is the conservative Sunni peasant classes from the countryside. There’s not much interest in secular democracy to be found there.  There should be no doubt, IS exists and thrives because there is support for it, significant support, at a local level in Syria and Iraq.

Yet, commentators cannot transcend the logic of interventionism, buoyed by a foreign press corps too slow to move beyond the Arab Spring narrative.

The US and its allies, notably France, Saudi Arabia, Turkey, the UK and Qatar already have plenty of blood on their hands. By previously funneling weapons to rebels - from Croatian-controlled stockpiles of former Yugoslav arms, according to the New York Times, and Libyan stockpiles - they have wantonly escalated a small-scale insurgency into a full-blown sectarian war.

This, of course, perverted the course of the insurgency, which seemed destined to remain under the heel of the regime. The Syrian regime is brutal, no doubt. But had the West and its allies - in particular Turkey, Qatar and Saudi Arabia - not escalated the Syria conflict, we wouldn’t be looking at 200,000 dead right now.

Cutting military and financial support to all armed factions, whether regime forces and allies, or opposition factions, could help drive down the Syrian death toll, and cool the contagious effect of the war on the region, notably in Iraq. Only then could real discussions of a negotiated settlement begin.

Russia and Iran need to stop providing the Syrian regime with military support (spare parts for T-72 tanks and helicopters). Iran must withdraw its Revolutionary Guard Forces from Syria and pressure its Lebanese ally, Hezbollah to do the same with its own fighters.

As a first step, Turkey should seal its southern border. Vast troop deployments, anti-personnel landmines laid out heavy the length of the border; meanwhile roadblocks and checkpoints should be established throughout southern Turkey.

No weapons filtering across the border in aid trucks. No more fighters ferried out to Turkey and treated in Turkish hospitals. No more rebel rear bases on Turkish soil. No more oil smuggled from eastern Syrian reserves onto the Turkish market, swelling IS’ financial resources. And certainly no more fighters crossing the frontier.

The US meanwhile needs to pressure its Gulf allies to crackdown on financiers. Diplomatic efforts with Iran and Russia should be aggressively pursued.

In short, no support for any of the rebel factions. Complete disengagement. Let them shoot themselves out. Some fear that this would further IS’ recruitment, pulling desperate fighters to it.

You have to wonder: what partners would such fighters make in a US-backed “army”?

The immediate impact of disengagement will be a reduction in the horrendous death tolls. The conflict should relatively quickly return to its natural state, evolving according to local dynamics, rather than the incoherent whims of the West and its allies - most of whom have dubious human rights records.

Perhaps Syria’s insurgents will overwhelm the regime. Perhaps not. What is certain: prolonging the conflict by further arming rebels will just lead to more dead.

- Glen Johnson is a New Zealand journalist who spent six years working as a foreign correspondent throughout the Middle East and Africa, writing for a range of newspapers around the world.

The views expressed in this article belong to the author and do not necessarily reflect the editorial policy of Middle East Eye. - See more at: http://www.middleeasteye.net/columns/why-bds-movement-can-no-longer-be-ignored-1955265267#sthash.lHV7jWCS.dpuf

Photo: Buildings are destroyed after the attacks of Syrian regime forces with warcrafts in the Duma neighbourhood of Damascus that is controlled by opposition forces (AA)