Syria ceasefire: Another nail in the coffin of political transition

Omair Anas
For Bashar Assad and his Russian backers, the new ceasefire will put any transition process on the backburner 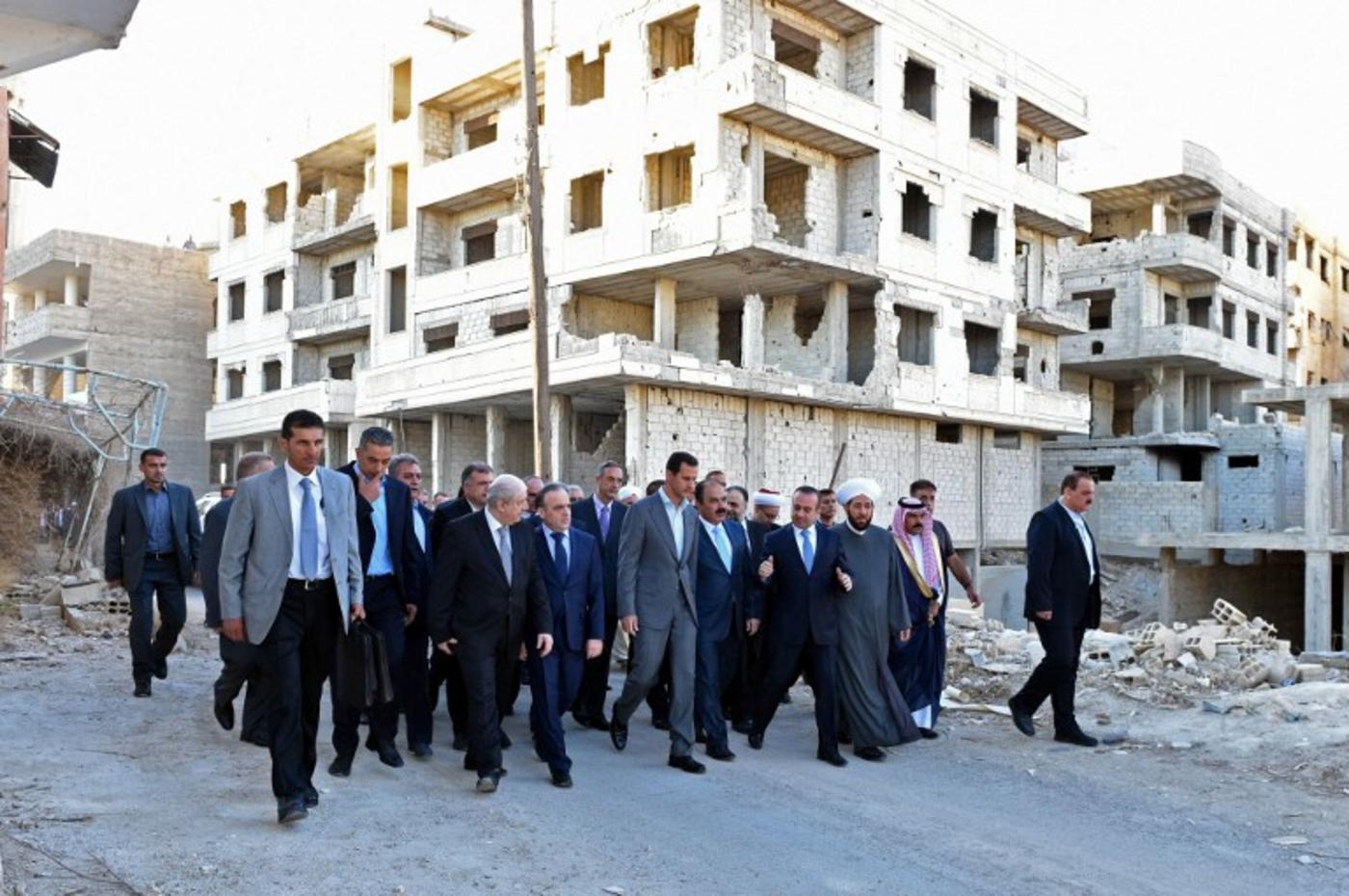 Just hours before the latest ceasefire was set to begin, the Syrian president visited Daraya, the Damascus suburb that was besieged for more than three years until a recent deal with the regime, and vowed to retake all of Syria from “terrorists”.

"The armed forces are continuing their work, relentlessly and without hesitation, regardless of internal or external circumstances," he said, after praying in a local mosque for the Eid al-Adha holiday.

The new deal, agreed between the US and Russia and set to start on Monday at sunset, requires the Syrian regime to suspend air strikes on areas controlled by opposition groups, including Aleppo and Idlib – although even after the announcement on Friday, the Assad regime continued air strikes against civilians, killing 74 civilians in Idlib with another major operation underway to besiege the rebel-controlled side of Aleppo.

It is not Syria's first, and God forbid, won’t be the last ceasefire deal. Still the hopeful expectations expressed after the latest ceasefire announcement are not without reason.

Both the US and Russia have agreed to establish a "Joint Implementation Centre" for the “delimitation and separation of terrorists from the moderate opposition”, an effort to launch a wider peace process.

As part of the agreement, humanitarian assistance will be channelled in cooperation with the Syrian Arab Red Crescent and the UN, both of which have recently been accused of being manipulated by the regime in their relief efforts and strengthening pro-Assad NGOs in the country.

So who can one believe in this ceasefire? What makes this ceasefire different from the previous failed efforts is that both Russia and the US have agreed on a detailed roadmap that separates legitimate opposition groups from a blanket terrorist bogeyman used by Syria and Russia to bomb the entire opposition camp.

The gap between US and Russian understandings of the Syrian crisis and the country’s future is so wide that it cannot be easily overcome.

This has given rise to hope that the Assad regime may abstain from the indiscriminate bombing of American and Turkish-supported opposition groups. Syrian opposition groups represented by the High Negotiation Council have cautiously welcomed the ceasefire.

But there are also reasons to believe that the latest deal is just as fragile as the previous ceasefire, announced in February, which quickly fell apart. The gap between US and Russian understandings of the Syrian crisis and the country’s future is so wide that it cannot be easily overcome. Assad's comments on Monday foster little confidence.

When the ceasefire was announced, US Secretary of State John Kerry was optimistic in tone, while Russian Foreign Minister Sergei Lavrov, who holds the whip hand over any settlement agreement by virtue of being the main military backer of the regime, maintained a constructive ambiguity during the press conference, not touching issues fundamental to resolving the conflict such as political transition and the future of Bashar al-Assad.

In his statement, Kerry “hoped the ceasefire would lead to the prompt resumption of negotiations over Syria’s political future” and said he expected “a negotiated peace and a transition in Syria ... that, if followed, has the ability to provide a turning point, a moment of change.”

That’s something, consequently, that the Russian side has never promised.

Who will achieve what?

The Syrian crisis is a puzzle mainly because it has stakeholders with completely different and mostly irreconcilable objectives.

By maintaining ambiguity, Russia has the shown its ability to engage with all stakeholders, unlike the US and the anti-Assad forces who have been reluctant to face the Assad regime across the table. The most important breakthrough for the Assad regime – and it can thank Russia for this - is to make it part of the joint operations in coordination with the US and Russia.

There is a legitimate Syrian opposition in the form of the National Council of Syrian Revolution and Opposition Forces and its High Negotiation Committee, which is recognised by more than 100 countries around the world and is the largest opposition group supported by the Free Syrian Army.

But other armed groups, many jihadists among them, have weakened the opposition’s credibility and its ability to play a decisive role. Al-Qaeda and the Islamic State group have provided the Assad regime with a reason to discredit the legitimate opposition forces.

With Turkey weakened by a series of terrorist attacks by Islamic State, PKK-Syrian Kurdish advances along the southern borders, and the failed coup attempt, the Assad regime is no longer a primary threat to Turkey’s immediate security. Its operation against the Kurdish Syrian forces has the tacit approval of the Assad regime.

In the last few months, Turkey’s diplomatic offensive has aimed to break the country’s isolation in the region and bring it back to the game before it is too late. The emergence of Rojava, the name Kurds have given to three cantons in northern Syria under their control, is nothing but a nightmare for Turkey, that was coming into being with active support from the US. With or without American support, Turkey's Operation Euphrates Shield was the only way stop this nightmare from happening.

For the Assad regime, all anti-Assad forces are terrorists which it seeks to eliminate. Its Iranian allies have sided most of the time with the Assad regime on using a blanket “terrorist” tag for all opposition groups.

This deal is being seen as an opportunity for two reasons: one, Turkey and Saudi Arabia have backtracked from their long-held positions against Bashar al-Assad and have accepted his role in a transition period.

Second, with Turkish-US coordination having failed to secure Turkey's border from falling into the hands of Kurdish militant groups, Turkey's recent decisive intervention in Syria shows further dynamics changing among the regional powers involved in the war. For the first time since 2011, Turkey sent tanks inside Syrian territory, an action which could not have happened without consultation with Russia and Iran and one which has stopped the “Kurdish corridor” from becoming a reality. Both Ankara and Damascus want to see the Kurdish statelet rolled back, a rare confluence of interests.

Interestingly, both American and Turkish media are using a phrase “no longer a reliable ally” to describe the relationship between the two countries. In fact, the Saudis and Turks find it convenient and more helpful to engage with Russia directly, without having the US standing between them.

The main outcome of this round of ceasefire talks is that the "regime change" agenda is on the backburner.

If any transition is to take place, the Russians will make sure that it will be monitored by the Assad regime itself. As the Assad regime is gaining more control and legitimacy -  impossible without the help of Russia and Iran - Bashar al-Assad has less reason than ever to accept "transition" as the desired outcome of the ceasefire efforts.