Martin Bader
While Syrian refugees in Turkey hope for a prisoner release, many doubt that the general amnesty will change their daily lives 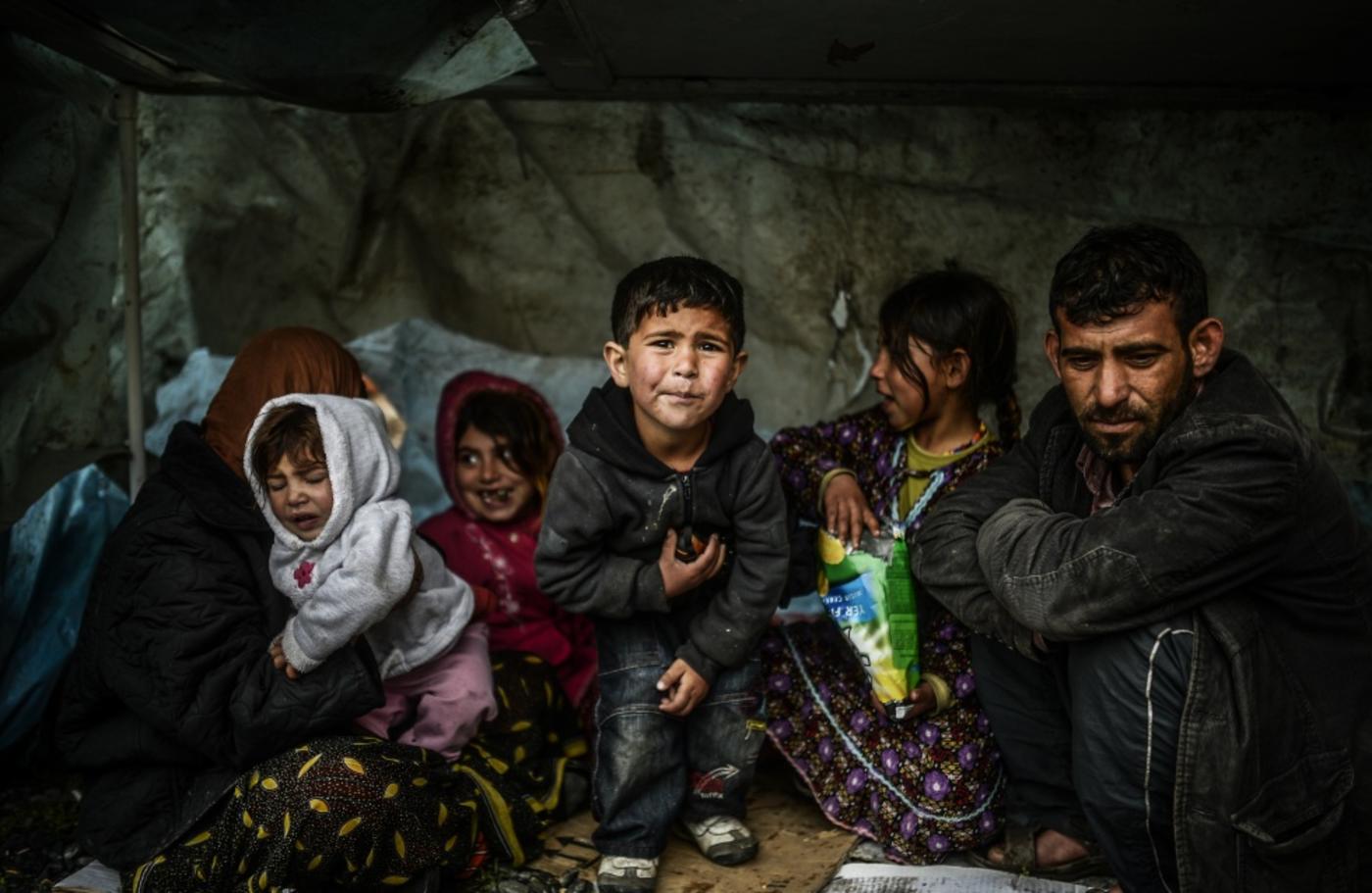 He issued the decree a few days after his controversial reelection, which ensured him another seven-year term in office. Syrian refugees in Southern Turkey shared their thoughts on the general amnesty with MEE.

In a barely furnished apartment in Reyhanli, a small Turkish town next to the Syrian border, three men in their mid-twenties silently stared at screens of their cellphones.

“This is not at all how I imagined the beginning of my married life,” Adnan, from Homs province in central Syria, said while nodding at an overflowing ashtray and his two companions dozing on mattresses on the floor.

Adnan moved to Turkey two months ago, right after he married a girl from Damascus. “Since the outbreak of the revolution, I had documented the events in my hometown with my camera. In order to live with my wife I couldn't possibly move to the capital, the regime would arrest me on the spot,” he explained.

“We could have moved into my parents' home. It's a traditional house with enough rooms for all of us. But honestly, who wants to start a family among flying bullets?”

“The regime's general amnesty is completely pointless. The only 'crime' I've committed is taking photos and videos, which isn't even punishable by law. Nevertheless, the security services are looking for me,” Adnan said.

“Even if I turn myself in and get pardoned, who can assure me that I won't be arrested again a few days later?”

“The problem is not just the lack of guarantees. There's no future for those who turn themselves in,” added Ali, a defected sergeant from Idlib province in Northwestern Syria.

“I'm a soldier and my place is in the military. Even if I was pardoned, how would I earn my living? I wouldn't want to rejoin the armed forces.”

“The amnesty is a complete sham,” he added.

Ali has been sharing a two-room apartment in Reyhanli with his two siblings since he fled Syria in August 2012. While he didn't find work, his sister is working as an English teacher. He said that since he arrived in Reyhanli, his apartment has constantly served as a way station for friends and family members fleeing Syria for Turkey.

“It is a very uncomfortable situation for me, but it won't stay like this. After the fall of the regime, people will return to the place they belong: The carpenter to the workshop, the teacher to the school and the soldier to the barracks.”

No amnesty for the innocent

In a shady corner of a public park in Antakya, a Turkish town 20 kilometers from the Syrian border, seven men engaged in a heated discussion. “Welcome to the 'Club of Retired Syrian Workers,” Khaled joked grimly.

Khaled, a 48 year-old butcher from the Qasr al-Bustan neighbourhood in Aleppo, came to Syria six months ago, after his shop was destroyed by a bombshell.

“I didn't come to Antakya because I committed a crime or because I'm for or against anybody. I came here because I have nothing left in Syria,” he added.

Khaled said he lived a simple life before the fighting reached Aleppo. He had inherited his parents’ house, got married and earned enough money to support his family.

In Antakya he rented a small apartment for his family and although he hasn't found a job yet, he is unsure about ever returning to Syria. “If my children can get proper education here, I'm not sure if I even want to go back.”

“I'm really not concerned by the amnesty. It can't and won't replace what we've lost.” he added.

Radwan, a former worker in a state-run sugar factory in Jisr al-Shughur in Northwestern Syria, agrees.

“I have a clean record and never committed a crime,” Radwan said. “Do I need a pardon for that?”

Radwan fled to Antakya in summer 2011, after two of his sons were arrested for taking to the streets and asking for freedom. Radwan said he never joined anti-government protests because he was afraid of losing his job and facing government prosecution. A father of three children, his entire family was dependent on his income.

“I gave up my work and left my country for the sake of my children. Does this make me a criminal?”

Radwan still owns a house in Syria, but said he doesn't dare to return, because Syrian state security asked his relatives about his whereabouts. Although he is skeptical about the motives behind the amnesty, he said he'd be happy for every released innocent prisoner.

“I've never been charged with any crime, so there's nothing I could be forgiven for.”

The decree follows a series of earlier amnesties that only lead to the release of a fraction of the tens of thousands who have been imprisoned during the uprising in the country.

According to SANA, the state-run Syrian Arab News Agency, the amnesty includes all crimes but terrorism - a term that has been widely used by the Syrian government to describe armed resistance in its territories since the beginning of the uprising in March 2011

While the initial announcement on Syrian state television mentioned a 'general amnesty for all crimes', the later statements by the government made it clear that the decree would mostly commute sentences with more lenient ones.

According to SANA, the amnesty promised, among other things, full amnesty for deserters inside Syria and abroad, as long as they were not fugitives from justice. The Syrian army has been suffering from a steady flow of defections since the outbreak of unrest in the country.

Bente Scheller, Syria specialist and author, told the MEE that it would be a positive step if the amnesty led to the release of political prisoners.

According to Scheller, the amnesty surely rises the hope of prisoners' families that they'll be released and that they'll meet again. However, she added that pardons in the past were only implemented in a partial and arbitrary way.

“Most Syrians are not abroad because they've been prosecuted politically. And even if that was the case, they would have to turn themselves in – without a guarantee that they'll actually be released. I wouldn't take that risk,” Scheller added.

While the decree promises amnesty to various people who have been prosecuted, it does not address the problems of refugees who've escaped the country for security or economic reasons.

“What could Assad possibly forgive those refugees for? That they fled from his systematic targeting of civilians? That they escaped his barrel bombs? That he didn't step up to his reliability to shelter them and protect them from his gangs of murderers?” Scheller asked.

“If you look at the details of the amnesty, everything is legally solid. But the application of law takes place in a parallel universe. Exactly like back then, nobody knows how many people are imprisoned, how many have been arrested or kidnapped and who is still alive.”

Scheller sees many similarities in the government’s actions now, compared to the 1980’s when bloody unrest shook the country, including the regime’s oppression of the insurgence, and the arbitrary nature of the legal system.

“The massacres in the 80's were never investigated, which also contributed to the revolution's momentum. Transparency, justice and reconciliation were lacking back then, and I still can't notice them in the regime's current dealing with the population.”

Martin Bader is a freelance journalist and graduate student in Middle Eastern studies.

Photo credit: A Syrian refugee family from Aleppo, stay under a shelter during a rainy day on March 8, 2014, at Uskudar in Istanbul (AFP) Iraq at War
Mosul refugees as victims of a revolution