Syria’s game of chess on the southern front: Playing by Hafez al-Assad's rulebook

Kamal Alam
If a deal is reached in the south of Syria, it would go some way towards further entrenching the return of the Syrian government to near full control of the country 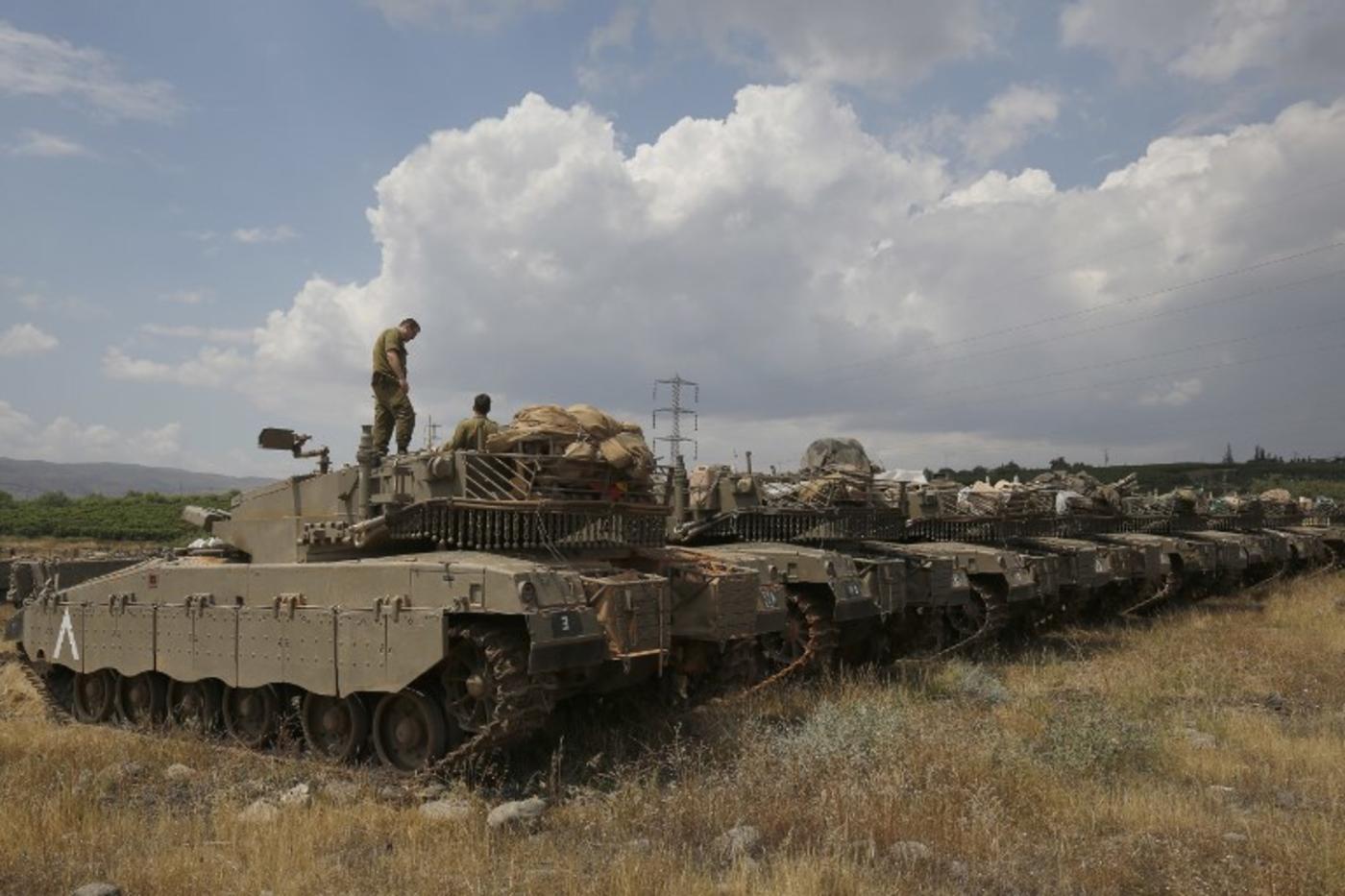 The term Pax Syriana was coined as a reference for Syrian control over Lebanon as a counterweight to Israel, amid a battle for influence between Syria and Israel in the Levant.

At various times since the French mandate, Damascus has sought to exercise control over Lebanon in some way – none more so than in the period between 1975 and 2005, when Pax Syriana was at its peak. The primary driver was the conflict between Syria and Israel. The Golan Heights dominated Syrian thinking after the 1967 war, and ever since, Syria and Israel have been locked in a struggle over who controls southern Lebanon and southern Syria.

Of course, as the war in Syria started in 2011, the country battled for its survival and lost parts of its own southern territory. Now, as the government - firmly backed by the Russians - has reasserted control, Damascus is poised to re-enter the south, where a potential deal between Tel Aviv and Moscow would allow the Syrian army to retake rebel territory.

It is still too early to tell when and how this might materialise, but one thing is clear: slowly but surely, Damascus is falling back to its default policy of a diplomatic battle with Israel as its main objective, in the pattern set out by the late president Hafez al-Assad.

One could argue that the structure he handed over to his son is what has preserved Bashar al-Assad, especially when dealing with the Israeli threat in the south. In a remarkable twist, the Syrian military could be back to managing its border with Israel - with the irony not lost on Israel that it prefers Damascus over Iran or the extremist groups backed by the Gulf states.

Two monumental events contributed to the rise of Hafez Assad as the main influence in the Levant. One was the expulsion of the Palestine Liberation Organisation from Jordan to southern Lebanon, and the second was the peace deal between Egypt and Israel.

This is pretty much a repeat of the 80s playbook, when once the Americans quit Lebanon, they favoured Hafez al-Assad running the show, despite Israeli opposition

Syria under Hafez Assad rose as the pre-eminent threat and balancer against Israel, and by default the United States. It is a widely acknowledged fact that for almost three decades, successive US presidents came to trust, and grudgingly respect, Assad’s sovereignty over Lebanon.

Of course, the war in Lebanon, in the end, was a straight shootout between Israel and Syria's proxies. Since Israel withdrew in 2000, Syria's allies have been firmly in control. Then, like now, the fate of Russian missiles and military advisers was a key worry of the United States and Israel. Russia had military advisers and surface-to-air missile batteries in Lebanon, as it now has in Syria.

Similarly, Israel had the South Lebanon Army as a buffer between the Syrian army and Israeli forces. During the current conflict, Israel has provided support to anti-Damascus forces above the Golan. This has also tested the nerve and loyalty of Israeli Druze, who have openly revolted against Tel Aviv in what they see as a violation of not just the "Druze buffer" in southern Syria, but also the majority Druze support for Assad.

The question of Iran

Then, like now, it was Russian support for Damascus that was strategic in winning the peace, and despite Iran’s presence in Lebanon, Israel and the US accepted that Damascus would settle the fate of Lebanon. Now a repeat is happening in Syria.

Despite much hype about the Shia crescent and the undeniable rise of Iranian influence in the Levant, it is often overstated how much actual influence Iran has over Damascus. Patrick Seale, Jubin Goodarzi and Barak Barfi have all written extensively about how Iran has never fully controlled Syria and Damascus has always differed in policies in neighbouring Iraq and Lebanon.

Iraqi specialist and policy adviser Emma Sky also wrote in her book how Syria backed opposing sides to Iran after the US invasion of Iraq. The answer is relatively less complex than observers make it out to be; Iraq and Lebanon have Twelver Shia majorities, while Syria has never had a history of either mainstream Shia Islam or believing in the same politics as the mullahs of Tehran.

The alliance has primarily been one of convergence in Lebanon, yet even there Damascus has favoured groups that oppose Tehran whenever it has suited the Syrian security apparatus. Even in the current conflict, the former head of Syria's political intelligence, Rustom Ghazaleh, was dead opposed to Iranian involvement in southern Syria, precisely because Syria could not afford to provoke Israel, given the Syrian military was stretched on all fronts.

There has also been a clear rift between the Syrian army and some parts of the Iranian forces and militias under it. The view from the Syrian army has always been that Russia has helped the Syrian state, army and intelligence, while Iran has assisted its own proxies without directly helping the military.

It was for this reason that Bashar al-Assad and the Syrian army called for Russian help - and as soon as the Syrian military got that support, the turnaround was significant.

Of course, one cannot underestimate Iranian support to Damascus during this war; Iran knows the limits of its presence and has given an indication publicly that it will let the Syrian military take over the south. This is a clear admission of its own limitations and overreach in the conflict.

Deal or no deal?

It is still unclear what kind of precise deal can be reached between Israel and Russia over southern Syria. There has been a report in a trusted Israeli newspaper of a conversation between Moscow and Tel Aviv to allow the Syrian military to retake the south, as long as there are no Iranians or its proxies involved in the battle and post-conflict stabilisation.

Nabih Berri, another ally of Damascus in Lebanon, has hinted that a full Iranian withdrawal could take place once US forces leave Syria. President Donald Trump and the Americans are certainly not interested in the south or in staying in Syria much longer than needed – and if they feel that the Russians and Israelis have reached a deal, that would suit them perfectly.

This is pretty much a repeat of the 80s playbook, when once the Americans quit Lebanon, they favoured Hafez Assad running the show, despite Israeli opposition. Then, as now, the US logic was that Russia could influence Damascus to avoid an all-out war in the Levant.

This is the greatest legacy the late Hafez Assad passed on to his son - the game of chess on the Israeli border would always decide the fate of Damascus. If indeed a deal is reached in the south of Syria, it would go some way towards further entrenching the return of the Syrian government to near full control of the country.

- Kamal Alam is a visiting fellow at the Royal United Services Institute (RUSI). He specialises in contemporary military history of the Arab world and Pakistan, he is a fellow for Syrian affairs at the Institute for Statecraft, and is a visiting lecturer at several military staff colleges across the Middle East, Pakistan and the UK.

Photo: Israeli tanks take positions near the Syrian border in the Israeli-annexed Golan Heights on 9 May 2018 (AFP)