The tragedy of the Hajj goes deeper than sectarian politics 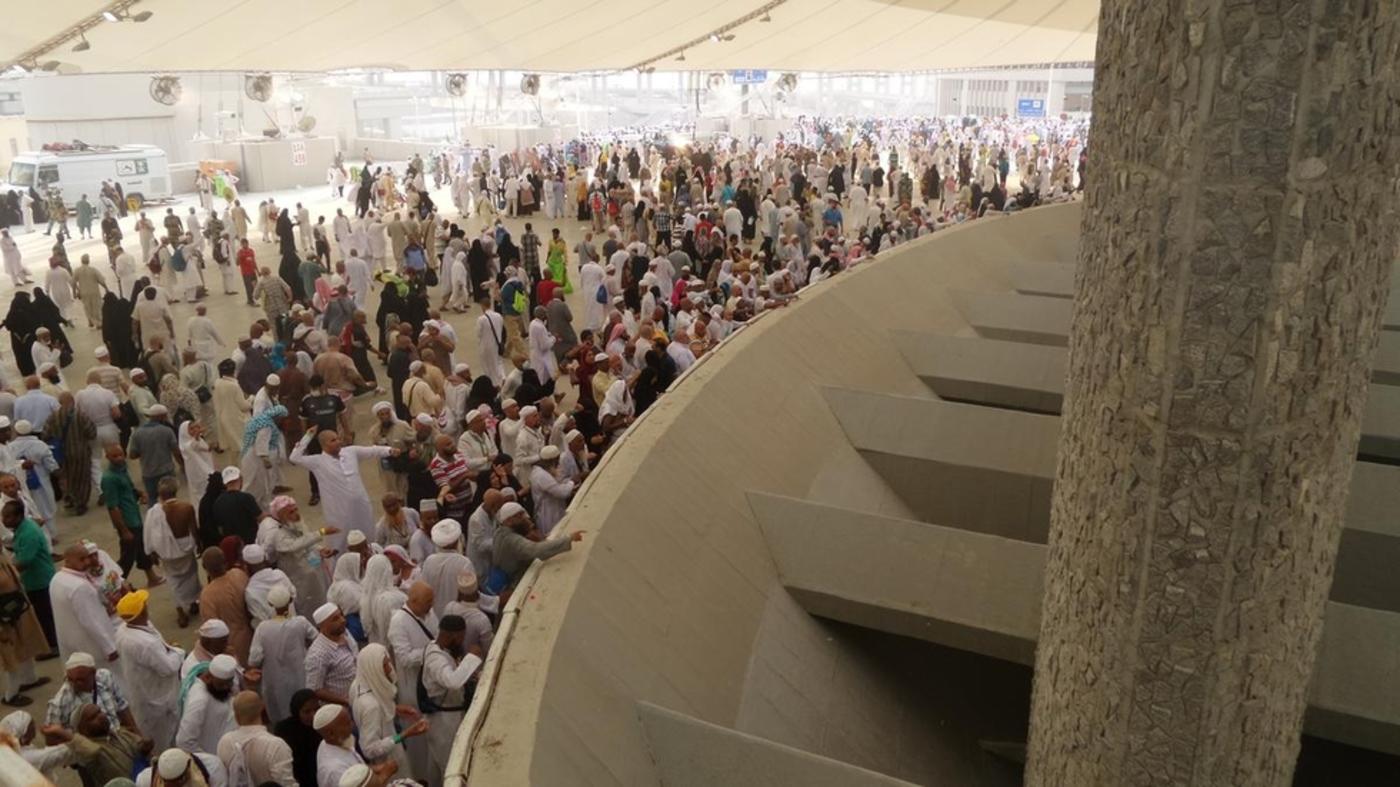 The annual pilgrimage called the Hajj means many things: it’s a religious duty for every adult muslim to perform at least once in their lifetime if they are able; it’s one of the five pillars of Islam; it’s a melting pot of every nation united by one religion; it is stunning and exhausting. It is also a barometer of the Muslim Ummah (the global Muslim community); a chance to measure its pulse, its mood, its health.

To judge from last week’s tragedy when pilgrims were crushed to death as two waves converged on a narrow road before performing a major rite known as the Jamarat or Stoning of the Devil, the Muslim nation is not in good shape.

The numbers alone of those who perished are now the subject of bitter controversy. Iran’s Press TV published reports claiming that over 4,000 pilgrims had been killed. Indian and Pakistani authorities claimed that Saudis told foreign diplomats that over 1000 had been killed, while Saudi Arabia itself put the death toll at 769, although the figure is rising.

Iran’s Supreme Leader Ayatollah Khamenei demanded an apology from the Saudi royal family. Its president Hassan Rouhani called for a UN investigation, and its prosecutor general Sayed Ibrahim Raisi said on state television that Iran would seek the trial of the Saudi royal family over its "crimes" in "international courts".

Saudi Arabia, in turn, pointed the finger at the role a group of Iranian pilgrims allegedly played in the disaster. Asharq al-Awsat quoted a Saudi official who liaised with the Iranian Hajj mission. He claimed the 300 Iranian pilgrims did not stop at their designated tents on Thursday morning. Nor did they obey the allotted timetable for each group. He claimed the Iranian pilgrims marched straight to Street 204 in the opposite direction from where the main body of pilgrims was walking, causing the crush. At least 140 Iranians died there.

Clashes between Iran and Saudi Arabia over the annual pilgrimage go back a long way – beginning when Muhammad ibn Abd al-Wahhab began, and King Abdul Aziz Ibn Saud, continued the destruction of shrines revered by the Shia. Iranian participation in the Hajj has on several occasions been suspended, not least after an incident in 1987 when over 400 pilgrims died in clashes with Saudi police which were variously described as a riot and a massacre.

Care of the holy places of Islam remains a source of legitimacy for the House of Saud and one that is challenged by its neighbour, Iran. This year’s Hajj was the first to be supervised by the newly appointed crown prince, Mohammed bin Nayef, and it was a test of the new regime under King Salman. What happened at the Hajj is politically highly sensitive in the kingdom.

To add to that, sectarian feelings are running high. No more so than in a year in which the two regional powers Saudi Arabia and Iran are pitted against each other in three proxy conflicts in Yemen, Iraq and Syria.

There are, however, simpler more local explanations of what happened outside Mecca last week, which defy the tempting logic of sectarian politics.

The following account is taken from a Sunni British pilgrim who passed through the narrow roads just before the crush and was only aware of what had happened when his mobile was inundated with texts from friends asking if he was all right.

Problems with the movement of the officially declared 1.4 million pilgrims started well before the day of the tragedy. There were long queues at Jeddah airport. Some had to wait nine hours - longer than their flight - just to get through passport control. The only guides present were security guards, either from the National Security Guard or the Army. There were no civilian information centres, and no-one who could speak anything other than Arabic to guide the multilingual throng or answer their questions.

The Hajj is a logistical nightmare, but twice this number has been handled without incident. A guide who has been organising Hajj trips for the last 25 years said: “This is one of the worst I have seen.”

The ritual proscribes specific times for pilgrims to be at the various stages in their journey: pilgrims have to be within the boundaries of the correct area for each ritual. During the eighth day of Dhu Al Hijjah (the Arabic calendar), pilgrims have to assemble in Mina five miles outside Mecca; on the morning of the ninth they move another 12 miles to Arafat and stay there till sunset; then they move to Muzdalifah from where they advance on Jamarat between midnight and sunrise by the 10th day, which is the day of Eid.

These are the two most packed days, when the movement of over one million pilgrims depends on buses and a newly constructed light railway, the Sacred Sites Railway Project, which cost $7bn to build. Last Thursday both failed.

“I was one of the luckiest in the first group trying to move from Muzdalefah to Jamarat,” the British pilgrim said. “I waited on the platform for three and half hours with elderly men and women collapsing around me. We saw empty trains come and go, for no obvious reason. There was no information, only messages that some of the trains were not for our use, but for the staff of the company running the trains.”

At 7am on Wednesday, the train service all but stopped completely. Such was the crush at the gates, 204 pilgrims collapsed or needed medical treatment. The buses were even worse. They did not manage to leave Arafat before 4am on Thursday, 10 hours after they should have done.

So many pilgrims just started walking - the round trip back to Mecca took them nine hours in more than 40 degrees of heat.

At the site of the tragedy, two waves of pilgrims, one coming from Mina, and another crossing Mina collided with another group of pilgrims walking the opposite way. The private security guards around the tented encampments of pilgrims at this junction refused initially to open the gates to relieve the pressure on the road. In seconds the bottleneck became a stampede.

The chaos continued long after the crush. Pilgrims walked hours in the heat to get taxis back to their residences in Mina or the outskirts of Mecca. The authorities closed the roads around the Sacred Mosque for six kilometres in certain directions.

The horrors of the train are well known, but in today’s Saudi Arabia it is still a crime to tweet about them. Last year a TV preacher Mohammed Arefe, with 12 million followers on Twitter, got 40 days in prison for tweeting that the holy sites train was “one of the worst in the world”.

The moral of this story?

Whatever else it represents, the Hajj has an important social message. In the dress pilgrims wear, the numbers that it draws, the Hajj is one of life’s great levellers. Rich and poor, Sunni or Shia, from east or west, Asia or Africa, millions of pilgrims arrive at the same point in time, in the same garb, to share the same ritual. When the Prophet performed the Hajj, he did so as an individual without security guards. This message is anathema to the modern Arab or Iranian state, where the state exists to serve its ruling elite and security is for the wealthy.

But there is a deeper lesson. One of the questions raised by this tragedy is the extent to which Muslim rulers value ordinary human life.

Nowhere is this being violated so consistently and so brutally than in Muslim lands - by the barrel bombs Bashar Assad drops on Syrian cities and villages (with the active support of Iran); by the Egyptian army massacres of unarmed protesters on the streets of Cairo (with the funding of Saudi Arabia) or by the thousands of refugees taking to dinghies in the Mediterranean and drowning.

The Hajj is just another, in a long, long list of tragedies. Saudi Arabia and Iran have many differences, but both claim to derive their legitimacy from Islam itself. Each clings to a different narrative but both agree on the centrality and strict following of the Prophet of Islam, Muhammad. And both ignore his central teaching.

He taught his followers 14 centuries ago that the sanctity of a single human life is for God much greater than the demolition of the Kaaba itself. The teaching that human life is sacred is as much an Islamic principle as it is a universal one.

Neither Saudi Arabia nor Iran, whose governments war with each other, are mature enough to tap the potential of their people and this comes through loud and clear in their treatment of pilgrims, whose act of worship they claim to protect. The guardianship of the Two Mosques is a source of legitimacy, not a duty nor a pledge of responsibility.

Only when this legitimacy is earned in free elections, when citizens have rights, and guests have even more, when ministerial portfolios are awarded on merit, rather than handed down as the goods and chattel from prince to princeling will the problems of the Hajj be addressed.

Photo: Prospective pilgrims stone the Devil as part of the annual Islamic Hajj pilgrimage during the third day of Eid Al Adha in Mecca, Saudi Arabia on September 26, 2015. (AA) 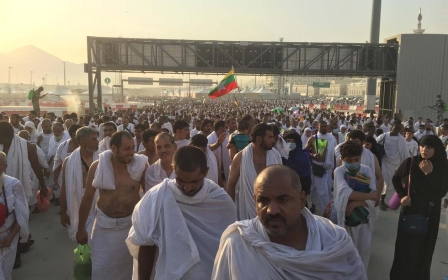 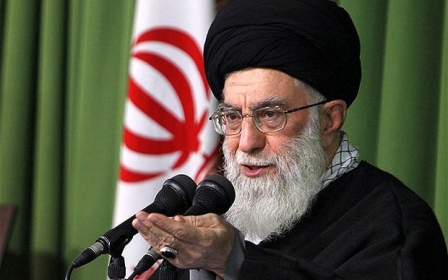