Trouble ahead: growing rift between Israel and its allies 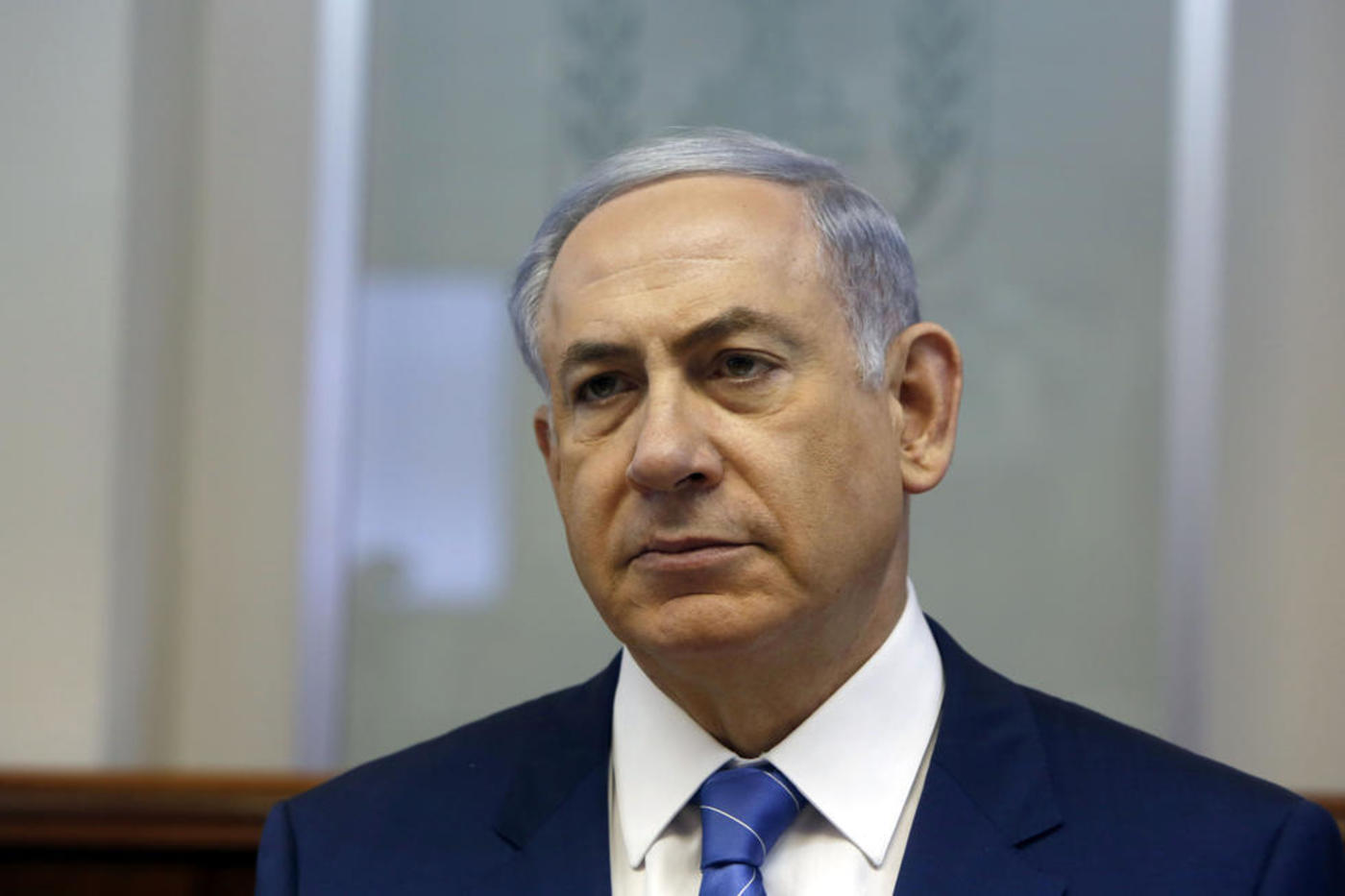 The day after the Iran deal was concluded in Vienna, Labour MP Ian Austin accused UK Foreign Secretary Philip Hammond of backing an “absolutely terrible deal” that had left “people…utterly dismayed in Tel Aviv”. Hammond’s response was blunt, and worth quoting in full:

The question we have to ask is what kind of a deal would have been welcomed in Tel Aviv. The answer, of course, is that Israel does not want any deal with Iran. It wants a permanent state of stand-off, which I do not believe is in the interests of the region or in our interest.

It was a brief exchange - but a telling one. For here was a Conservative foreign secretary telling Parliament in no uncertain terms that not only does Israel want “permanent” conflict with Tehran, but that, on this occasion at least, Israel’s perceived strategic interests diverge from those of the UK.

The story of the Iran nuclear agreement, and the responses to it, is the latest indication that suggests Israel’s relationships with its traditional allies are headed towards troubled waters. The disparity in the reactions to the deal by Israeli leaders on the one hand, and Western politicians and policy centrists on the other, speaks to a more substantial, and long-term significant, gulf.

In Israel, the deal with Iran was slammed not just by Israeli Prime Minister Benjamin Netanyahu and members of his cabinet, but also by key opposition figures; Labor chair Isaac Herzog, for example, called it a “bad” agreement that “endangers [Israel’s security interests,” and declared himself “more extreme than Netanyahu” when it came to security-related matters.

It wasn’t just the politicians - the vast majority of mainstream Western foreign policy-focused analysts and think tanks were also positive about the agreement. But it was the on and off the record comments by US officials that were the most striking contrast with Netanyahu’s hyperbolic talk of an “existential” threat.

Unnamed Obama administration officials echoed Hammond’s comments, telling Israeli newspaper Haaretz how “they had reached the conclusion” that Netanyahu “was not interested in any nuclear arrangement with Iran - except for one in which Tehran completely capitulates but is denied sanctions relief in return”.

In a White House press conference, Obama mocked Netanyahu’s claim that Iran ultimately seeks to “take over the world,” while Secretary of State John Kerry slammed talk of an alternative deal he called a “unicorn arrangement.” Obama has also stated his intention to prevent Israeli efforts at swaying Congress, and called out the “money” and “lobbyists” working against the deal.

While the differences over the Iran deal constitute an important signpost, the issue is also likely to accelerate a process that is itself a second important signpost: the transformation of Israel into a partisan issue in American political life.

Earlier this summer, a survey conducted by political consultant Frank Luntz - who has previously advised Israel advocates on how best to defend West Bank settlements - found that support for Israel is dropping amongst so-called “Democratic opinion elites”. 47 percent of Democrats polled, for example, agreed that Israel is a racist country - compared to just 13 percent of Republicans.

According to Luntz, this was evidence that “Israel can no longer claim to have the bipartisan support of America”. A Bloomberg poll in April indicated a similar trend, “a shift that may represent a watershed moment in foreign policy and carry implications for domestic politics after decades of general bipartisan consensus.” As one contributor to Haaretz put it, Israel is “becoming a partisan issue in the United States, and with alarming speed”.

These poll results follow similarly interesting findings almost exactly a year ago, when a Gallup poll conducted during ‘Operation Protective Edge’ found that 51 percent of American adults under-30 considered Israel's attack on Gaza to have been unjustified, compared to 25 percent who thought it justified. Amongst people of colour, it was a similar difference: 49 percent versus 25 percent.

The third signpost is the growing impatience amongst European Union (EU) leaders, including from those governments who have been among Israel’s strongest allies. Last month, during a visit to Israel, Czech Foreign Minister Lubomir Zaoralek attacked West Bank settlement construction, and even used the dreaded “A word”.

We want to avoid initiatives against Israel, but it is getting more difficult with the current government and with the opposition to the two-state solution. What is the alternative, to deteriorate towards apartheid?

Anonymous Israeli “political sources” cited by Yedioth Ahronoth said that the FM’s criticism “reflects our situation with the European Union. Our friends also feel the tension. [Zaoralek] considers himself a friend and came here to tell the truth as he sees it. The Czech Republic is no longer in our pocket."

On 16 July, Hammond went to Israel and met with Netanyahu. Prior to their discussions, the pair held an awkward, press conference where the British diplomat stated that without progress in the comatose peace process, there was a real “risk” that “Israel's standing with public opinion around the world will decline further”.

Support is growing for the EU to close the gap between its stated commitment to human rights and Palestinian independence, and its practical policies, and notably its reluctance to pursue punitive measures targeting Israeli impunity. In January, 63 cross-party MEPs urged EU foreign policy chief Federica Mogherini to suspend the EU-Israel Association Agreement. More recently, 73 MEPs called for the EU to stop funding Israeli military companies through research programmes.

For now, there remains a “copy and paste” quality about EU condemnation of Israeli steps that consolidate occupation. On 29 July, a settlement expansion announcement was greeted with a familiar-sounding statement reiterating Brussels’ expectation that the Israeli government should “demonstrate its commitment to the two-state solution not only in words, but also through its actions”.

Yet behind such responses, and those of a “deeply concerned” US State Department, is a growing impatience with a rejectionist Israeli government that refuses to play the game. Meanwhile, at the level of civil society, both Europe and the US are witnessing the growth of the Boycott, Divestment, and Sanctions (BDS) campaign, whose activists are demanding that their elected representatives, trade unions, pension funds, and universities, end their complicity in Israeli apartheid.

It is not impossible that these trends could be reversed - but this is unlikely, given the more fundamental direction of Israeli politics, and longer-standing trends within Jewish Israeli society. Nor is a clash between Israel and its allies unprecedented - AIPAC, for example, has taken on the White House twice previously (and lost both times).

But there is currently a convergence of developments that point to something more troubling for Israel’s longer-term relations with its Western allies. When even a stalwart Israel-backer like Democratic senator Dianne Feinstein is warning Netanyahu that “demolishing Palestinian homes, displacing residents, and seizing additional Palestinian territory in the West Bank” would be “a step away from peace,” then you know that the times are a-changin’. 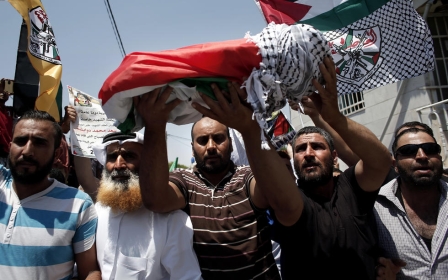 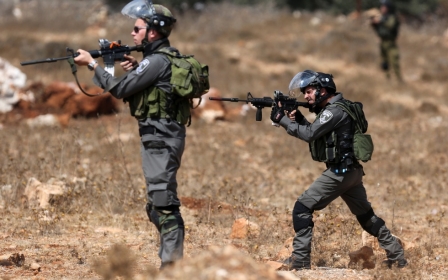 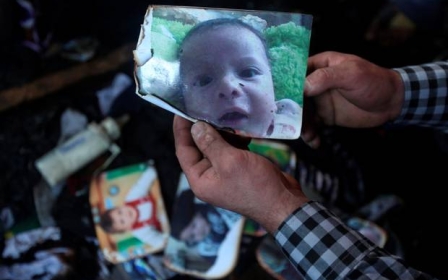