Trump is reviving the 1953 coup plan against Iran. It won't work twice

Sina Toossi
In seeking to isolate and weaken Iran today, in alliance with Israel, UAE and Saudi Arabia, the US administration is threatening regional and international peace and stability 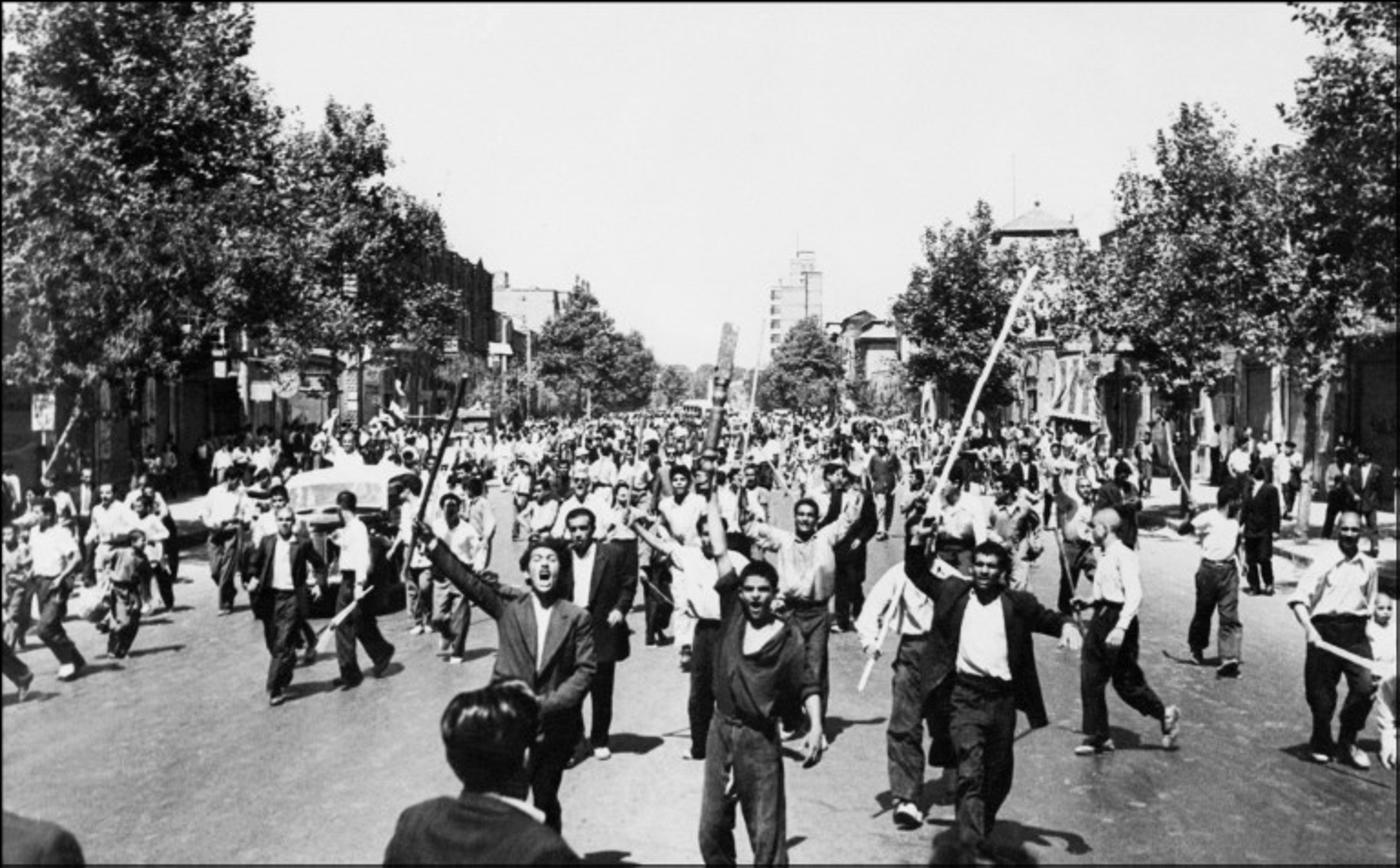 US President Donald Trump’s national security adviser, John Bolton, has declared that the administration's "maximum pressure" campaign against Iran aims to "squeeze them until the pips squeak”.

The White House has said it aims to "starve the Iranian regime" of revenue, while according to former secretary of state John Kerry, the administration is "pursuing a policy of regime change”. Trump officials maintain they only seek "behaviour change".

In assessing the Trump administration's Iran policy, the 1953 US-UK coup against the government of Iranian prime minister Mohammad Mosaddegh is a useful historical parallel.

The US approach towards Mosaddegh was marked by economic warfare and diktat, not unlike the Trump administration's strategy today. Importantly, Mosaddegh's overthrow was not a sudden event, but was preceded by an oil embargo, covert actions and close coordination among outside powers.

During his premiership, Mosaddegh was portrayed as a major security threat by the Western press, which routinely described him as "fanatical", “dictatorial" and "unprepared to listen to reason and common sense". Mosaddegh's seminal offence was ordering the National Iranian Oil Company in 1951 to take over the Anglo-Iranian Oil Company (now known as BP), which controlled Iranian oil resources, after negotiations on a smooth transfer fell through.

While the 1953 coup was characterised by close cooperation between the US and UK governments, the Trump White House's Iran policy has been closely coordinated with Israel, Saudi Arabia and the UAE

The British responded by blockading the export of Iranian oil and imposing other stringent economic sanctions, including, as historian Mark Gasiorowski notes, an embargo "on British exports to Iran of iron, steel, sugar and oil processing equipment". Gasiorowski adds: "Sterling conversion privileges were cancelled and other financial restrictions were imposed which violated a memorandum of understanding between the two governments."

These sanctions were aimed at eroding Mosaddegh's base of support and enabling his eventual overthrow. The coup de grace came in August 1953, after pro-monarchy demonstrators organised by the CIA attacked Mosaddegh's home, leading to a nine-hour battle in which roughly 300 people were killed.

Mosaddegh surrendered to retired general and CIA asset Fazlollah Zahedi the next day, and power was soon returned to Shah Mohammad Reza Pahlavi, who established a dictatorship that lasted 25 years.

Today, the Trump administration is similarly seeking to blockade Iranian oil. As Brian Hook, the State Department's special representative for Iran, has stated: "I think right now our goal is to deny Iran … the revenue that it needs; 80 percent of its tax revenues come from the export of oil."

In reality, Iranian oil exports account for roughly 30 percent of government revenues, according to most estimates, but Hook's self-avowed goal to deny Iran revenue reflects the bygone Mosaddegh era.

Strikingly, just as the Trump administration is pushing Saudi Arabia and other oil exporters to increase production to make up for lost Iranian exports, during the Mosaddegh period, it was the US that helped the British substitute for lost Iranian oil.

As Gasiorowski states: "US officials developed a plan to ease the effect of the British oil blockade on US allies … Under this plan, US oil companies were asked to provide oil voluntarily to those allies that had been adversely affected by the blockade."

Historian Ervand Abrahamian notes that the coup was also marked by "psychological warfare" by the CIA, which included "hiring goons to beat up demonstrators and newspaper sellers as well as resorting to ‘poison pens, personal denunciations, and rumour mongering’.”

Today, according to US officials, the Trump administration has “launched an offensive of speeches and online communications meant to foment unrest and help pressure Iran”. The White House has also reportedly teamed up with Israel to form a joint working group focused on “internal efforts to encourage protests within Iran”.

Indeed, while the 1953 coup was characterised by close cooperation between the US and UK governments, the Trump White House's Iran policy has been closely coordinated with Israel, Saudi Arabia and the UAE. In June, a senior Trump adviser told the New Yorker of the emergent "strategic alliance" between these states and the Trump administration: "Iran is the reason why this is all happening.”

The origins of the anti-Iran alliance trace back to the efforts of George Nader, an intermediary of Emirati Crown Prince Mohammad bin Zayed, and Joel Zamel, an Israeli "social media strategist" who the New York Times describes as having "deep ties" to Israel's "intelligence and security agencies”. After Trump's election, Nader and Zamel worked closely with his administration to develop a confrontational new Iran policy.

In a January 2017 meeting in New York between Trump officials, Nader, Zamel and Saudi General Ahmed al-Asiri, they discussed "a multi-pronged strategy for eroding, and eventually ending, the current Iranian regime - including economic, information and military tactics for weakening the Tehran government”.

Pompeo's 12 demands of Iran also evoke the maximalist and untenable nature of the demands made of Mosaddegh ... [amounting] to a call for unilateral Iranian disarmament on its core means of providing for its national security

Asiri, notably, is a former close confidant of Saudi Crown Prince Mohammad bin Salman who was elevated to deputy Saudi intelligence chief before being sacked in the wake of the Jamal Khashoggi murder. In a March 2017 meeting in Riyadh that he attended, Nader and Zamel were reportedly asked whether they were "interested in killing senior Iranian officials" as part of a Saudi-funded economic and political sabotage operation.

On top of the administration's collective-punishment pressure tactics, Secretary of State Mike Pompeo's 12 demands of Iran also evoke the maximalist and untenable nature of the demands made of Mosaddegh regards Iranian oil.

Pompeo’s demands amount to a call for unilateral Iranian disarmament on its core means of providing for its national security. These include abandoning its ballistic missile programme and its regional influence - which Iranian leaders view as providing it with critical strategic depth to deter foreign aggression.

Regardless of Iranian intentions, to expect Tehran to concede its core security interests in the face of a united front comprising the Trump administration and its regional allies - who have not hidden their desire for a US war against Iran - is fantasy. As a September letter by prominent national security leaders stated, Pompeo's demands leave Iran "the option of either capitulation or war”.

The 1953 coup reversed Iran's trajectory towards more democratic governance and independence from outside machinations. Most consequentially for the US, the coup had a radicalising effect on the Iranian population and created fertile ground for the rise of Ayatollah Khomeini's Islamic movement.

As Abrahamian underscores, after the coup, "Iranians began to see the main imperial enemy as no longer just Britain but Britain in cahoots with America”.

Today, the Trump administration has been tempted once more to interfere in Iran’s domestic affairs. As the Iranian people continue their struggle for greater freedoms and justice, the risks of Trump’s approach are in some ways greater than 1953. Just as the coup installed a despotic regime and planted the seeds for blowback, Trump and Mohammed bin Salman’s schemes are unlikely to lead to greater stability or peaceful democratic change, which can only come from the Iranian people pushing their government in line with their aspirations.

Yet, the regional and international context today is starkly different than that of 1953. As Abrahamian stated, the coup was an act of "imperialism in a semi-colonial state”. In the current post-colonial age and increasingly multipolar world order, the US is less able to threaten or destabilise a developing nation.

Not only can Iran raise the costs of hostility towards it through its regional proxy network and asymmetric military capabilities, but the rest of the international community - namely Europe, Russia and China - are staunchly opposed to the Trump White House's Iran policy. In seeking to isolate and weaken Iran today, the Trump administration is threatening regional and international peace and stability.

- Sina Toossi is a research associate at the National Iranian American Council (NIAC).

Photo: People shout slogans during riots in Tehran after the 1953 coup (AFP)