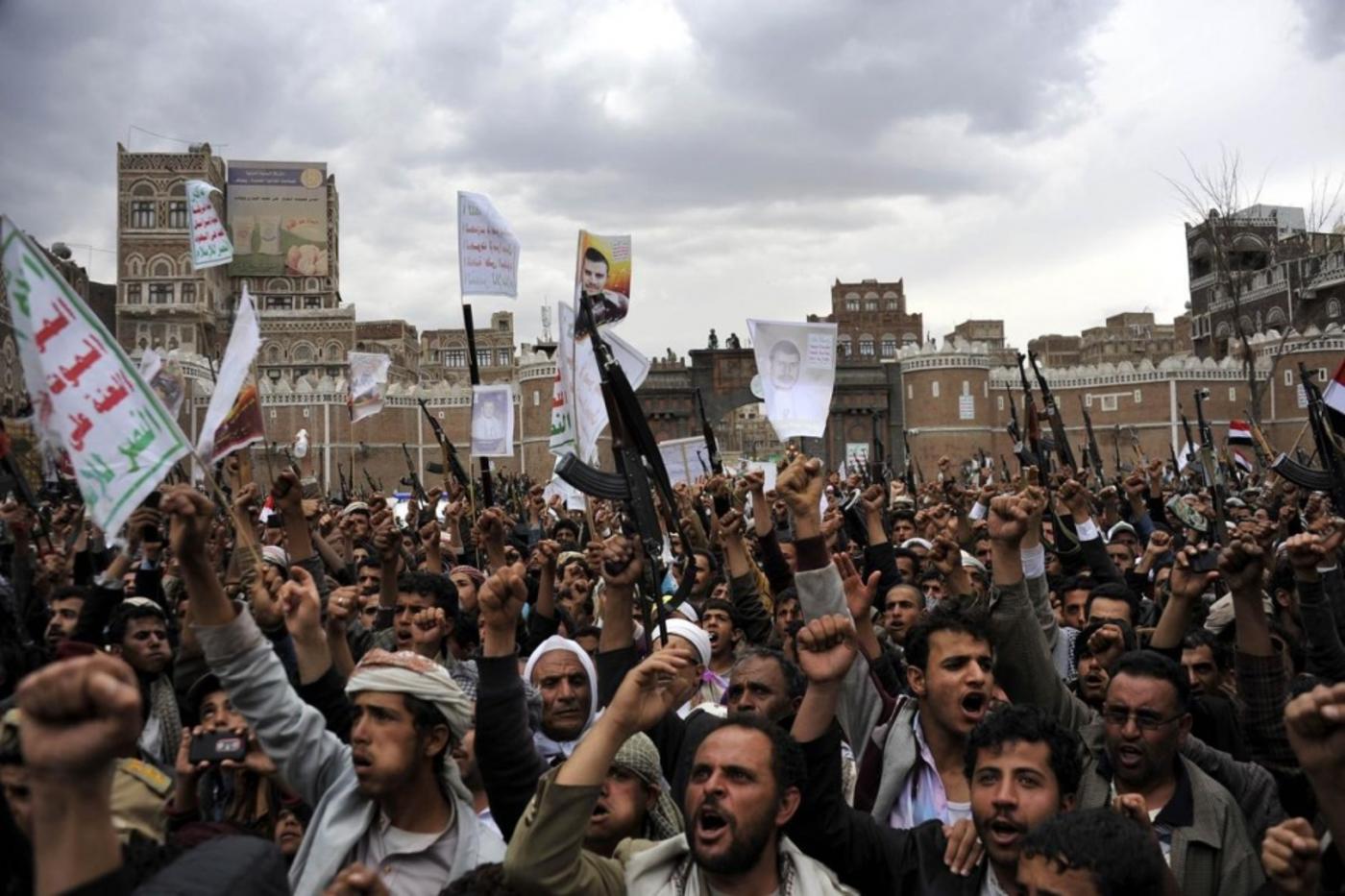 As Saudi Arabia began assembling a combination of Muslim countries and Western allies for its “Storm of Resolve” military operation to reverse gains by the Houthi movement in Yemen, Turkey’s President Erdogan quickly and unambiguously offered support. Talking to journalists in Ankara on Thursday, the president announced his support for Saudi Arabia’s airstrikes on the Houthi rebels and suggested Turkey might give logistical support to the movement against them. He also discussed the problem in a telephone conversation with US President Obama, with the two leaders apparently in agreement on the need to act.

Mr Erdogan’s instant backing over Yemen contrasts with the much slower and more subdued response by Turkey to the rise of Daesh (Islamic State) on its southern borders last summer. And it has already set the alarm bells ringing among some commentators in Turkey who believe that confrontation looms with Iran - something Turkey has avoided not just for decades but for centuries.

Turkish commentators have recently warned that the closer alignment with Saudi Arabia, which President Erdogan seems to have discussed on a visit to that country at the beginning of March, could be a serious miscalculation if it leads to confrontation with Iran.

Erdogan fires off salvo against Iran

Erdogan, who is due to visit Teheran in the first week of April, apparently has no such anxieties. On Thursday, he accused Iran of “trying to dominate the region” with a “sectarian agenda.” Turkey could "not tolerate” Iran’s bid for regional dominance. The accusation is that Iran has moved into Iraq, as well as consistently backing Assad in Syria, and that it has used the fight against Daesh as a means of boosting its presence in Northern Iraq.

This line, and some much stronger comments, can also be found in the pro-AKP Turkish press. Ibrahim Karagul, the leading commentator in Yeni Şafak, accuses Iran of trying to start a regional war and says that even Saudi Arabia has made serious mistakes in trying to eliminate the influence of the Muslim Brothers.

Most of Turkish official concern about rising Iranian influence relates to Iraq, a generation ago Turkey’s closest friend in the Middle East, but since the US-led invasion of 2003 an area of constant concern for Ankara. Until very recently Turkey’s relations with the Shia-dominated Iraqi government have been very chilly. The Iraqi Sunni leader and former deputy prime minister, Tariq al-Hashimi, fled to Turkey in the early months of 2012 and has lived since then in Ankara.

By contrast with Iraq, the overthrow of President Hadi’s government in Yemen is not a frontline issue for Turkey where there appears to be almost no knowledge of the country and nothing written about it by academics. However, a rapid growth in Iran’s presence in the Arabian peninsula, and the destabilising effect that this would have on the Gulf states clearly is of interest to Ankara. So the belief that Iranian influence needs to be curbed seems to be genuine. But the Yemen crisis also gives Turkey a golden opportunity to use its solidarity to normalise relations with Arab countries at odds with it because of its support for the Muslim Brothers.

A key question is how high a price Turkey might have to pay for such a confrontation. Iran is important for Turkey both as a trading partner and energy supplier - there had been hopes of reaching a bilateral trade volume of $30 billion in 2015, up from a third of that only five years ago. Iran is also an important player in the politics of the Caucasus and Azerbaijan and Armenia, though Turkey enjoys a considerable advantage as the transit route through which much of Iran’s trade passes. Iran is also very important as a bulwark for Turkey against Kurdish nationalist militants, though at present its attitude towards its own PPK offshoots is highly confrontational.

If “Storm of Resolve” really does turn into a serious regional war, perhaps with ground troops from other countries going in – Egypt, Jordan, Sudan and Pakistan have been suggested as possible suppliers of soldiers - then Turkey’s logistical support might be a vital element in the alliance. Turkey has not sent troops into the Syrian civil war and its foreign minister has quickly ruled out sending troops to Yemen. This would be very unpopular in the country and general elections are due in June.

However, Ankara’s calculation at this stage is probably that a full-blown regional war over Yemen is not actually on the cards and that “Storm of Resolve” is more of a calculated attempt to get Iran to back down through a pre-emptive display of overwhelming force from a coalition of seven or eight countries.

Nipping the Houthi movement in Yemen in the bud might be messy, given Yemen’s past history of guerrilla fighting, but is probably militarily attainable for Saudi Arabia and its allies. For Iran the risks of intervening would be much greater. Providing assistance to the Houthis by conventional military means as opposed to minor covert ones, would be strategically difficult because of geography and would intensify the country’s international isolation.

If the crisis over the Houthis is short-lived, damage to Turkish-Iranian relations, which are always based on pragmatic realism and common interests, might not be containable. But President Erdogan’s remarks have raised the stakes by igniting anger in Iran and are unlikely to be forgotten.

On Friday afternoon, Javad Zarif, the Iranian foreign minister, speaking in Lausanne responded to the president’s comments with the withering comment that “Those who have inflicted irreparable damage with their strategic mistakes and high ambitions would better adopt wise policies to use the potential they have to preserve regional peace and integrity.” His words will have touched a sensitive spot. The Turkish government faces critics at home who say that its policies in Syria have been an expensive failure.

So although the outcome of the crisis over Yemen cannot yet be predicted, it looks as if Turkish-Iranian relations have suffered a further downturn adding a new strand to the sectarian tensions in the Middle East, while Turkish-Arab relations may be recovering after a period of estrangement.