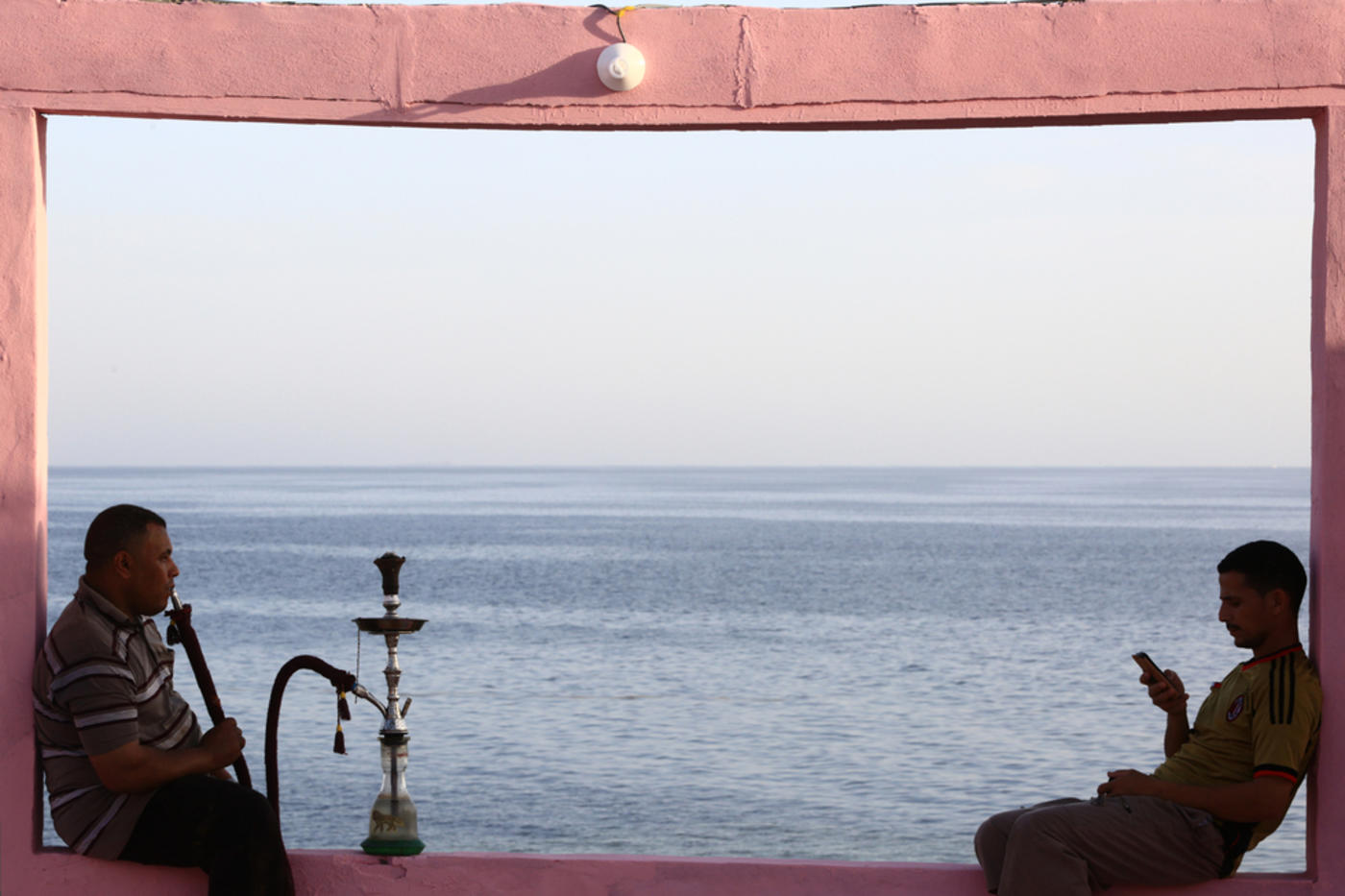 Middle East watchers are familiar with the considerable financial problems facing Saudi Arabia as oil prices continue to drag along the bottom and the country’s budget deficit balloons.

Government policy aimed at removing large subsidies on water use in order to tackle the serious state of public finances has met with a storm of protest on social media.

There have been widespread complaints over the implementation of a new water metering scheme brought in at the beginning of the year, in particular serious billing errors. Some residents complain their water charges have risen from a few dollars to several thousand.

In April the country’s long-serving water and electricity minister, Abdullah Al-Hussayen, was sacked by the royal family and, as part of one of the biggest shake-ups in the labyrinthine Saudi bureaucracy in recent years, his ministry was dissolved.

Everyone, including the Saudi government, is agreed that the country and its population of 32 million – including an estimated nine million non-nationals – are facing immense water-shortage challenges. With demand rising at five per cent per annum, the country is in danger of running dry within the next 20 years.

Predicted lower rainfall in future and increased temperatures caused by climate change are likely to exacerbate the problem.

Saudi Arabia is part of one of the hottest and driest regions on the planet, receiving on average about 100mm of rain per year.

Due to generous government subsidies, Saudis - living in a land dominated by desert with no natural rivers or lakes - have become used to paying virtually nothing for their water. As a result, they are among the world’s most prolific consumers, using on average up to 350 litres of water per person per day. In Europe the equivalent figure is about 130 litres per day.

In the more affluent areas of cites such as Riyadh and Jeddah, the figure climbs to more than 500 litres per person per day.

There has been chronic mismanagement of water resources. Half a century ago, Saudi Arabia sat on one of the world’s biggest and oldest aquifers, containing an estimated 500 cubic kilometres of water.

Scientists say that in one generation most of that massive amount of water has been exhausted, mainly through a seriously flawed agricultural policy.

Agriculture accounts for more than 80 percent of Saudi Arabia’s water usage. In the late 1970s and '80s, a programme of food self-sufficiency was pursued. The government subsidised pumps and energy so farmers could suck out underground water. Irrigation methods were primitive, with vast tracts of desert flooded for crops.

The country became one of the world’s biggest wheat producers. On average it takes 1,000 tons of water to produce one ton of wheat. Large herds of cattle were kept in air-conditioned pens.

In recent years the self-sufficiency programme has been abandoned: the government says it will stop subsidising and buying domestically produced wheat and many other crops this year.

Instead, Saudis have been urged to invest in land and water resources overseas as part of the King Abdullah Initiative for Saudi Agriculture Investment Abroad.

The activities of Saudis abroad and accusations of a "land grab" in countries such as Ethiopia and Sudan have come in for growing criticism.

Ironically, Al-Fahdli – who for many years has been CEO of Almaria, Saudi Arabia’s giant food conglomerate – is seen as one of the main architects of the country’s food self-sufficiency policy, presiding over the exploitation and near exhaustion of freshwater sources.

To cope with an ever more parlous water problem, the desert kingdom has become increasingly reliant on production from desalination plants. Saudi Arabia is by far the world’s biggest user of desalination technology, with its more than 30 plants on the coast processing millions of gallons of water each day, then piping it hundreds of kilometres to Riyadh and other population centres.

Over-dependence on desalination creates its own set of problems. Saudi officials are trying to curtail state spending but desalination is an expensive business. Estimates are that to keep up with water demand, as much as $29bn needs to be invested in desalination over the next 15 years.

The desalination process requires large amounts of energy. To fuel its desalination plants, Saudi Arabia uses up to 1.5 million barrels of oil per day – more than the entire daily oil consumption of the UK.

There is also a wider environmental issue: not only does the burning of oil during desalination result in more climate-changing carbon dioxide being emitted into the atmosphere, but the process also discharges large amounts of salt brine into sea water. This has resulted in increased salinity in Gulf waters, threatening fish stocks.

The Saudi authorities have tried to lower water use, mounting big publicity campaigns and giving away water-saving devices such as more efficient showerheads.

In some areas the campaigns have been successful, but the government is realising mistakes arising from its overly generous subsidy regime.

Once people have grown used to paying virtually nothing for services, they deeply resent any charges - even if the taps are running dry.

Photo: Two men sit on wall overlooking the Red Sea at a popular cafe in the northwestern Saudi town of al-Wajh on April 25, 2016. (AFP) 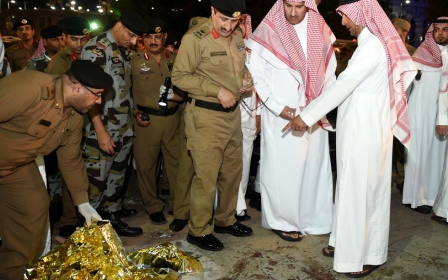 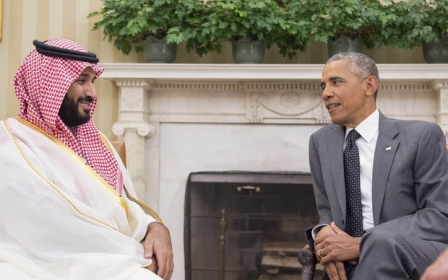