UK banks must drop their deadly investments in the arms trade

Ryvka Barnard
While Palestinians struggle for survival, arms companies are making a killing with investments from UK banks and financial institutions 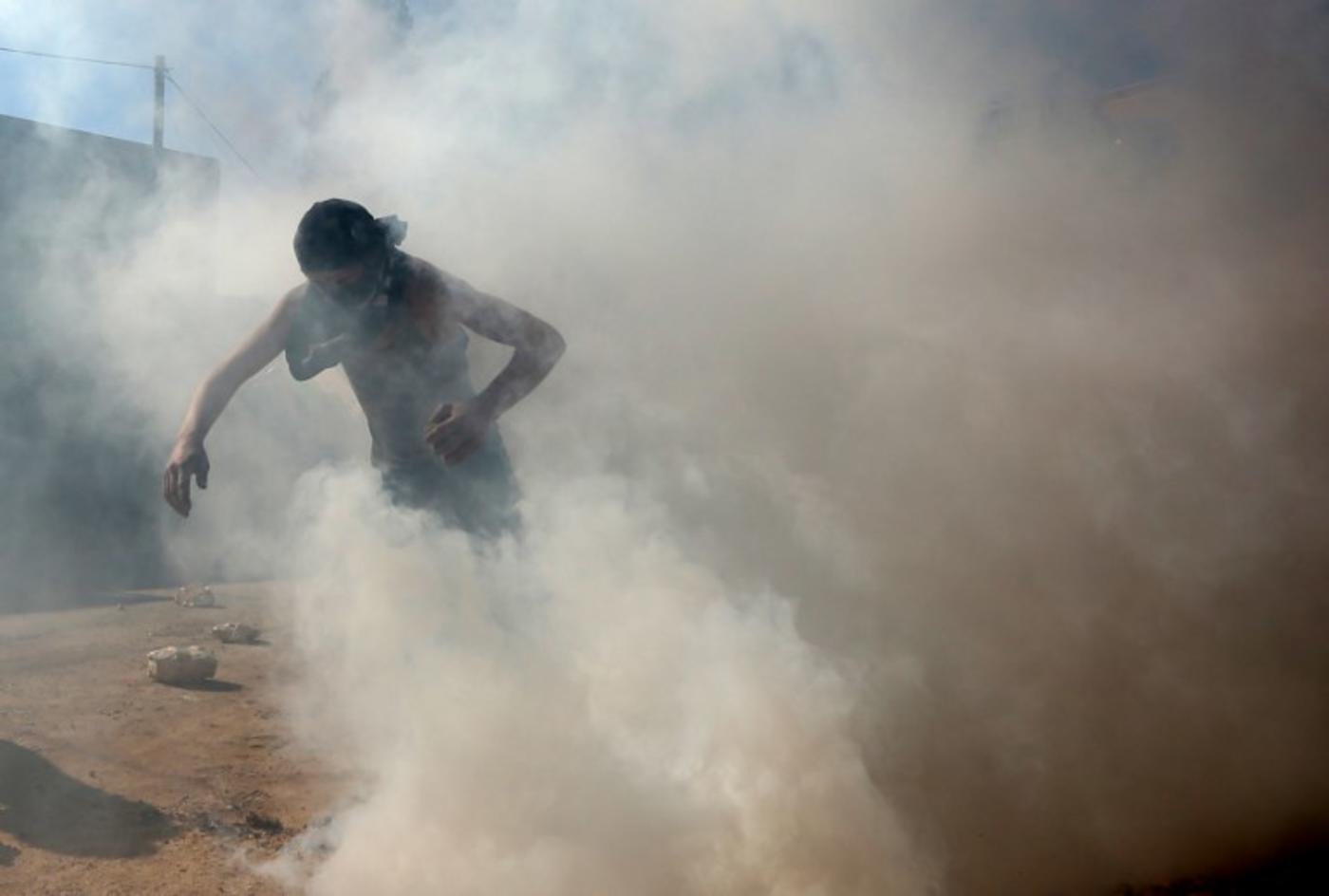 Three years ago this month, Israel launched a full-scale military attack on Palestinians in the Gaza Strip. After 50 horrendous days, more than 2,250 Palestinians had been killed and half a million displaced. The attacks involved strikes from air and sea, and extensive use of artillery and ground incursions by Israeli armed forces.

Now, years later, tens of thousands in Gaza remain displaced, wounded, physically and psychologically scarred. The already devastating poverty and insecurity in the Gaza Strip has increased, with over 70 percent of the population at risk of illness due to water contamination and 60 percent food insecure. All two million residents suffer from chronic electricity shortages, with current rates at as little as four hours of power a day.

This poverty and insecurity is a direct result of the blockade on the Strip, considered by the UN to be collective punishment, a war crime under international law. The blockade is enforced by the Israeli military - with help from its friends in Egypt - with gunboats off the coast, a wall with watchtowers and remote-controlled sniper guns, and scores of armed and surveillance drones.

While Palestinians struggle for survival, arms companies are making a killing.

What these weapons do

Companies such as BAE Systems, Lockheed Martin and Raytheon produce and export weapons to Israel used in daily violence against Palestinians. These weapons are used at armed checkpoints, restricting Palestinian movement in the West Bank. They are used in the targeting of fisherfolk in Gaza, shot if their boats stray beyond the narrow restricted fishing zone, as happened to Mohammed Bakr, killed by the Israeli navy in May 2017.

They arm the snipers taking shots at unarmed protesters, often resulting in injury or death, as was the case with Baraa Hamamda, a teen killed by Israeli soldiers who stormed his refugee camp early Friday morning. They provide tear gas grenade launchers, showering West Bank villages with toxic gas, sometimes causing deaths, like the 18-month-old baby Abdul Rahman Barghouti who died when Israeli tear gas canisters flew into his house.

War on Want’s new report, "Deadly Investments", exposes the business relationships between UK banks and financial institutions, and companies known to supply Israel with weapons and technology used in the oppression of Palestinians.

Some banks and financial institutions maintain these business relationships despite stated commitments to human rights. HSBC, for example, has a Defence Policy, which states that it has been progressively withdrawing from arms trade investments since 2000.

However, we found HSBC listed as a shareholder in all 19 arms companies we looked at, with investments totalling more than $1bn.

These excuses don't hold up to scrutiny.

This June, the Office of the UN High Commission on Human Rights issued guidance clarifying the obligations that banks have in respect of human rights under the UN Guiding Principles on Business and Human Rights. The document makes clear that banks’ business relationships with human rights abusing companies make them complicit.

The steps HSBC and others need to take are clear: end their business relationships immediately with companies selling weapons and military technology to Israel and any other regime committing systematic violations of international law.

Divest once and for all

While ultimately it is the Israeli government that must be held to account over its violations of Palestinian rights, it can continue to shirk responsibility so long as governments and companies around the world continue to lend material support to commit its crimes.

This is the insight lent to us by the Palestinian call for Boycott, Divestment and Sanctions, which 12 years ago proclaimed that Palestinians have had enough of waiting for Israel to spontaneously decide to end its decades-old belligerence. The BDS call stretched out a hand to civil society around the world, asking us to look at the companies in our communities that are aiding Israel’s war crimes.

BDS is 12 years old. We should celebrate, but the biggest victory is still to come
Nada Elia
Read More »

HSBC, with branches on all of our high streets, put in place its defence policy because of popular pressure and campaigns to end bank complicity in the arms trade. So we have our work cut out for us too: to push HSBC to take seriously its stated commitment to human rights and a safer world, and divest from the arms trade once and for all.

Photo: A Palestinian protester runs from a tear gas cloud during clashes with Israeli security forces following a weekly demonstration against the expropriation of Palestinian land by Israel in the village of Kfar Qaddum, near Nablus, in the occupied West Bank in February 2017 (AFP) 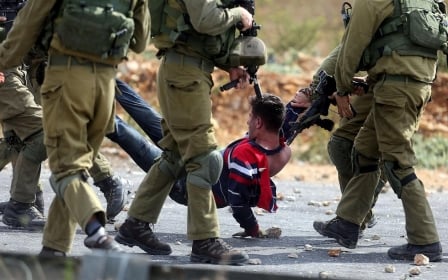