Boris Johnson condemns Myanmar coup, but is silent on genocide

Peter Oborne
British inaction in the face of the Rohingya slaughter shows, yet again, that atrocities against voiceless Muslims count for little or nothing in the chanceries of the West 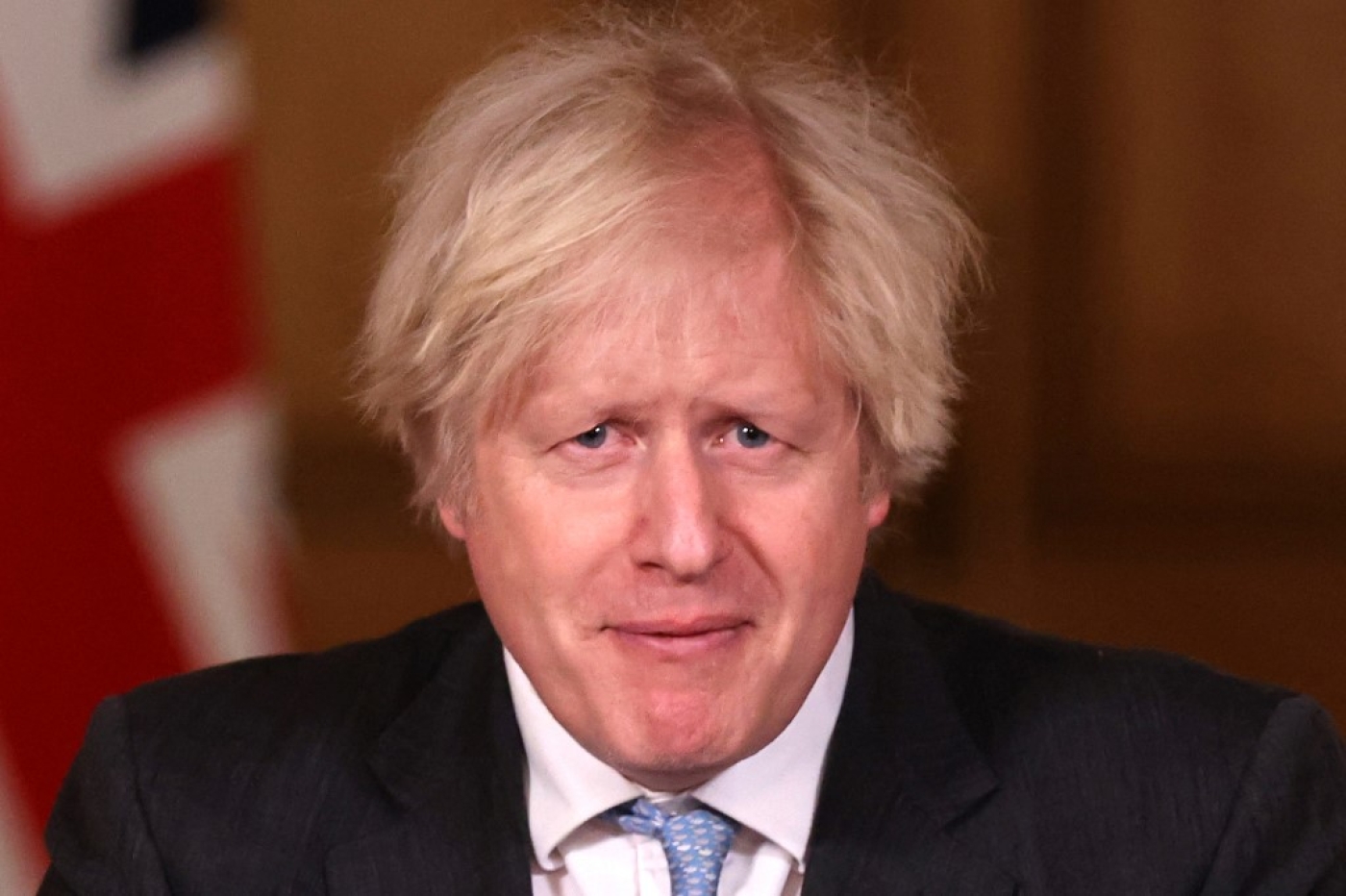 Quite right, many would say, to protest against the return of Myanmar’s military dictatorship. And while I profoundly agree that this military takeover is dangerous and must be condemned, there is a double standard operating here; all this virtue-signalling from Britain and the West carries zero conviction or credibility.

Let’s recall first the western reaction to the attempted coup against President Recep Tayyip Erdogan in Turkey in July 2016. As Turkish army officers occupied the airports and bombed the parliament, the US embassy in Ankara, in an emergency message to US citizens, called the attempted military takeover an “uprising”.

BBC Arabic, Sky News Arabic, Al Arabiya, ITN and US networks all ran commentaries saying Erdogan was done for. As David Hearst wrote in Middle East Eye at the time: “Only when it was already obvious that the coup was failing did President Barack Obama and [Secretary of State John] Kerry issue a statement unambiguously backing Erdogan.”

Selective western outrage over human rights issues has been a permanent feature of British and American foreign policy statements, all the way back to the Iranian coup in 1953

I remember watching the BBC in open-mouthed astonishment as one of its most senior correspondents briefed viewers. As I noted at the time, it was almost as if he was a spokesman for the coup plotters.

Only three countries clearly supported Erdogan from the outset: Morocco, Qatar and Sudan. Western powers were in favour of the coup against Erdogan - until it failed.

Egypt provides an equally telling comparison. The US made no secret of the fact that it fully supported the military coup that deposed the country’s first freely elected president, Mohamed Morsi, in 2013. Within days, Kerry issued an unequivocal endorsement of the military intervention, including the surreal assertion that the Egyptian military was “restoring democracy”. Washington refused to describe the military takeover as a “coup”.

Britain followed suit. It’s true that after the awful carnage in Rabaa, in which Egyptian forces killed more than 800 protesters in a matter of hours, the western attitude changed, with the suspension of export licences for goods that could be used for internal repression. 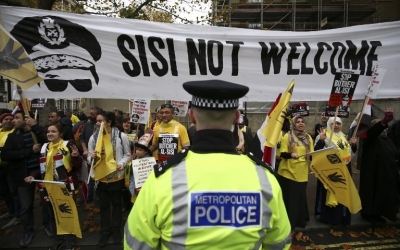 Five years on: How the UK sees opportunity and profit in Sisi's repressive Egypt
Read More »

But those qualms apparently soon disappeared. I have searched the statements made by John Casson, the former British ambassador to Egypt, in the aftermath of the coup. Casson assumed this role in August 2014, two months after General Abdel Fattah al-Sisi took office. Yet, I could find no complaints about the mass murder of Egyptian citizens by Sisi’s regime, nor on the torture and rape of political prisoners in Egyptian prisons.

Instead, the British ambassador dutifully praised Egypt for “building a more stable, more prosperous and more democratic” future. Fresh arms deals were struck, and before long, Sisi was invited to Britain to visit Downing Street. That invitation came just as Morsi was added to Egypt’s ever-growing list of death sentences.

Selective western outrage over human rights issues has been a permanent feature of British and American foreign policy statements, all the way back to the Iranian coup in 1953. It is easy to be cynical, but there is an even darker message from this latest outbreak of hypocrisy in Myanmar: western indifference towards the crime of genocide.

As the Foreign Office summoned the Myanmar ambassador last week, I cast my mind back to the terrible events in Rakhine province in August and September 2017, when the army, supported by local gangs, went systematically through Rohingya Muslim villages, raping, burning and killing along the way.

These killings were systematic and planned in advance. Many good judges, including UN investigators, have described it as a genocide.

In Britain, Johnson was then the foreign secretary. Back then, he did not call in the Myanmar ambassador to complain; instead, he threw a protective arm around Aung San Suu Kyi’s government as the massacres proceeded.

At an emergency debate on the matter, Mark Field, speaking for Johnson’s foreign office, condemned “attacks by Rohingya militants on Burmese security forces” without acknowledging the systematic process of state-sponsored rape, murder, burning and beheading.

Given the terrible circumstances, I believe Field’s speech was one the darkest moments in the recent history of British foreign policy. It was made more disgraceful by the fact that Britain was the “penholder” on Myanmar at the UN Security Council.

As prime minister, Johnson has maintained his indifference to the plight of the Rohingya. Most shamefully, his government has failed to join the case brought by Gambia against Myanmar for breach of the Genocide Convention as a response to Myanmar’s treatment of the Rohingya. Three cheers for Gambia, but as UN penholder, Britain should have brought this case.

Johnson now has a proven record of failing to stand up against genocide. This week, his government blocked a move in the House of Commons to give UK courts a role in determining whether a country is committing genocide.

This was achieved through cynical means, with the vote arranged so that if Tory rebels backed the amendment, they would also be backing a separate Labour-sponsored amendment imposing human rights audits before trade deals are signed.

There is a deeper moral here than the Johnson government’s cheap and shallow tolerance of inhumanity. The terrible case of the Rohingya genocide shows, yet again, that the slaughter of voiceless Muslims counts for little or nothing in the chanceries of the West. 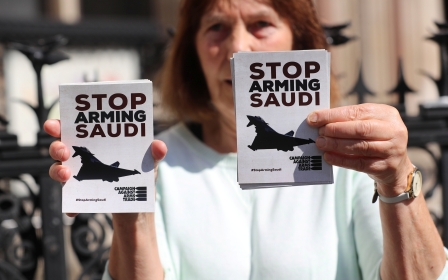 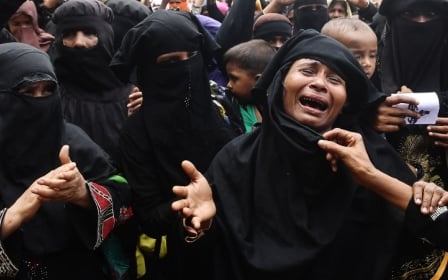 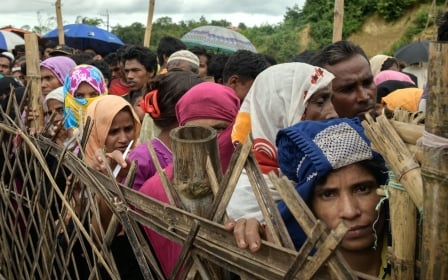