US must identify IS, not Assad, as the main enemy in Syria 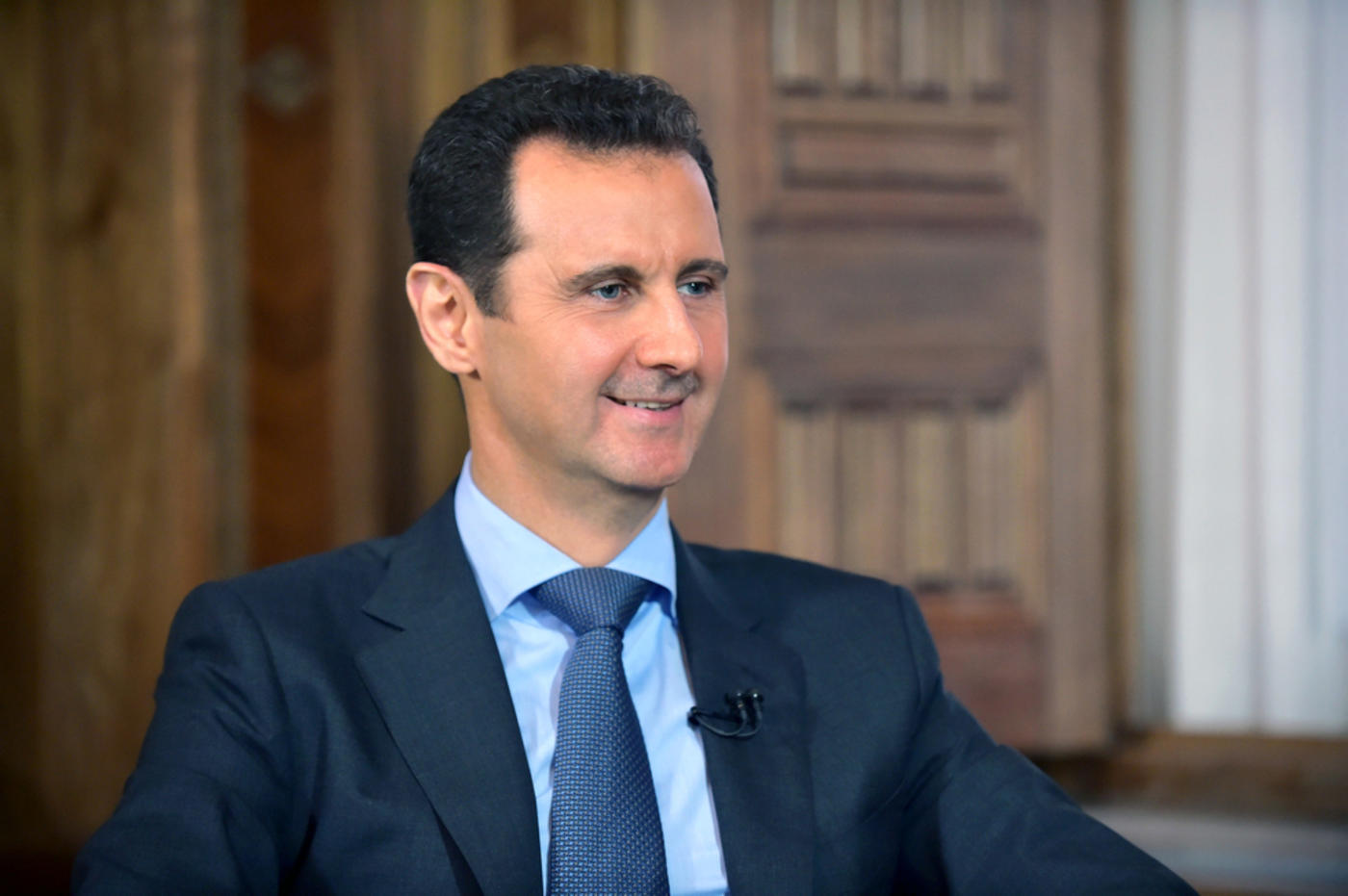 The Obama administration’s acceptance of Russia’s invitation for military talks on Syria is welcome, though it also adds a new layer of confusion to Washington’s handling of the Syrian crisis.

Earlier in the week the administration was seething with public indignation over a Russian build-up of facilities in the Latakia region on Syria’s Mediterranean coast, and persuading its Nato allies to join a chorus of protest.

The US has been intervening in the civil war with air strikes for a year, and arming and training opposition groups for more than three years, so its accusation that Russian military involvement is increasing instability in Syria is more than mildly hypocritical. Nor is there anything new in Russia’s despatch of military hardware to Bashar al-Assad’s forces.

Perhaps the real reason for Washington’s irritation is that Moscow’s latest military deliveries to Syria show that Western governments’ regularly repeated propaganda hints that Vladimir Putin is preparing to dump Assad are empty.

“We are supporting the government of Syria in the fight against terrorist aggression, and we are offering and will continue to offer it necessary military and technical assistance, and we call on other countries to join us,” Putin told the six-nation Russian-led Collective Security Treaty Organisation at a summit in Dushanbe this week.

“It’s obvious that without the Syrian authorities and the military playing an active role, without the Syrian Army fighting the Islamic State on the ground, it’s impossible to drive terrorists from this country and from the region as a whole,” he said.

Washington’s willingness to hold what the White House calls “tactical, practical discussions” with Moscow on how to fight the Islamic State group may also have been prompted by the latest fiasco in the US effort to train so-called moderate fighters against IS.

Division 30, a group of some 54 US-backed fighters, was broken up in July when one of their leaders and his deputy, along with six other men were kidnapped just after they had crossed from Turkey into western Syria. The rest were wounded or fled.

The abductors belonged to Jabhat al-Nusra, which is affiliated to al-Qaeda, in yet another reminder that IS is not the only extremist group in Syria.

The Pentagon had planned to build a force of some 5,000 men by the end of this year to take on IS at a cost of $500mn but this week, under sustained questioning from the Senate Armed Services Committee, General Lloyd Austin who heads US Central Command and is in charge of US military operations in Syria and Iraq admitted that as of now only “four or five” US-trained men were fighting in Syria.

The contrast with IS which has an endless supply of recruits flabbergasted the Senators. One called the administration’s strategy “a joke”.

The Republican John McCain said it showed the administration's counter-IS strategy was an "abject failure".

The general’s testimony came as the administration was already reeling from news reports that 50 US intelligence specialists had filed written complaints to the Pentagon that senior officials at Central Command were pressuring them to make their reports of progress in the fight against IS more upbeat.

General Austin was at least able to refer to one set of “boots on the ground” which is proving successful against IS and with whom the US is co-ordinating.

These are the People’s Protection Units (YPG) based in the largely Kurdish area of north-eastern Syria near the Turkish border.

They are closely linked to Turkey’s Kurdistan Workers’ Party (PKK). The US lists the PKK, but not the YPG, as a terrorist organisation.

“There are things that we can do to continue to help as they (YPG) try to get supplies into northern Syria, work with the Kurds in northern Iraq to help make sure that we have lines of communication that facilitate that,” General Austin said.

Other US officials told the Associated Press yesterday that the “train-and-equip” programme would be adjusted.

US-trained rebels would be embedded with YPG units to provide intelligence for US airstrikes and to coordinate with US forces plotting targets. These would be specialist roles and the number of men would be reduced, perhaps to 500.

The largest set of anti-IS “boots on the ground” remains Assad’s national army. The crucial question is whether the promised US-Russian talks will broach the issue of US support for, or at least coordination with, Assad’s forces.

Can Obama afford, or dare, to change the US strategy of denouncing Assad and come round to a position of working with his forces, if not with him?

Current US policy is based on wishful thinking that IS and Assad will both disappear simultaneously, although occasional voices in Congress have called on the White House to be realistic. Instead of expecting the impossible, they should consider which result is the lesser evil.

Is an IS victory over Assad really desirable? Libya’s current chaos offers a terrible warning. So too does Iraq. It has become the conventional wisdom in Washington, and Obama himself has said it, that the US blundered by disbanding the Iraqi army and destroying Iraq’s administrative apparatus. The same chaos would ensue in Syria.

The argument, which has become prominent since the refugee crisis came to Europe’s shores, that Assad’s army has caused more civilian casualties and more misery than IS, may sound good in a debating chamber.

It is no guide to the likelihood of catastrophic killing and the genocide of religious and ethnic minorities which would follow an IS victory in Damascus and Syria’s other big cities.

Nor would IS stop at Syria’s borders. Iraq, Jordan, Lebanon, even Turkey could be threatened.

In an interview with Russian media on Wednesday Assad denounced the US-led coalition.

“ISIS has been expanding. In other words, the coalition has failed and has no real impact on the ground,” he said, using an alternative acronym for IS.

Asked whether there were direct or indirect contacts or coordination between his government and the US coalition since the US began its airstrikes exactly year ago he said he was only given notice of the impending strikes on the first day.

“There’s not a single coordination or contact between the Syrian government and the United States government or between the Syrian army and the US army. This is because they cannot confess, they cannot accept the reality that we are the only power fighting ISIS on the ground. For them, maybe, if they deal or cooperate with the Syrian Army, this is like a recognition of our effectiveness in fighting ISIS. This is part of the willful blindness of the US administration, unfortunately," he said.

The Russian-US talks on Syria could bring the beginning of a change. If Assad insists on face-to-face discussions with a US envoy, or even the Secretary of State John Kerry, as a way of starting military collaboration, the talks will probably go nowhere.

Breaking Assad’s diplomatic isolation would be too much of a U-turn for Obama to make. But the Americans could start tactical and practical (to use the White House epithets) coordination with the Russian military in Syria.

The Syrian high command would need to be involved indirectly, or even directly if the talks are widened to become a tripartite affair.

Such a move could not be secret. It would have to be announced with a clear signal from Obama that he had decided IS was the main enemy in Syria. Taking the political heat off Assad would be a major disappointment for many people in what remains of civil society inside Syria.

But there are also many Syrians who recognise that their movement for reform in 2011, and all the street demonstrations of that year, have been irreversibly replaced by a proxy war of outside powers and the rise of murderous extremists who distort the name of Islam. Undermining them has to be the main priority.